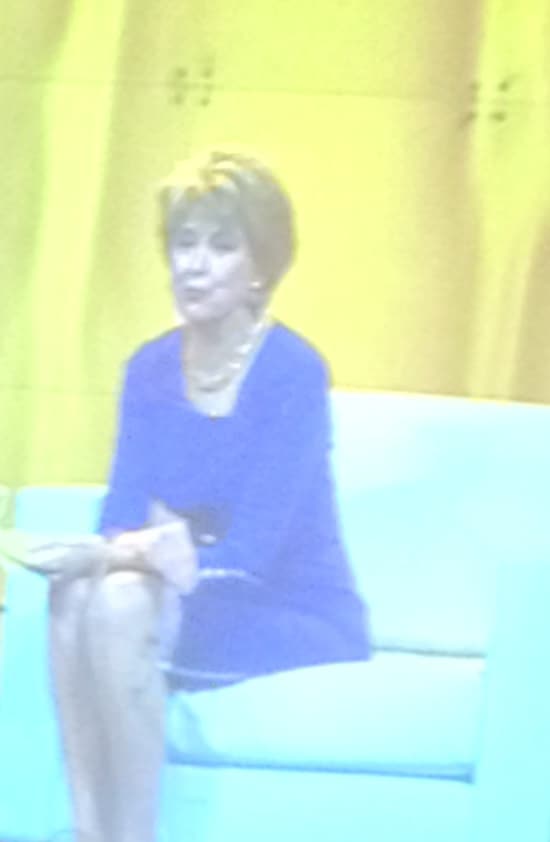 Earlier this month, I attended the Pennsylvania Conference For Women along with almost 8000 other women. It was an impressive showing and an important audience. I learned from the media kit that not only do women make up 50.8% of the U.S. population per the census, but the largest demographic of women are between the ages of 50-54 (7.1%). Go boomer girls go!

I was excited to have a press pass to cover the event. There were many keynote speakers and one of my favorites was Jane Pauley.

Who Is Jane Pauley?
“Who is Jane Pauley?” asked my son D when I picked him up at the bus stop. D was visiting for the weekend. “How could you not know who Jane Pauley is,” I replied. “She is a former co-host of The Today Show.” Then I realized that Jane Pauley was the co-host from 1976 – 1989. She ended her reign the year before D was born.

I told D that Jane Pauley had been a mentor from afar (actually not that far since I was a summer intern at NBC News in 1976). She was the person I woke up to on the news every morning when I was his age. Soon Jane will be 64 years old and she recently took a job as correspondent for CBS Sunday Morning. She also is the author of a new book, Your Life Calling, about people who are reimagining their lives during their second act. (Check out Jane’s show on AARP.com too!) 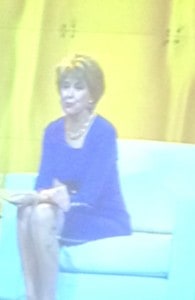 Jane Pauley shared her wisdom during her keynote.

Jane Shares Her Wisdom
Jane had very inspiring things to say about baby boomers during her interview at the opening session:

♦ “People in their 50’s are more vital today than 10 years ago,” said Jane. (I agree Jane. I feel more vibrant, spirited and active these days. I get more exercise and so do many other boomer women I know.)

♦ “Exit used to be what retirement was. Now it’s a different world,” said Jane. “We are going to live a lot longer than we’re thinking we’re going to live.” (I hope so Jane. I retired from my full-time corporate job a year ago. I don’t feel retired from life. If anything I feel more invigorated.)

♦ She shared insights from her book and talked about Barbara, a former stay-at-home mom and volunteer, who during her life after 50 started a non-profit organization called Fresh Artists. “It’s okay to be scared. The future is unknown. Don’t hold out for that perfect someone,” said Jane. “You have many someones inside of you.” (I do? Oh Jane, it is a bit scary, but this is wonderful news.)

♦ Jane noted research on wellness and satisfaction which was promising: The chart showed the worst satisfaction during one’s 30s when people have a job and young kids. It was higher in your 40s and 50s and was the highest in the 65+ age group. “We are making  older look aspirational,” said Jane. (Yep, those younger years were stressful. Sometimes I wonder how I juggled it all. I do feel a sense of calmness and accomplishment now that my kids are grown and on their own.)

♦ She defines success “as having the courage to say yes, to try something hard.” (Lately I’ve been building up my courage to work on my memoir. It’s hard work. I’ve also been exploring learning more about yoga. Am I capable of being a yoga teacher? Do I want to be a yoga teacher? I need to do more exploring.)

♦ Jane reads The New York Times every morning. “The newspaper is filled with ideas. I’ve been doing this for 20 years.” (I’ve been doing it too, Jane! Some days I don’t want to leave the breakfast table because there is so much to learn.)

♦ Jane closed her keynote with an uplifting quote from The Washington Post, reminding the large audience of women that “Inspiration is everywhere, but you have to be looking. You may not know what and I hope you find it everywhere you look.”

Note: Congratulations to Helene B, winner of the giveaway for Jane Pauley’s book!