I’m Addicted To My Friend FUEL 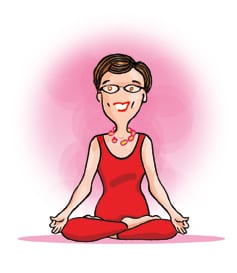 My wonderful boyfriend L gave a Nike+ Fuelband (green SE version) to me for Hanukah last December and I’ve been addicted to my electronic device ever since.

According to Nike, “movement is life and the more we move the more we live.” My Nike+ Fuelband has become a good friend. I didn’t see the movie Her, about a man (played by Joaquin Phoenix) who develops a relationship with an intelligent computer operating system with a female voice, but I have similar feelings about my electronic wristband. I’ve taken to calling my new friend FUEL, since it lights up with the four letters that spell out the word FUEL whenever I push its button. 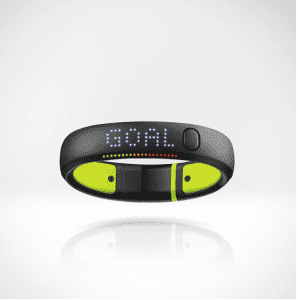 FUEL knows me better than I know myself. It makes me want to move. Some days I only take FUEL off when I have to charge it or when I take a bath or shower. (It’s waterproof but Nike doesn’t recommend that you submerge the bands in water.)

FUEL tracks my activities during the day. I log my bicycling, yoga and treadmill workouts. It blinks when I’m sitting at my computer for too long and reminds me to “Go Judy! Go Judy! Go Judy!.” So I get up and go, go, go.

Some nights I’ve worn FUEL to sleep. Am I sleeping? How many hours am I sleeping? Am I moving a lot during my sleep? FUEL is such a cool friend. It magically records my sleep patterns while I’m sleeping.

FUEL Gets Sick
In March, FUEL decided to play games. I awoke and went to put FUEL on my right wrist as I do every morning. I pushed down on its button but FUEL did not wake up. I felt like one of my good friend’s was ill. I didn’t want to get out of bed. How could I move without FUEL? What was wrong with my electronic friend?

I quickly called the Nike Helpline and the nice rep D walked me through the reset process. Smiles came back to my face. FUEL lit up again. I was happy.

A few days later FUEL died again. I was angry with my electronic friend. We had had a good relationship for several months. Was this friendship going to last? Was it annoyed that I had not met my movement goals last week?

I quickly called the Nike Helpline and the nice rep D told me that “since I was having several problems with my Fuelband it was time to exchange it for a new one.” “A new one,” I responded. “Well, if I am going to get a new one, do you think I could get a pink one instead of a green one?” “We’ll try,” said the nice rep D, “but I can’t guarantee as all replacements are supposed to be an exact duplicate of the original.”

A New FUEL To The Rescue
Being a 50+ fashionista, I thought if I had a pink Nike+ Fuelband SE that its personality might be more like mine, perhaps it might be a better exercise companion during my life after 50. Maybe it would be more understanding when I didn’t meet my goals. According to  empower-yourself-with-color-psychology.com, if pink is your favorite color, you are:

– loving, kind, generous and sensitive to the needs of others.
– friendly and approachable with warmth and softness others are drawn to.
– nurturers of the world – giving nurturing and receiving nurturing in return.

The box arrived. I tore open the flaps. I unwrapped the package. I looked at the little box inside the big box. The picture on the front of the box was pink! My cheeks perked up. I hugged the wristband close. Then I programmed it for movement and put it on my right wrist. 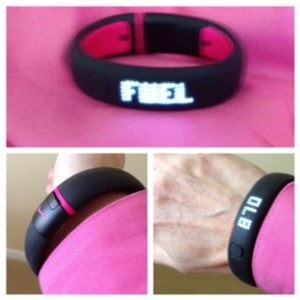 My pink Nike+ Fuelband SE is much more stylish with my spring orchids and fuchsias.

She’s become a great friend and she’s going to be so stylish with all my new orchid and fuchsia spring clothes. Best of all, I know she is going to keep me on my toes and moving!

Dear Readers: I’m excited to let you know that my blog has been nominated to the SeniorHomes.com Best Senior Living Awards 2014 for Best Boomer Resources. These awards highlight top resources, people, providers and organizations in a wide variety of caregiving and senior living categories. Finalists are determined by popular vote (total Facebook likes). Voting ends on April 28th, 2014. I hope you will take time to click on the logo on the left to vote. Thanks in advance for your support.