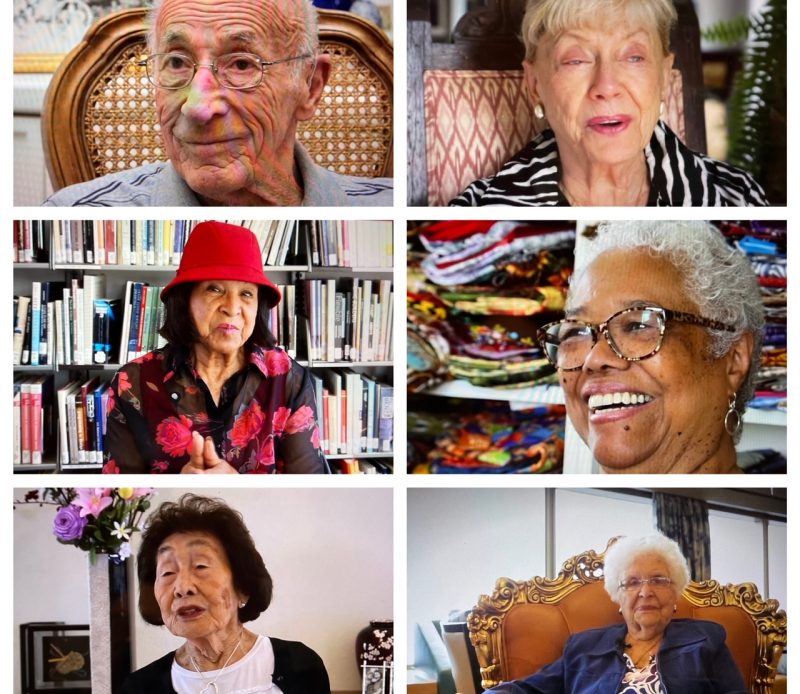 During the 7th Annual Symposium on Positive Aging hosted by The Wechsler Center For Modern Aging at the Marlene Meyerson Jewish Community Center Manhattan in New York, I had the chance to view Lives Well Lived, an award-winning documentary by Sky Bergman. The film celebrates the incredible wit and wisdom of adults 75 to 100 years old who are living their lives to the fullest.

It was inspiring to watch, so much so that I thought I would share some of my favorites from the film during this holiday week as a way of giving thanks to our elders. Since I’m approaching my 65th birthday in 2023, I was especially eager to hear what the 40 interviewees, who encompass over 3000 years of experience, have to say about living a meaningful life. 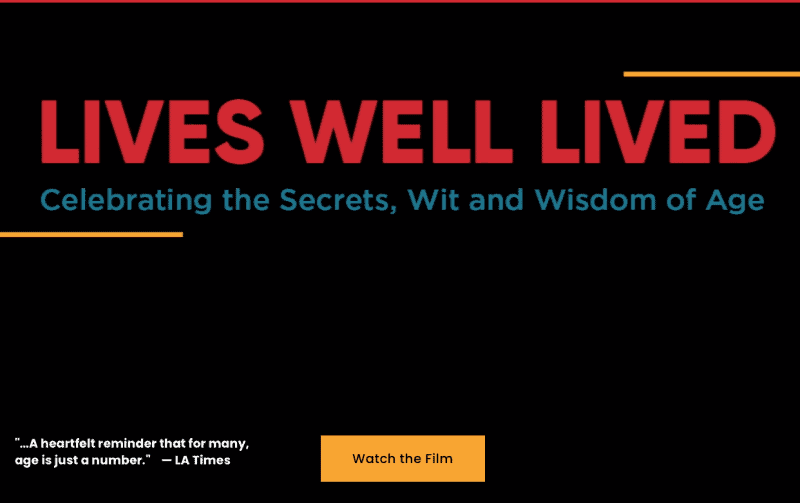 “LIves Well Lived” is an award-winning documentary about positive aging

What is a life well lived

“Endlessly engaged. Do things you like to do. Having friends. Being happy. Having an internal curiosity.” These were some of the comments the Lives Well Lived cast members had to say about a life well lived.

I asked myself the same question and had some of the same answers. How about you?

At 92, Dr. Lou Tedone is a dear soul. He still makes homemade mozzarella cheese for his daughter’s deli. Well-versed in childcare from his multi-decade career as a pediatrician, Dr. Tedone reminded me of Dr. Spock, whose book I used to keep on my nightstand when my kids were infants. A super dad, Dr. Tedone and his wife (who died 22 years ago) raised nine children. Amazing! 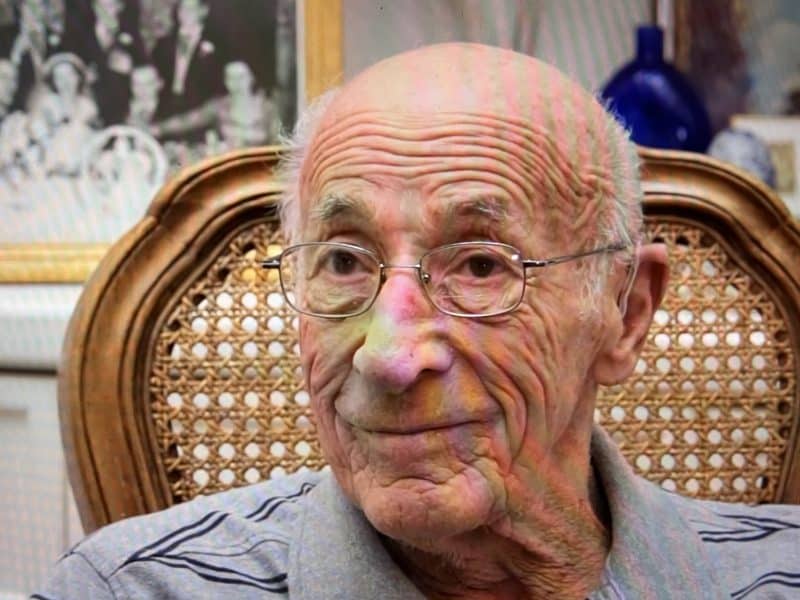 About children says Dr. Tedone: “You feed ’em at one end, wipe ’em at the other end and love ’em in-between.” Perfect advice Dr. Tedone. Superb philosophy for child-rearing. Isn’t his advice the best?

As for being happy, he says: “Happiness is a state of mind. You can be happy with what you have.”

Eighty-six year old Emmy Cleaves won my heart when she shared her love of yoga. A fellow yogini like me, Emmy has been teaching yoga since her son was two. “Yoga is a passion, an obsession,” says Emmy. She credits her flexibility and her long-term health to her yoga practice. 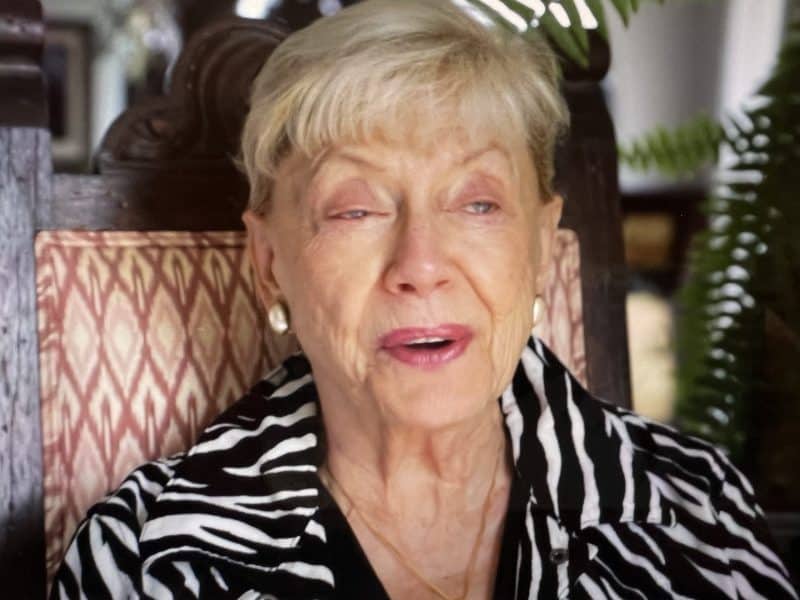 Born in Europe, Emmy’s story is one of sadness. As a Holocaust survivor, she was separated from her mother when she was 15 and never saw her again. Despite such a devastating loss at a young age, Emmy continues to have faith. “I learned when a lot of bad things happen to you, you cannot become a victim, because there is always hope and ability to rise out of that.” And she did. Moving to America after the war, she settled in Los Angeles, where she married and raised her family.

“A happy life is enjoying what you have. Don’t yearn for things you don’t have,” she says.

Growing up poor in California, Rose Albano Ballestero knew what it was like to work hard to get what she wanted. She was the only Latino in her Girl Scout troop and credits the Scouts for helping her develop good life skills. During her teenage years, one of her teachers motivated her to get good grades. She graduated #2 in her class and went on to get her bachelors degree and teaching credentials. She came back to the junior high school where she attended, rising  to become the assistant principal. 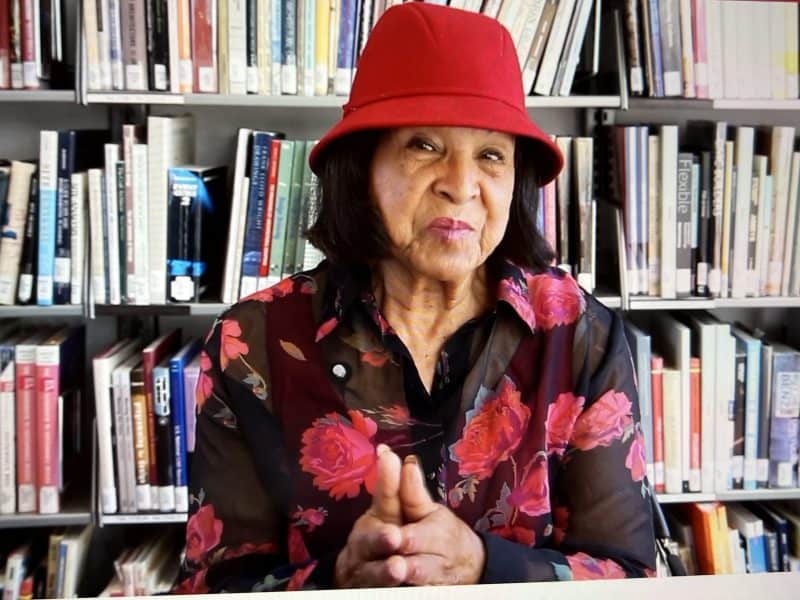 Rose Albano Ballestero is 80 and working towards her PhD

At 80, Rose plans to finish her PhD. “No matter what age you are you still keep learning,” she says. With only six courses to go it sounds like Rose will achieve her goals.

Susy Eto Bauman is 95. Her life wasn’t easy. “Because I was a Japanese American during World War II, my family was taken out of our home when my son was only two. We had to leave everything and we were put in camps. My husband volunteered for the army and never came back from the war,” says Susy. She believes that you have to develop strength to overcome all the obstacles that come your way. 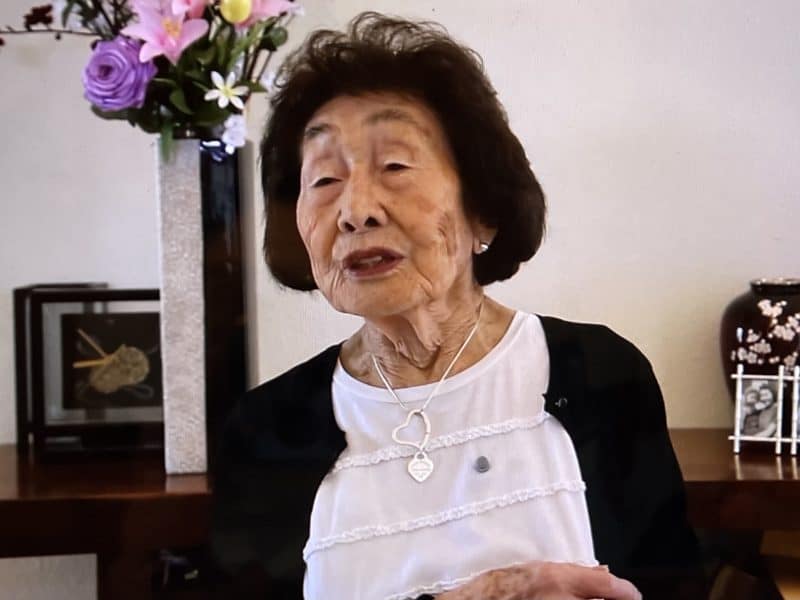 At 95, Susy Bauman likes to go on hikes and walks

Blanche Brown has a titanium knee and pacemaker and at 78 continues to dance and teach dance because she loves dancing. She started dance lessons at 35 after early life as a housewife and hasn’t stopped since. She became part of a dance company and then a dance teacher. Separated from husband Willy Brown, former Mayor of San Francisco, Blanche was an active member of the civil rights movement during the fifties and sixties. “I’d be on the picket lines all the time,” says Blanche.

What do you think about your own mortality? Blanche replied: “I don’t think about it because I’m too much in the present.” 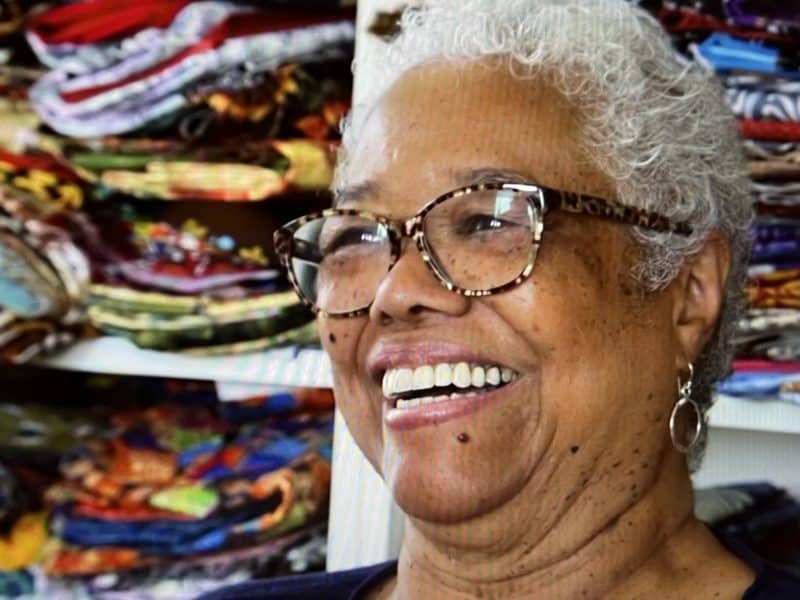 Enjoying life to the fullest

One of the last featured stars is Evelyn Ricciuiti. Evelyn was 103 when the film premiered and we learn at the end that she recently passed away. Evelyn, who happens to be the grandmother of the director Sky Bergman, is the reason why Lives Well Lived was created.

“My 103-year-old Italian grandmother enjoyed exercise, making the best lasagna you’ve ever tasted, and being with family. I started filming her cooking about five years ago when she was 99 years old. I filmed her at the gym because I thought, no one will believe that my grandmother is still working out. I asked her if she could give me a few words of wisdom, and that was the beginning of this adventure,” says Sky. 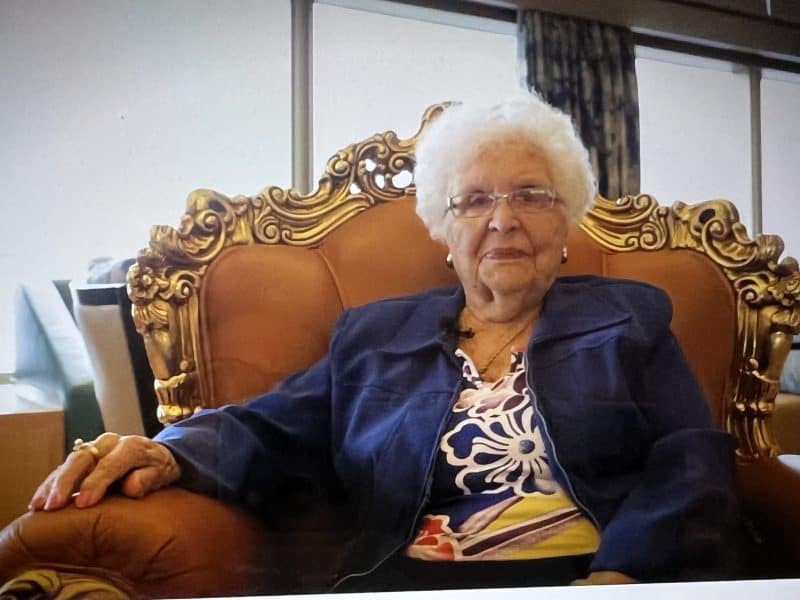 “As I was approaching my 50th year and starting to reflect on my own life, I began a quest to search for other people, who like my grandmother were living life to the limits,” adds Sky.

Evelyn’s wisdom: “Live life to the fullest every day. Be nice to everyone. Age is only a number. It’s how you feel and act that matters.”

How to watch Lives Well Lived

Are you motivated by these elders? I encourage you to watch the entire documentary. You’ll be glad you did and will come away laughing, crying and definitely upbeat about what lies ahead. To find out how to view the film click here.

Ooh, ooh, ooh, if you would like to be considered for inclusion (or have a family or friend who you want to recommend) in the Lives Well Lived online gallery, click here to participate. They only accepting first-hand accounts.

I hope I can be as inspirational as these Life Well Lived stars as I age. Yes I do!

Have a happy Thanksgiving all.