The Brilliance of Women Inspiring Women At BlogHer 15 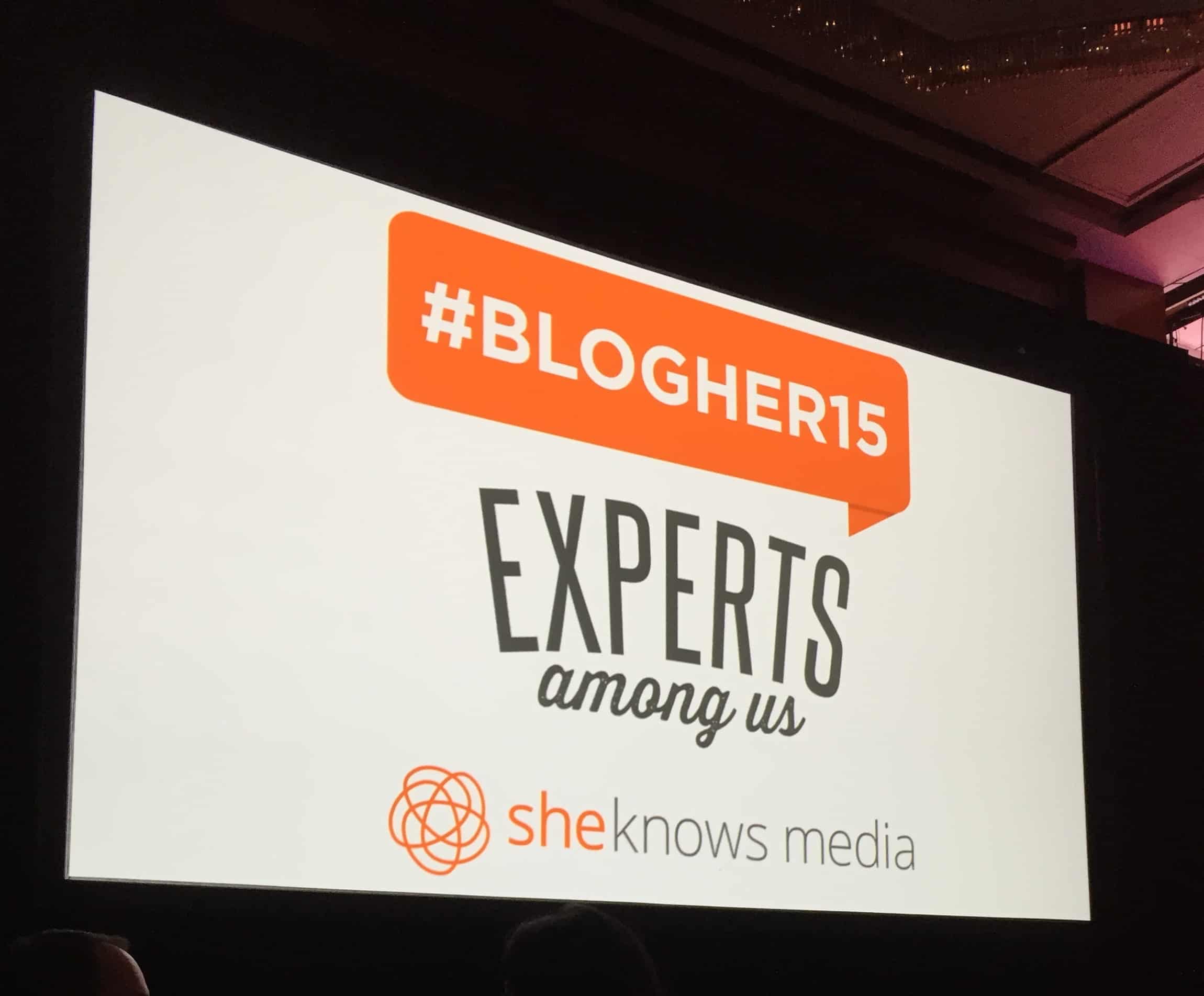 Each summer for the past nine years, I either hop on a plane or train and travel into the blogosphere to attend the BlogHer Conference. It’s an enlightening experience being around so many brilliant and inspiring women.

BlogHer 15, held at Hilton Midtown in New York City, was equally empowering and educational.  When I began my first blog in 2007, only about 400 bloggers attended. A few years later, the blogosphere exploded – more than 5000+ bloggers filled the ballroom. This year, while still large (likely a few thousand) – the crowd seemed more manageable. Blogging continues to be a profession where women excel.

#BlogHer15 was empowering being around so many brilliant and inspiring women. #blogging #lifeafter50 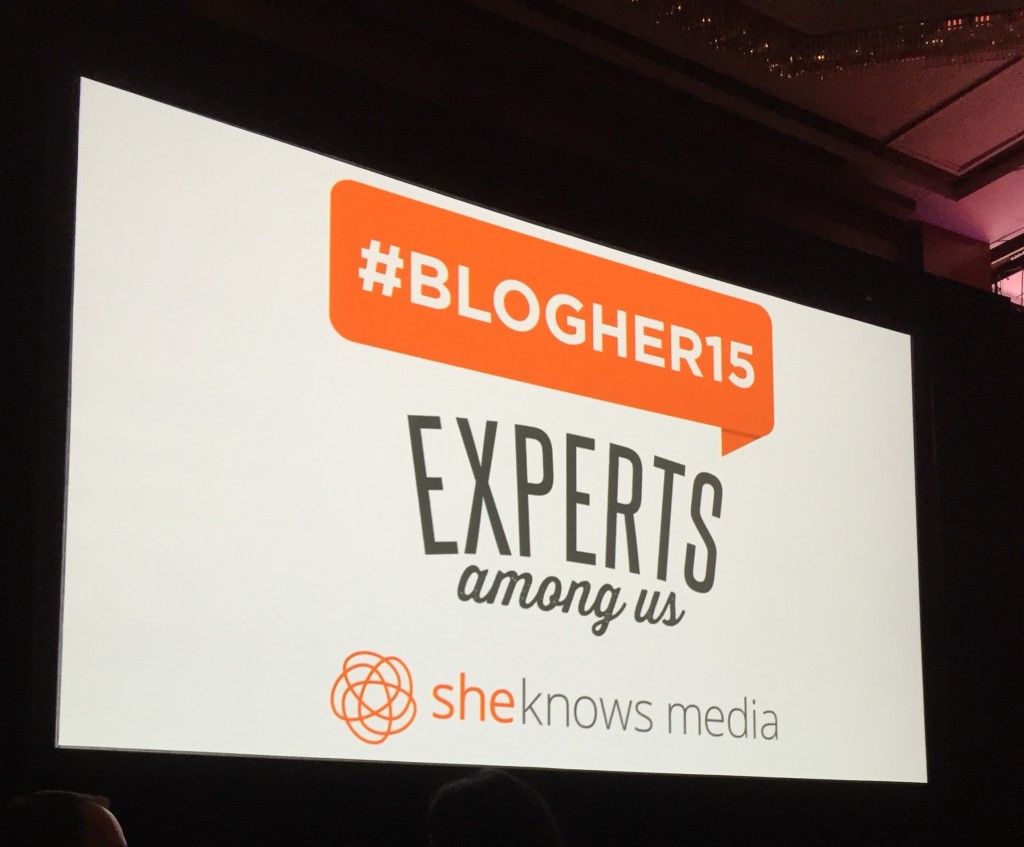 Change Is Constant In The Blogosphere
In 2014, BlogHer founders sold their company (in a deal worth between $30 – $40 million) to She Knows Media, forming the #1 women’s lifestyle brand in the digital space. Their content, including videos, now reaches 80 million monthly viewers and even more social media influencers. New programs such as the Femvertising Awards, honoring excellence in pro-female advertising (check out these great ads), and Hatch, a track to engage the next generation of content creators (don’t you love the name – so cute – and so were the young girls who spoke!), were introduced this year. 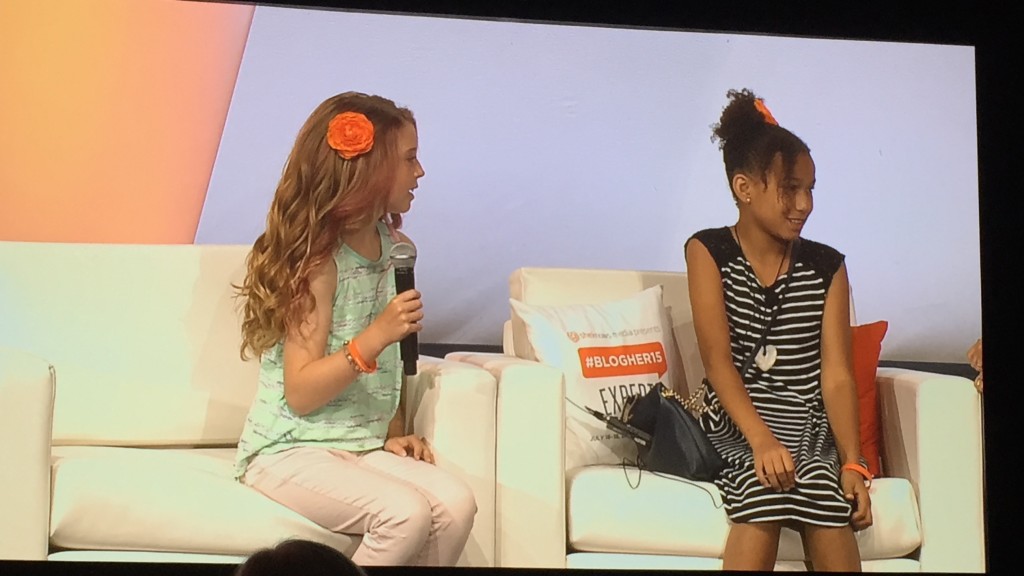 “Hatch” was introduced by She Knows Media as a way to engage the younger generation of social media influencers.

Women Inspiring Women
There were many uplifting speakers at BlogHer 15. The rousing keynotes made the blogosphere blossom:

♥ Soledad O’Brien, CEO of Starfish Media Group and Co-Founder of Starfish Foundation, invests in young women and changes their lives through education. She was joined by remarkable women who she had mentored: Cameron, who graduated from Princeton University, Sheba, who graduated from the University of New Orleans and Ariana, who attends Smith College. “Our best mentors are people who give their time. It’s not about having a lot of money,” said Soledad. (I’ve been a mentor to quite a few women and to my daughter A and son D. After hearing Soledad speak, I want to do more.)

“Our best mentors are people who give their time,” said @soledadobrien #BlogHer15 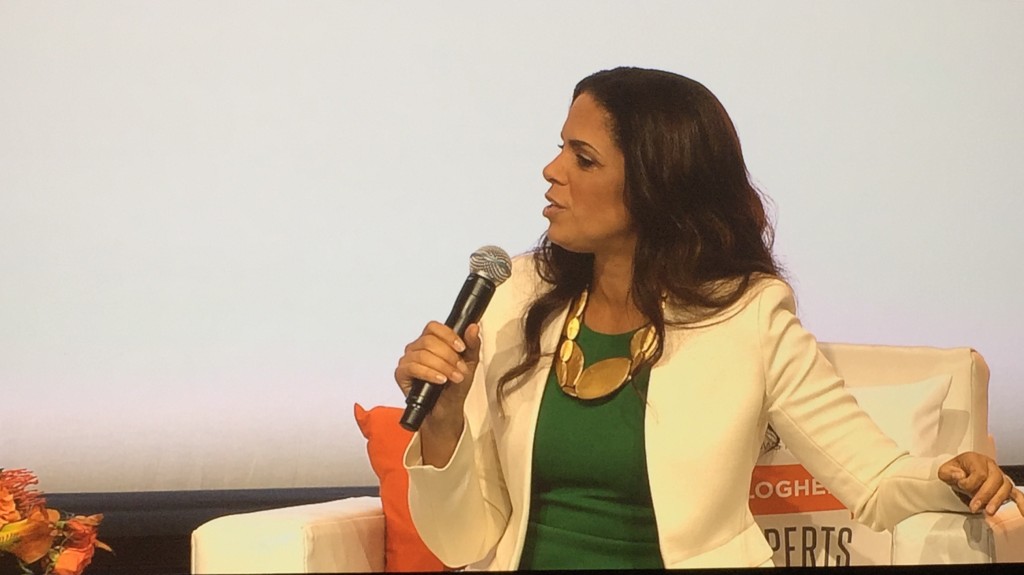 “Our best mentors are people who give their time,” said Soledad O’Brien.

♥ Anna Maria Chavez, first Latino and Woman of Color CEO of Girl Scouts: Being a former Girl Scout and a former local Girl Scout Board member, I was so pleased to hear about exciting things that are happening at Girl Scouts. “By 2020, Girl Scouts will help 3 million youth in underprivileged areas,” said Anna, “We’re all sisters in the movement. There are 59 million Girl Scout alums in the USA. More people give dollars to dog causes than girl causes. Dogs won’t run the world one day.” (Wow-o-wow! I make donations each year to our local Girl Scouts. After hearing Anna speak, I want to donate more.) 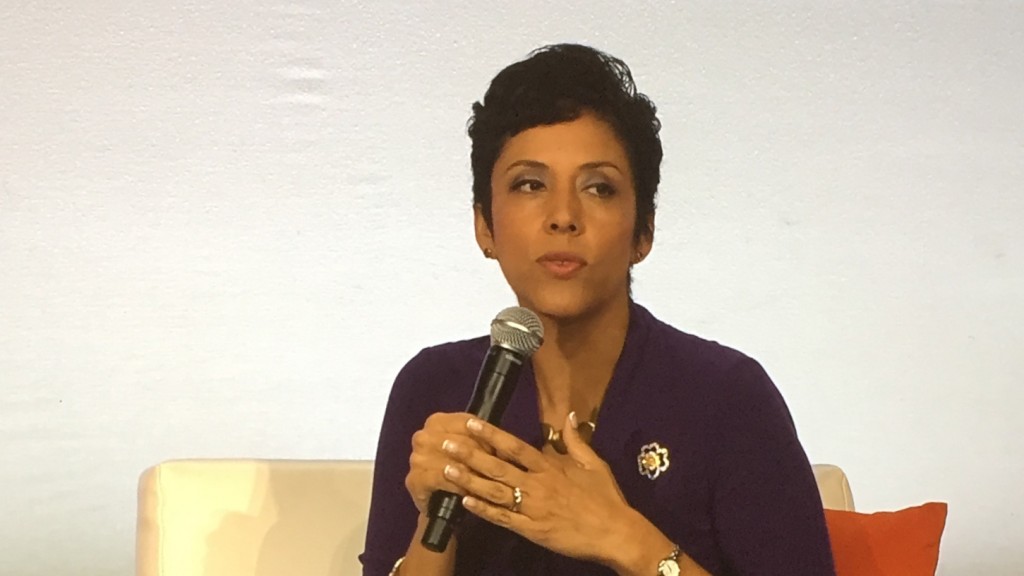 Anna Maria Chavez is the first Latino and Woman of Color CEO of the Girl Scouts.

♥ Gwyneth Paltrow, Academy Award-winning actress and Founder of a lifestyle website, goop, Inc., spoke about divorce, life, and her business. Her most touching words were her story about her late dad. “He took me to Paris when I was 10,” said Gwyneth. “He told me he wanted me to see Paris for the first time with ‘a man who will always love you.’ I miss him.” (I realized that I too had taken my daughter A to Paris for the first time and I took my son D, although he had been there before. I left wanting to travel more places with my children. I want to create more great memories with them. I will always love my children.) 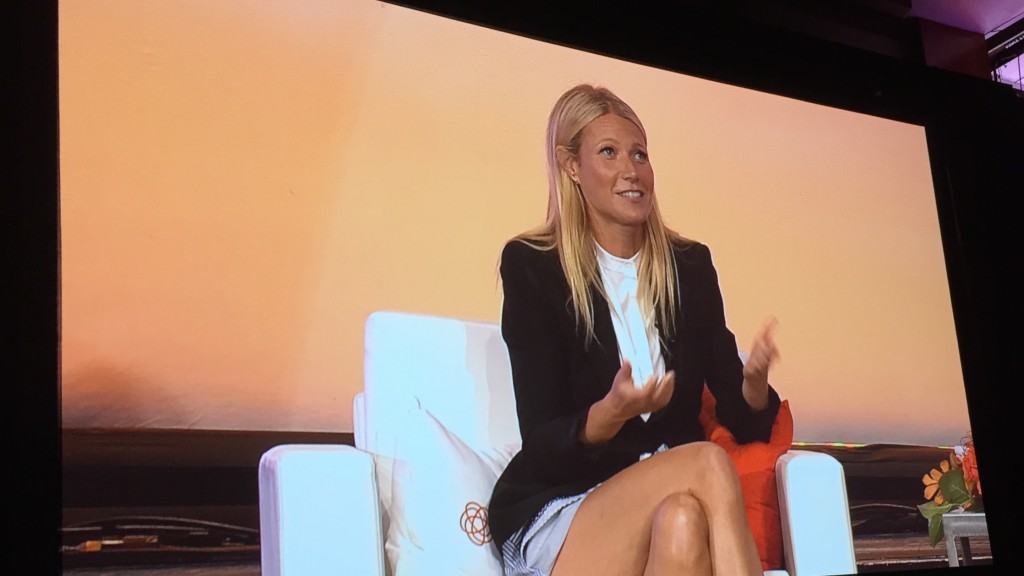 In addition to being an award-winning actress, Gwyneth Paltrow runs goop.com.

Making “The Pitch”
During Saturday morning’s keynote She Knows Media launched “The Pitch.” It was just like Shark Tank. Six inspiring female entrepreneurs had a chance to pitch their businesses to six inspiring judges. I encourage you to watch the 60 second video pitches from these amazing women: 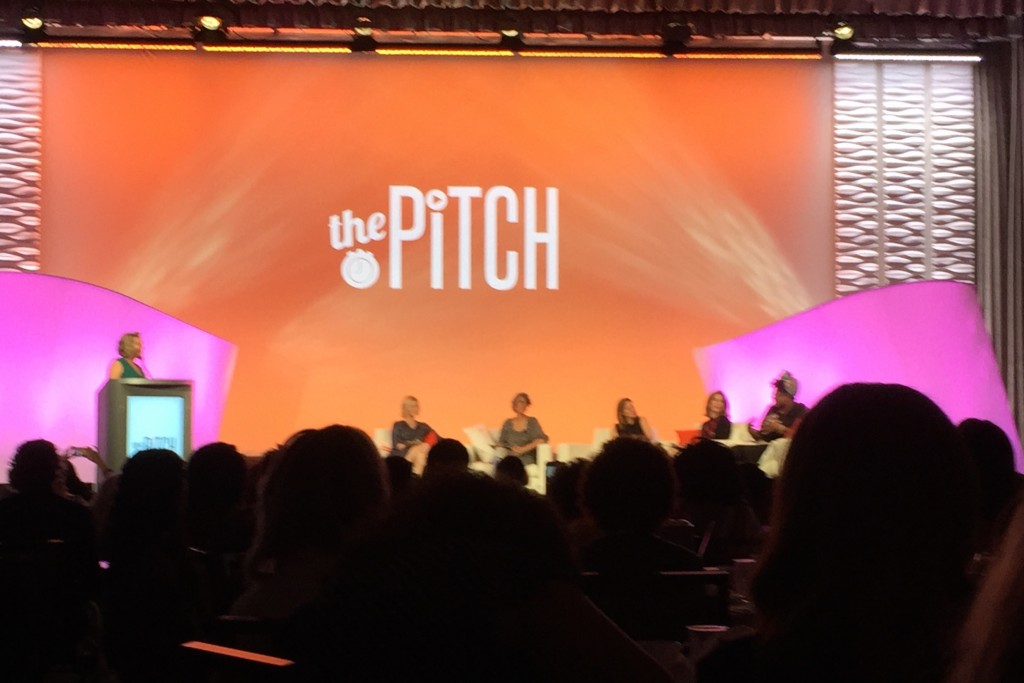 Six women pitched their companies and non-profits at “The Pitch” – all did an amazing job . So did the judges.

The audience had a chance to vote via Twitter and the winner was announced at the end of the conference. Who won? Majora Carter, from he Bronx. “I’m a female entrepreneur and I’m not afraid to cry during my pitch,” said Majora as she passionately pitched the story about  StartUp Box #SouthBronx, a social enterprise to seed diverse participation through entry level jobs. The prize was thousands of dollars worth of marketing services to help expand her company. 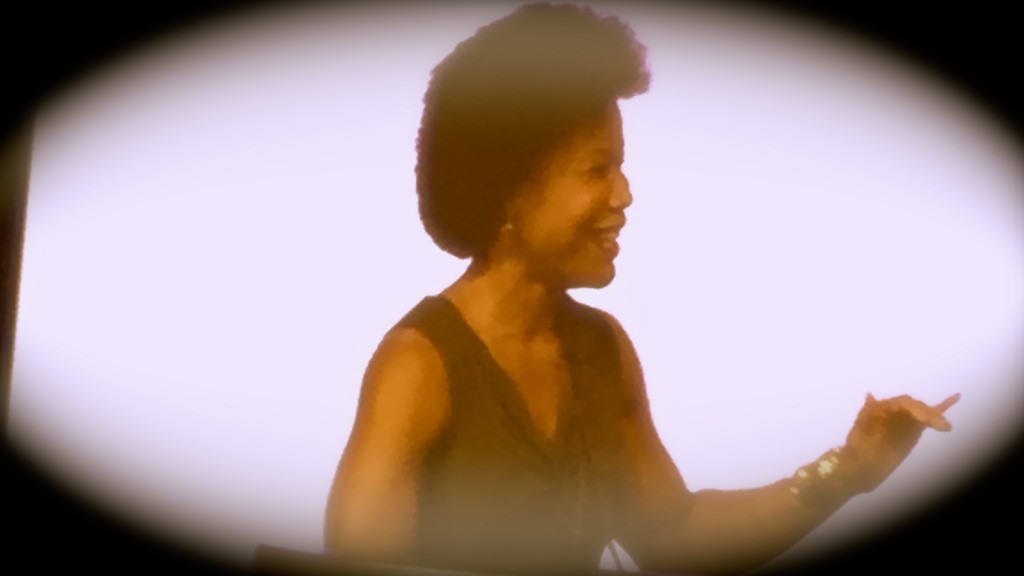 Congrats to Majora Carter, winner of “The Pitch.”

What’s Your Word?
“What word would you like on your bracelet? Choose a word that represents your current intent,” said the woman at The MyIntent Project in the exhibit hall. The company sells necklaces and bracelets hand-crafted with a word of your choice on a round silver-or-gold-toned charm.

According to the MyIntent.org website, “The MyIntent Project is a catalyst for meaningful conversations and positive energy. We believe there is purpose inside each of us and we want our efforts to encourage people to share more truth and inspiration with each other.” 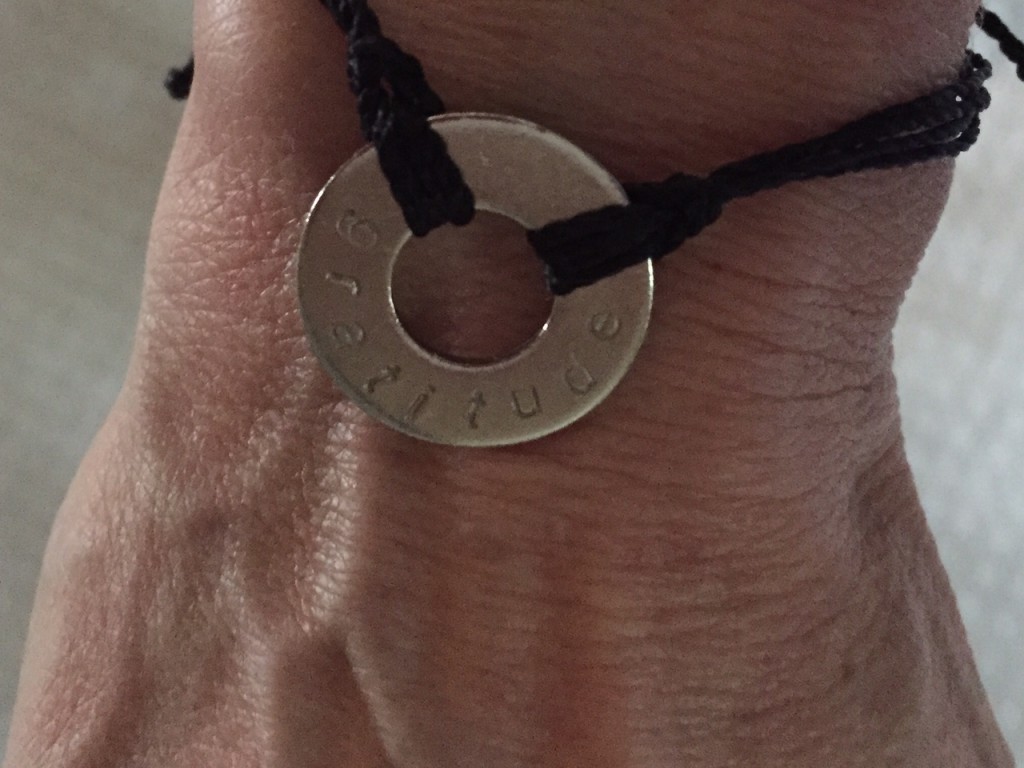 I chose the word GRATITUDE for MyIntent bracelet.

I chose #GRATITUDE for #myintent bracelet. Enter #giveaway to win your word on a bracelet #lifeafter50

I wrap my bracelet around my wrist each morning as a reminder to be grateful for all that I have in my life at this moment.

What’s your word? What do you think the world needs more of? Share it with a comment and enter the Rafflecopter below to win a MyIntent bracelet.