An Inspiring Conversation with Anna Quindlen About Aging & Friendship 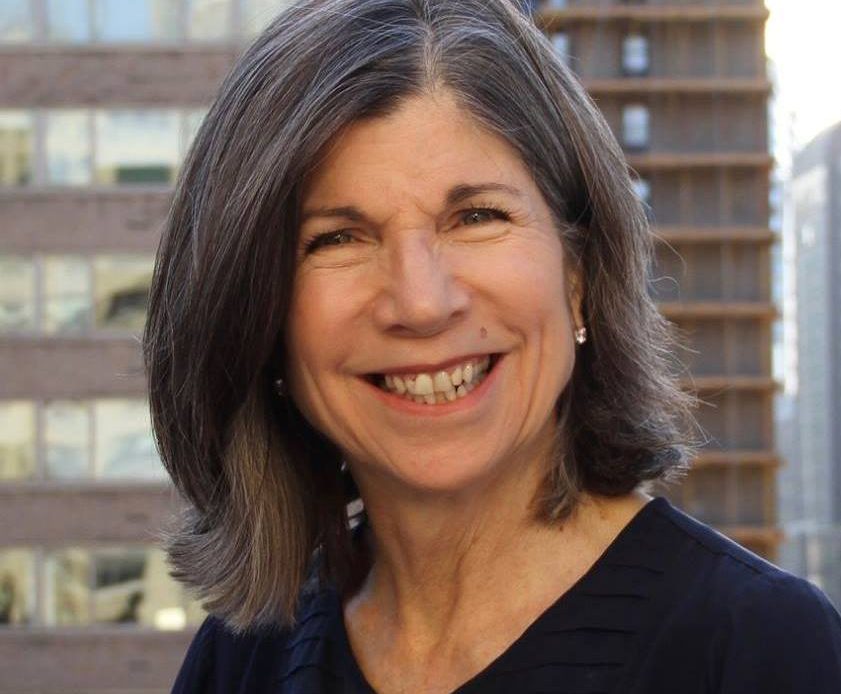 Last week I had the opportunity to participate virtually in the 6th Annual Symposium on Positive Aging hosted by The Weschsler Center For Modern Aging at the Marlene Meyerson Jewish Community Center Manhattan in New York. The theme of the event was Friendship, Connection + Community — three important things we need in our life as we age.

The morning keynote was a conversation between Rabbi Joy Levitt, CEO, Marlene Meyerson JCC Manhattan, and Pulitzer Prize-Winning Author/Journalist Anna Quindlen. Anna is one of my favorite writers. I think I’ve read all her books, both fiction and non-fiction. 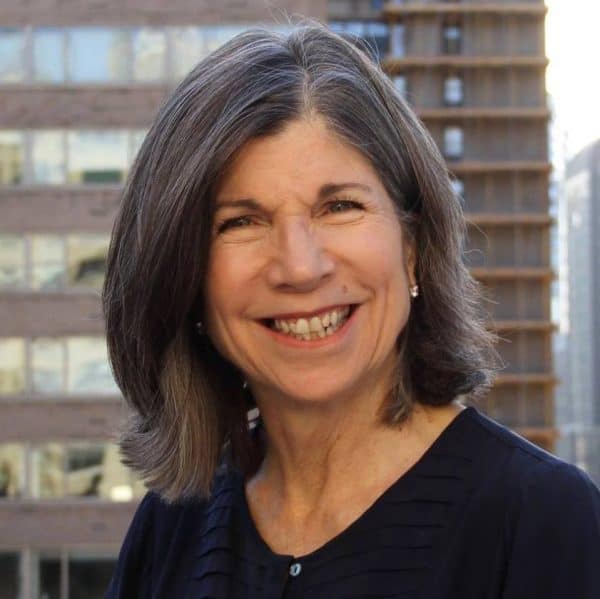 Anna Quindlen is the author of many novels and memoirs

I was so inspired by the conversation between these two life-long friends that I wanted to share excerpts. I could identify with many of the things they said about friendship during the second-half of life. I think you will too.

Rabbi Joy and Anna met at Barnard College when they were undergraduates. Anna had to take a leave at the time when her mother was ill. Sadly, Anna’s mother died in 1972 while in her 40s from ovarian cancer.

Rabbi Joy opened the discussion by telling Anna what her friendship has meant to her. “You are the most honest person I know. I’ve learned about courage and resilience from you. I watched you be an unabashed feminist. I’ve watched you as a religious person. I’ve watched you be incredibly happy as a mother,” said Rabbi Joy.

Rabbi Joy’s words of praise prompted me to think about my own long-term friendships and what they’ve meant to me. I don’t think I would be the same person I am today without my BFFs. 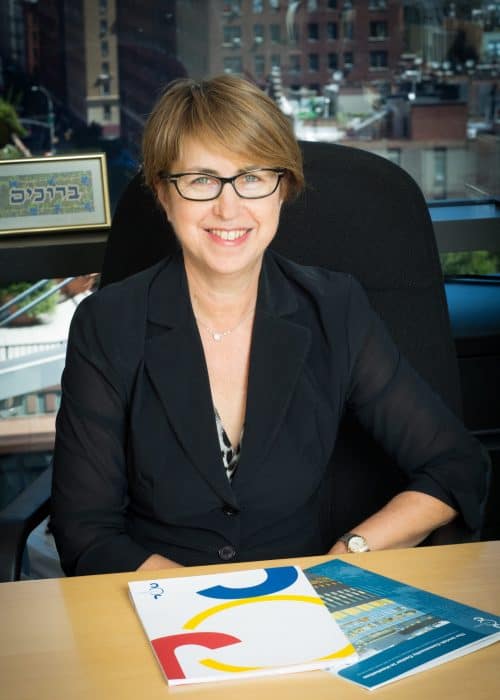 Anna reminisced about all the societal pressures she felt as a college student. “I listened to the voices that tell women what they ought to do and feel,” said Anna. When she turned 50, she declared ” I didn’t give a damn about what anyone thought of me.” That’s one of the benefits of aging.

Rabbi Joy admitted that no one teaches you how to be a friend. “I wasn’t good at being a friend in elementary school, high school or college,” she said. “The best part of this time of my life is making new friends.”

Anna mentioned that she joined a women’s travel group during her life after 50. “I’m pretty high on aging,” said Anna. “I get a privilege of years my mom didn’t get. The negatives or losses as you get older are that some of your friends die,” said Anna, who will be turning 70 on her next birthday.

The duo talked about the terrific quality of intergenerational friendships as we age. “You know yourself better at this age so you know when a friendship is going to work,” explained Rabbi Joy.

I feel the same way. Now that I’m retired, I’ve made new friends who are years older than me, yet we have more in common. Plus I gain so much wisdom from those my age and older. 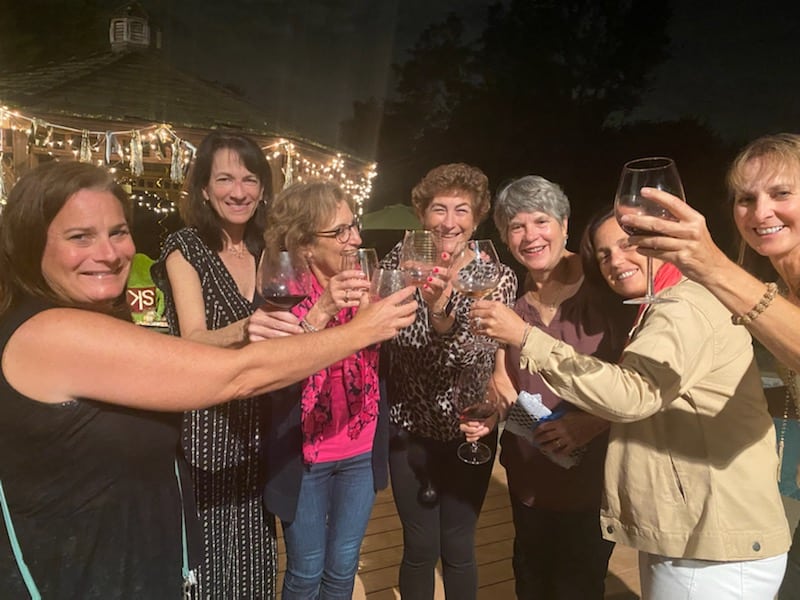 “What is it about your writing?” asked Rabbi Joy. “Some people I talk to say you have been a friend of their’s for years, but they don’t even know you.”

Anna reflected on her “Life in the 30s” column that she wrote in the 1980s for The New York Times. I read the columns religiously and could so identify with everything she said each week. I was in my late 20s and a new mom. I used to cut out her columns and save them to re-read over and over and over again because they were so good. I still have the final “Life in the 30s” column in my files. “Sometimes it is time to examine your life. And sometimes it is time to just live it,” she wrote saying au revoir to her fans.

“There were all these women out there saying you’re writing my life. You made me feel less alone,” Anna commented about her readers. “I wasn’t the only one going through raising kids.”

“Women need that connection,” added Anna. “Women tend to think ‘it’s me.’ For women to know that it’s not only them is the essence of friendship. It makes women feel less alone.” 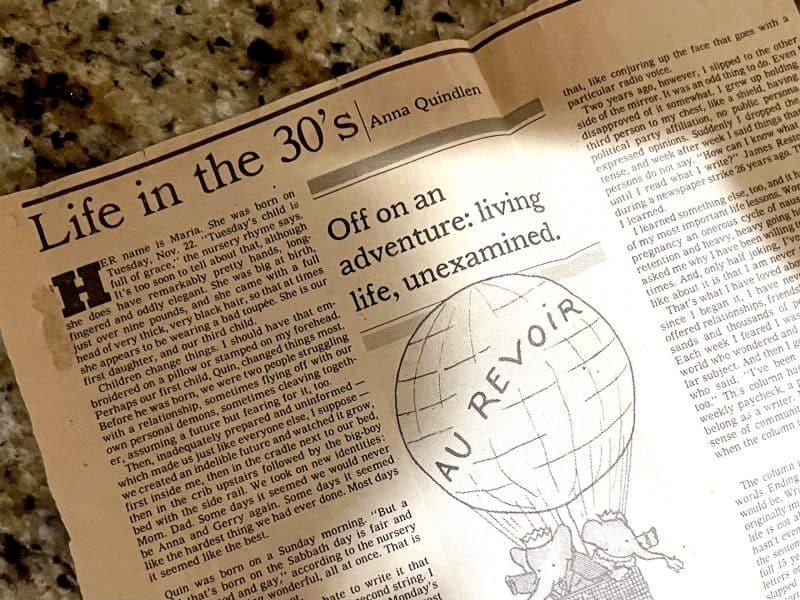 Friendships are different for the sexes

“Men build friendships differently,” said Rabbi Joy in describing the general friendship differences between the sexes. “Women talk about things, struggles and let our feelings out. Women were taught to be communal not opinionated,” she said. “Men do things together. The men don’t have the intimacy that women do in their friendships.”

What real friendship is all about

In closing, Anna reinforced that “real friendship means taking the temperature of your friends by listening, showing up and laughing. That’s the framework for a rich life especially as we get older. It’s so enriching to have friends who know you.” 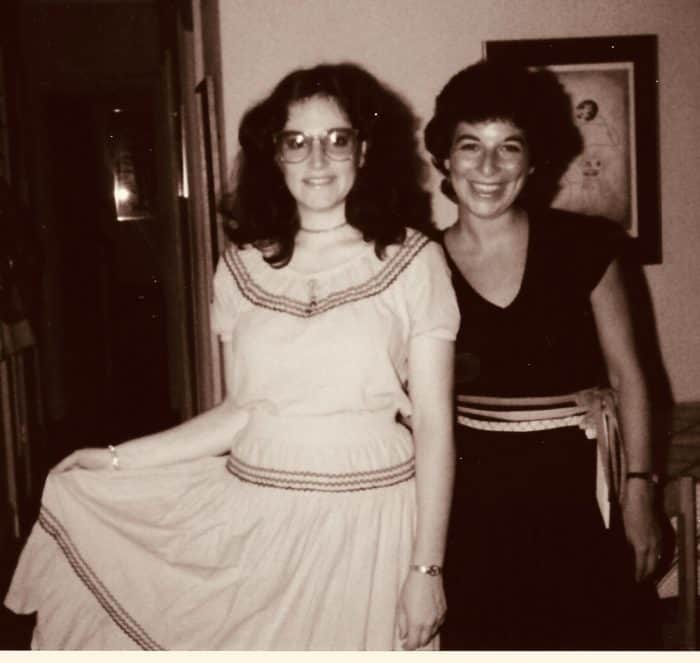 Isn’t Anna wonderful? Don’t you feel like she is your friend? No wonder she won a Pulitzer! And Rabbi Joy so full of wisdom as well.

BTW, this conversation prompted me to revisit my blog post from almost 12 years ago where I reviewed Anna’s memoir at the time, Lots of Candles, Plenty of Cake. Anna was 60 when the book was published and I was in my mid-fifties. It was interesting to go back and read what I wrote from that age perspective. Now that I’m almost 10 years older, I want to re-read Anna’s memoir.

What is your favorite Anna Quindlen book? I think the only one I haven’t read yet is her newest, Nanahood. Maybe because I’m waiting to read it once I become a nana. Ooh, ooh, ooh, forget about that, I better read it now before the cataracts kick in.