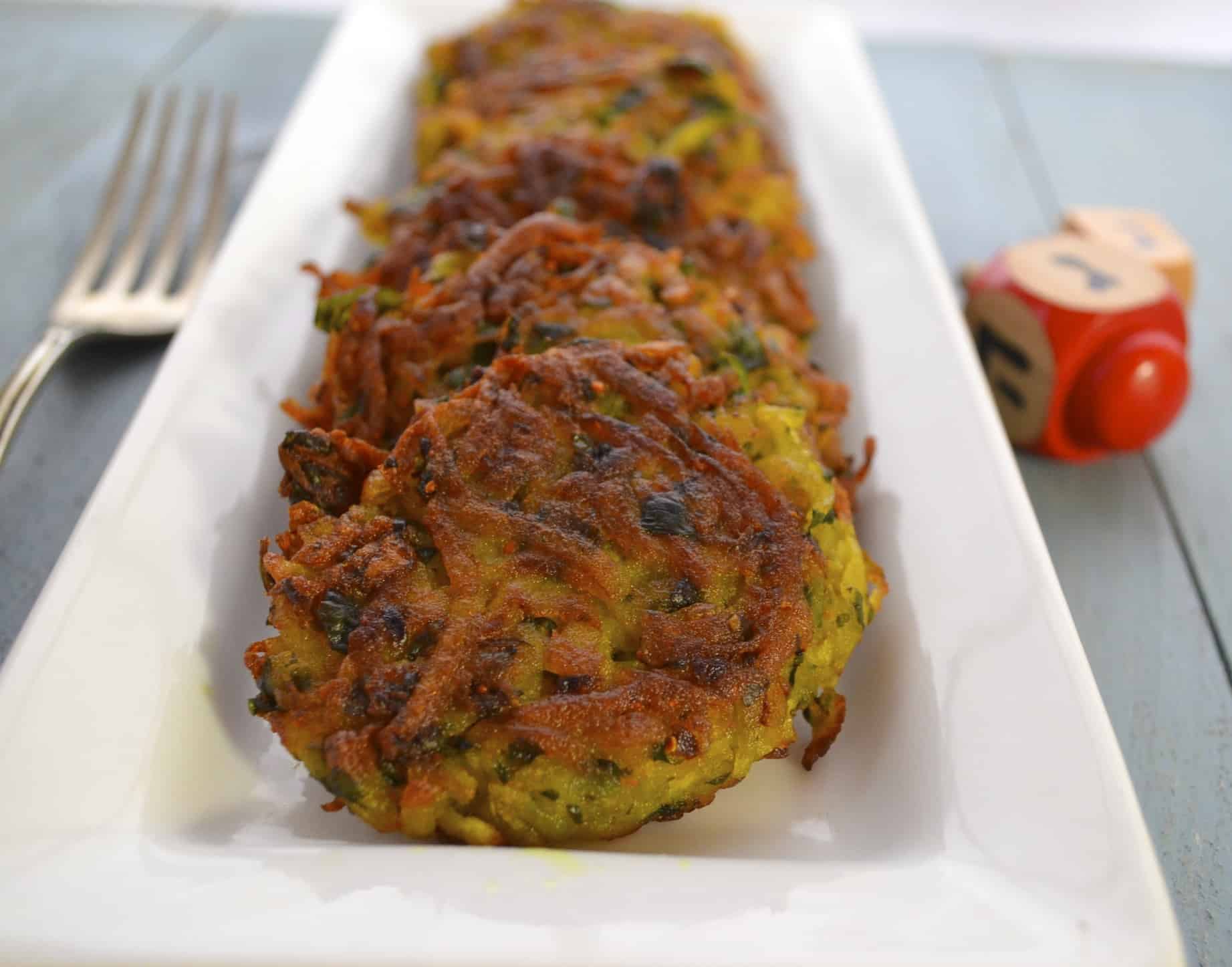 With Hanukkah arriving so early this year, I wasn’t sure if I should serve mashed potatoes or latkes as a side dish for Thanksgiving dinner. 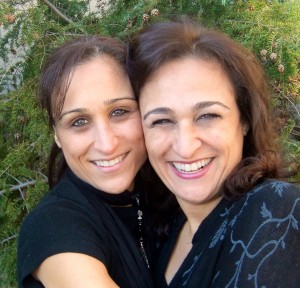 Ruth and Vicky are Chief Foodie Officers of mayihavethatrecipe.com.

Nevertheless, I will be making latkes some time during the eight days of Hanukkah and when I do, I’ll be preparing Moroccan Potato Latkes, created by two sisters, Vicky and Ruth, who grew up in Barcelona, Spain. Vicky and Ruth are Chief Foodie Officers at  mayihavethatrecipe.com, a fabulous food blog, where they share fresh, seasonal, vegan, vegetarian and kosher recipes with an ethnic flair.

I met the sisters, who live nearby me in Southern New Jersey, through a mutual friend. I was delighted that they agreed to provide this guest post for the holiday. 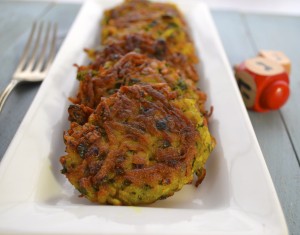 Both sisters enjoy matchmaking in the kitchen. That’s how they came up with the recipe for Moroccan Potato Latkes. “Can you think of a better marriage between two traditions? The Sephardic flavors all Moroccan spices pair nicely with the traditional Ashkenazi Hanukkah favorite,” said Ruth.

“Maybe not a match made in heaven, but in our kitchen, with love, from us to you,” added Vicky.

1.Preheat the oven to 350F. Line a baking sheet with parchment paper.

2.Place grated potatoes in a colander with a bowl or plate underneath. Sprinkle 1 tsp of salt on the potatoes and mix well. Let stand for 10 minutes (the potatoes will release some liquid).

3.Using a cheesecloth or a clean kitchen towel, ring out excess moisture from the grated potatoes (make sure to squeeze out as much liquid as possible).

6. Add garbanzo bean flour, 2 tbs at a time until you have a mix that you can form into patties.

9. Cook at medium heat, 3-4 minutes per side or until golden brown. Place them on a plate lined with paper towels to absorb excess oil.

11. Place latkes on the lined baking sheet and bake for 15-20 minutes or until crispy.

*Note: You can find garbanzo bean flour in the gluten-free or organic sections of supermarkets such as ShopRite or Whole Foods. Bob’s Red Mill brand was used in preparing this recipe.

I hope you enjoy a special twist on this favorite Hanukkah dish. Be sure to visit mayihavethatrecipe.com for more delicious ethnic dishes. I think I am going to try their Thanksgiving recipe for Chianti, Pear & Fresh Cranberry Chutney – it sounds yummy. I love cranberries. If you want a sweet treat, check out the sisters’ recipe for Moroccan Cinnamon Cookies. OMG, they brought me some of these cookies when we first met and I couldn’t stop eating them when I got home. They are simply scrumptious.

Have a wonderful Thanksgiving, Hanukkah, Hanugivinghkkah, Thanksgivukkah…or however you choose to celebrate!