9 Things People Who Retire Early Do

This week, I’m pleased to highlight a blog post that originally appeared in WiseBread, all about living large on a small budget. The piece was written by  Mikey Rox, an award-winning writer/journalist from New York City. Mikey writes about the “9 Things People Who Retire Early Do.” Take a read, you might find someone you know who retired early and is now enjoying her passions – like blogging and yoga. Moi, moi, moi!

Take it away Mikey: 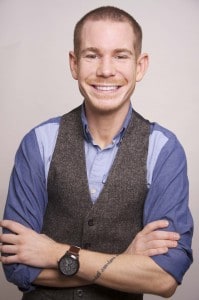 Mikey Rox is an award-winning writer/journalist.

We all dream of retiring early (at least I do), but for most of us that’s all it is — a dream. It doesn’t necessarily have to be, however, and you don’t need to strike it rich to start enjoying the finer things in life well before age 67. (Yep, that’s the government-acknowledged age for full retirement — and it stinks.) To provide some much-needed motivation to kick your hustle into high gear, here are nine things people who retire early do — and you should, too.

1. Live Relatively Modestly and Save, Save, Save
If you weren’t born into one of those famous family dynasties that provided you a trust fund at birth or otherwise have won some sort of lottery, you’ve got to work hard for your money. If you want to retire early, live modestly and save like your life depends on it. The truth is your life does depend on it — at least the one you want, anyway.

“I’m not retired myself yet, but I do know a couple who managed to retire early,” says Mike Collins, owner of the personal finance blog Wealthy Turtle. “The secret to their success was saving and investing as much as possible when they were young. They worked lots of extra hours and also built up a side income so they could invest more and more. They kept their expenses low and just increased their saving rate whenever they got a raise. Over time their wealth grew and they were both able to retire young.”

2. Build Financial Roadmaps
When we’re traveling, we use a map to get where we’re going — and the same principle applies to our professional paths. It’s never a bad idea to plan your route so you can achieve your goals with minimal blocks and detours.

“People who retire early build financial roadmaps. They have a step-by-step plan in place that details the route to their financial goals,” she says. “They know what a safe spending level would be given their portfolio and any other income they have coming in, from real estate holdings to Social Security. They know what major expenses or windfalls they anticipate, whether that’s travel or income from the sale of a home as they downsize or relocate. And they have extra room built in for the bumps in the road that they can’t anticipate, taking into account very conservative assumptions: living to 100, and having a plan to address unexpected costs.”

3. Earn Passive Income
You don’t have to have an ungodly amount of money in the bank to retire early, but you should absolutely have a continued source of income, if that’s not the case.

Passive income is an excellent way to continue earning money, even after you slow down or retire. Great sources of passive income include rental properties, a product that people will buy for years to come (could be a book or maybe a new invention), or a brick-and-mortar or online business that you can afford to pay other people to manage for you. The latter comes with a warning, however: It’s hard to find help that will treat your business with the level of care and professionalism that you would, so it’s wise to prepare accordingly.

4. Make New Investments
If you’re able to retire early, chances are you’ve made some wise investments up to this point — and you probably have enough dough saved to make some more in the near future. That’s how you’ll build your passive-income portfolio, and, frankly, if you have excess money in the bank that’s not being invested, it’s going to waste, anyhow.

Consider this anecdote from Ken Barret, owner of K-Bar Inc., a company he founded after retiring early.

“I retired from the auto industry in 2009 when I took a buyout and decided I didn’t want to work in the corporate world anymore,” he recalls. “I moved to the United States from Canada and purchased three laundromats in seven months. I always considered retirement as being able to do what you want, and that’s what I’m doing. Two of my laundromats are unattended and open 24 hours a day, so I can stop by on my own schedule. The other laundromat has three employees and is partially attended. It requires more attention, but still it’s my decision when and how much.”

5. Go Back to School and Continue Education
Chances are, you won’t be retired for long if you use your newfound freedom to whoop it up like some Hollywood hotshot — you’ll drain your retirement fund eventually and find yourself forced back to the workforce before you know it. One way to prevent that fate is by making constructive use of your free time, such as continued education.

Learning should never stop, and if you plan your courses strategically, you can learn new skills that will only improve your business savvy. And if you’re not retired yet, additional education can mean a path to increased income, more savings, and an earlier retirement date.The website RetiredBrains has excellent resources for retirees — young and old — on how to navigate the prospect of going back to class.

6. Focus on Relationships With Friends and Family
One of the more personal benefits of having ample time on your hands is that you get to spend more time with family and friends. Use this very rare opportunity — not many people get to focus on the important people in their lives with minimal distractions, after all — to build stronger relationships that will not only enrich your life, but also theirs. And if you’re still working toward an early retirement, spending more time with loved ones is not only a terrific way to enhance your wellbeing, but also an essential strategy for saving money.

7. Spend Time Pursuing New Goals and Passions
If you’ve retired early, it’s a safe bet to assume that you’ve accomplished many of your goals. But that’s no reason to stop. In fact there’s no better time — since you now have much more time — to set new goals and concentrate on pursuing your passions. And if you’ve yet to retire, these new goals can help motivate you to find new ways of increasing your income and exiting the corporate world sooner.

“I retired about two years ago after 30-plus years of corporate life,” says Judy Freedman, author of the blog, A Boomer’s Life After 50. “I decided to take early retirement at age 55 to slow down and pursue my passions. After losing my husband when I turned 50 and emptying out my nest when my last child graduated college, I decided that it was time to change up my life and have more time to do things that I only dreamed of doing when I was younger and busy raising and supporting a family. In addition to my writing and blogging, I am pursuing my studies to become a yoga instructor. I’m also doing more traveling to places that I’ve always wanted to go to, most recently to France and Spain.”

8. Allotting Time to Volunteer or Give to Charity
For 25 years, Stan Goldberg was a professor at San Francisco University. He says his life revolved around academia, but when he was forced to retire at age 57 because of a health issue, he thought his contributions to society had ended. Instead, they had just begun.

“Since retiring, I served as a bedside hospice volunteer for eight years, counseled caregivers, wrote two internationally award-winning books, and I currently have a series of books on the sharper points of life under review by mainstream publishers,” boasts Goldberg. “Since retiring my life has become fuller and my contributions to society have increased beyond my wildest dreams.”

9. Travel for Life-Enriching Experiences
It’s almost a given that you’ll want to travel when you retire early — who doesn’t, right? — but it’ll cost you. At least that’s the theory, anyway. In reality, you can travel the world very inexpensively if you’re resourceful. There are plenty of volunteer programs abroad that will subsidize your trip, and there are programs that will let you take house-sitting gigs in the destinations of your choice for the paltry fee of $96 a year.

Rachel Martin, co-founder of TrustedHousesitters.com, explains how you can take advantage of the latter by caring for pets in exchange for lodging in over 130 countries. If you’ve yet to retire, this can be a cost-effective way of seeing the world (or of making some extra dollars).

“From a month in the South Pacific to a couple of weeks in a lodge in Breckenridge, Colorado, it’s a simple premise (providing a real win-win: free pet care for free accommodations) and one which is growing in its popularity among retirees who may have time on their hands and are looking for adventure in their ‘fun years,'” she says.

Would you like to retire early? What are some of the things you’d do?