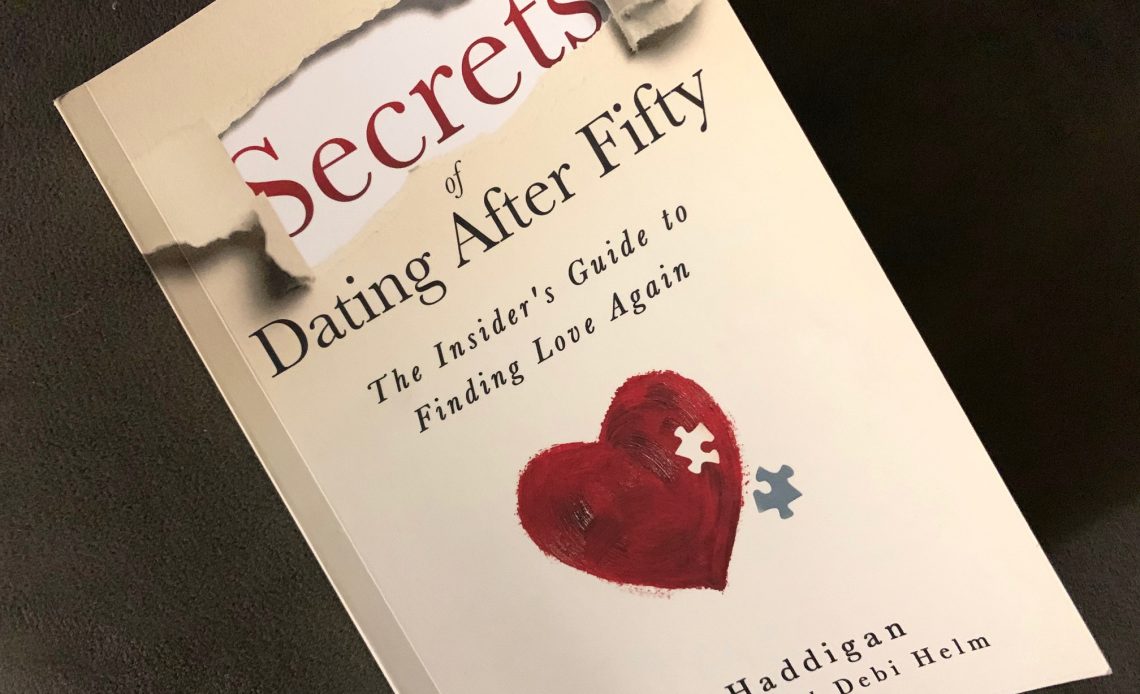 In honor of Valentine’s Day, I’m pleased to share this guest post by Karen Haddigan, the author of a book on dating after fifty. Whether you’re divorced, widowed, or never been married but decided it’s time to search for love, Karen has great advice for all.

As one who ventured into online dating after a 24 year marriage, I can tell you that it isn’t easy. After becoming a widow just shy of my 50th birthday, I knew I eventually wanted to have companionship again. For those of you who read my blog, you know I did find my second soulmate – he’s my boyfriend L. Now 10 years later, we’re still going strong. I feel so lucky and I tell him how “lucky” he is to have found me too! 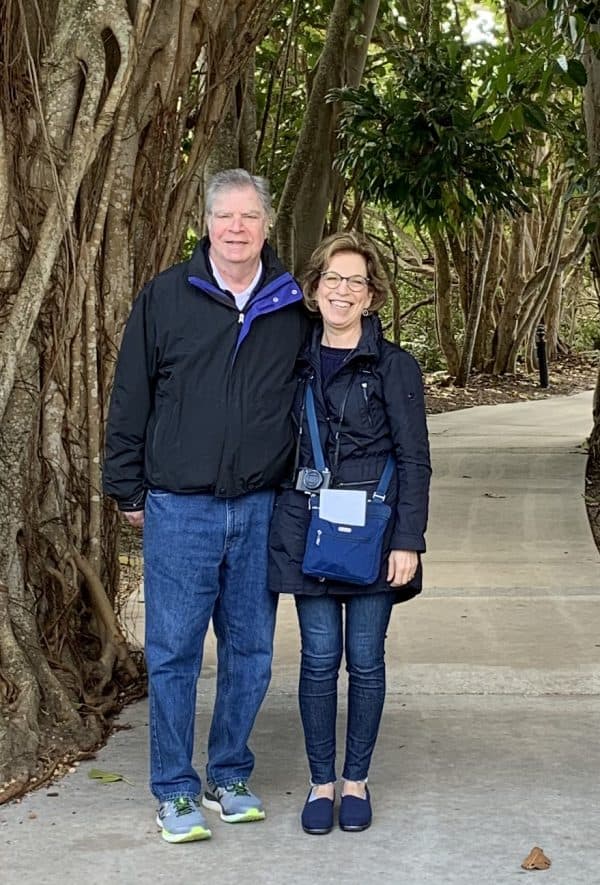 I think you’ll enjoy Karen’s post. She has a great sense of humor. She has worked as a TV comedy writer (studying with Danny Simon, Neil Simon’s brother) and amateur actor and playwright  (studying playwrighting with CBC producer Margie Taylor and then became a writer for a CBC comedy sketch show). She now lives in Santa Barbara, CA, where she honed her skills in memoir writing at UCLA.

In Secrets of Dating After Fifty: The Insider’s Guide to Finding Love Again, Karen takes readers on a journey into the wild world of online dating for older singles. Are you ready to take the plunge? Read on for Karen’s countdown. Also be sure to enter the Valentine giveaway below for a chance to win a copy of Karen’s book!

A guest post by Karen Haddigan, author of
Secrets of Dating After Fifty: The Insider’s Guide to Finding Love Again 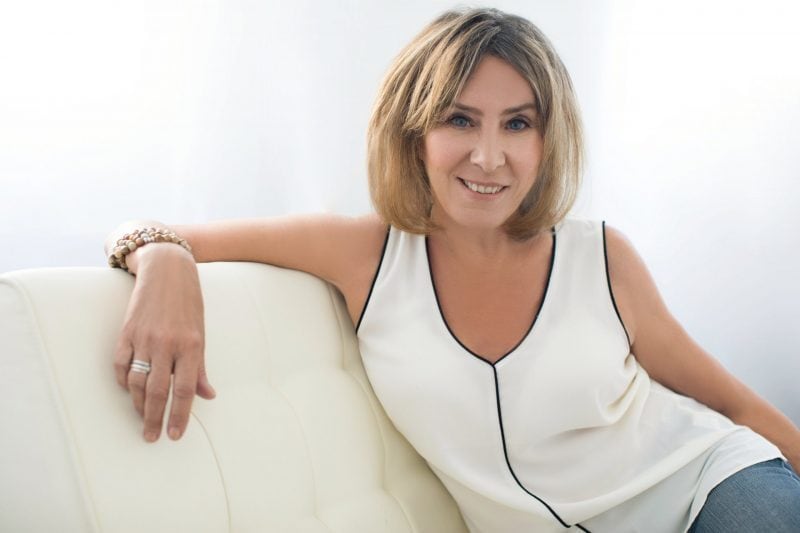 Karen Haddigan is the author of “Secrets of Dating After Fifty.”

♥ There are no fairy godmothers in online dating

The fantasy: you sign up on a dating site, look at a vast catalogue of attractive people with similar interests to yourself, pick a few of the best ones, go on a couple of dates, find “the one” and live happily ever after.

The reality: you have no idea which of the gajillion dating sites to sign up with, most of the people look way too old to be your age, you scan photos and read profiles until your eyes cross, and maybe you have one date after the first couple of weeks with someone you quickly realize is not for you.

But seriously, the people who are successful at finding a new partner are the ones who stick with it, knowing it takes time, that most people you meet won’t be a match but hey, isn’t it interesting to meet new people along the way, learn better conversational skills, and discover more about who you are and what you want in life at this stage? Because that happens, too.

Don’t expect instant success. It usually takes months, often up to a year, and sometimes a few relationships that fizzle out before you find the right match. If you approach dating as an adventure and a learning experience, it’ll be easier to put in the work that’s required.

♥ Your dating profile is really your first date

Well, okay, actually it’s your picture, so those need to be good (by which I mean clear and smiling and well lit, not photoshopped or blurry and faraway). But as older daters, we accept that our photos aren’t necessarily our best feature anymore and unlike young daters who rely almost exclusively on their hot photos of their hot selves to get attention, mature daters usually take the time to find out who you are and what you’re looking for. And you only have a few paragraphs to do that. So spend some time and effort on which aspects of yourself you want to highlight:

For more help with how to write a great profile, my book Secrets has loads of tips and ideas. 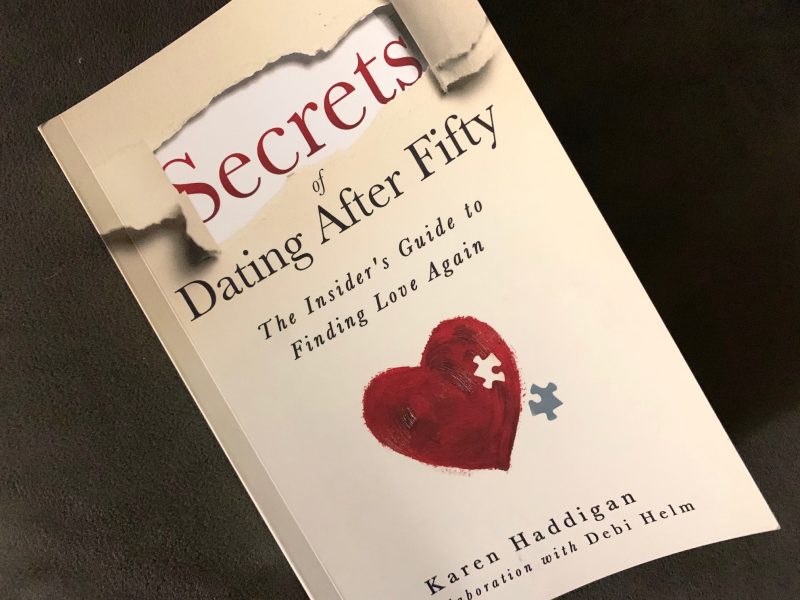 “Secrets of Dating After Fifty” is a guide for anyone going out into the dating world during their life after 50.

♥ At some point you will be “ghosted”

What’s that, you ask? Welcome to the world of online dating jargon. The list is endless: Ghosting, Lovebombing, Baggage, Drama, LDR (Long Distance Relationship), GU (Geographically Undesirable), LTR (Long-term relationship), catfishing and OMG now there’s kittenfishing! (a more common form of “catfishing” in which someone really exaggerates who they are.) Believe me when I tell you that most older people don’t know or use most of these terms either, so you’ll be in good company. But “ghosting” is a common one, so let’s go there.

Let’s say you’ve been messaging someone back and forth for a bit. You’re becoming more interested. Suddenly, they stop messaging you or answering your messages. Ghosting.

Or let’s say you went on a date, maybe even two or three. Things are going great. But then there’s no request for another date, or no answer when you request one. Ghosting.

Ghosting hurts because you have no idea what happened and it’s easy to feel rejected. Insecurities jump up and assume you did something wrong, or offensive or that you aren’t likable. DO NOT go there.

Ghosting happens for many many reasons. Yes, it may be that the other person has decided you’re not a good match. It may also mean they just went into the hospital for emergency back surgery or their cat died. They may have been messaging or having dates with more than one person and one connection really clicked.

People generally don’t “ghost” because they’re mean-spirited. People say they ghost because they don’t want to hurt anybody’s feelings. Ironically, this is exactly what ends up happening, but they just can’t figure out a nice way to say they’re moving on.

Don’t take it personally. Go ahead and take a few minutes to sulk. But then get back out there. The right match is the one where both people want to be with each other.

♥ Expect any and all reactions from your grown children

My daughter gave me a whole plateful of reactions when I started dating: at first she wished only happiness for me, eventually she became slightly annoyed that I was always at a bustling happy hour when she called, and finally she protectively demanded that I always provide her with names and addresses when going to a man’s house while absolutely refusing to entertain the idea that I might be having sex.

Other times, your grown offspring want to hear all about your latest dates, while others (usually after they’ve met a few who then didn’t work out) don’t want to meet anyone until you can guarantee them that he or she is “the one.”

Be prepared and be sensitive to your children’s reactions and responses. It’s usually best not to introduce a date right away or bring them home, especially if your kids still live with you. And talk to your kids about how they’re feeling about you dating.

♥ There will be scammers

Just like anywhere you go on the web, there are people who want to take your money, but you won’t know it at first. While some men are targeted by women who want a sugar daddy, most of the scams are aimed at women, especially older ones, since we’re supposedly more gullible.

The scams usually start out with a story (he’s working temporarily outside the country, so it’s impossible to meet right away), he is quickly and overwhelmingly attracted to everything about you, he can’t wait to meet you, has never had this kind of connection and can already feel that this is true love.

They’re gushy and romantic; they call you “sweetheart.” The good ones do this well; the bad ones use suspiciously formal or awkward grammar and tend to capitalize random words in sentences. But if they hook you in romantically, inevitably will come the problem: Their ID has been stolen, or their lucrative business deal just ran into a temporary glitch—whatever it is, there’s a pitch for you to lend them some money. End of story. You will find warnings on virtually every dating website: Do not send money to anyone you meet on a dating site. Ever.

♥ Your married friends are useless for dating advice

People who have been married for a while have no clue what it’s like to be out there dating. They think we’re all nuts, so start there. They’re glad they’re not us, they can’t believe we walk away after one date because we’re not feeling any chemistry, they’re appalled at all the sex going on out there, and some of them are secretly jealous of the fun we’re having. Lots of them, if truth be told.

So find yourself some single friends for all your questions and debriefing. There are a multitude of ways to do this. A good one is meet-up groups, which exist in almost every town and cover all manner of activities.

But feeling like a teenager again is fun, so enjoy it!

Enter the Rafflecopter giveaway below or leave a comment about your perspective on dating after fifty. Do you agree with the author or have other suggestions?

And to all my readers, “Happy Valentine’s Day!” Loving yourself is the most important thing at this age. Cheers to you!

Film Review: Lucille Ball Fans Will Love "Being the Ricardos"

Looking Back on 2021: Another Year of Great Change