Touring & Tasting In The Picturesque Streets of Montmartre 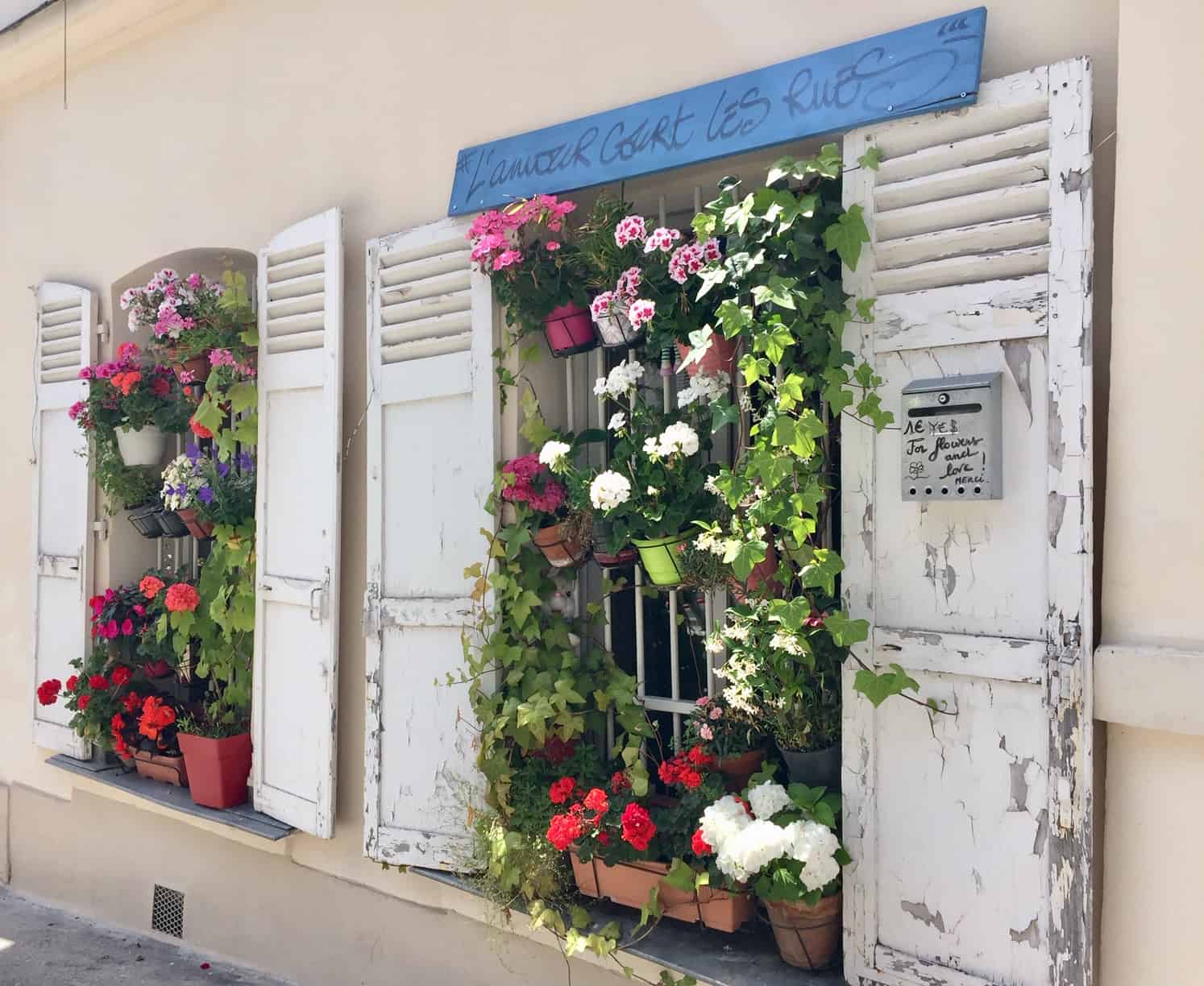 It’s time for the grand finale of my 60th birthday trip to France. I was traveling with my BFF L in honor of our mutual milestone year. We began in Lyon and finished up in Paris. If you missed any of my Lyon posts be sure to check out the links below.

Our stay in the City of Lights was only two days. We booked a cute one bedroom apartment near the 11th arrondissement. It had a balcony and a view of the Eiffel Tower (a teeny tiny view) from the kitchen window. Best of all, it had a working elevator. I say working because most of the time European elevators don’t exist or aren’t working. 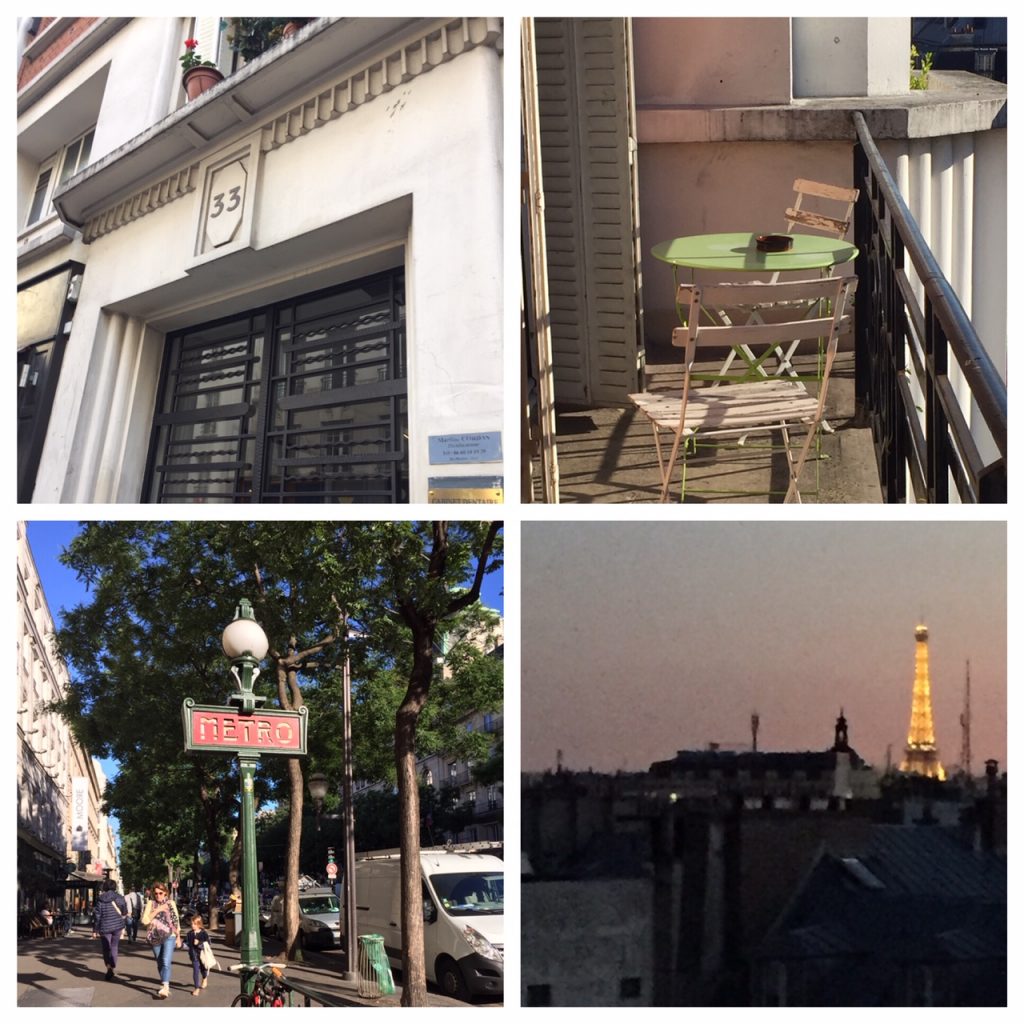 Our Paris apartment had a view of the Eiffel Tower

A Food & History Tour In Montmartre

While L and I had been to Paris before, neither of us had explored the Montmartre district. I was particularly interested in this section of town because it is known for its artist community. Have you seen the National Geographic Genius series about Picasso? Pablo Picasso was a frequent visitor to the cabarets in this hilltop community and some of his paintings reflect its landmarks. 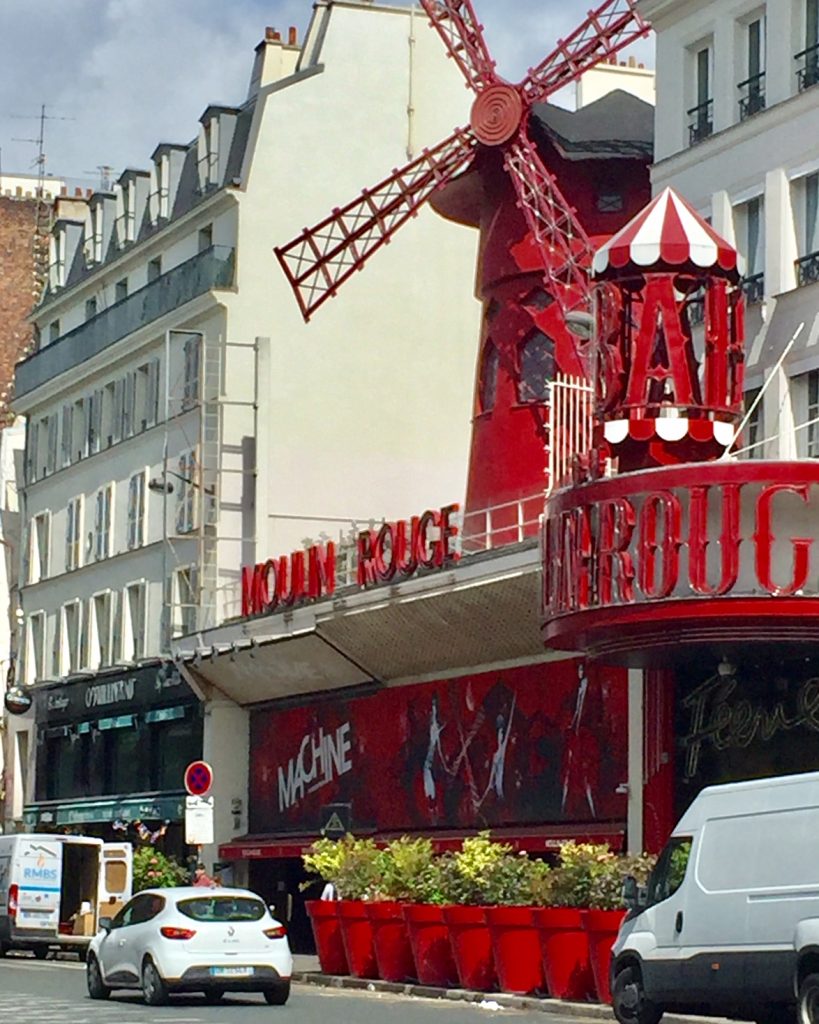 We reserved a Food & History Tour in Montmartre on AirBnb Experiences in advance of our arrival. Our guide Cathy was French-American and was excited to share her passion for this eclectic neighborhood. 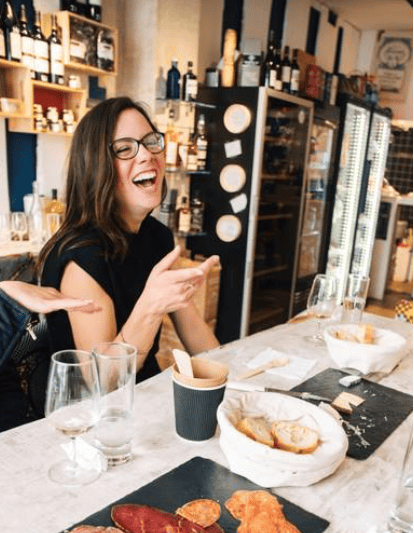 Cathy was our tour guide. (Photo: Courtesy of AirBnb Experiences) 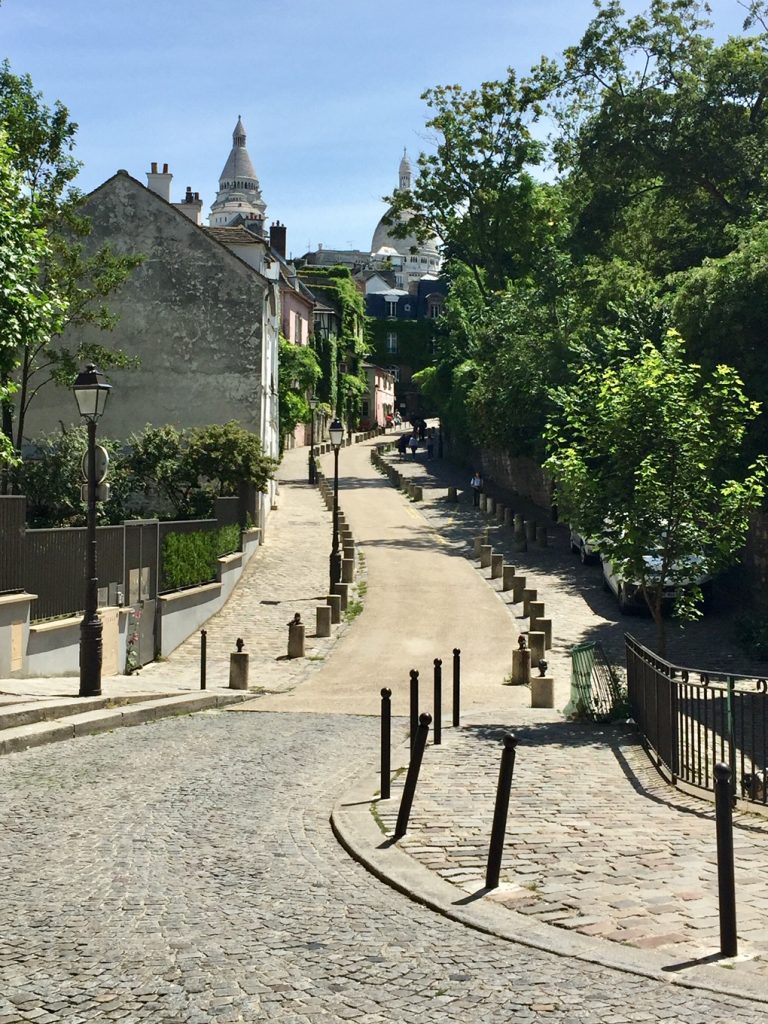 Each street is prettier than the next

“We will explore the charming streets of Montmartre where we will taste some of the best French specialties such as macarons, chocolates, bread, cheese, cold cuts, a glass of wine and other sweet treats,” said Cathy. “You will also learn about the history of Montmartre and the artists who made it so vibrant during the Bohemian era. The tour will end close to the Basilica of the Sacré-Coeur at the top of the hill where you will have one of the best views of Paris.” 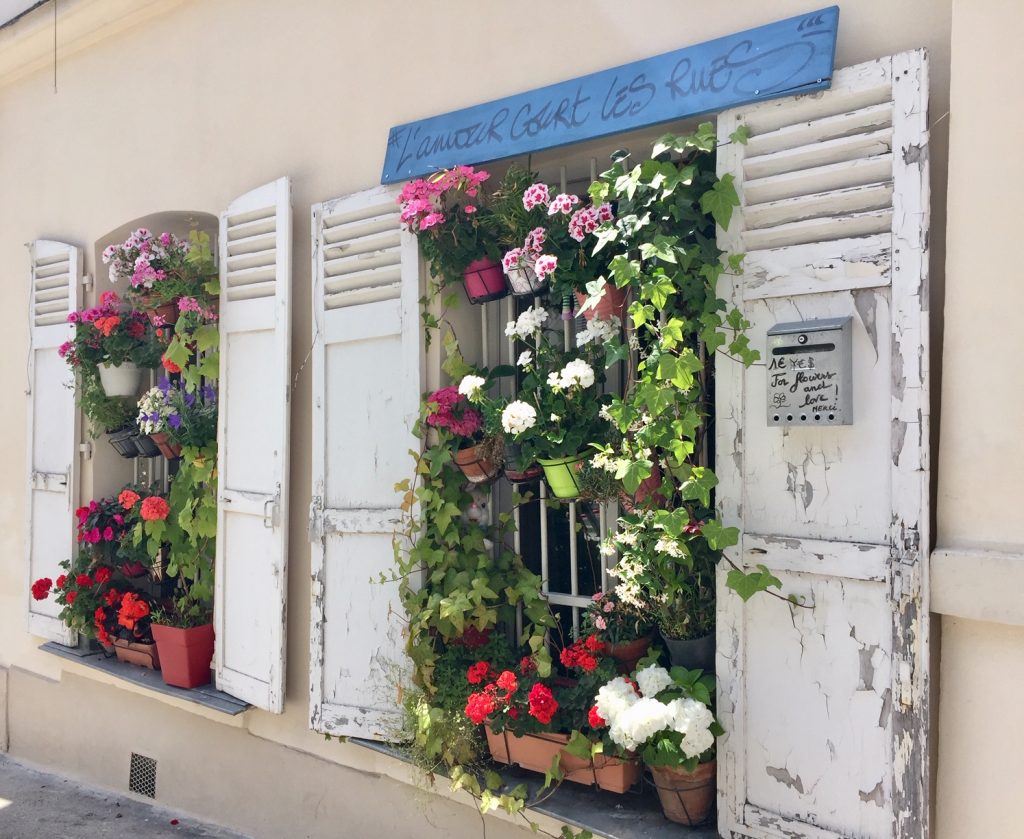 I loved all the flower boxes in the windows

A Place For Artists

As we climbed the hills and strolled along the cobblestones, Cathy told us about the famous artists who had lived in Montmartre during their early years. “Artists settled here because it was cheaper. This was the countryside back then,” said Cathy. “It was near the Moulin Rouge. Picasso and Dali settled here. Van Gogh lived here before he moved to the South of France. Gauguin lived here too, as did Henri de Toulouse-Lautrec.” 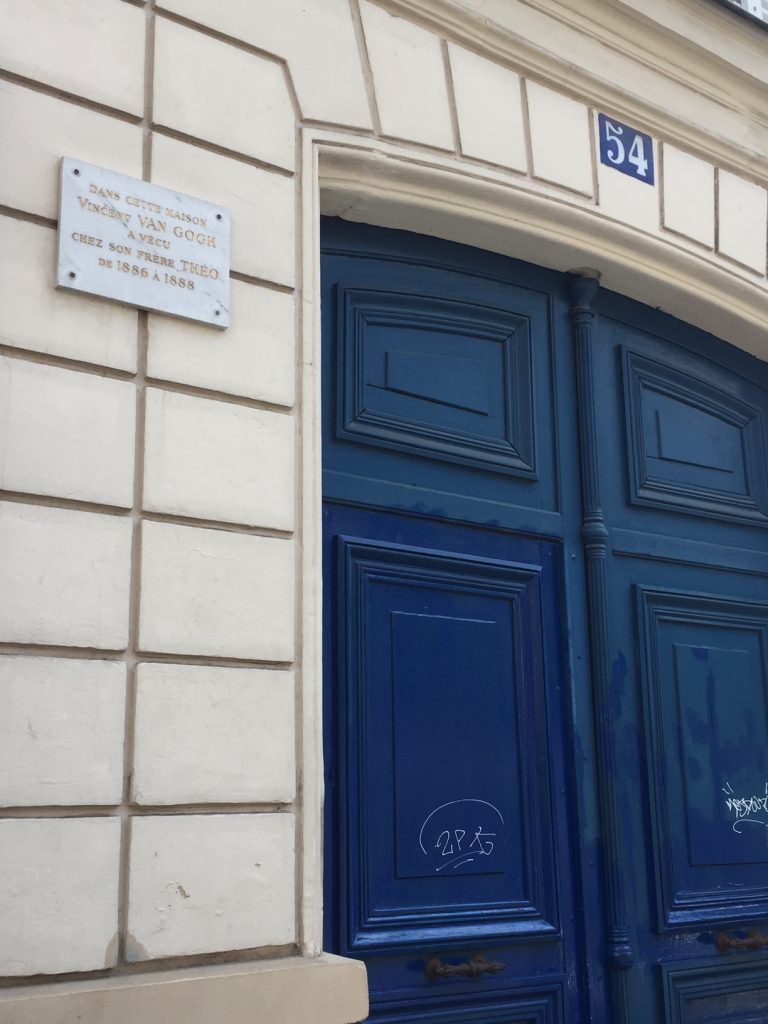 It was neat to see the residence of studios where the artists lived and pass the restaurants and streets they made famous with their paintings. I recognized Cabaret Au Lapin Agile from the Genius series. It was the cabaret where Picasso would hang out. He would offer the owner a painting to pay for drinks. 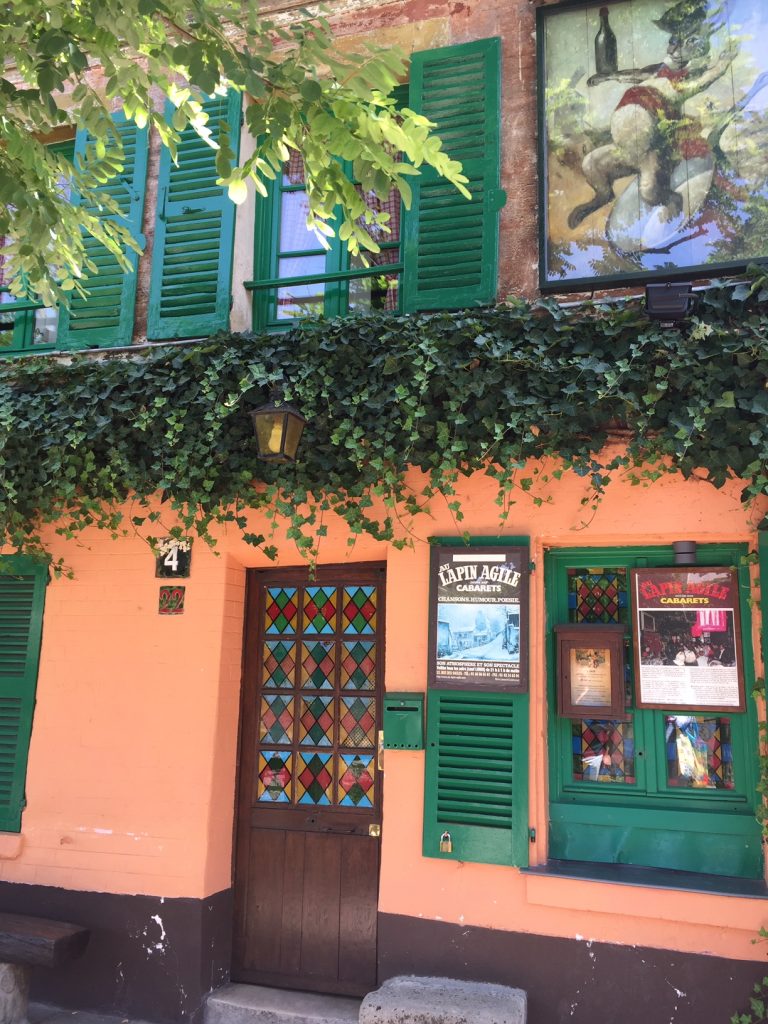 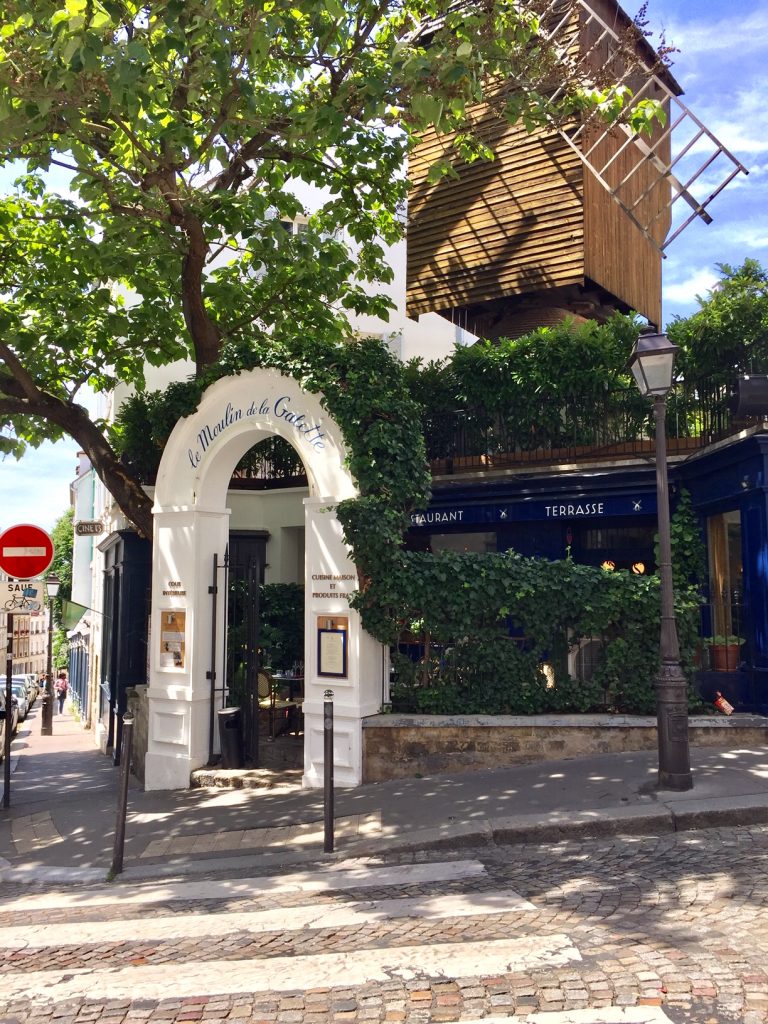 Actors and actresses gravitated to Montmartre too. Cathy told us about the actress Dalida, who she said was “the French Marilyn Monroe in the 50s and 60s.” Her bronze statue stands on a monument in the middle of Dalida’s Square. 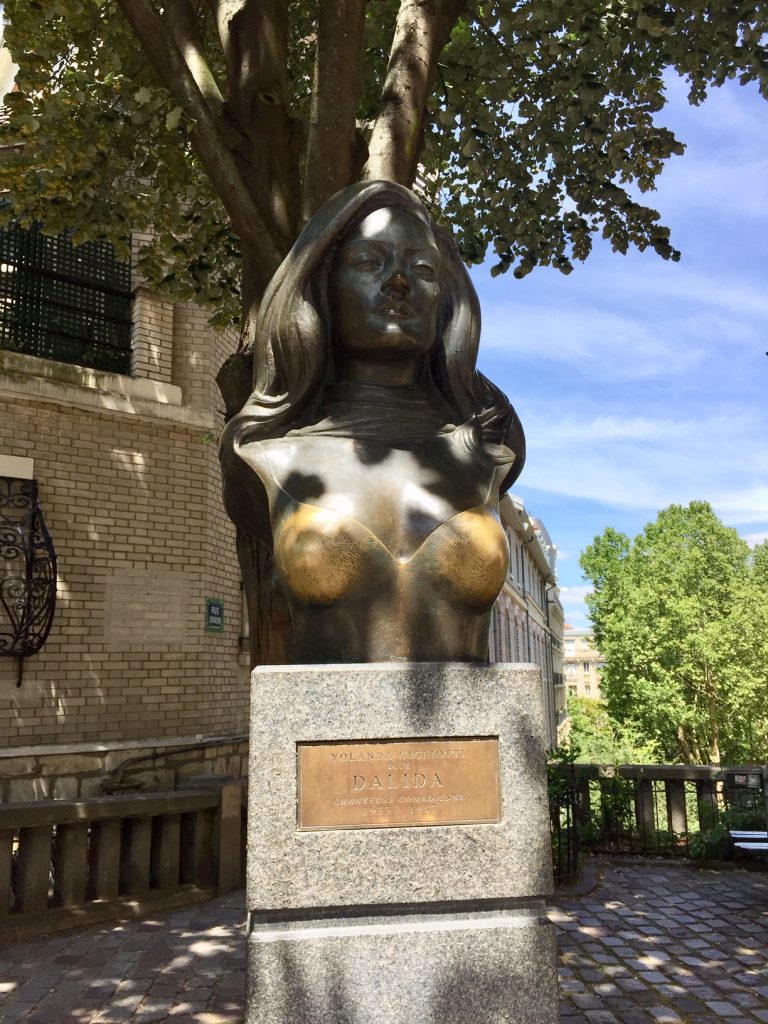 A bust of the French actress Dalida sits in Dalida Square

Time To Taste The Chocolates and Other French Delicacies

In between our history lesson, we stopped at different shops to sample French chocolates and other delicacies. Our stops included:

♥ Chocolat Illèné – where we savored macarons and chocolates. The chocolate shop is owned by two Korean women who studied French baking. They mix Korean flavors into their sweets to give them a unique touch. Their macarons are made with fresh berry fillings and their chocolates feature Madagascar vanilla, pistachio and wasabi and ganache with pressed lime juice. 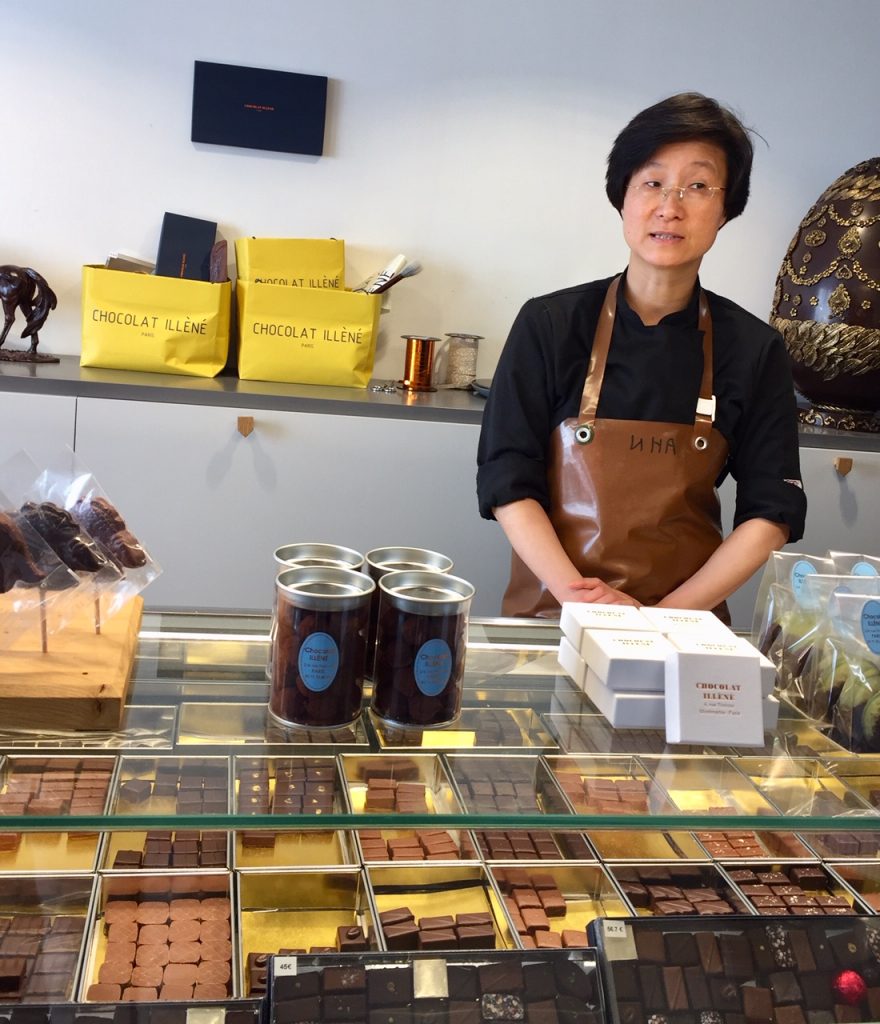 Chocolates and macaroons from Chocolat Illèné have a Korean influence

♥ Délicate & Saine – this boutique, owned by a team from Montmartre, opened a year and half ago. We tasted a variety of wines and cheeses paired with a platter of charcuterie. It was so good, so good, so good. 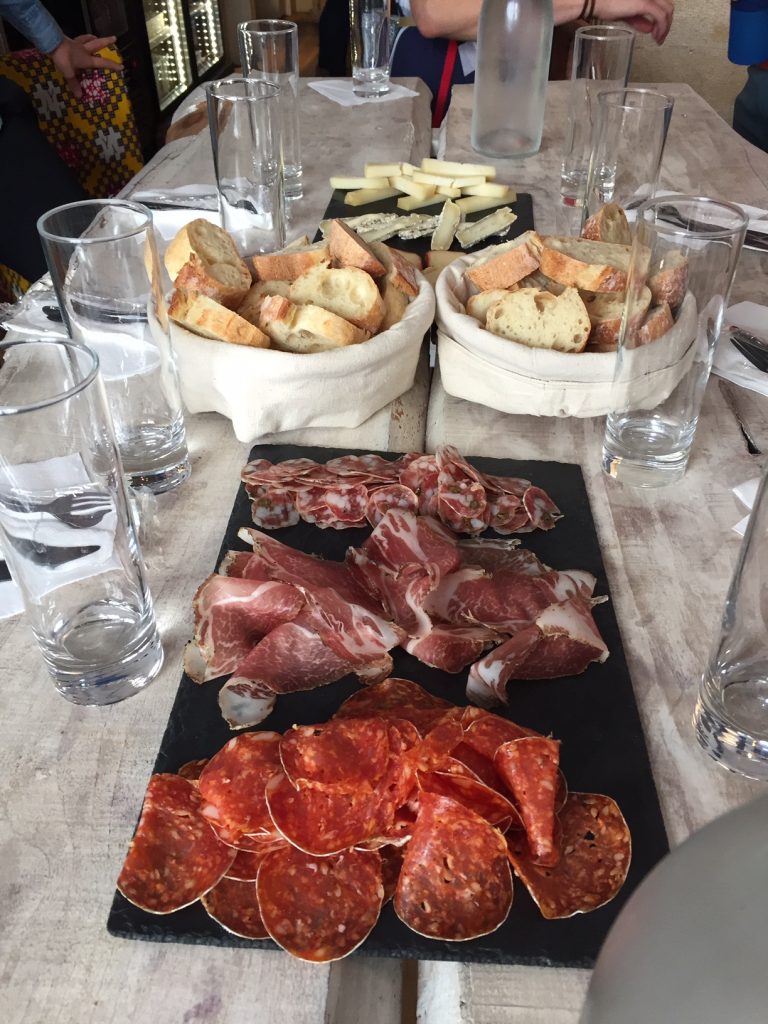 We sampled charcuterie during our tour

♥ Carette – is the popular spot for crêpes in the heart of Montmartre’s main square. The crêpes are made to order and are so good, so good, so good. The square is where you’ll find French artists offering their paintings for sale. 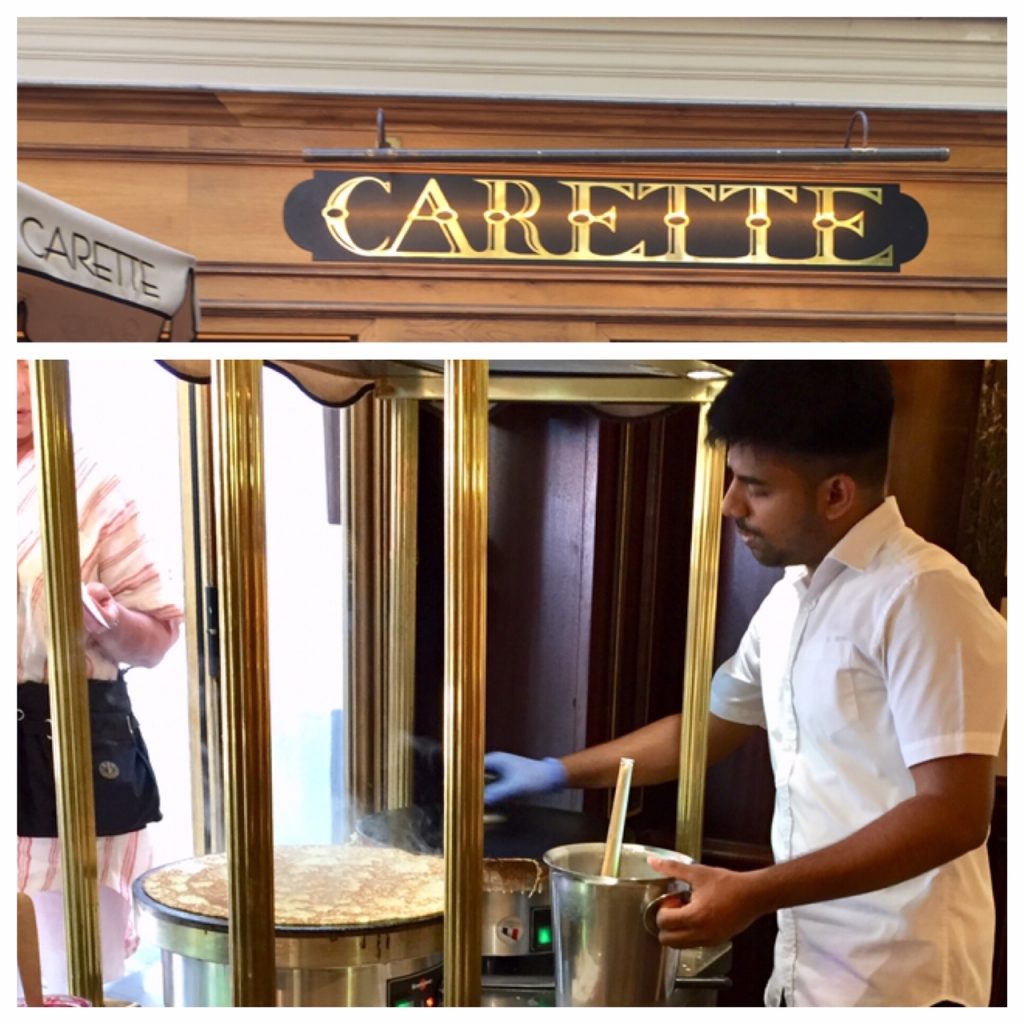 French crepes are made to order at Carette 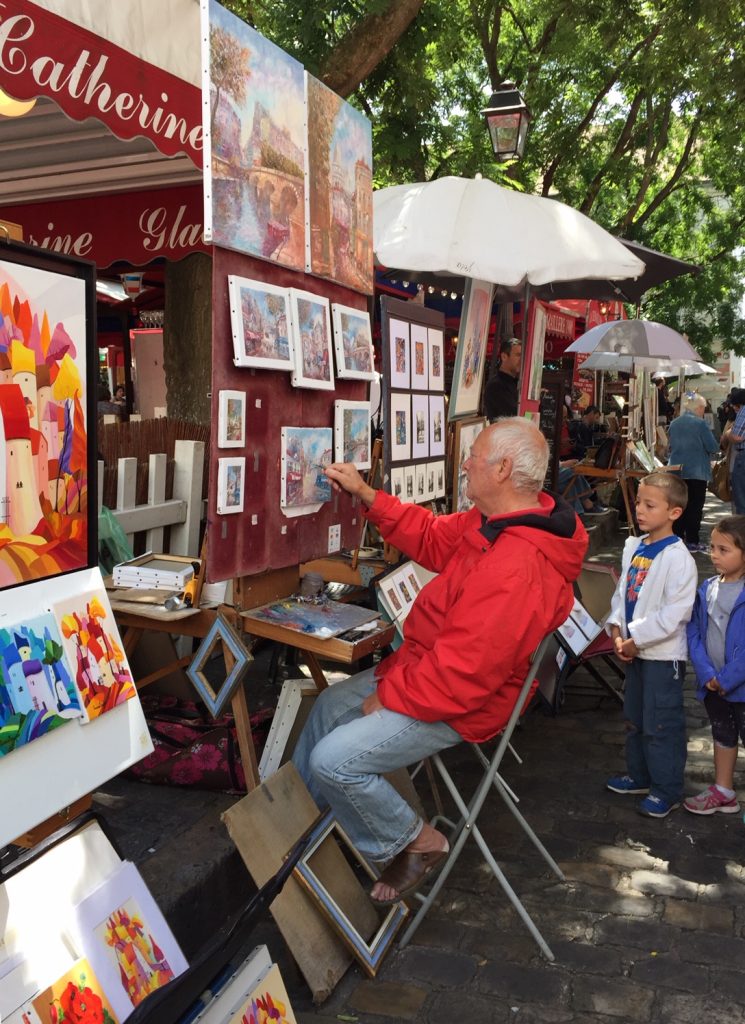 You can find artists painting in Montmartre Square

A Breathtaking View From The Sacré Cœur Basilica

It had been a delightful two hours and saying goodbye to Cathy and the group at the Sacré Cœur Basilica was a perfect way to end our tour. 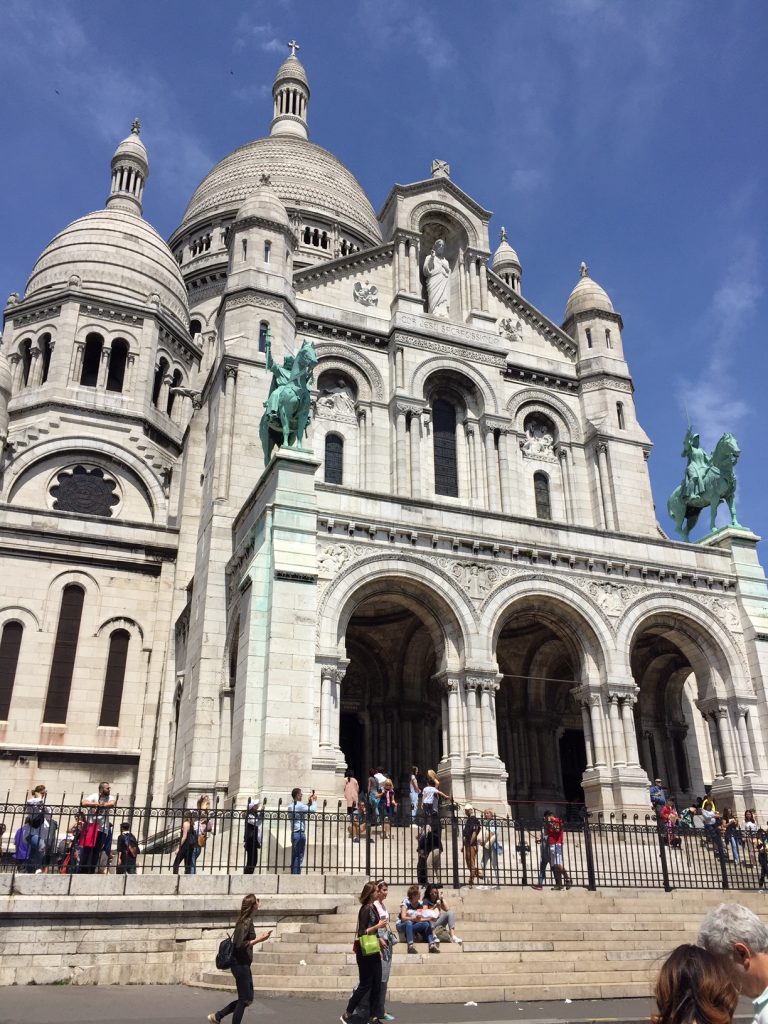 The Basilica is magnificent with a five-domed white exterior and exquisite mosaics and paintings on the interior. According to travel writer Rick Steves, “The Roman-Byzantine-looking basilica took 44 years to build (1875-1919).”

We opted not to climb the 300 steps to the top of the dome, my 60 year old legs weren’t up for that adventure. Plus I understand it is a spiral staircase – no, no, no. Instead we took in the panoramic view of Paris standing outside the basilica. 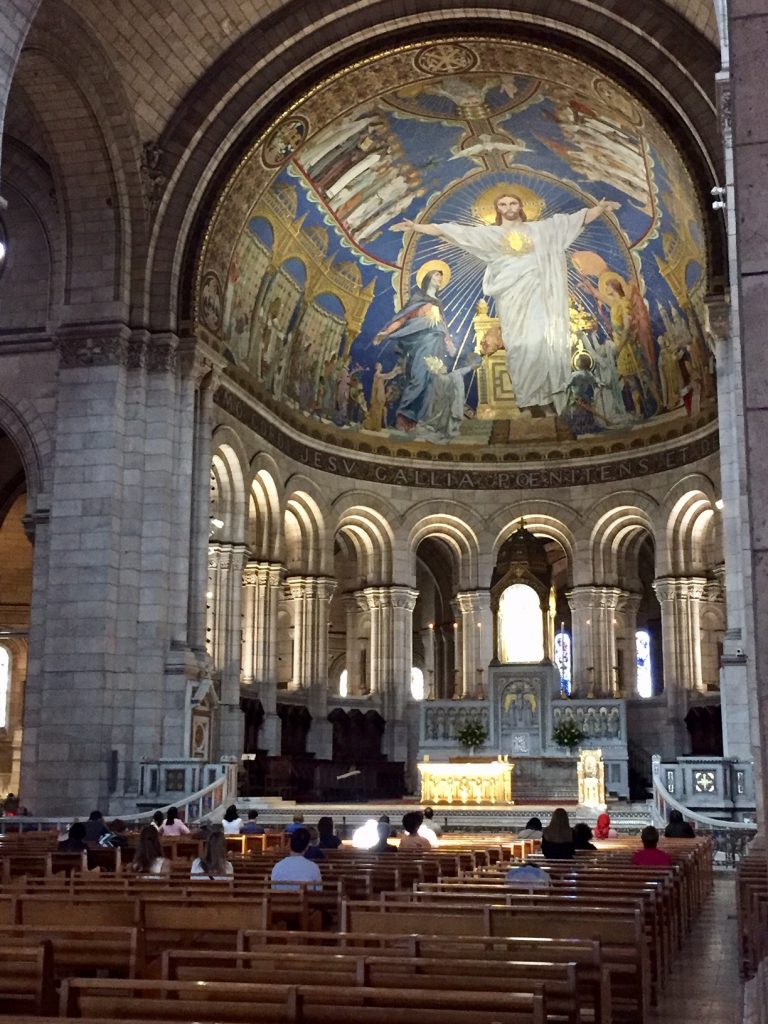 The inside of Sacre Coeur is as impressive as the outside

With our tour of Montmartre complete, tomorrow we would leave Paris for home. It had been a glorious week. L and I agreed — we had a wonderful 60th birthday celebration in France. 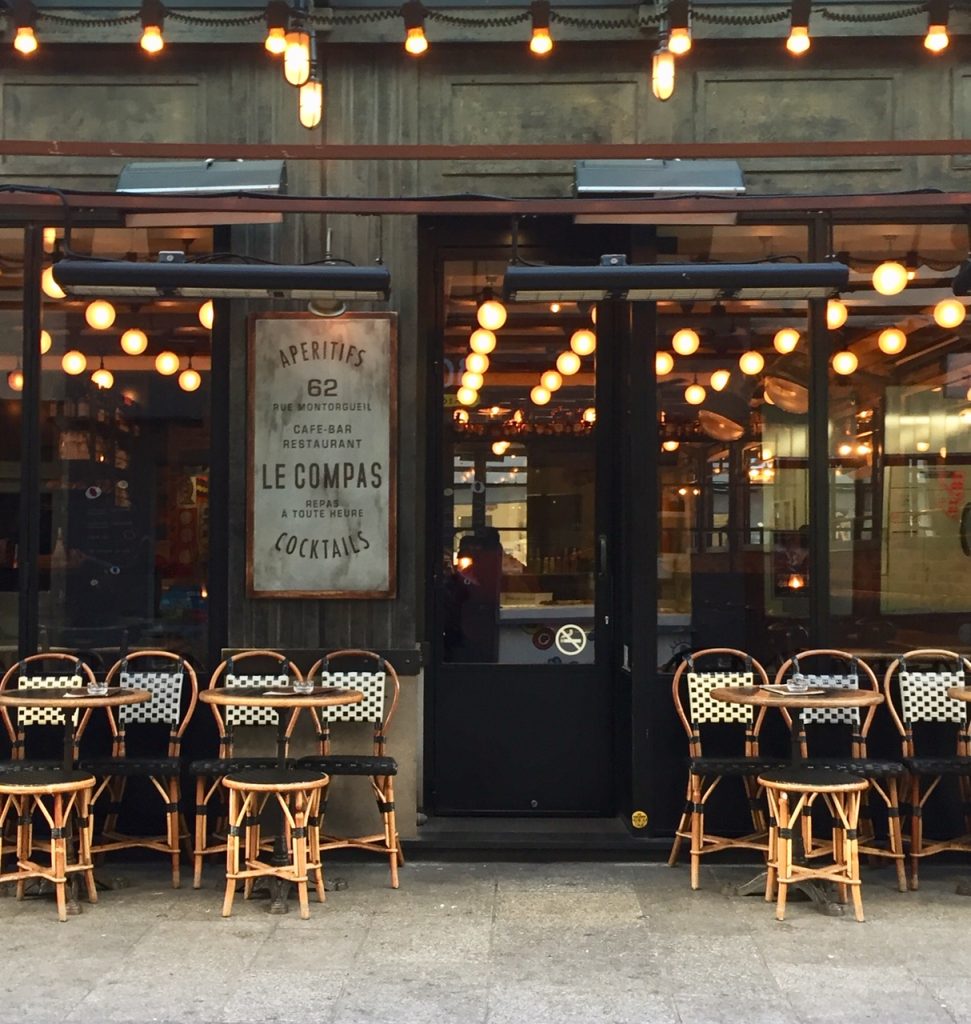 In case you missed my earlier posts of my visit to Lyon you can find them here:
♥ Bonjour! My Birthday Visit To The Lovely City of Lyon
♥ Appreciating Centuries of Silk Weaving At Maison des Canut
♥ A Wonderful Walking Tour of Vieux Lyon