My Viking Journey: A Visit To The Beautiful Island of Mykonos

It’s so cold outside that I’m going to click my slippers three times and see if they will take me back to the beautiful Greek island of Mykonos. Join me as I reminisce about the luxurious Viking Star ocean liner and my Viking journey to the Cities of Antiquity & The Holy Land. My boyfriend L and I traveled courtesy of Viking Cruises.*

A Tour and Taste of Mykonos
Are you ready? We just docked in sun-drenched Mykonos, the smallest of the Greek islands. Can you feel the warmth on your face? The island boasts white-washed houses, centuries-old windmills, and stunning landscapes over the blue waters of the Aegean Sea. 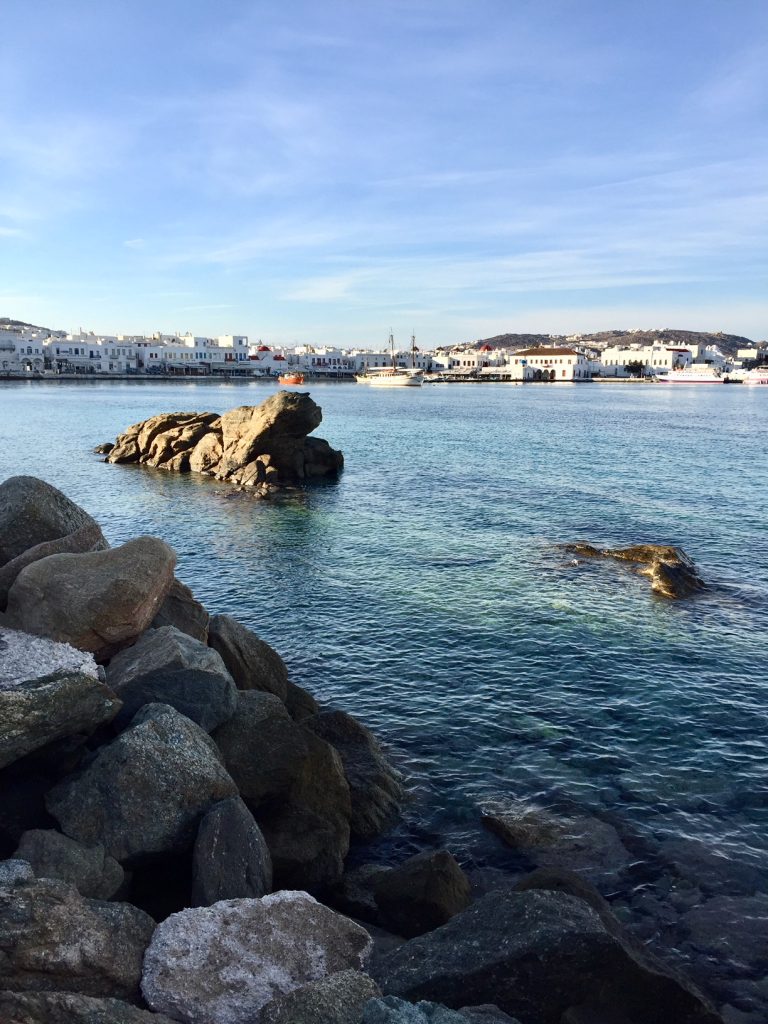 Mykonos is one of the most famous islands in the world.

We’re going on a tour called The Tastes of Mykonos, which includes a walking tour through a labyrinth of narrow streets, a stop at the old bakery of Gioras, and a tasting at a private organic farm and vineyard. 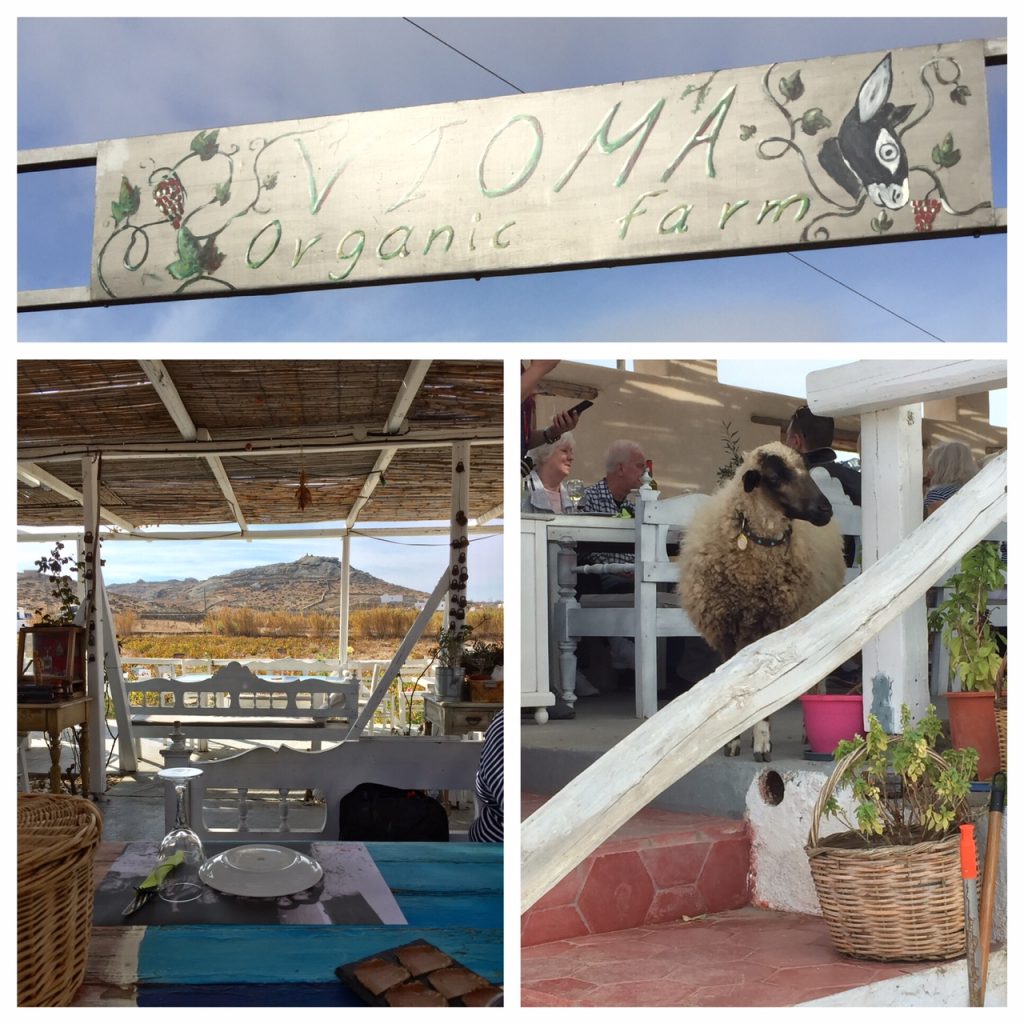 The owner of Vioma Organic Farm plays classical music in the vineyards and has a pet sheep.

A Famous Island For Famous People
Our tour guide Amaryllis likes to share the history of the island:

“There is a myth that Hercules threw stones in the water and that is how Mykonos got its name. ‘Mykon’ means heat of stones,” Amaryllis says. 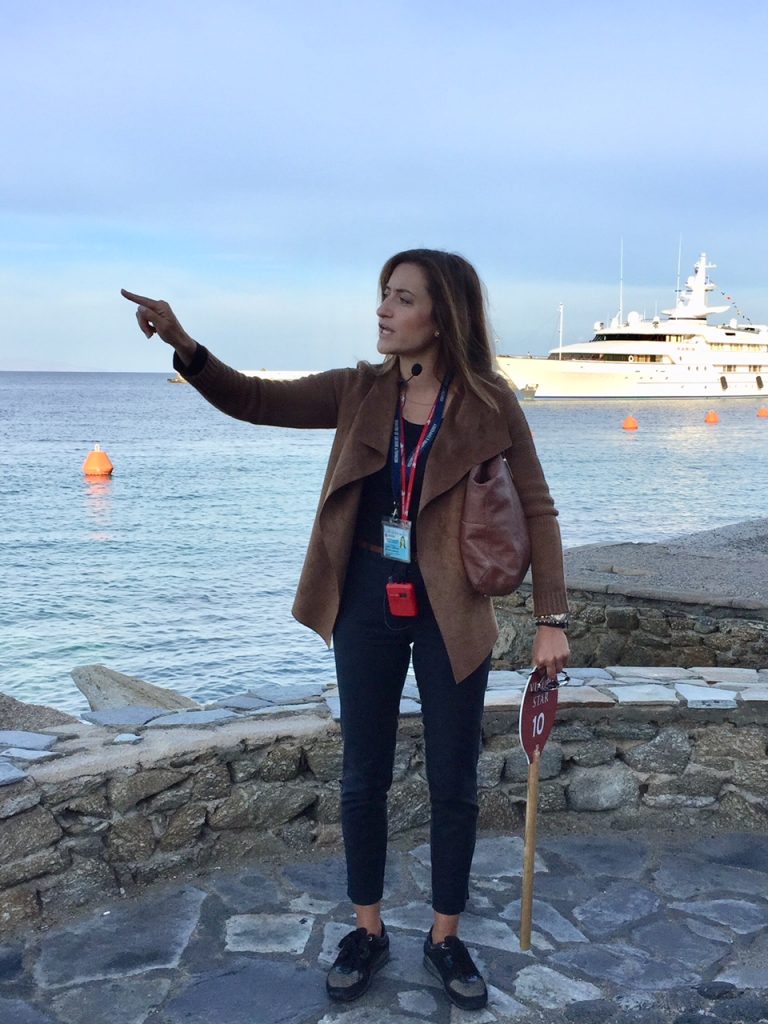 Our guide Amaryllis is very knowledgeable about Mykonos.

“The first recorded visitors came to Mykonos in the 1890s and the first cruise ship came to Mykonos in 1920,” Amaryllis says. “Then in the 1950s and 60s, famous actresses and actors came here. Jackie Kennedy Onassis favored Mykonos as well, which helped put it on the world map. In fact, many people today still travel here by private yacht.” 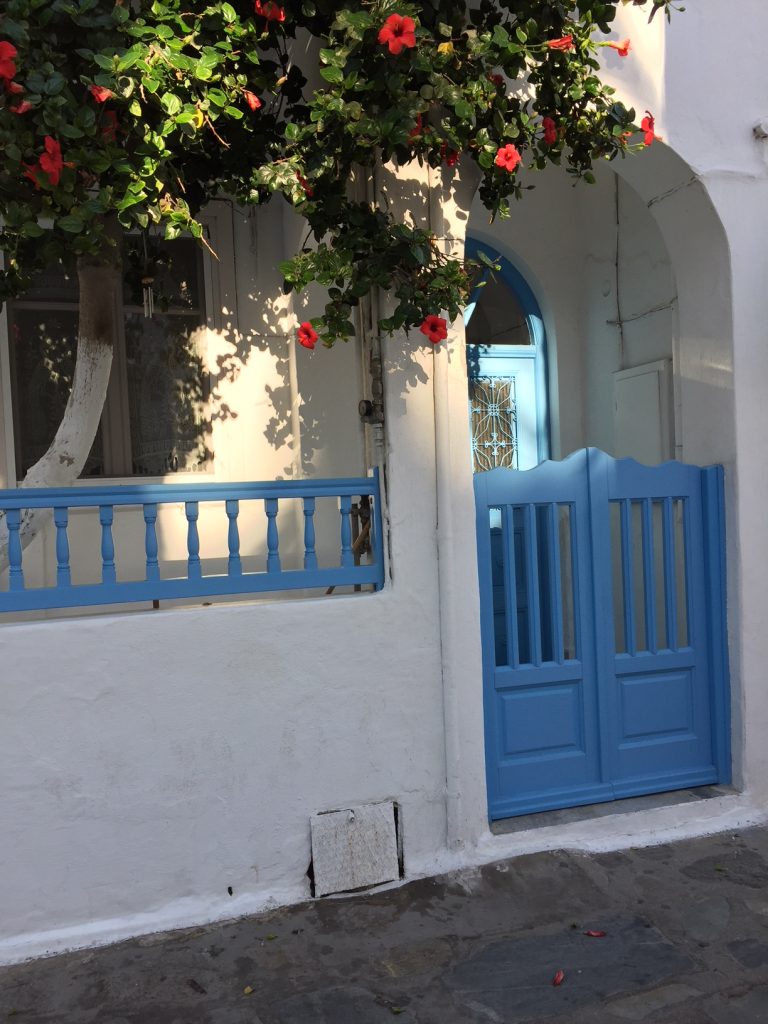 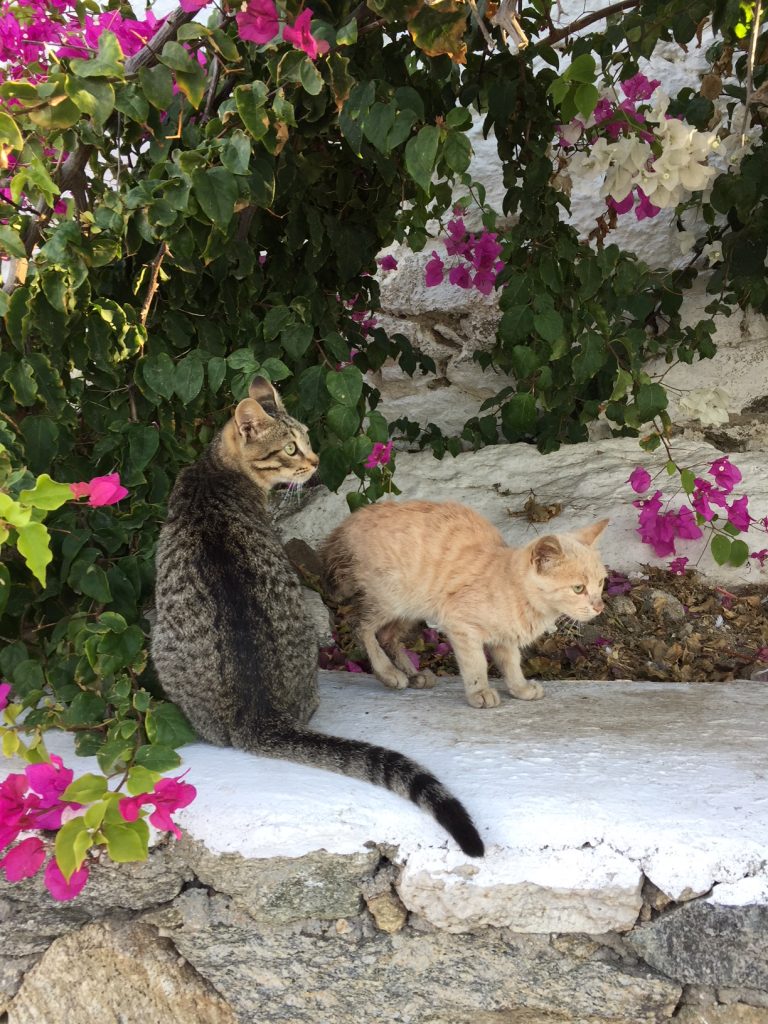 There are many cats on the island. Do you know that cats love feta cheese sandwiches?

The Island of The Wind
The island is most known for its beaches, with the most beautiful sand beaches on the north side.

First, we’ll walk around the main square, the only part of town that is called waterfront. We’ll follow the labyrinth streets through the neighborhoods including passages with old walls, patched roofs and bamboo strips on the ceiling. Some of the dwellings were built in the 1700 – 1800s and one spot dates back 400 years.  There are people white-washing their streets and houses. White is reflective for hot summer days. They also paint the trunks of the eucalyptus trees white to prevent resin from leaking out and attracting bugs. 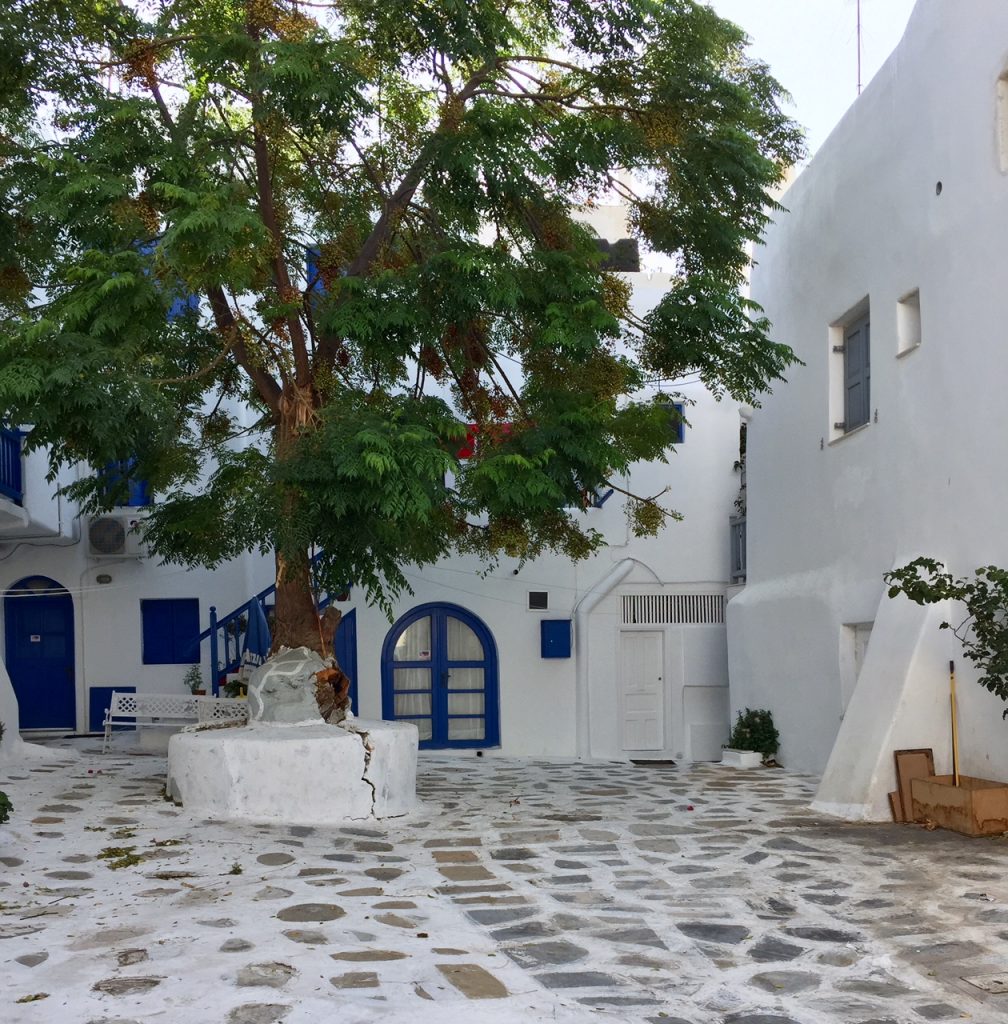 The stumps of the trees are painted white to protect them from insects.

Visiting the old bakery is like a step back in time. There is rusk, a thick barley bread, piled up in the cases. “Rusk bread is baked three times and doesn’t get moldy. It’s very hard, like a biscotti” Amaryllis says. “The Greeks like it served wet, topped with fermented cheese, tomato and olive oil and paired with a cold beer.” (Sounds delicious!) 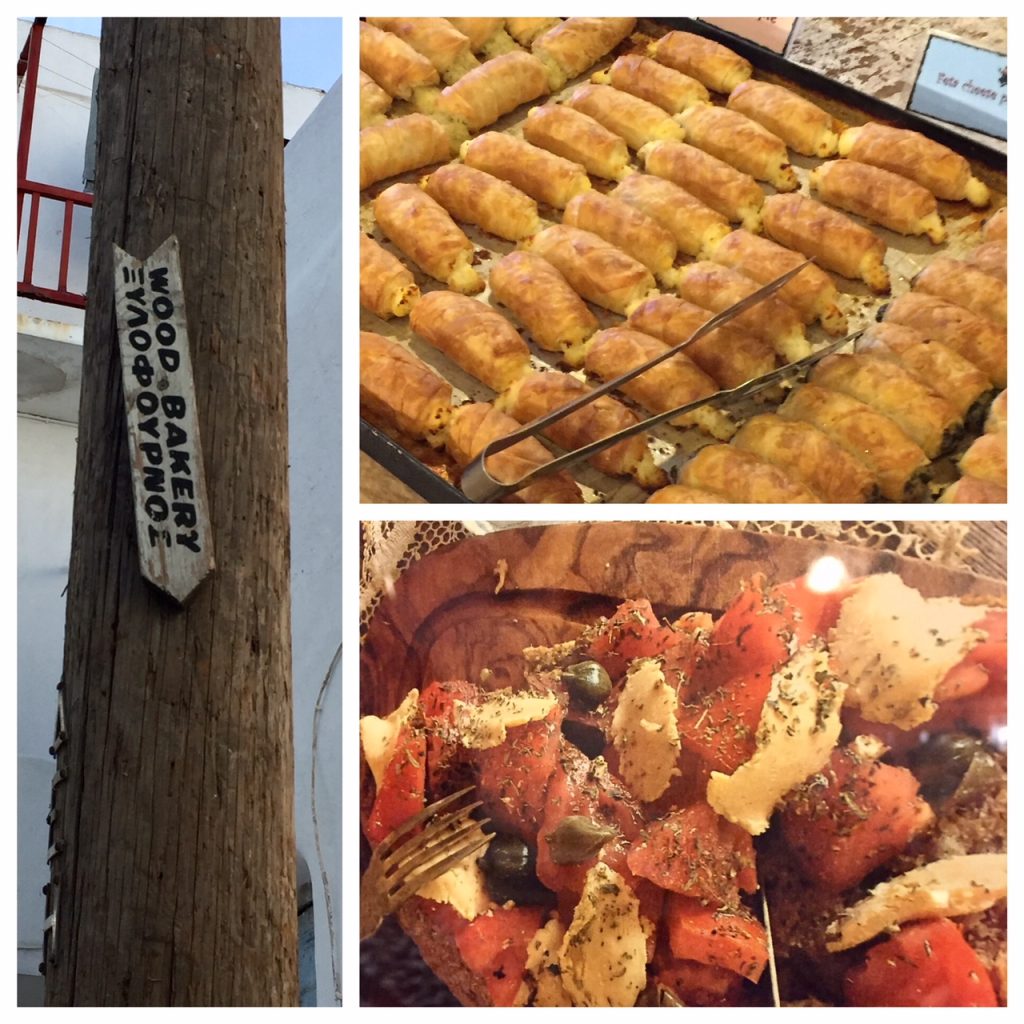 Let’s venture to Mikri Venetia, or the heart of Little Venice. It sits on one of the most romantic corners of the island. As the Viking Daily notes: “Here, rows of fishing houses with balconies are perched directly on the water and the famous thatched-roof windmills overlook the harbor.” 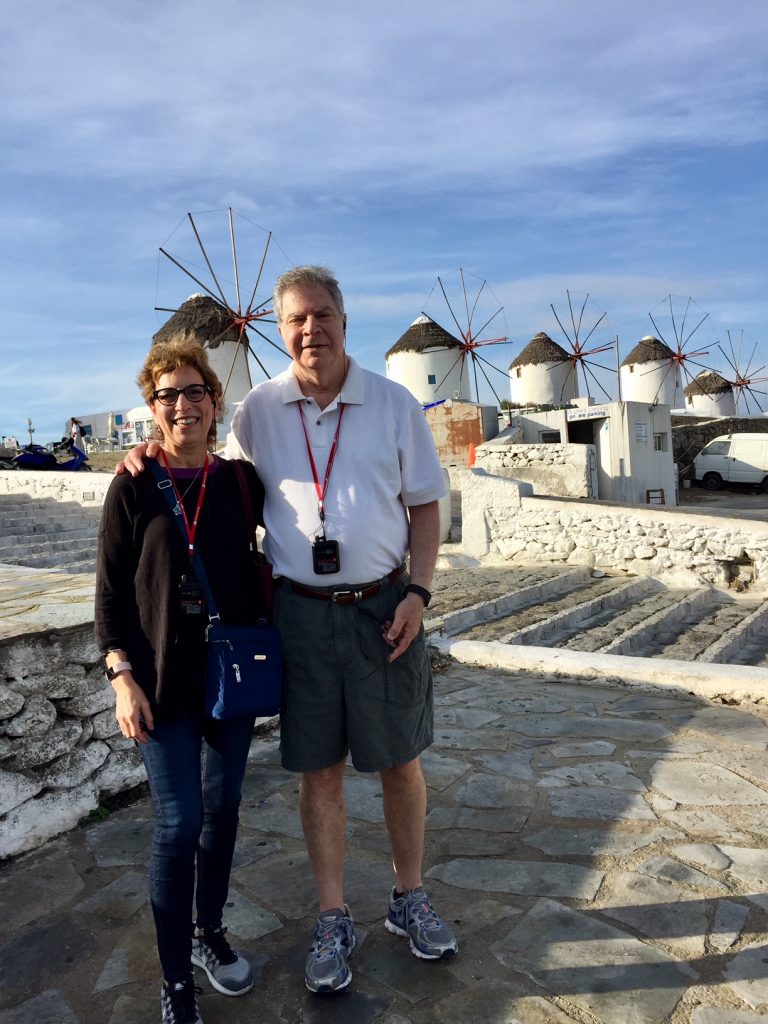 Time to take a picture near the popular Mykonos windmills.

The windmills were used to grind wheat and provide flour to the ships that came to the port in years past. “Mykonos has a nickname, ‘the island of the wind,'” Amaryllis says. “The winds can be so strong here.” 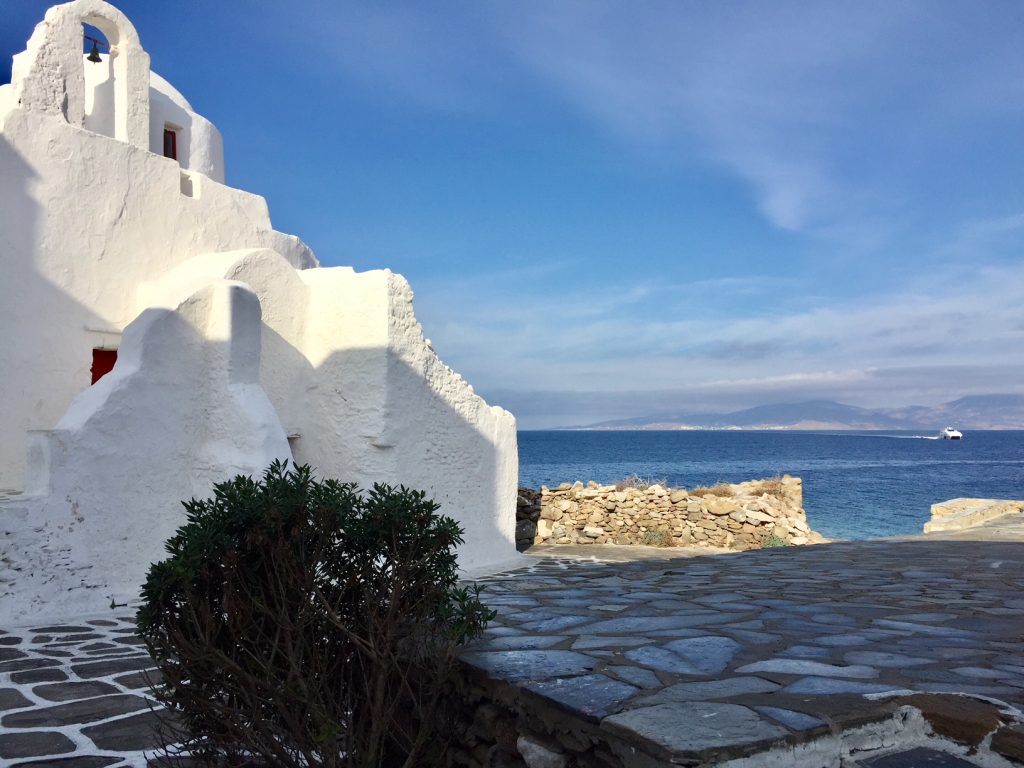 The Church of Panagia Paraportiani is one of the most photographed spots in Mykonos.

Before leaving town, we stop to take pictures at the Church of Panagia Paraportiani, one of the island’s most-photographed spots (according to travel writer Rick Steves). The small chapels are grouped together and form one church. Amaryllis tells us how over years the winds carrying the salt water destroyed the construction.

Sipping Wine and Sampling Greek Delicacies
Our final stop is Vioma Organic Farm and Vineyard, owned by former banker Nikos. The name of the vineyard means ‘life experience.” It is easy to see the passion that Nikos and his wife bring to their wine-making and organic gardens. They bought the land from a monastery. Nikos plays classical music around the vineyards because he says the grapes grow better. 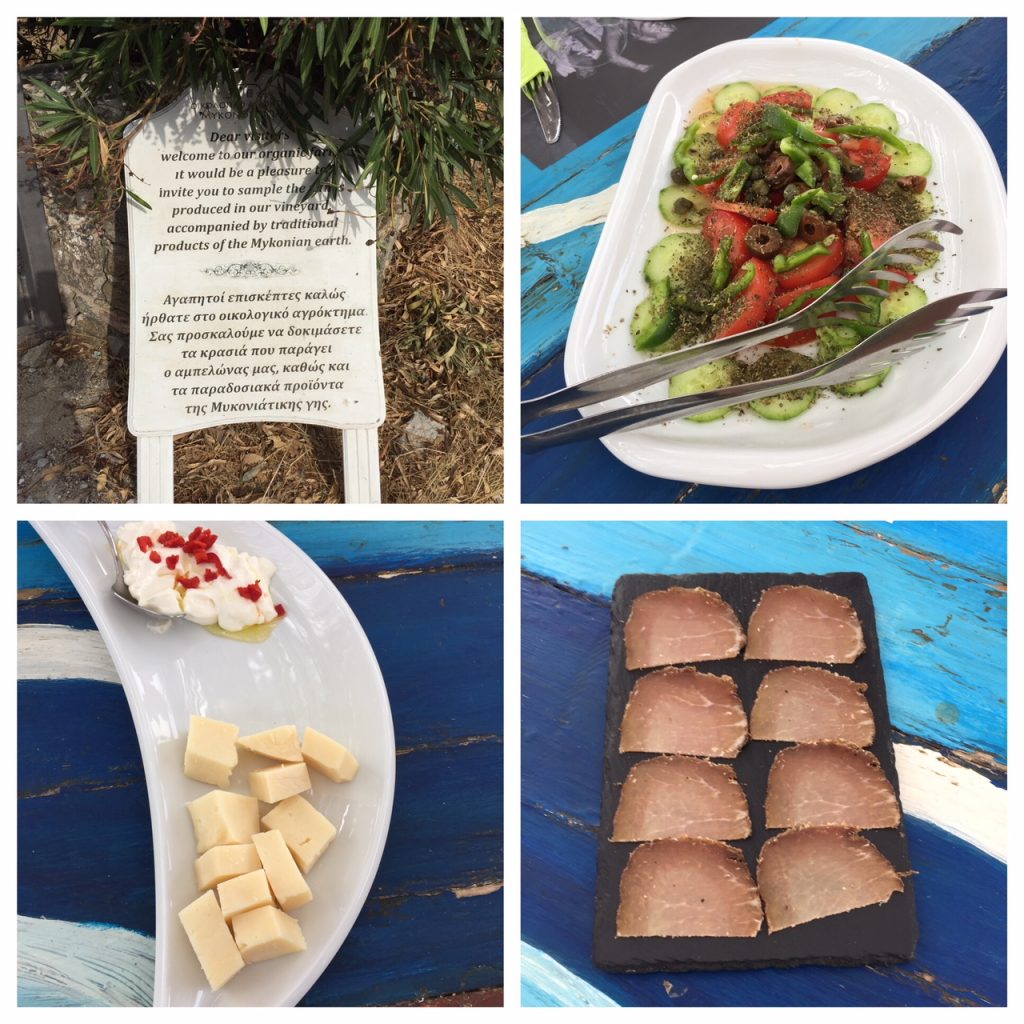 It was fun to taste Greek delicacies and sip Greek wine.

Sipping Greek wines, eating Greek cheeses, home-grown tomatoes, and rusk bread with our fellow cruisers is a great way to end our tour.

Eating At A Greek Taverna
Lucky for us there is still time at port for L and I to dine at a traditional Greek taverna on the seaside. We share a Greek salad and chicken souvlaki. It is so good, so good, so good! 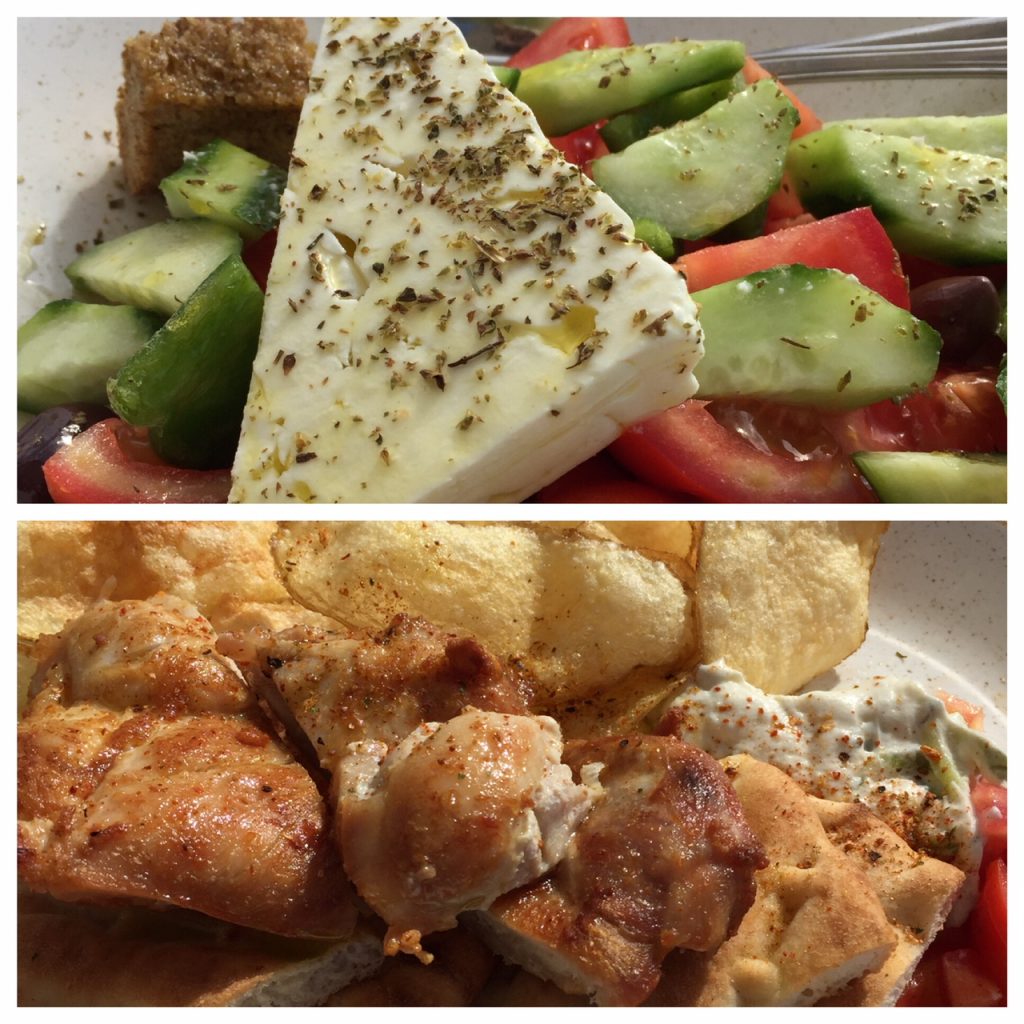 When in Mykonos one must eat authentic Greek salad and Souvlaki!

Are you warmed up yet? Can you feel the Mykonos sunshine? 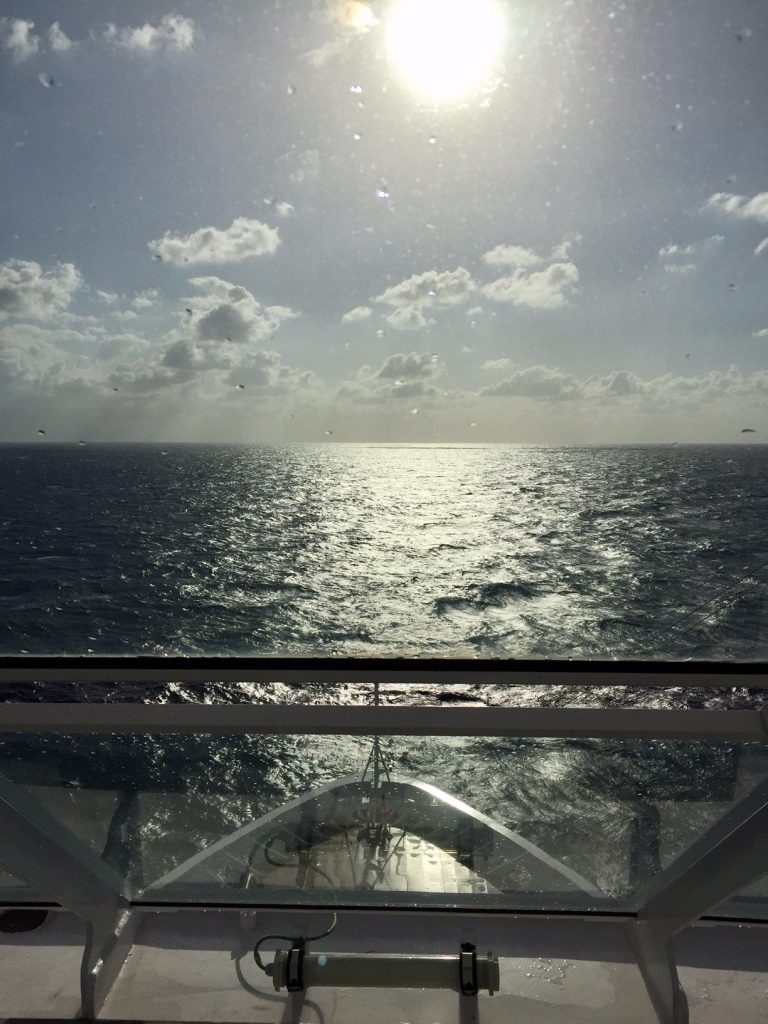 More to come as we set sail for Cyprus on the Viking Star.

More to come from my days at sea on the Viking Star and a visit to Aphrodite’s Beach in Cyprus, where the goddess of love and beauty was born out of the sea.

P.S. In case you missed my earlier posts about my Viking Ocean Cruise, check it out below:

♥ My First-Ever Ocean Cruise On The Luxurious “Viking Star”
♥ My Viking Journey: A World of Ancient Treasures in Athens