My Viking Journey: A Grand Finale In My Favorite City of Rome 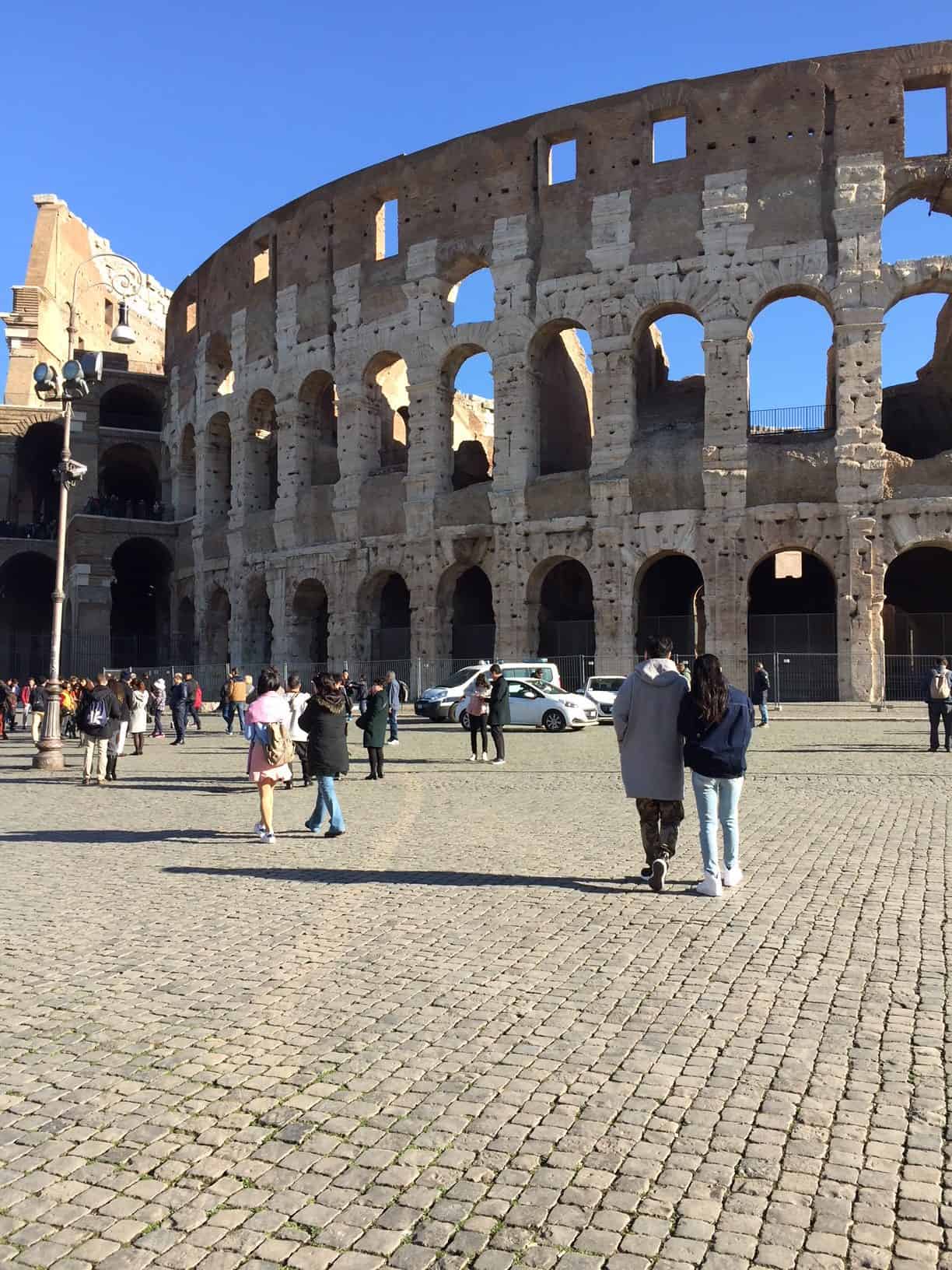 My Viking journey on the luxurious Viking Star ocean liner to the Cities of Antiquity & The Holy Land, was about to come to an end. My boyfriend L and I were traveling courtesy of Viking Cruises.* Our last stop was Civitavecchia, the port of Rome. We would spend our final day touring my favorite Italian city. L had never been to Rome. I was so excited to share the famous landmarks, piazzas, and most of all the pizza.

“I can’t wait for you to see the spectacular sites in Rome,” I told L as we prepared for our 10 hour excursion. “I know you will be exhausted after walking around town but you can rest on our plane ride home tomorrow.” 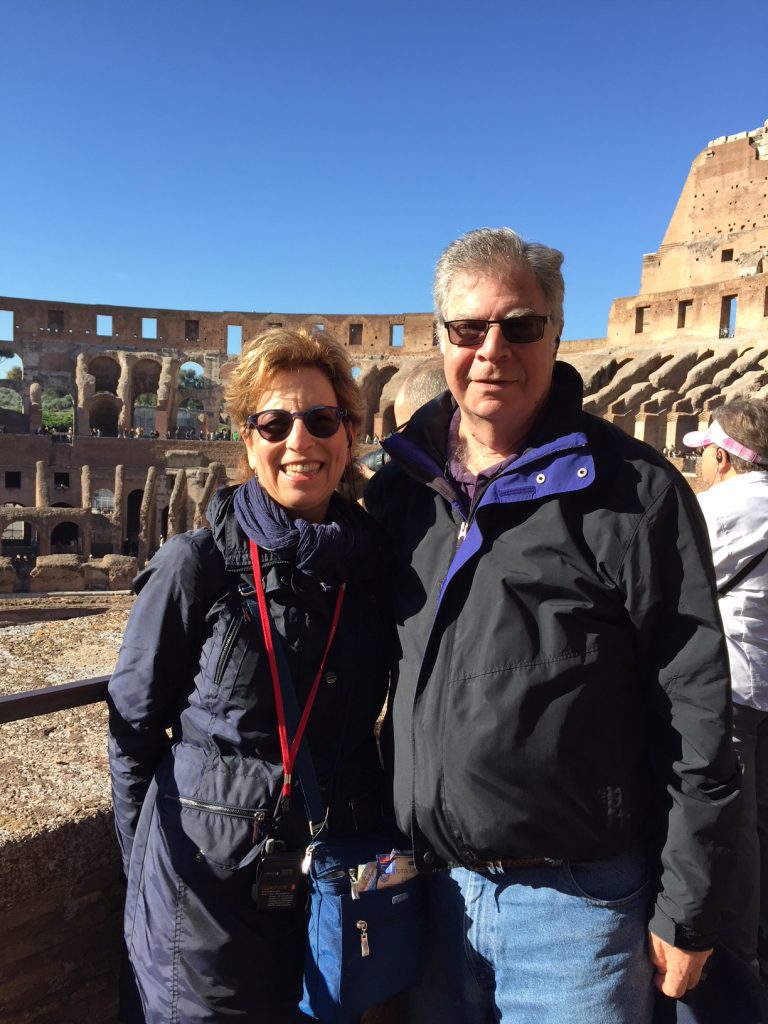 I was glad to show Rome to my boyfriend L, a first-time visitor.

The Large Port of Civitavecchia
“Ciao everyone,” said our guide Monica. “We are in Civitavecchia, a port built more than 1000 years ago. It takes about 90 minutes to get to Rome.” On our way, Monica provided a history lesson. 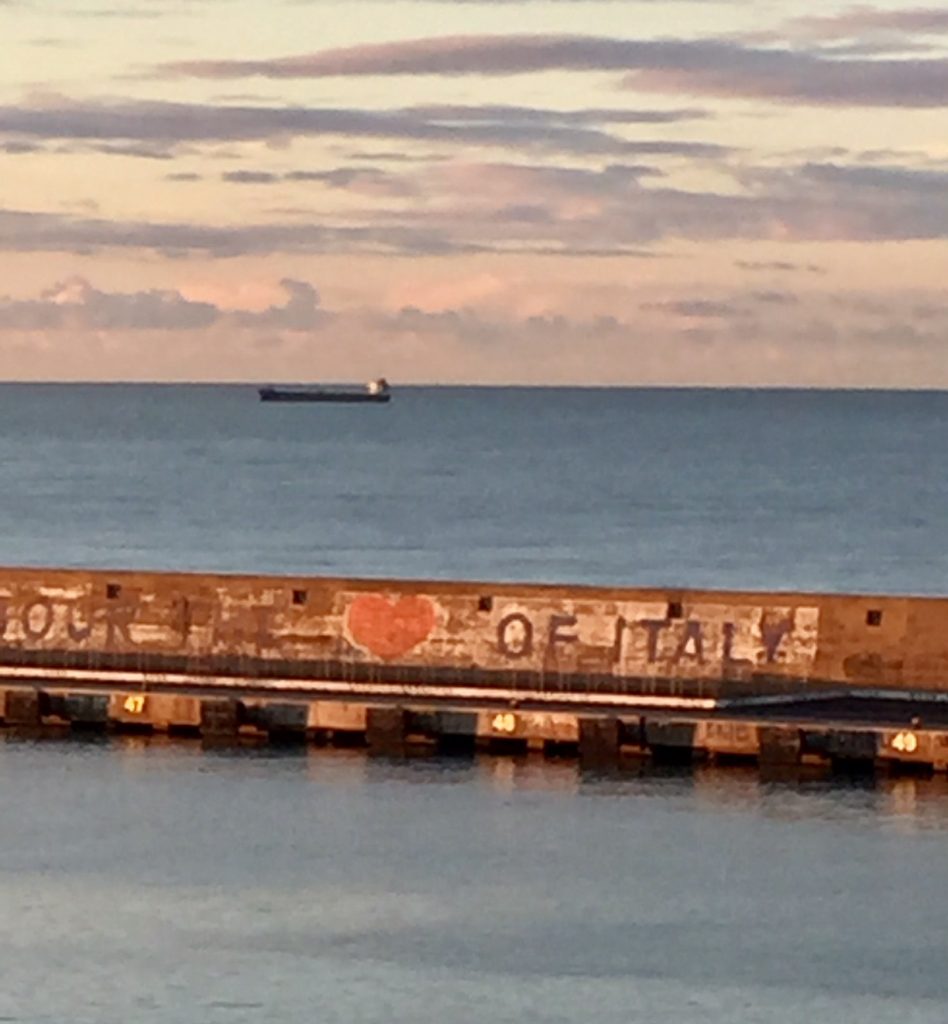 Arriving at our last port in Italy.

“Civitavecchia is a large city for Italy. It means the ‘old city.’ During World War II it was bombed to ruins, ” said Monica. We approached the 255 miles long Tiber River, which divides Rome into two halves and flows out into the Mediterranean Sea. We drove by the countryside lush with olive trees and vineyards. Tuscany is only an hour from the port. 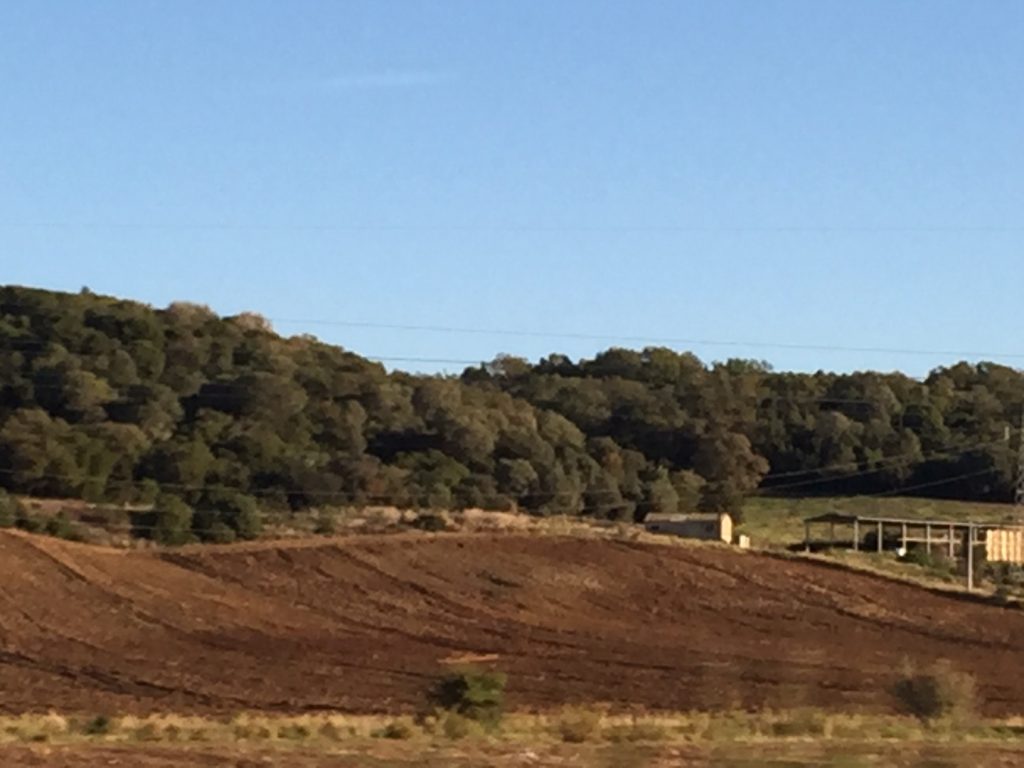 The countryside in Civitavecchia is lush.

Entering the Ancient City of Rome
The bus dropped us off inside the big Roman walls which surround the city. “Roma is 2770 years old,” said Monica. “The ancient city of Rome was built on seven hills. Rome was not bombed during WWII because it is the sacred home of the Pope,”

According to Monica, 2025 is the next holy year. It happens every 25 years. “They might have 30 million people visit for this special year.” If you want to visit during the next holy year, better start planning now!

A Visit To The Colosseum
We began our visit at the Colosseum, one of the most prominent amphitheaters in the Roman world. We climbed the steps and entered the arena where 80,000 spectators once sat to watch gladiator contests, executions, and imperial ceremonies. 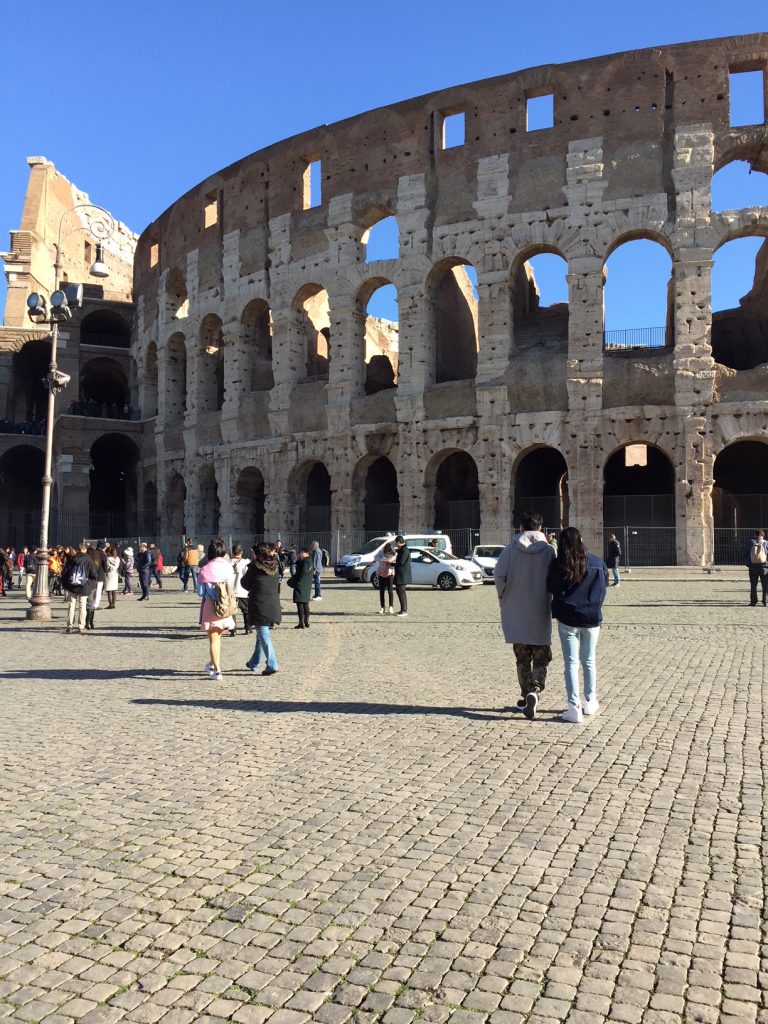 The outside of the Colosseum was recently cleaned and restored for $25 million euro.

Monica explained the seating hierarchy: “The emperor sat near the cross. The lowest floor was for politicians. Second floor was for the aristocrats. Upper floors were for the towns people. Women had to sit up at the highest floors, separate from the men.” 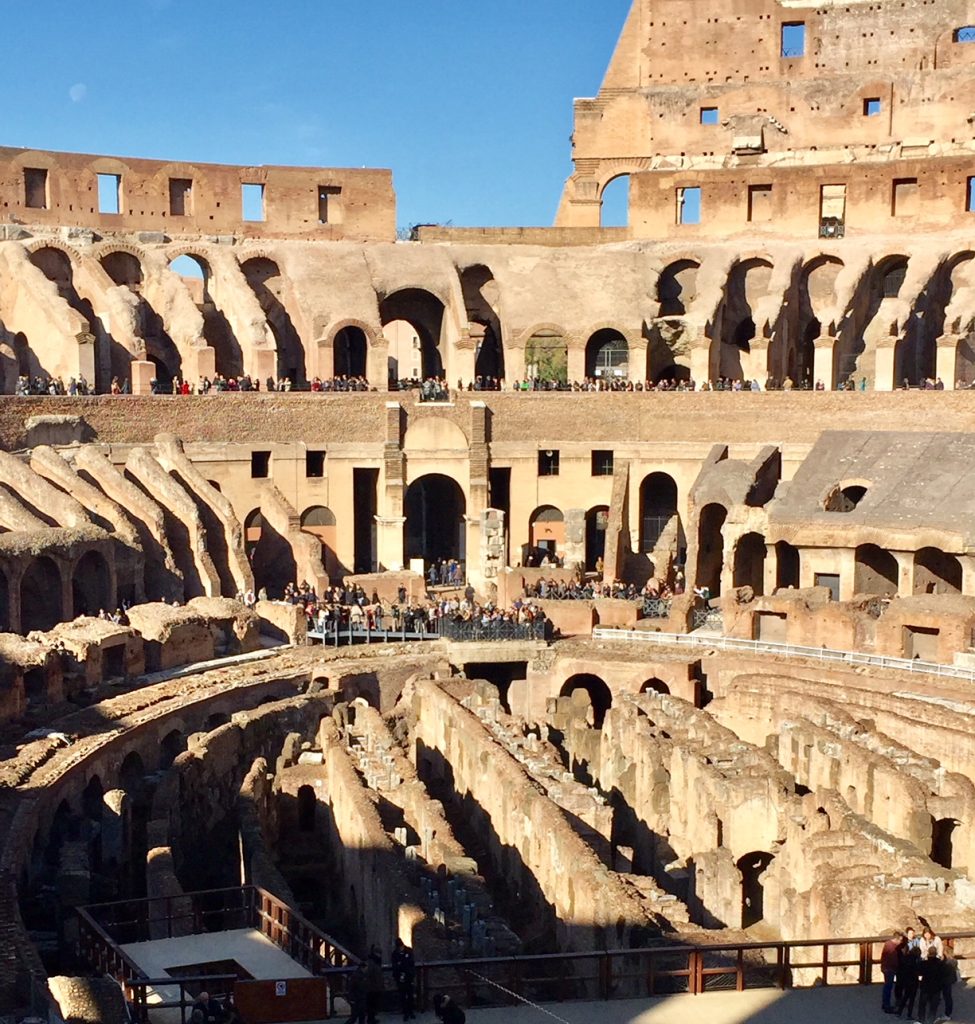 Seating at the Colosseum was a hierarchy.

Walking Tour of The Famous Sites
Even though I’ve visited Rome many times, I never tire of the touristy sites. Plus, this time I was seeing it with L, and it was all new to him.

We walked up and down the 136 Spanish Steps. L sat on the Steps to rest while I did my fashionista window shopping nearby at the haute couture boutiques on Via Condotti. 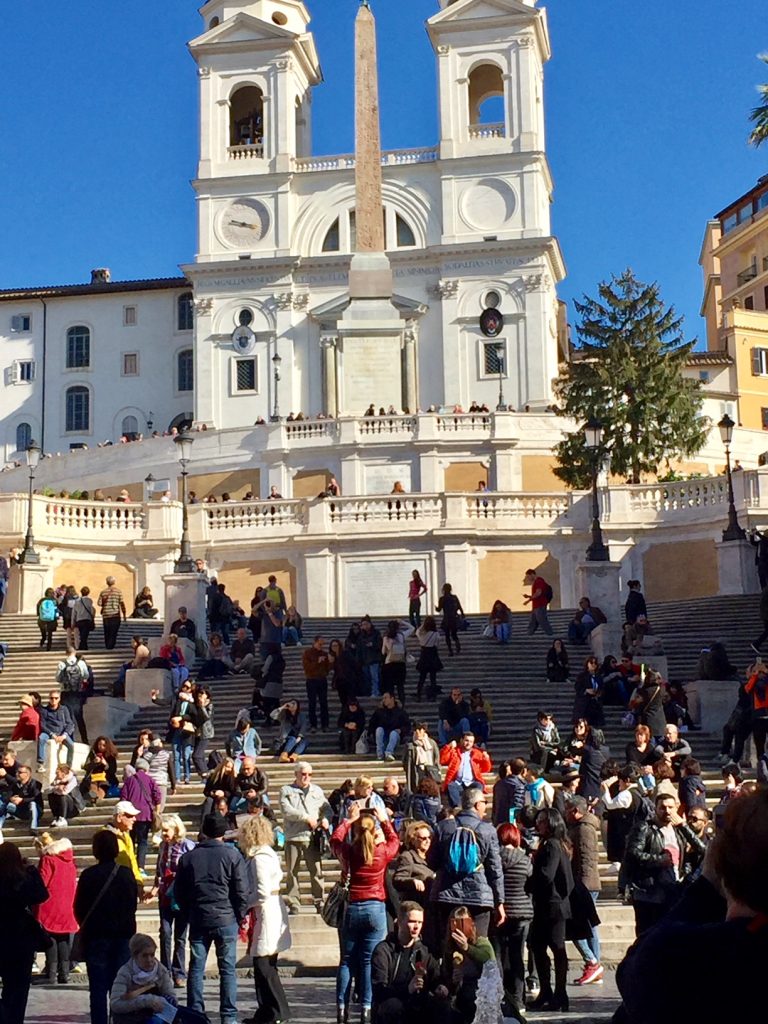 The Spanish Steps were crowded with tourists.

We passed the Trevi Fountain, where tourists were throwing coins. “One coin is to come back to Rome. Two coins you want to fall in love. Hold the coin in your right hand, turn your back and and throw over your left shoulder,” said Monica. (Important tip from Monica: The Caffe Grecco pizza and gelato shop to the left of the Trevi has four women’s bathrooms. It’s good to know when walking around the city if you need to make a pit stop. The place looked like it has good pizza too.) 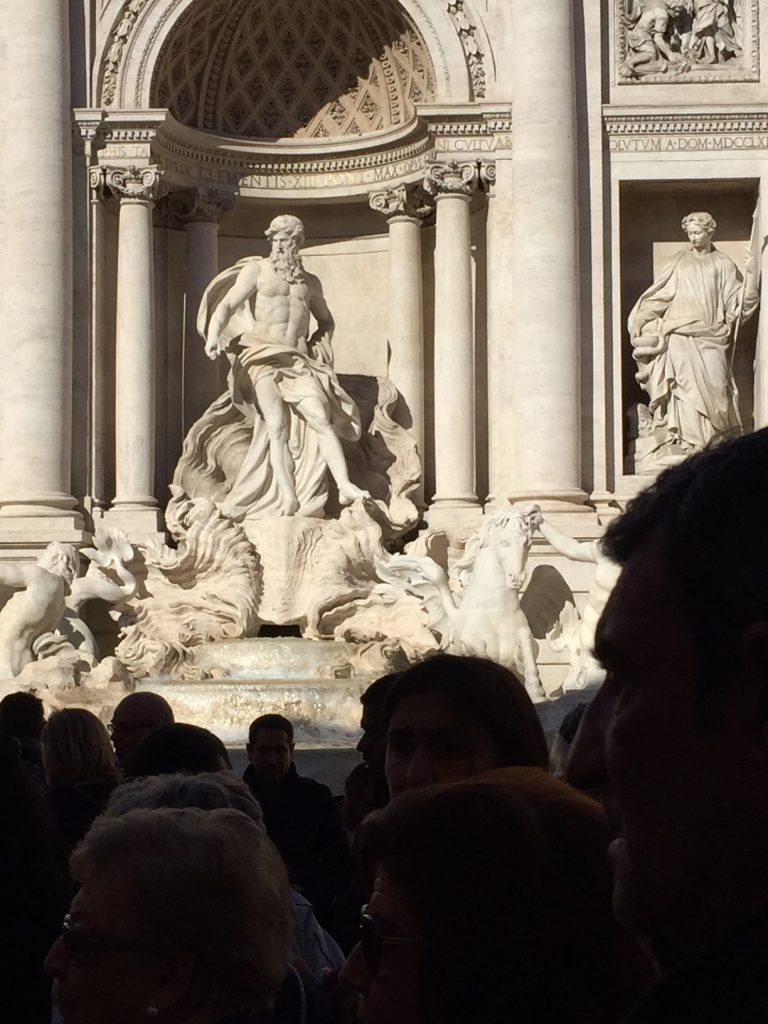 The Trevi Fountain was very crowded too. 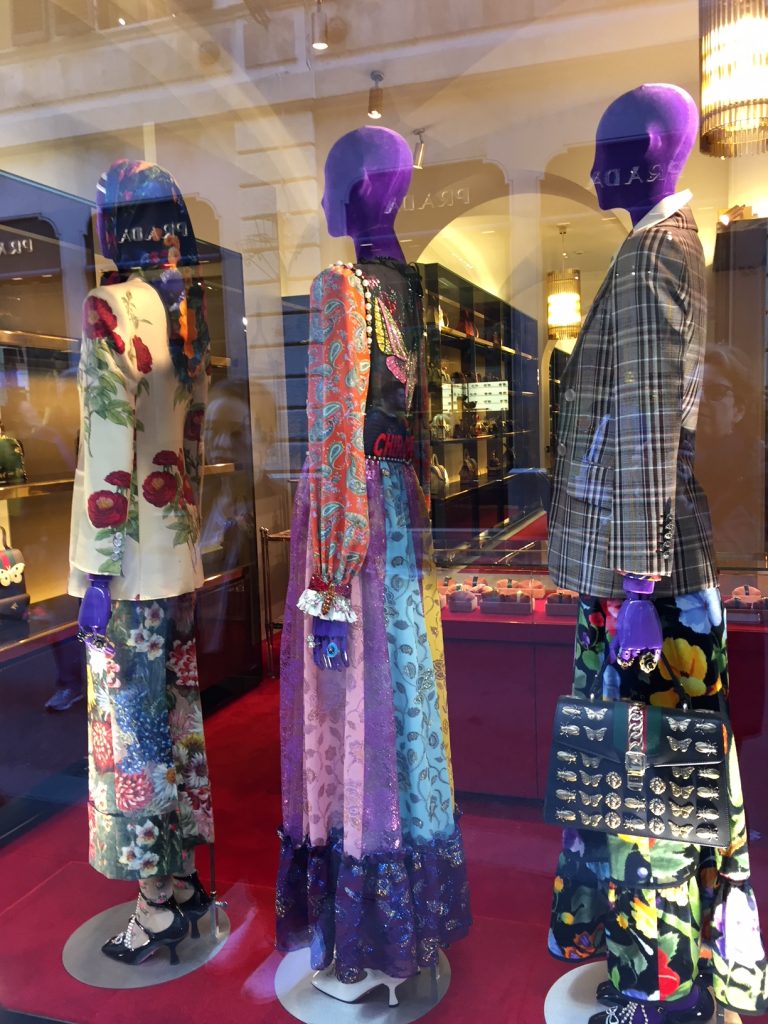 We went inside the Pantheon which is now a Christian church. “Look at the dome,” said Monica. “It is the first dome ever build in the world. The opening in the dome is called the oculus.” The tomb of Margherita is here. A pizza is named after her! The painter Raphael has his tomb here too. 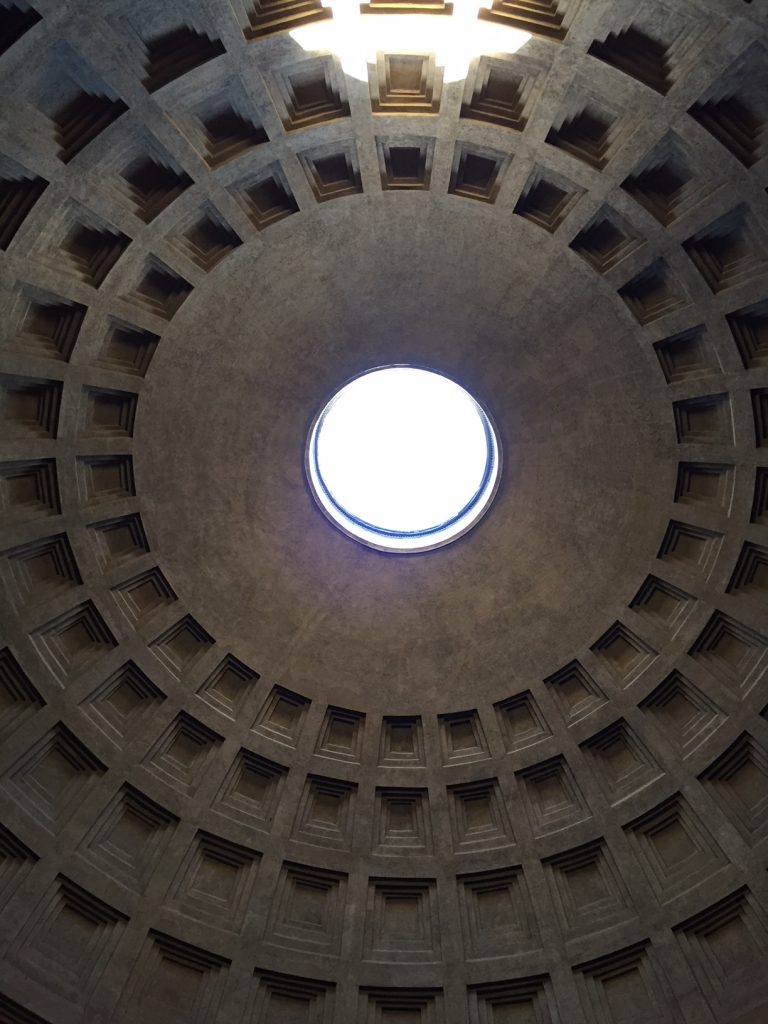 Looking up at the Pantheon oculus.

An Afternoon in Piazza Navona
Our afternoon included free time to enjoy more of Rome. My knowledge of the city kicked in.  We spent time walking around Piazza Navona, with its beautiful fountain in the center of the square. We looked at the paintings for sale by local artists. 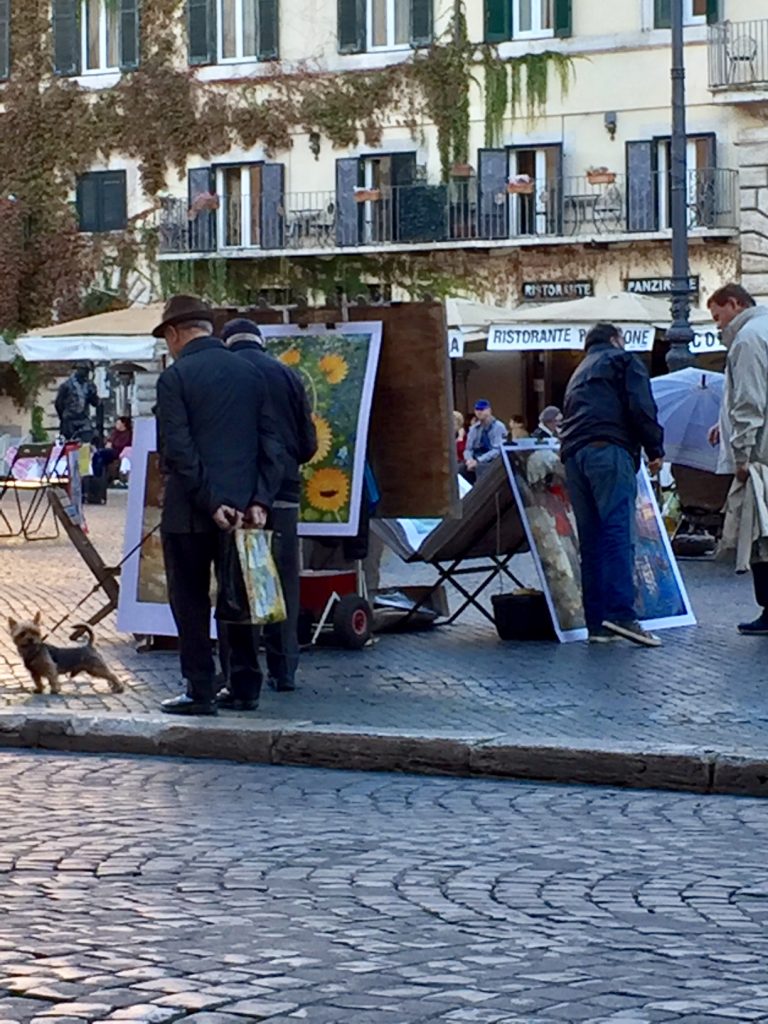 Piazza Navona is a great place to go to buy paintings by local artists.

I made L dine on authentic Italian pizza at Serafini alla Pace, a cafe right near the Piazza. “Isn’t it the best pizza you’ve ever had?” I asked. L smiled as he took a bite of the sausage and mushroom pie. It was so good, so good, so good! 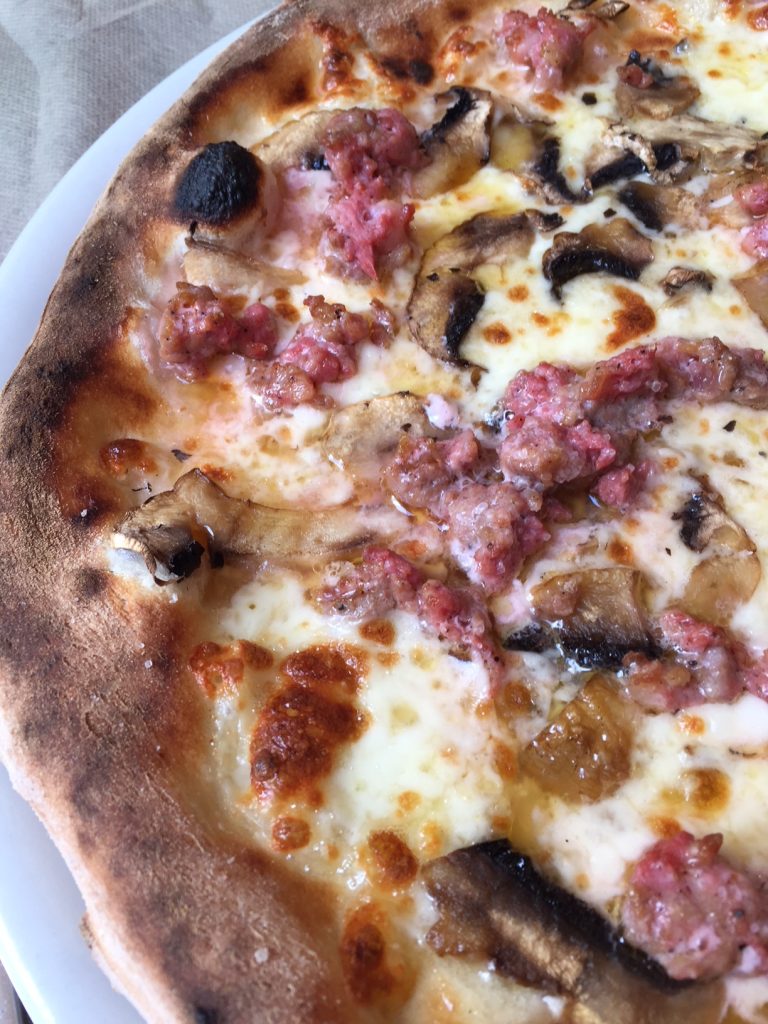 There’s nothing better than eating authentic Italian pizza in Italy.

After lunch, we walked to Campo de’ Fiori, a market square where vendors sell fresh flowers, fruits, fish, and vegetables. I took L to my favorite bakery, Il Fornaio, to buy some biscotti. Weary from our walk, L and I wandered back to our meeting spot in the Piazza and sat outside at a cafe the rest of the afternoon. Sipping cappuccino and sharing gelato was a great way to finish off our day. 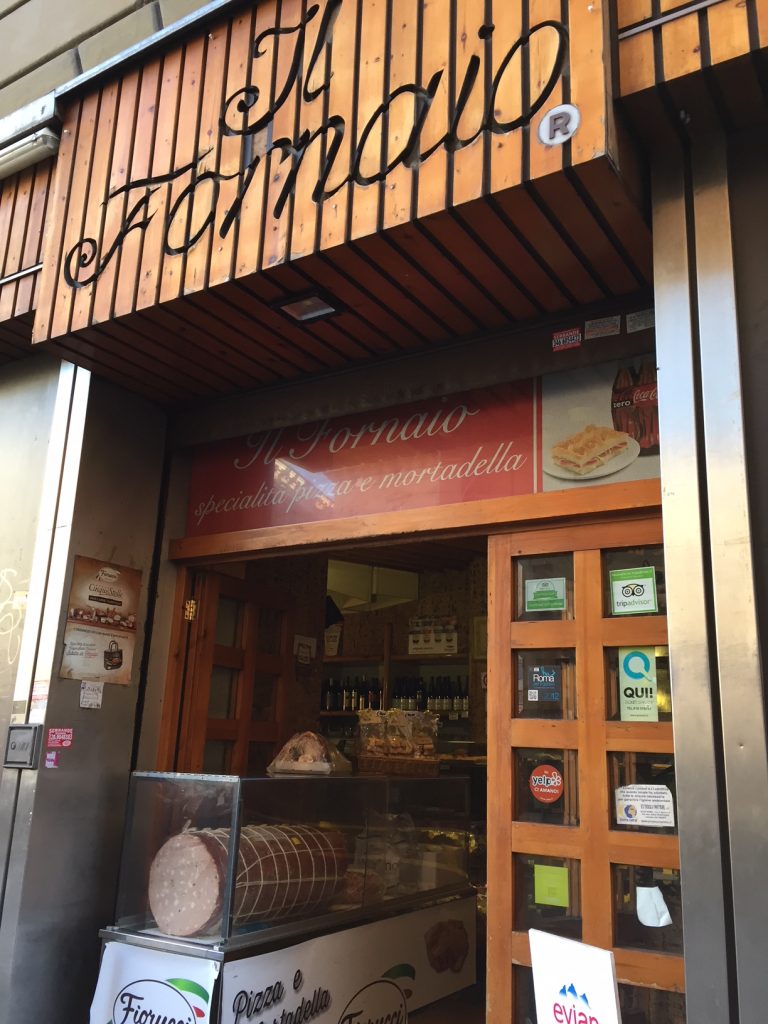 Il Fornaio is my favorite bakery in Rome. 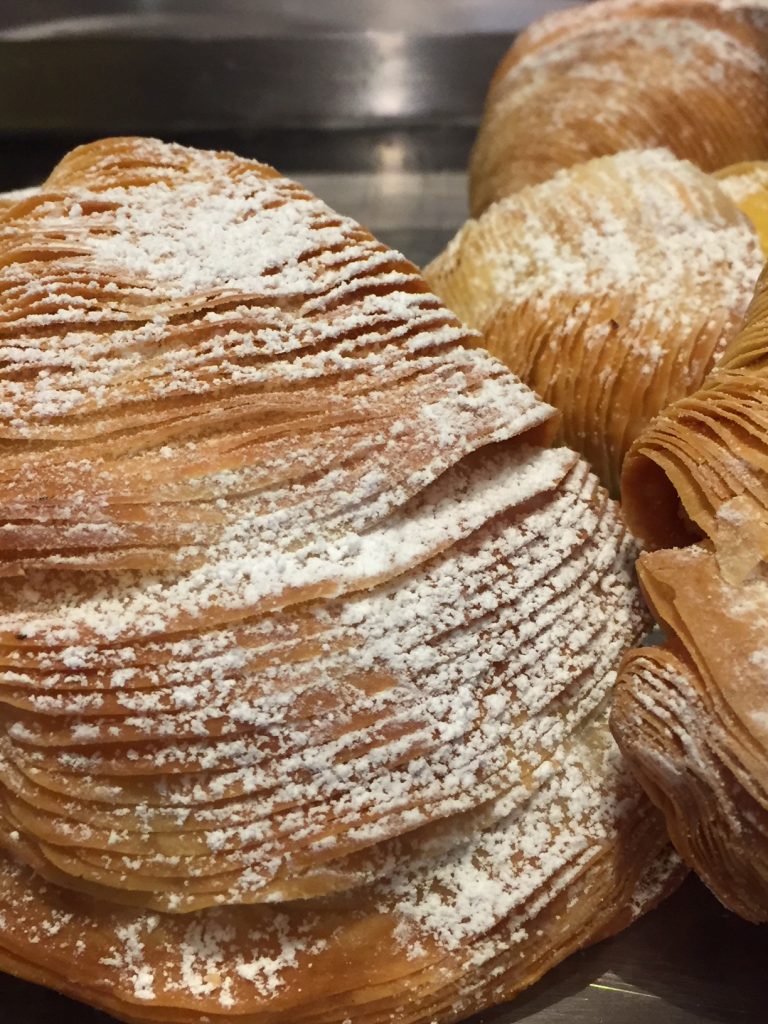 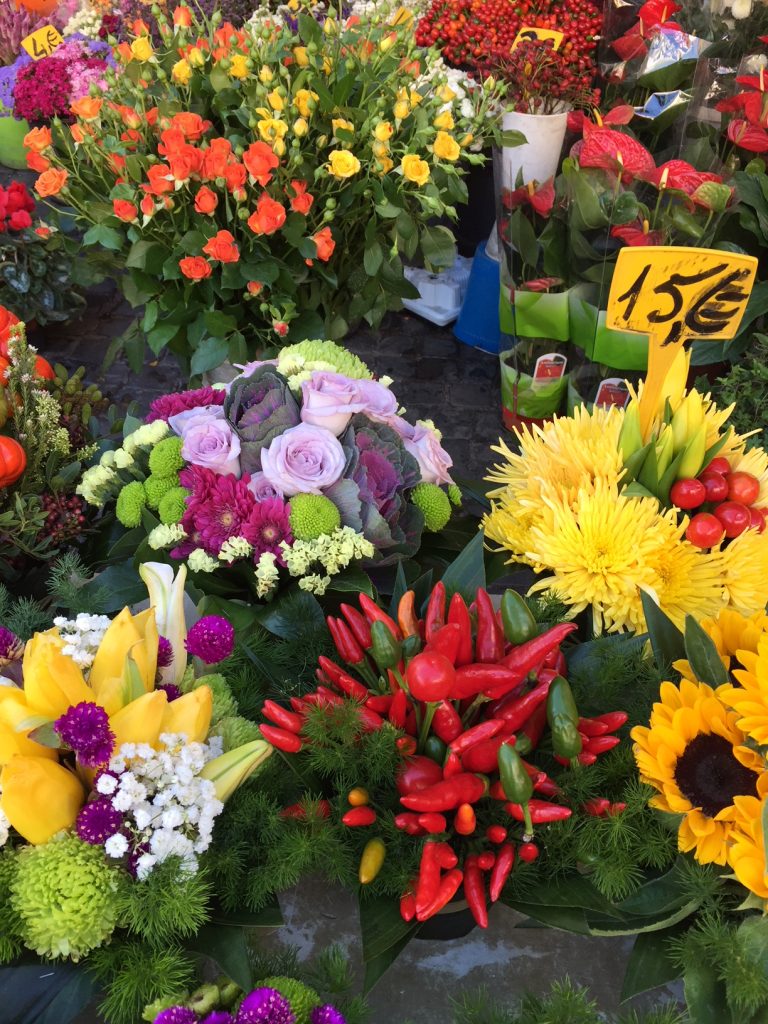 Beautiful bouquets are sold at the Campo de’ Fiori market.

We left Rome via the North Western side of the city. On our return, we passed by St. Peter’s Basilica and The Vatican State. While we didn’t see all of Rome, nor could we in one day or two or three, I felt like L had gotten a good sampling of my favorite Italian city. “Did you like Rome?” I asked before L began to doze off. He shook his head and his lips formed a smile. “We’ll have to come back again. Maybe for our 10th anniversary next year,” I said, waving arrivederci as the coach pulled away. 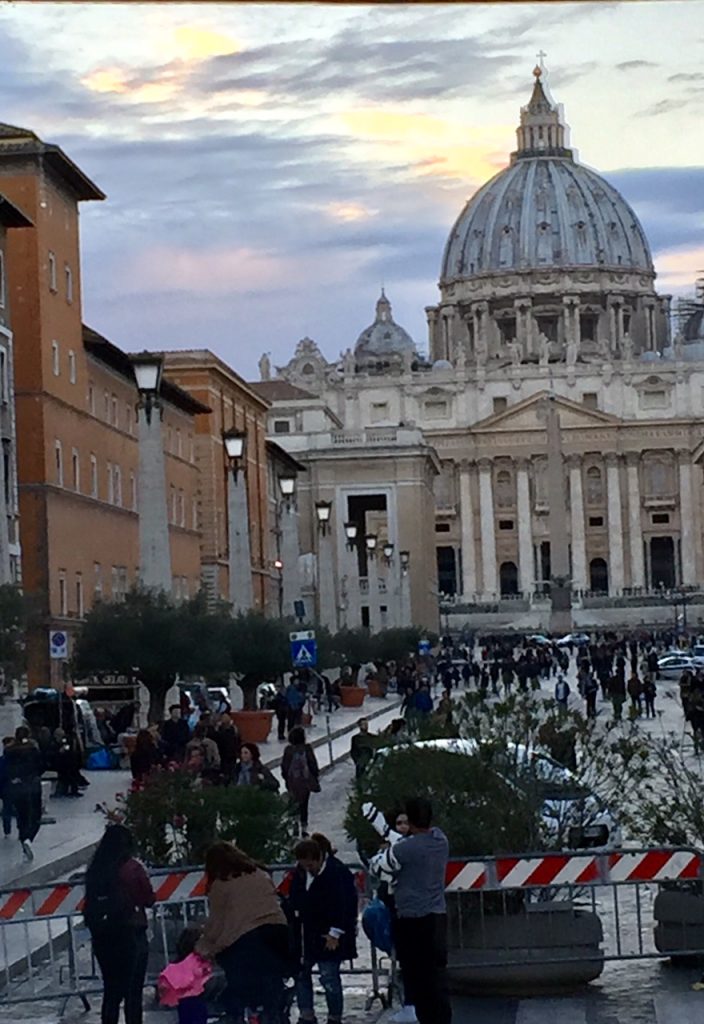 Saying Goodbye To The Viking Star
It was our last evening on the Viking Star. Despite some weather ups and downs, it had been a glorious two weeks on my first-ever luxury ocean cruise. 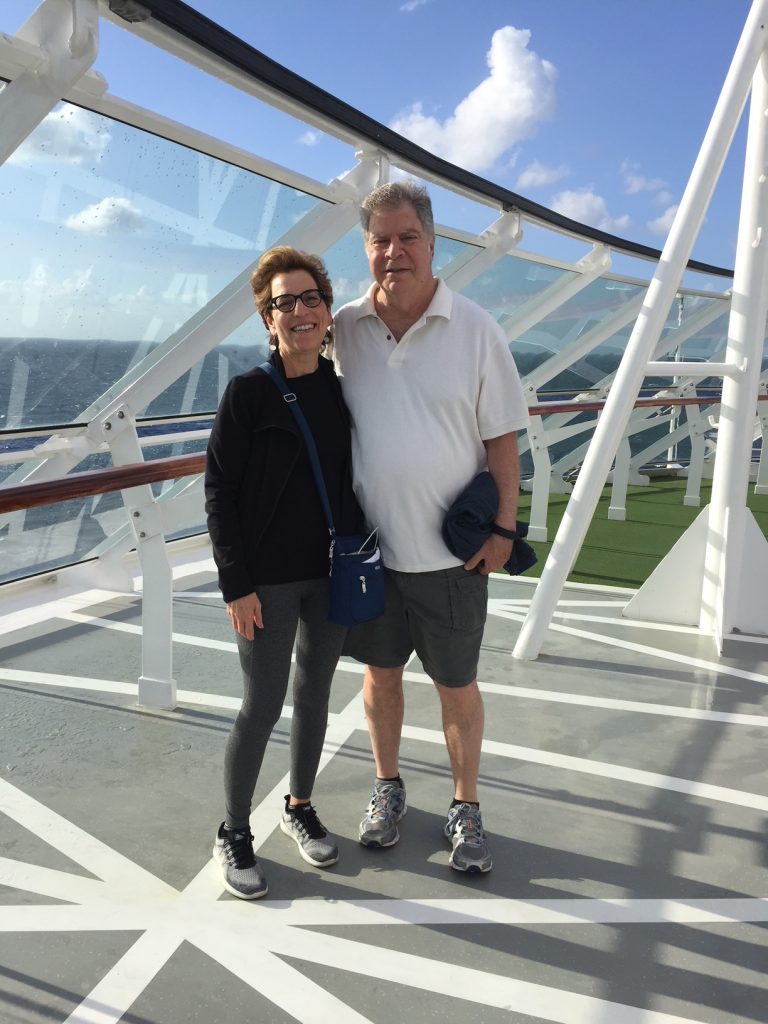 My boyfriend L and I had a very memorable trip on the Viking Star.

“At Viking, we want to exceed your expectations,” said the cruise director.  Yes, yes, yes, you surely did! To say adieu, team member Kyle sang “This Is The Moment” from Jekyll and Hyde. The words were a fitting send off:

This is the moment, forget all the odds
This day or never I’ll sit forever with the gods.
When I look back I will recall, moment for moment
This was the moment,
The greatest moment of them all.

Thank you Team Viking. I truly will remember and savor all the greatest moments from the Viking Star.

A Fun and Relaxing Weekend at Hilton Grand Vacations at MarBrisa