My River Cruise on the Douro – Spotlight on Salamanca 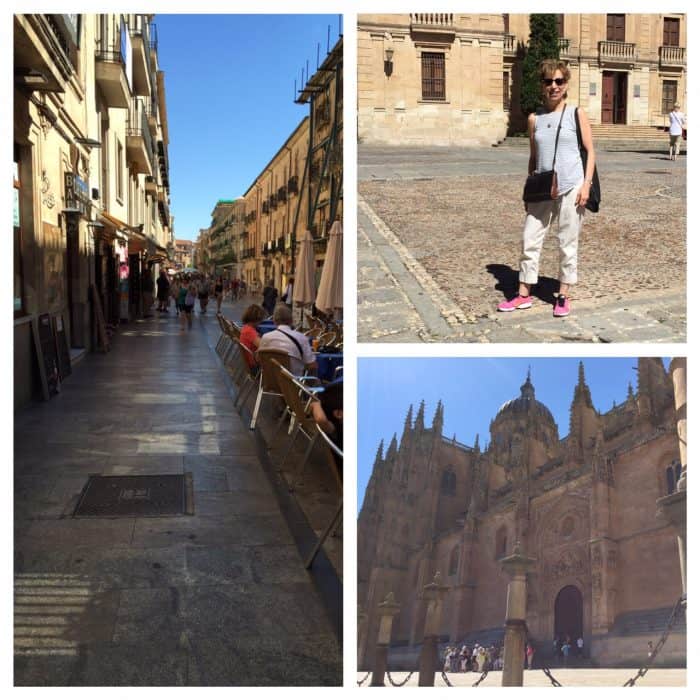 “Tomorrow we rise early for our excursion to the golden city of Salamanca,” said our program director Jorge on our Viking river cruise on the Douro in Portugal.* “We’re going to Spain,” I said to my boyfriend L. “You’ll finally be able to get an authentic paella. Are you going to join me for this excursion?” “Yes, yes,” said L.

Our trip to Salamanca

We boarded the bus for a very long two hour ride. L slept, while I looked out the window at the beautiful views of the countryside. 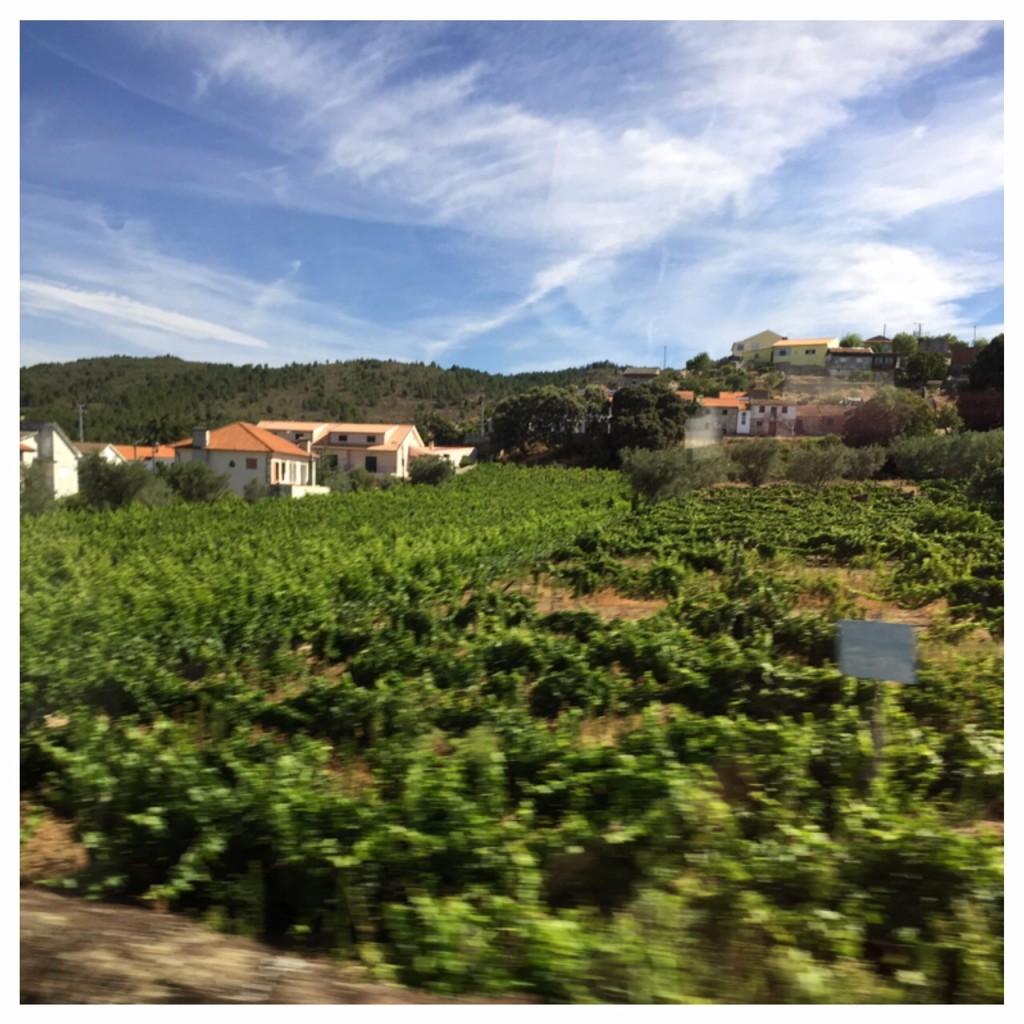 A view on the way to Salamanca

During our free time in the morning, we walked around the city streets:

♥ We went to Museo Art Nouveau where there was a special Coco Chanel exhibition. L stayed outside while I toured the collection of Coco’s fashions – a fun fashionista experience. 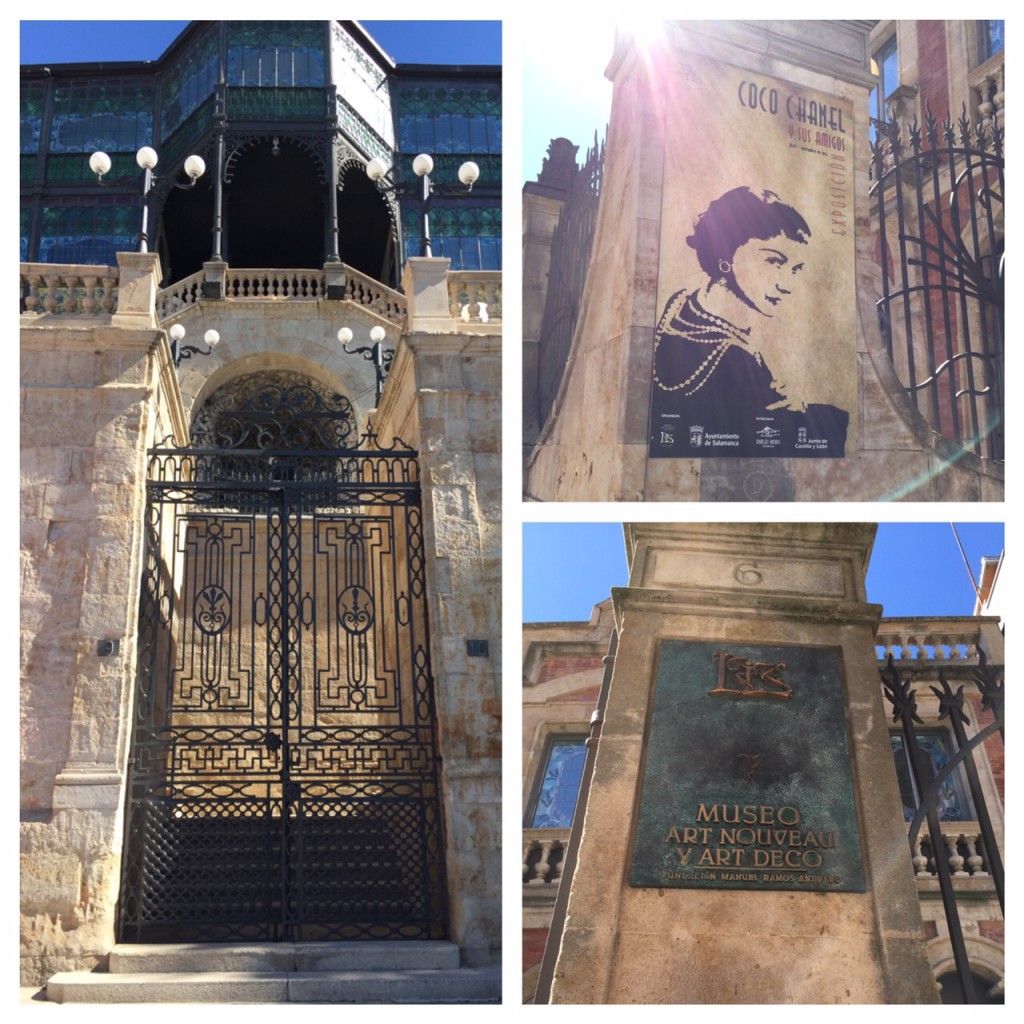 Touring the sites in Salamanca 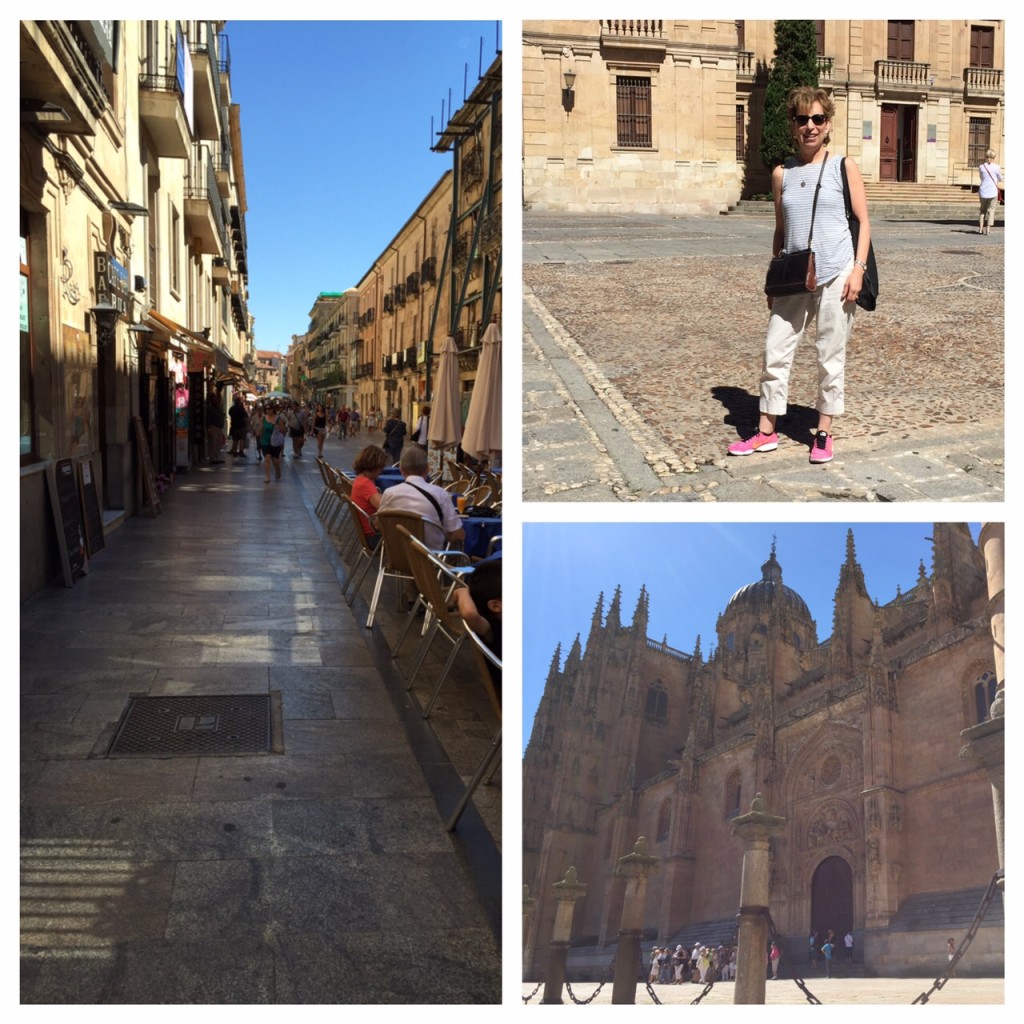 There are several cathedrals in Salamanca

♥ We wandered around the mercado food market and several other food shops in the center of town. 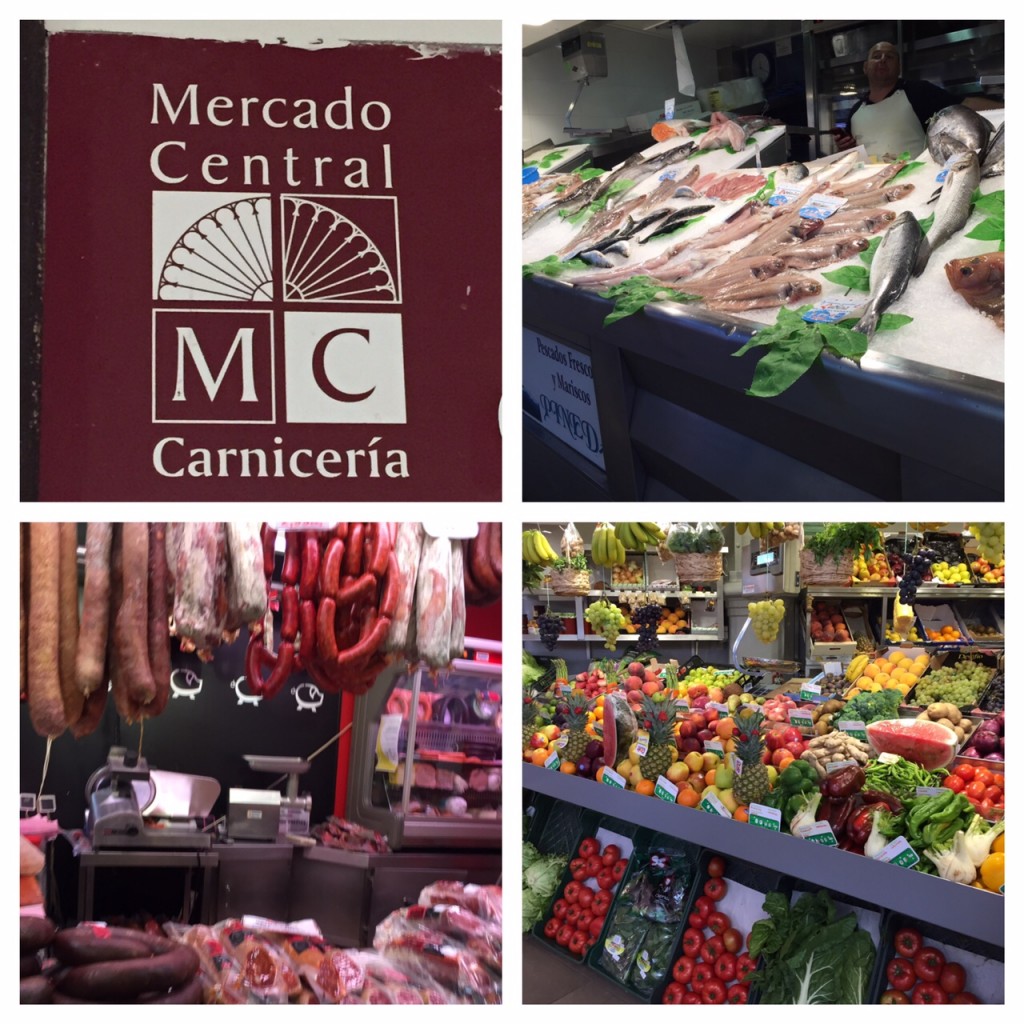 The food markets were appetizing

Plenty of paella and flamenco

Lunch was at Hotel Alameda Palace, where we dined on paella and smoked ham carved by a certified master cutter. “Pick up the ham with your fingers, silver utensils will change the taste,” said our host. L and I obliged. The ham was salty but cured to perfection and quite addicting. 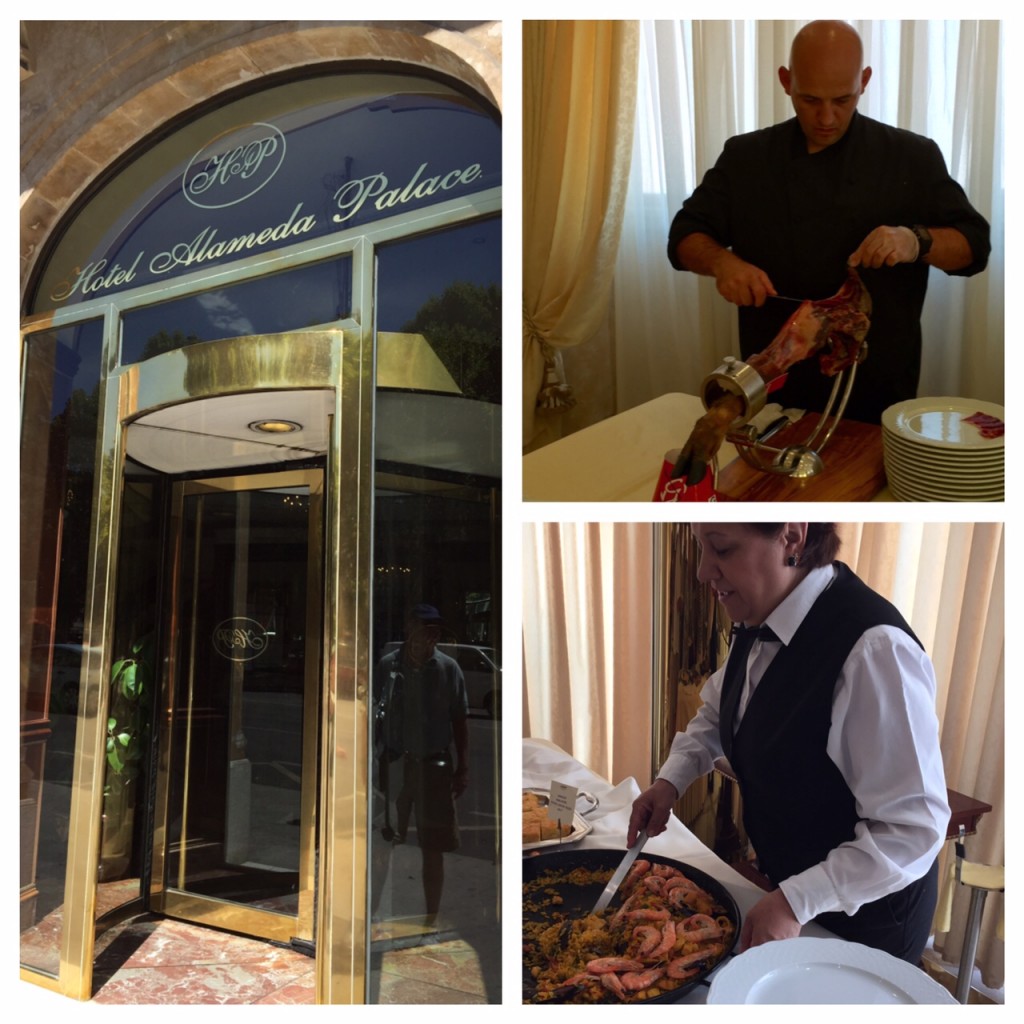 A lunch of paella

After finishing our tasty lunch, we were entertained with a traditional Spanish show of flamenco. Unlike Portuguese fado which tells a story through song and guitar, flamenco consists of song, guitar, dance and hand clapping. 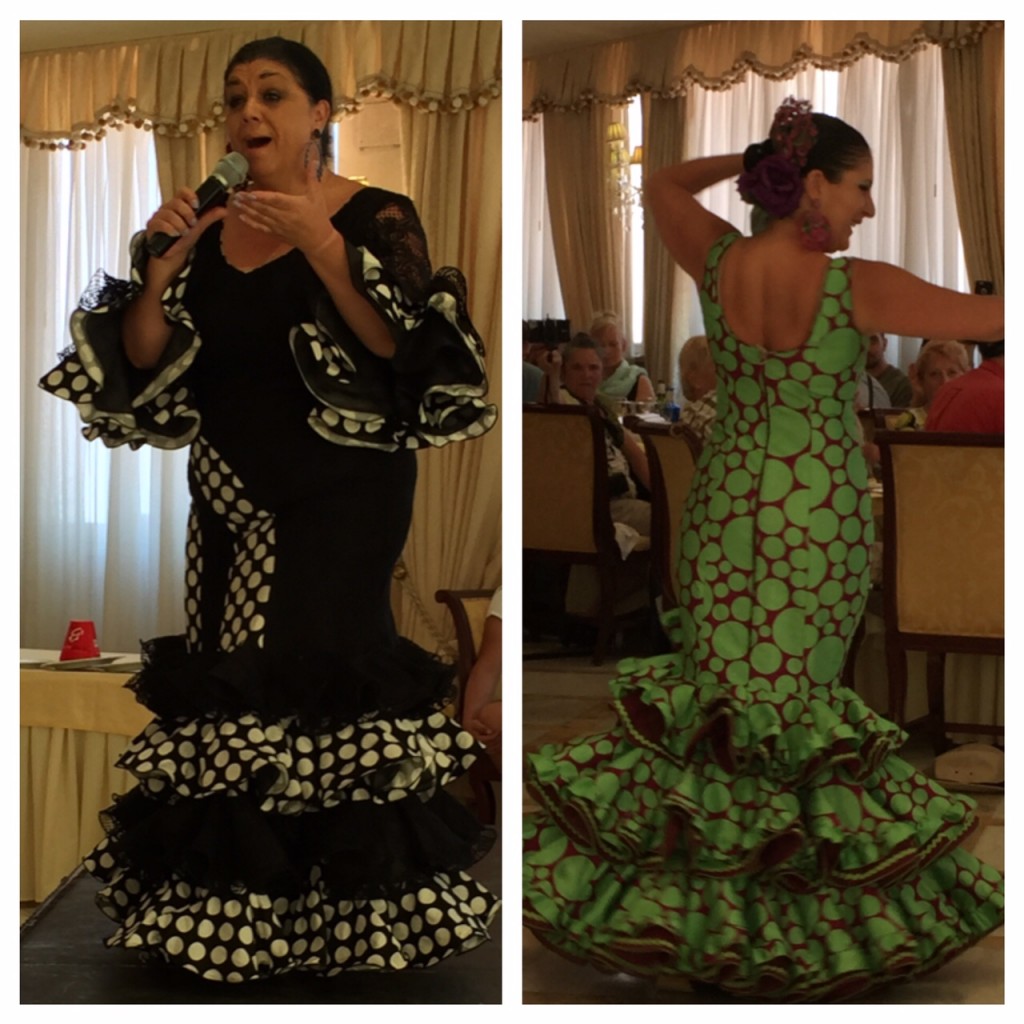 Time to do some flamenco dancing

A tour of Salamanca University

The afternoon sun was very hot. L would have preferred to take a nap, along with the rest of Salamanca – like other European towns, shops shut down for lunch and siesta until around 3:00 p.m. No rest for weary L (or for me), as it was time to explore the old city with a tour of Salamanca University. “Salamanca does not have much industry,” said our guide Carmen. “It is a university town. The university was founded in 1218 and is one of the oldest in Europe.” 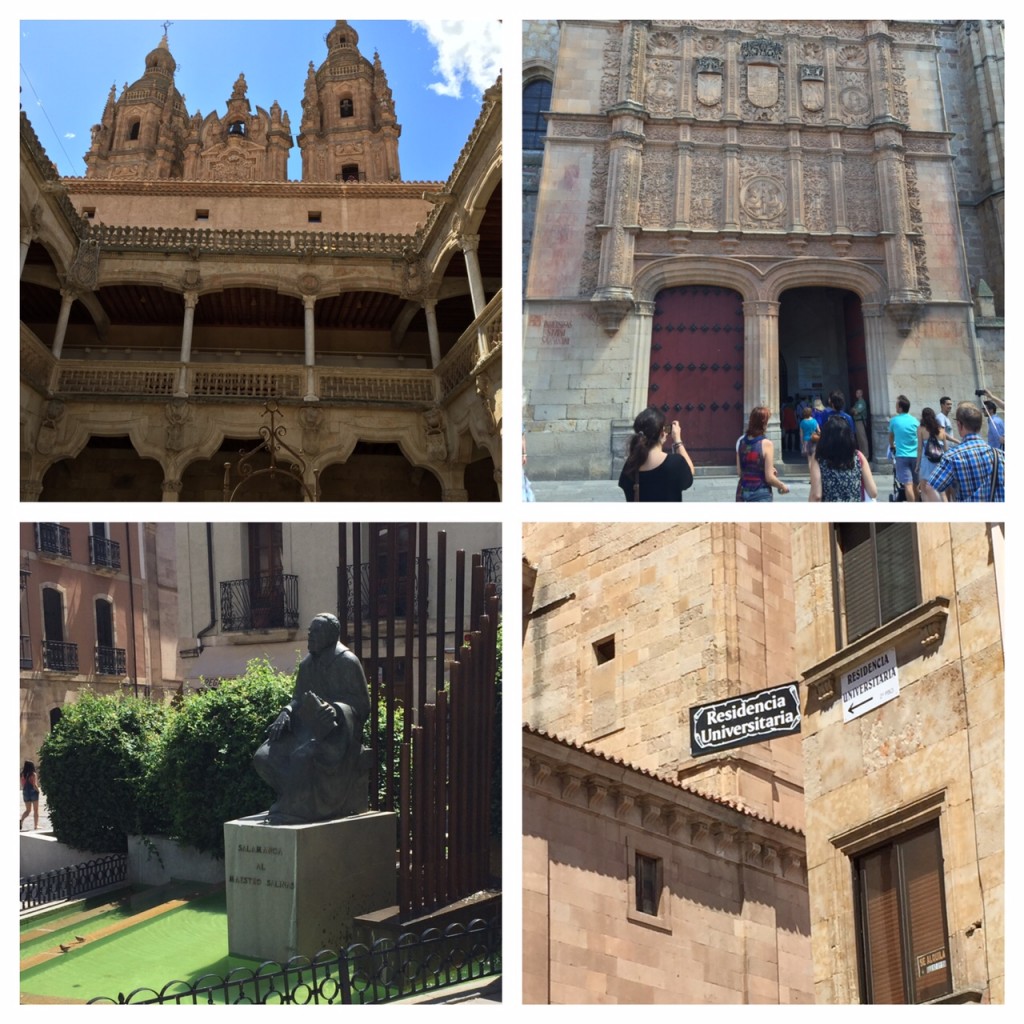 We were all glad to get back to the bus after the tour. I think most of us were shut eye the entire ride home from our very active day.

Dinner on the deck

“We have a wonderful surprise for you,” said Jorge when we returned to the Viking Hemming. “We have a Portuguese barbecue up on the deck tonight and you will have a chance to dance the night away under the stars.”

It was a lovely evening with a variety of favorite local dishes including vegetable salads, green cabbage soup, blood and chorizo sausages, grilled sardines and other charred meats and burgers. Wine, fresh mountain air, and glorious river views – who could ask for more? 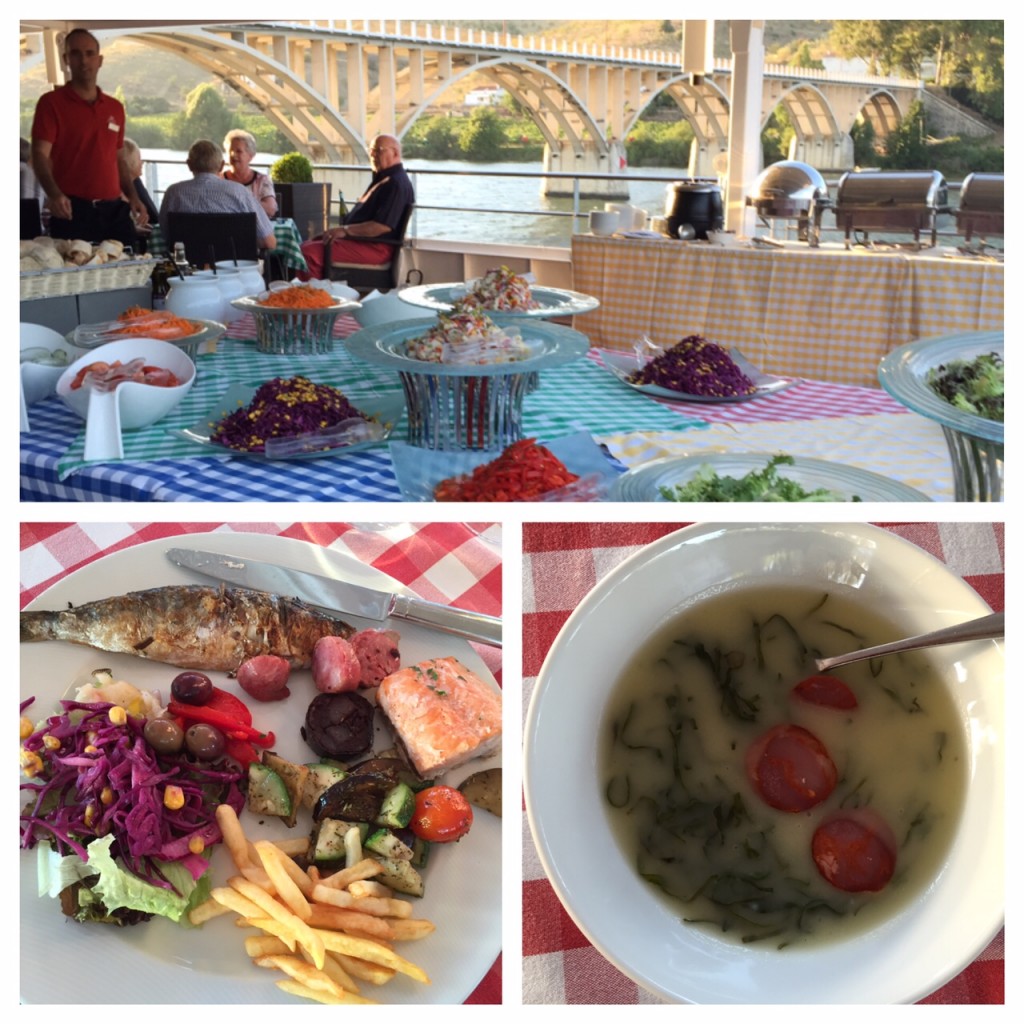 Dinner of Portuguese specialties were on deck

Our river cruise was coming to an end. Only two more days to go and in true Viking style – they saved the best villages for last. Stay tuned for my grand finale on the Douro, coming next week.

*Disclosure of Material Connection: This is a “sponsored post.” Viking River Cruises provided me with a complimentary press trip river cruise on the Douro. Regardless, I only recommend products or services I use personally and believe will be good for my readers.