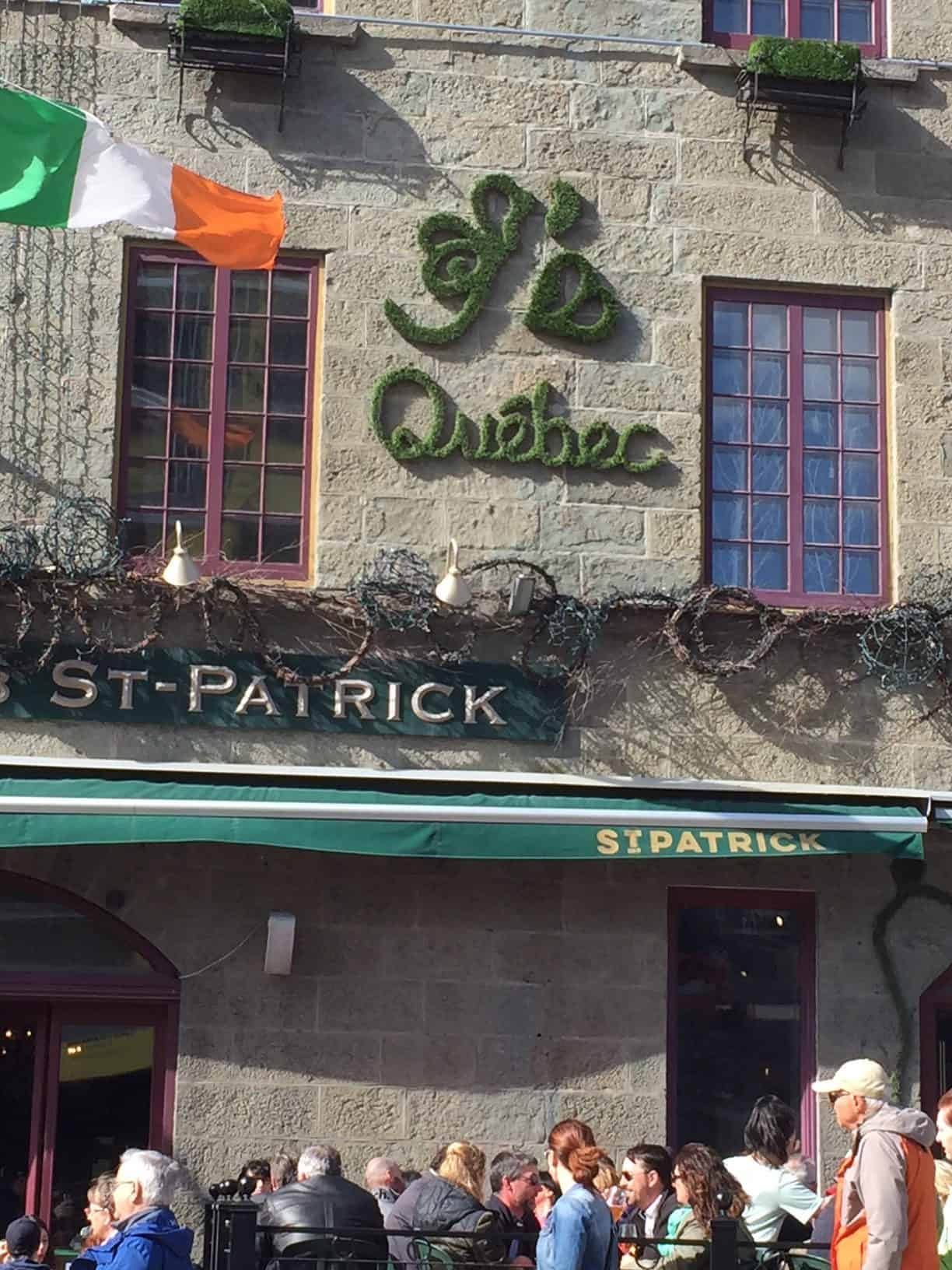 In early May, I visited Québec City. It was my first visit to Canada’s very charming and mostly French-speaking Québec province. I was there to attend the 2018 Women In Travel Summit, also known as WITS18. WITS is one of the world’s top events for women travel influencers to connect and build sisterhood and network with others in the travel industry.

It was fun to be in the company of 400+ females of all ages who love to travel. It was great to meet and greet fellow boomer travel bloggers face-to-face, especially those I only previously met virtually in our Facebook Group. It was amazing to stay at Fairmont Le Château Frontenac, the most iconic hotel in the world, and to explore the history, culture, and food of the oldest city in North America. 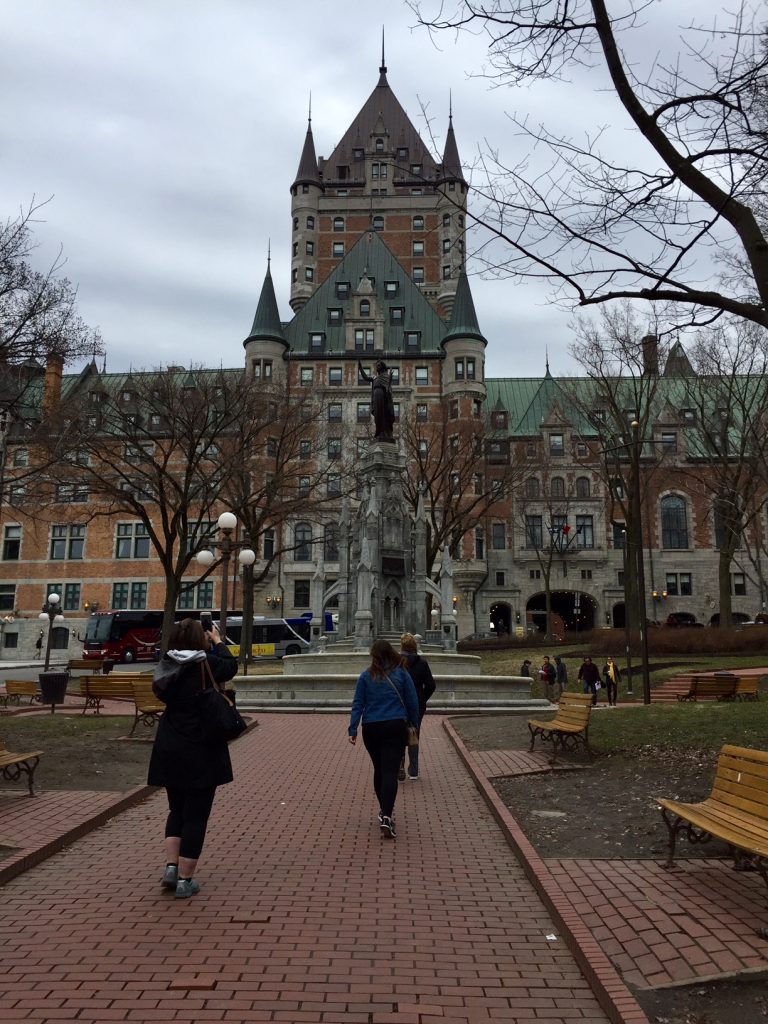 It was fun to stay in a Québec landmark like the Fairmont Le Chateau Frontenac.

A City With Many Accolades
With so much to see and do in Québec City, coupled with the French language and European ambiance, it was a perfect spot to grab a few days away without a long flight abroad. Plus the exchange rate with the Canadian dollar is really good right now, almost a 20 percent discount! 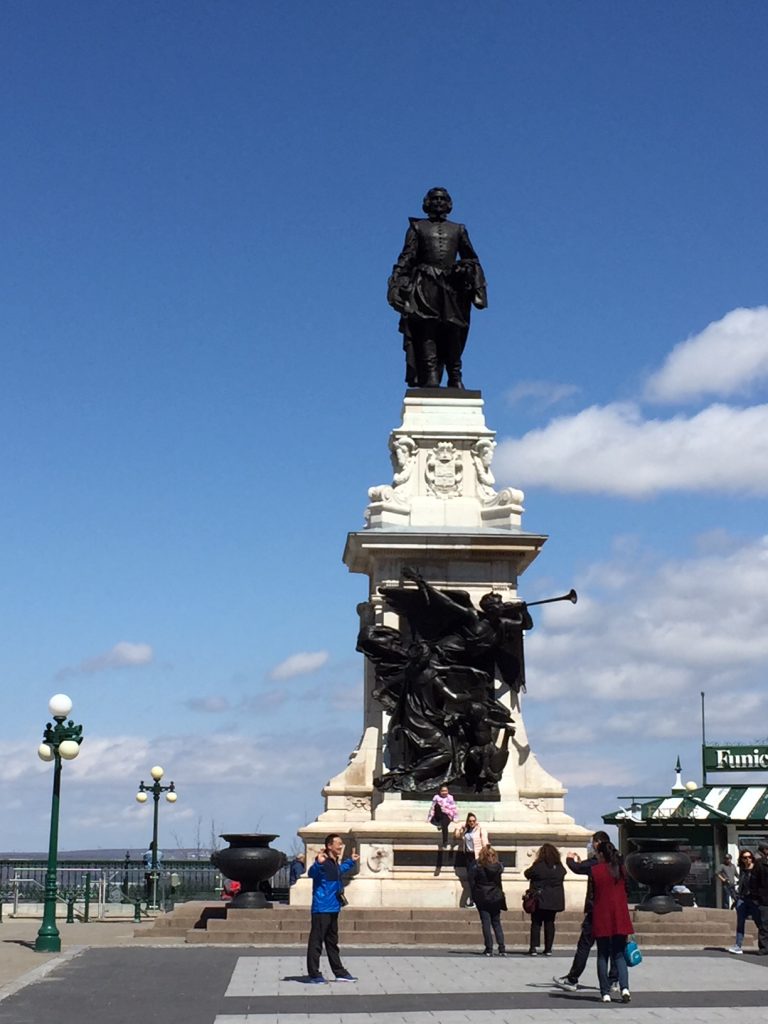 Québec City is a town with many accolades. In 2016, Leading Culture Destinations Traveller’s Awards honored Québec City with the Culture City of the Year Award which recognizes the most stimulating and imaginative cities for the cultural nomad to visit. The other nominees were Lyon (France) and Los Angeles (USA). Ooh, ooh, ooh, I’ll be heading to Lyon in a few weeks with my BFF L for our 60th celebration. Will tell you all about it when I return. 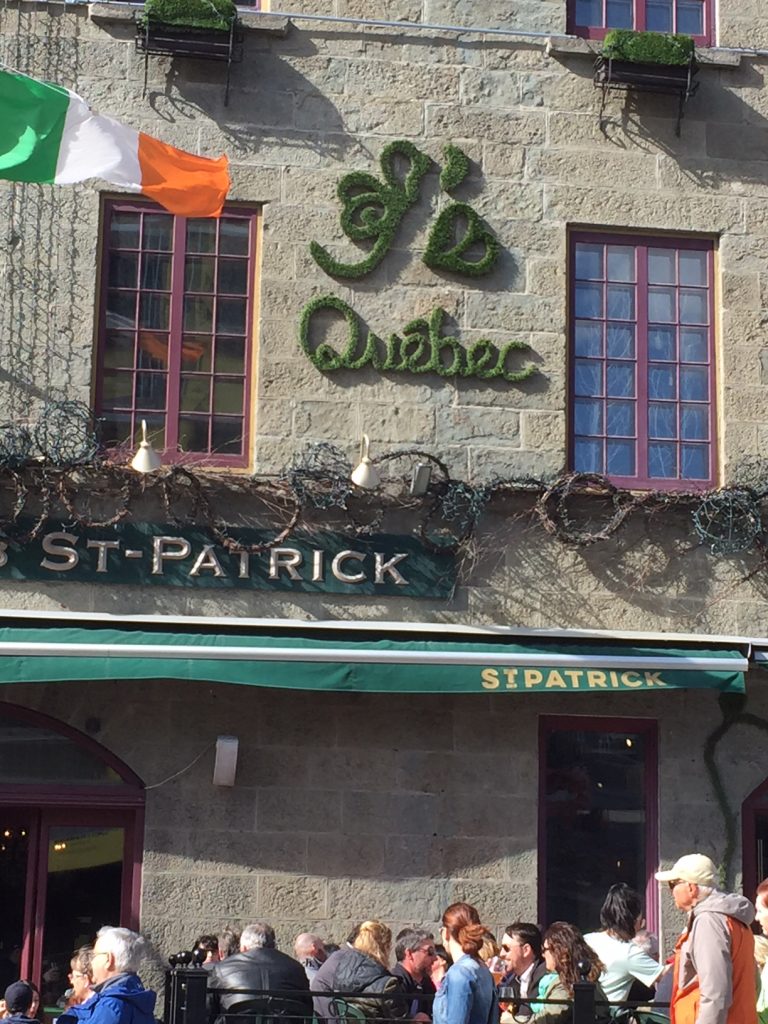 Quebec is the oldest city in North America.

Being a foodie, I was glad to read that in 2015 Condé Nast Traveler ranked Québec City among the top 20 world’s best food cities. I’ll be sharing more about our Québec City food tour in a future post. 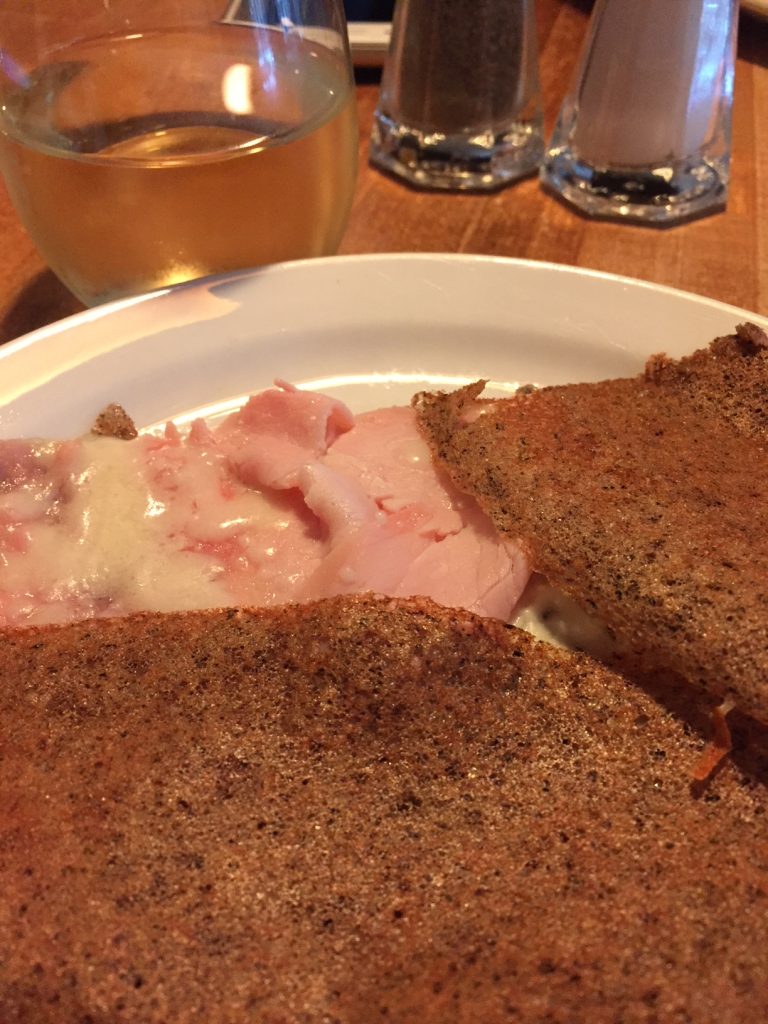 Crepes are a popular menu item in Québec.

Staying In A True Life Castle
This year, Fairmont Le Château Frontenac is celebrating its 125th anniversary, so it felt extra special to stay there. It was almost like being in a fairy tale setting. 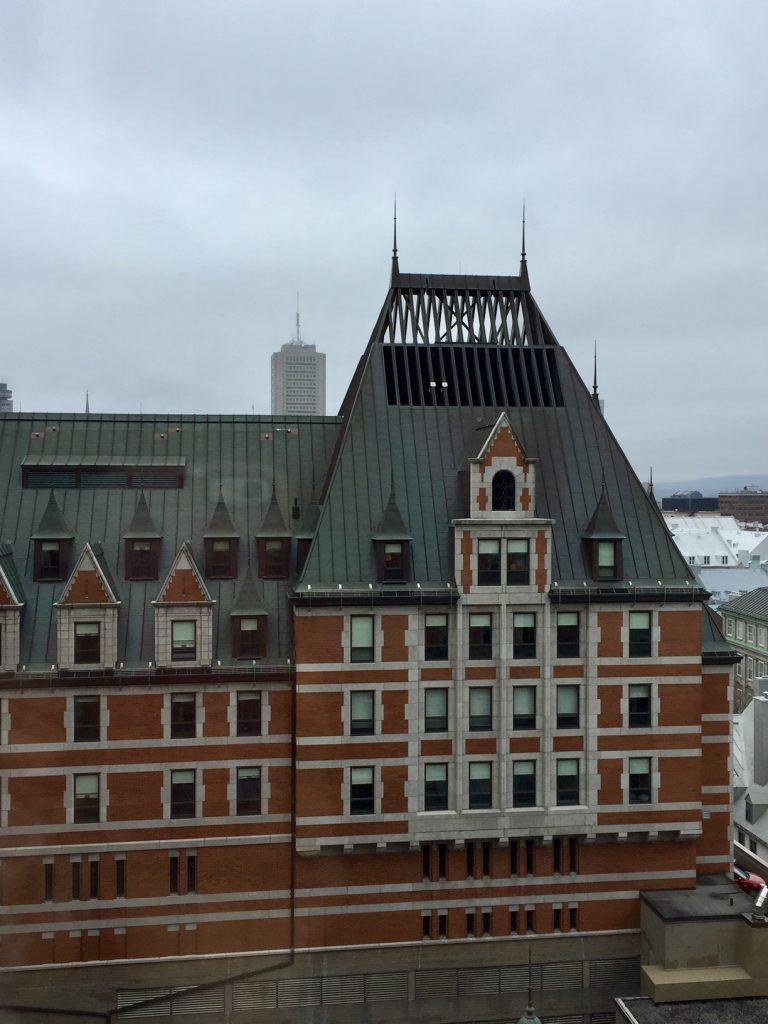 A view from my window at the Fairmont Le Chateau Frontenac.

Maxime, the marketing manager, gave us a tour of the building with its 7.5 miles of corridors, 2,000 windows, many with extraordinary views of the St. Lawrence River or the dramatic architecture of Old Québec. Maxime pointed out the central tower which is almost 260 feet high, the copper roof, and the Château Frontenac brick – designed especially for the hotel. 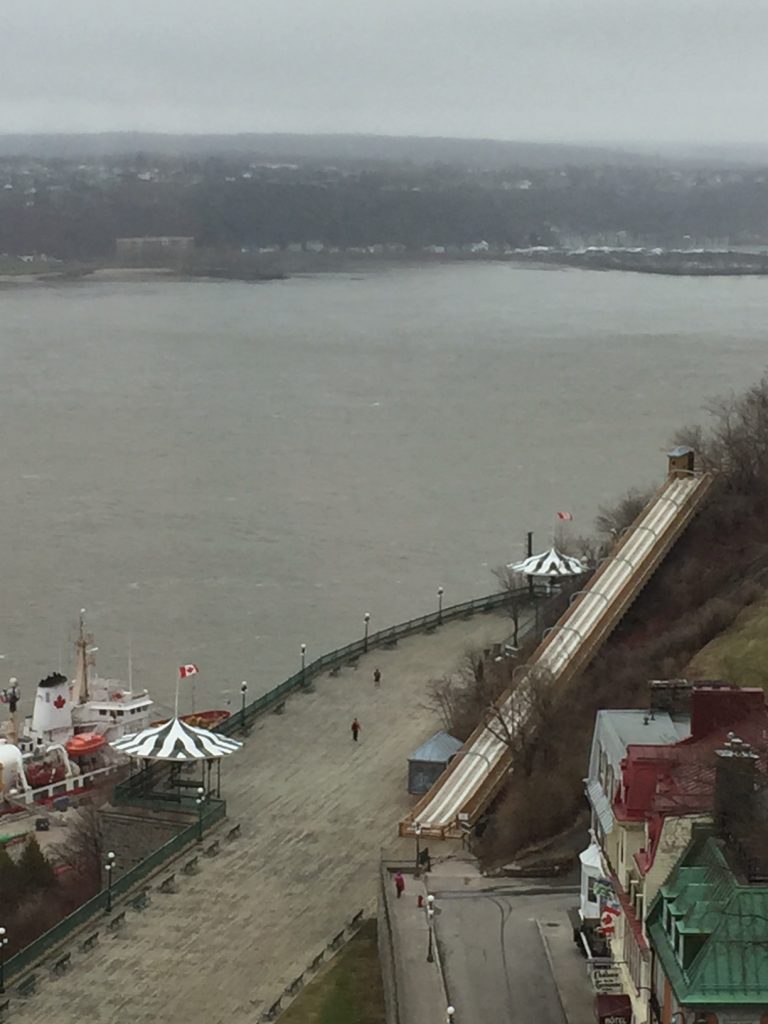 Views from the hotel of the St. Lawrence River, the boardwalk, and winter slide.

He shared its history, from inception to highlights of the $75 million revitalization and modernization in 2014, including the renovation of guest rooms (one of which we were staying in), transformation of the main lobby, expansion of the banquet areas, introduction of three new restaurant concepts, and addition of an urban spa. There’s also a beehive on the roof. 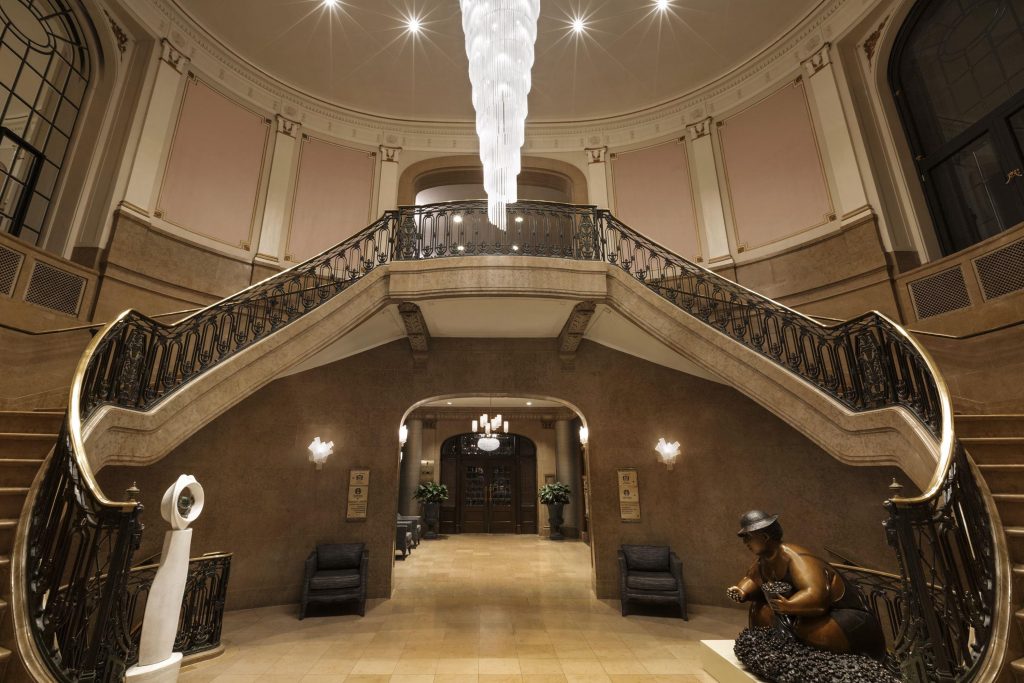 The Rose Staircase at Le Chateau Frontenac has a magnificent chandelier.

Maxime told us about famous personalities who have graced the Fairmont Le Château Frontenac. He showed us the luxurious suite designated in honor of the official visit of Queen Elizabeth II and the Duke of Edinburgh, and another suite occupied by Princess Grace of Monaco and Prince Rainier III during their presidency of the Queen’s Ball. 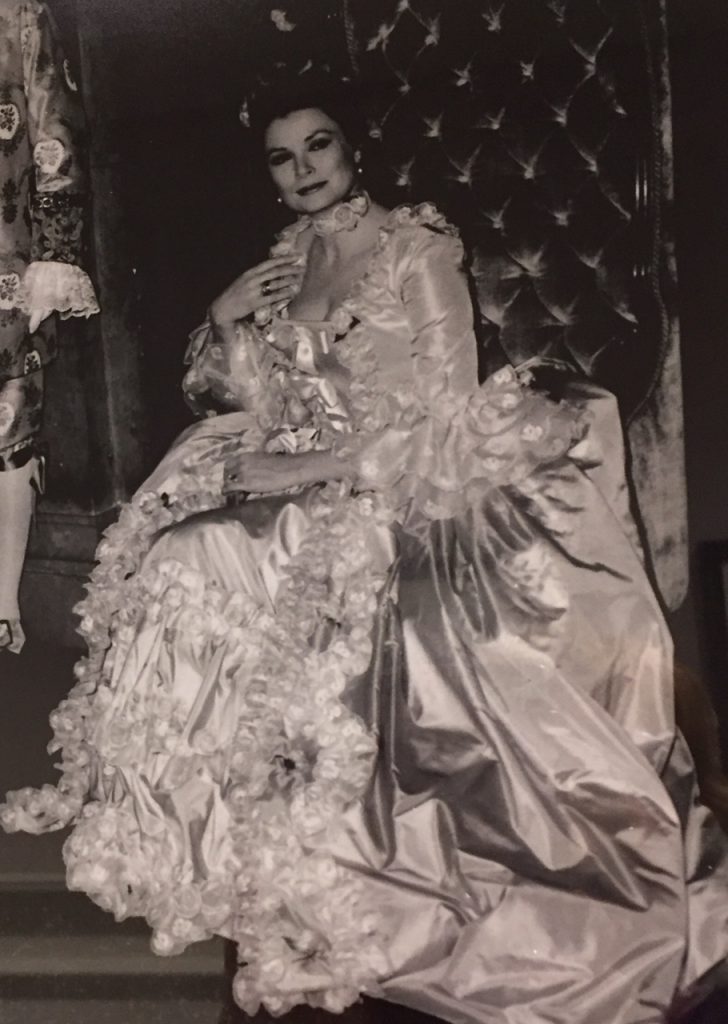 Maxime said that the hotel played a major role in significant political meetings. For example, in August of 1943 and again in September of 1944, Le Château Frontenac became the center of the Québec Conferences of World War II involving President Franklin D. Roosevelt, British Prime Minister Winston Churchill and Canadian Prime Minister William Lyon Mackenzie King. The heads of the Allies held talks that proved decisive to prosecuting the war to a successful conclusion. 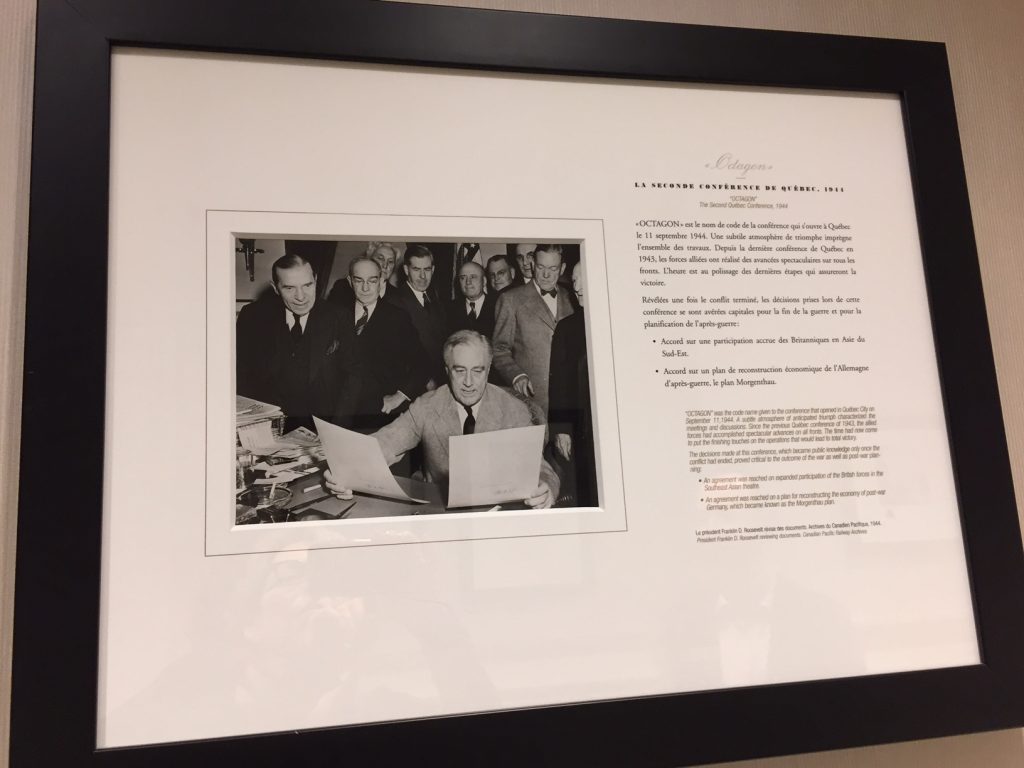 Since we were at a conference, we didn’t have a chance to partake in any restaurant meals, but all the restaurants looked divine. The romantic Champlain Restaurant with its modern cuisine and The 1608 with a beautiful bar overlooking the St. Lawrence River, were my two favorites. I think I may need to return in 2019. Maybe I’ll visit with my boyfriend L for our 10th anniversary. 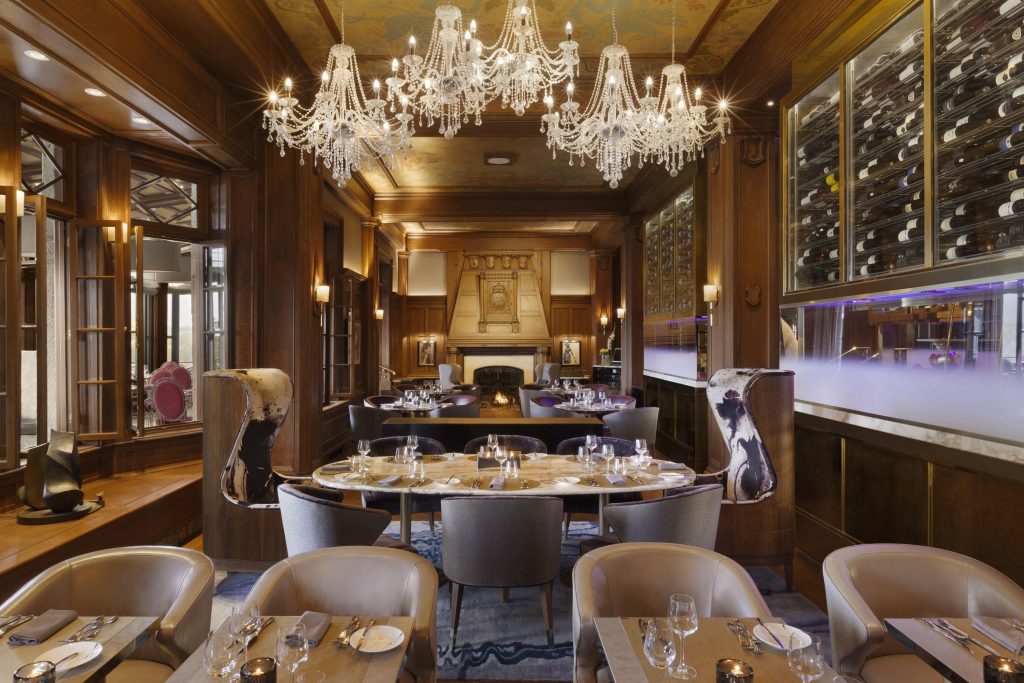 It Was A WITS and Wanderful Weekend
From Friday evening to Sunday afternoon, my days were packed with WITS activities. There were panel discussions and breakout sessions focused on trends in travel, techniques for improving travel writing, ways to enhance social media presence, tips to become a better influencer, and more. There were travel industry representatives pitching their cities and vendors selling their travel-related products and services. Afternoons were reserved for mentoring and networking with other influencers and tourism boards. 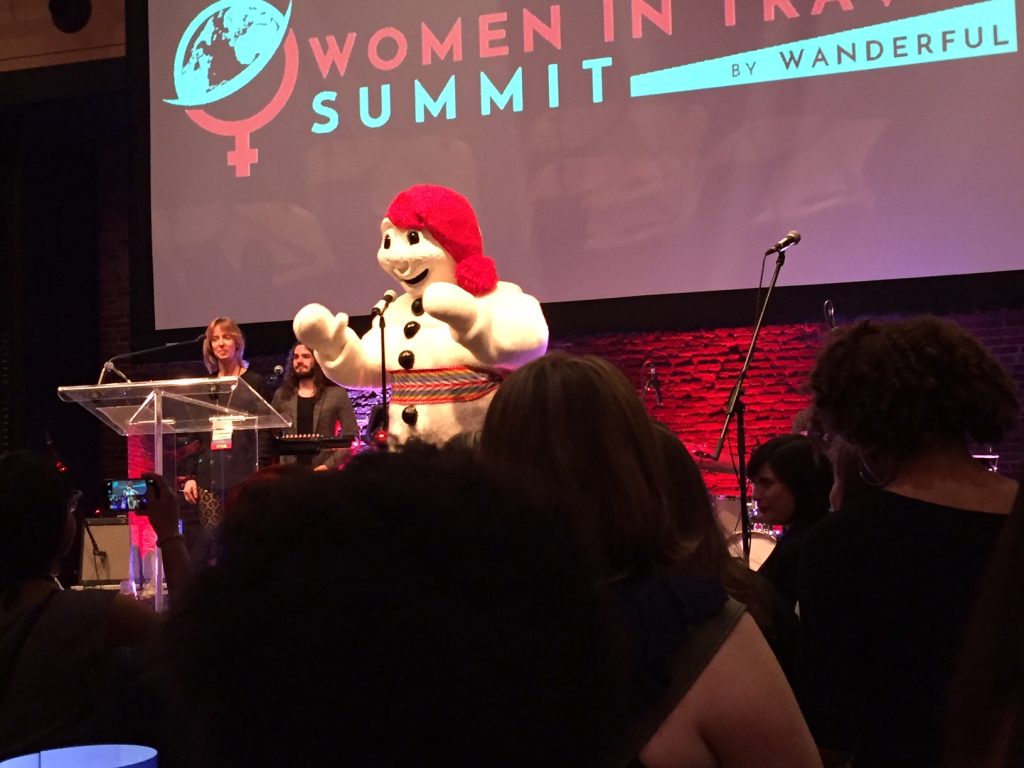 The opening night of WITS18 was held at an Armoury.

Friday evening was the opening night party at the newly renovated historic Québec City Armoury. It was themed around Québec’s popular Winter Carnival, held each year in February. (Note: It’s going to be held February 8-17, 2019 if you want to book ahead.) Bonhomme Carnavale, the mascot of the Carnival made an appearance and catering was done by the Fairmont Le Château Frontenac. It was a lively event filled with dancing and good cheer. 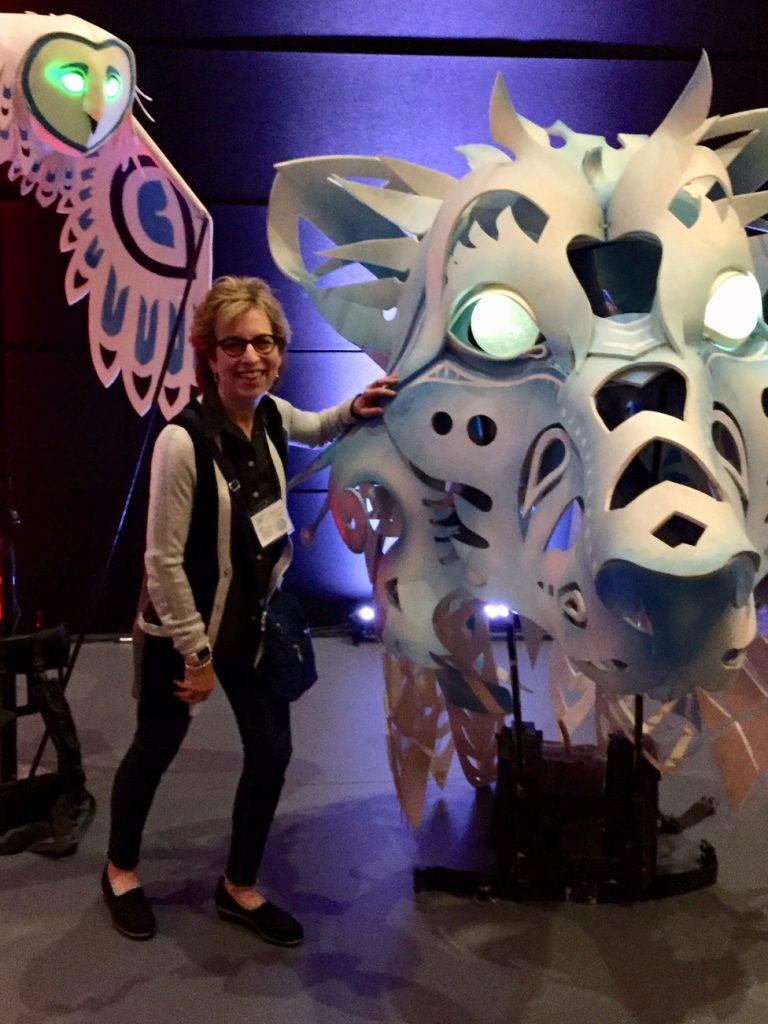 I was impressed with the Wanderful organization that hosts WITS. It is an international membership community of independent, adventurous, globally minded women who travel. Members gather in 22 chapters around the world, host one another abroad, and share their best tips to help more and more women travel. They also host WITx community summits in different cities throughout the year and Wanderfest, a smaller gathering for women travelers. 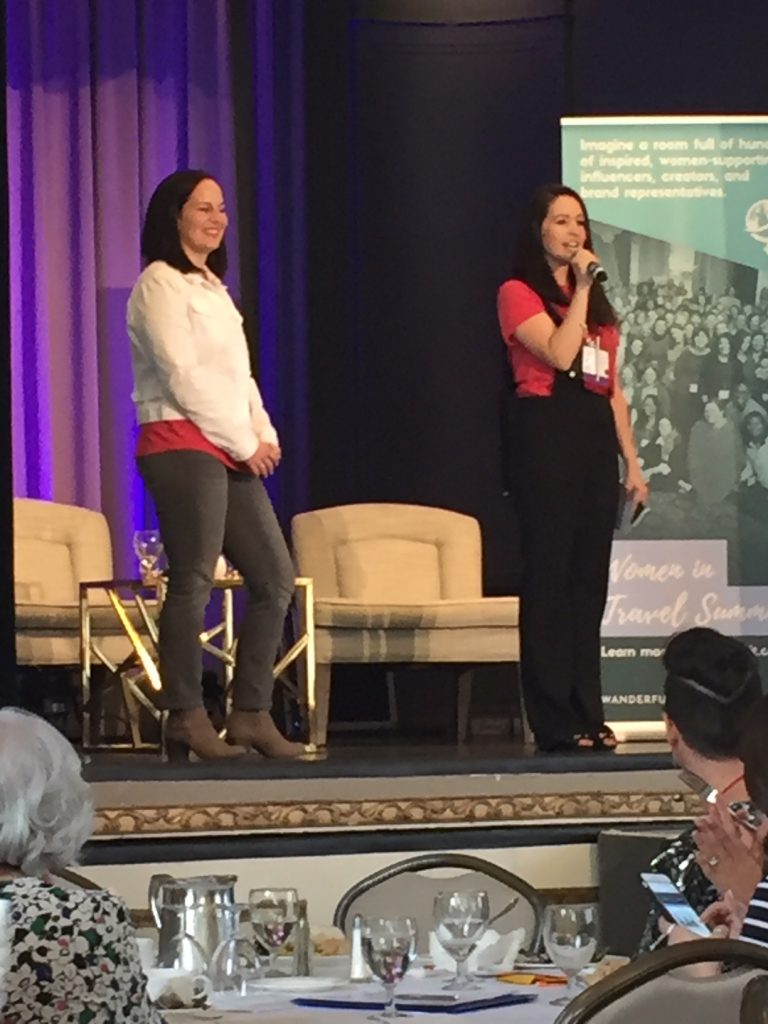 Marissa Sutera, left, is Conference Director, and Beth Santos, right, is the founder and CEO of Wanderful and the Women in Travel Summit.

Bonding With Female Boomer Travelers
While the majority of attendees were millennials — they sure do travel — there were a smaller group of boomer influencers in the crowd. We tended to bond together and share our stories. I encourage you to visit the blogs, social channels, podcasts, and Twitter chats of my new friends from WITS18: 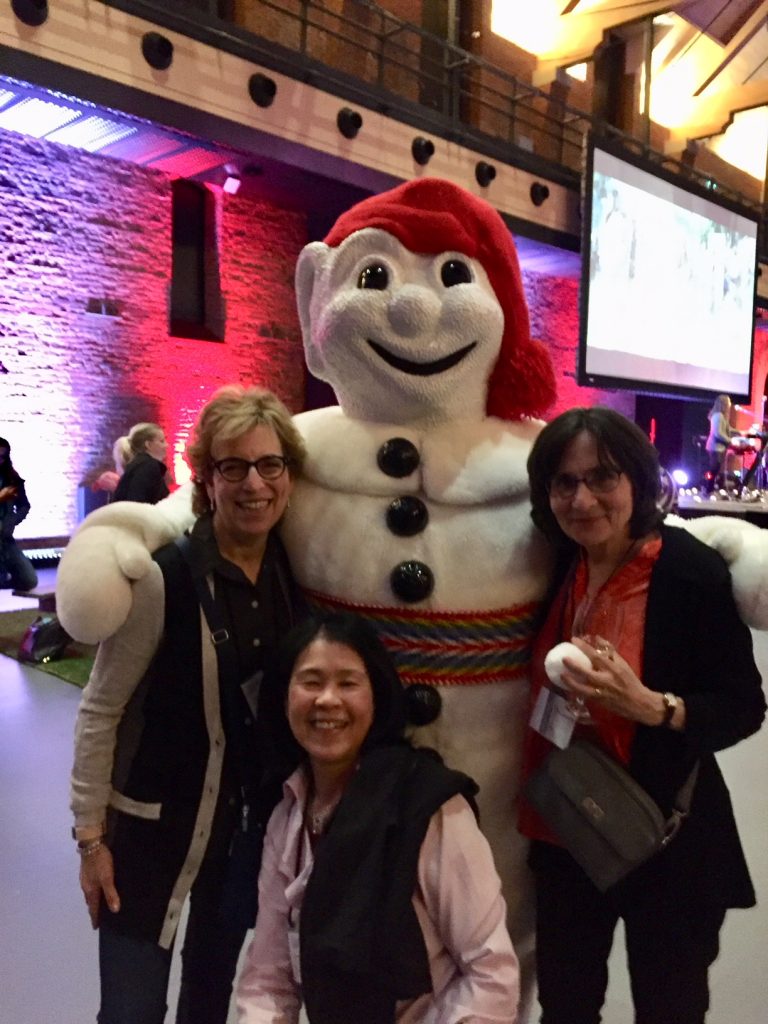 Getting to know my boomer blogger friends, Jan, center, and Suzanne, right.

More To Come
There’s more to share about my wellness tour, yoga session, and lunch at Le Monastère Des Augustines, located in the historic wings of the Hôtel-Dieu de Québec monastery.  Following in the heritage of the Augustinian Sisters who devoted themselves to caring for the body and soul, its holistic retreats and programs promote healthy living. Once you hear about it you’ll want to book a stay. I loved the calm vibes and can’t wait to go back. 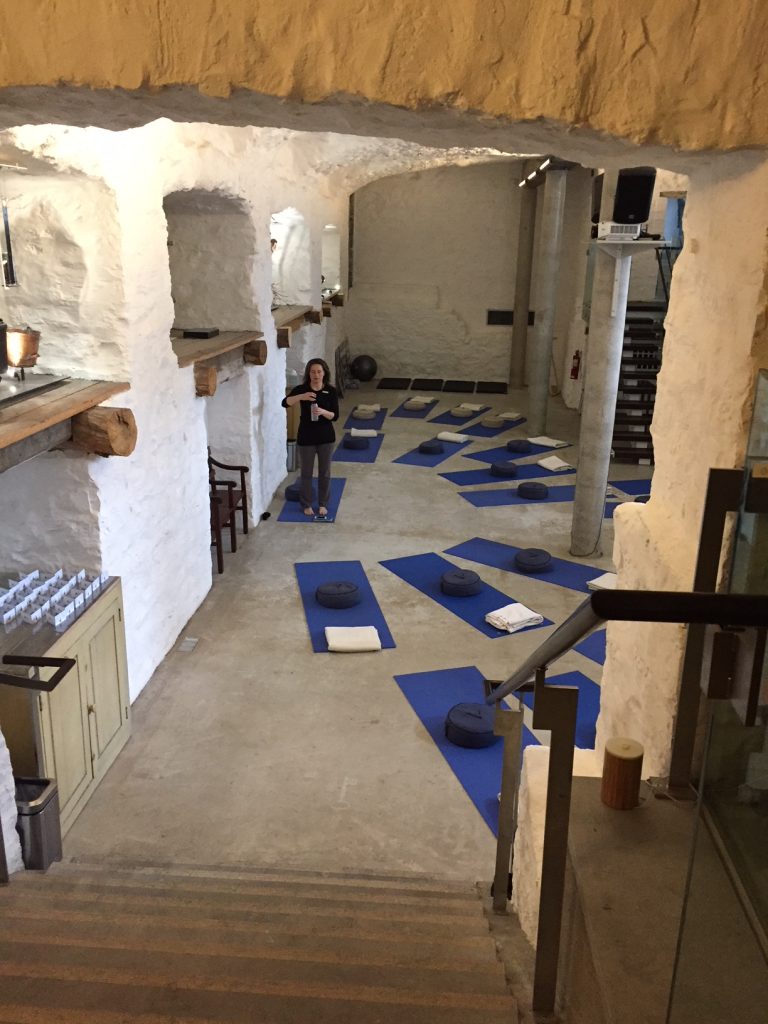 Doing yoga at Le Monastere Des Augustines was a highlight of my Quebec visit.

In addition, I’ll showcase some of the restaurants we sampled and tell you about my food tour, including some of Quebec’s cuisine specialities — crepes, maple syrup, and my first taste of Québec’s ever-popular poutine.