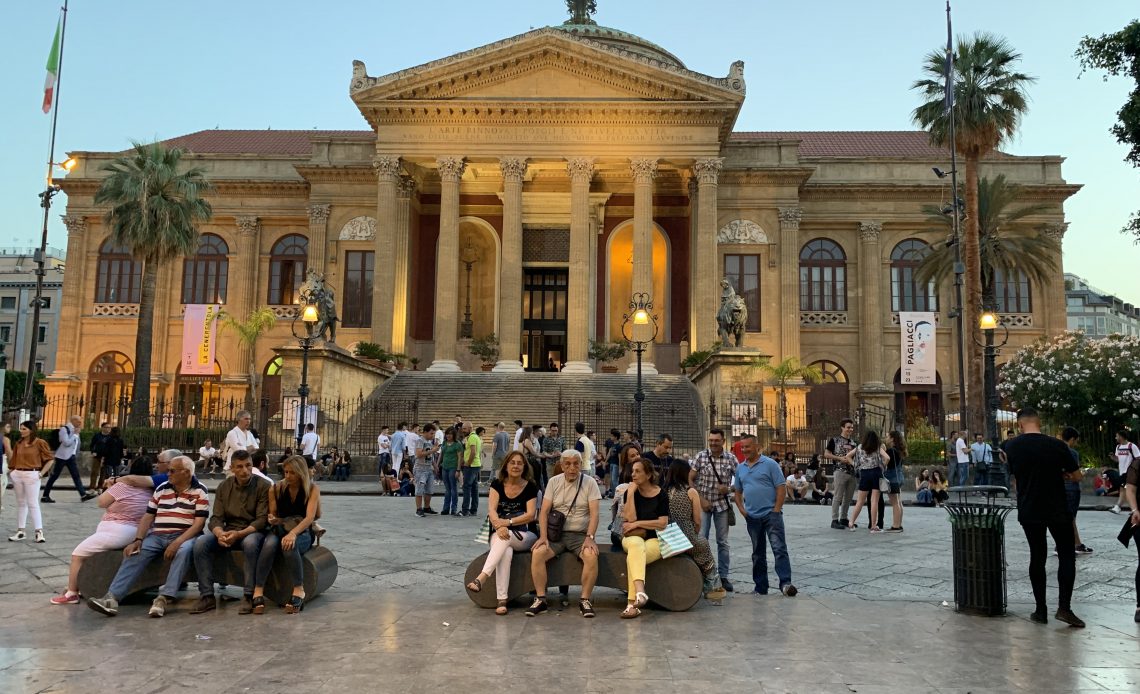 It was my first time visiting Palermo, one of Sicily’s vibrant cities. I was sad to be leaving London behind, but glad to be flying south to Sicily with my sister N, daughter A and her friend M. Our girls’ trip was about to take a more adventurous tone.

I had wanted to visit Sicily ever since I read about Palermo’s food markets in Mimi Sheraton’s book 1,000 Foods To Eat Before You Die. Now, here I was sitting in the B&B Dietro il Teatro located a few steps from the markets I had read about. I’ll save all the Sicilian delicacies we sampled, including the best-ever Arancini rice balls, when I share all the details about our Palermo Streaty Food Tour in an upcoming post. 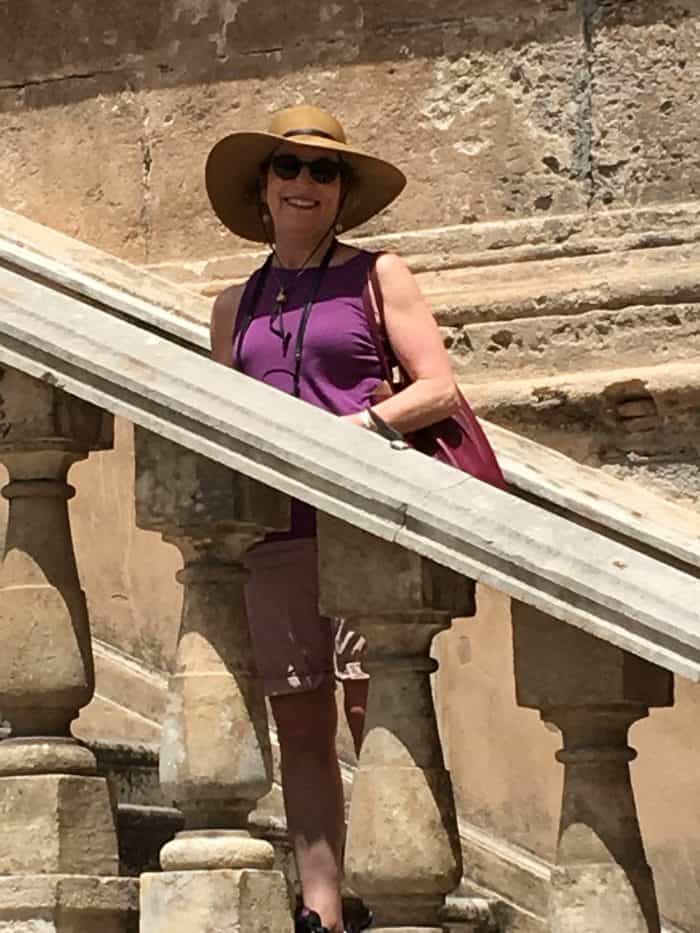 I had always dreamed of visiting Sicily

Palermo is much more than its food markets, as Rick Steves says in his guide to Sicily, “Today, travelers are surprised by how much Palermo entertains them with striking architecture, a cosmopolitan vibe, and a fun-loving energy — while still maintaining the wonderful edge that makes travel to Sicily such a treat.” 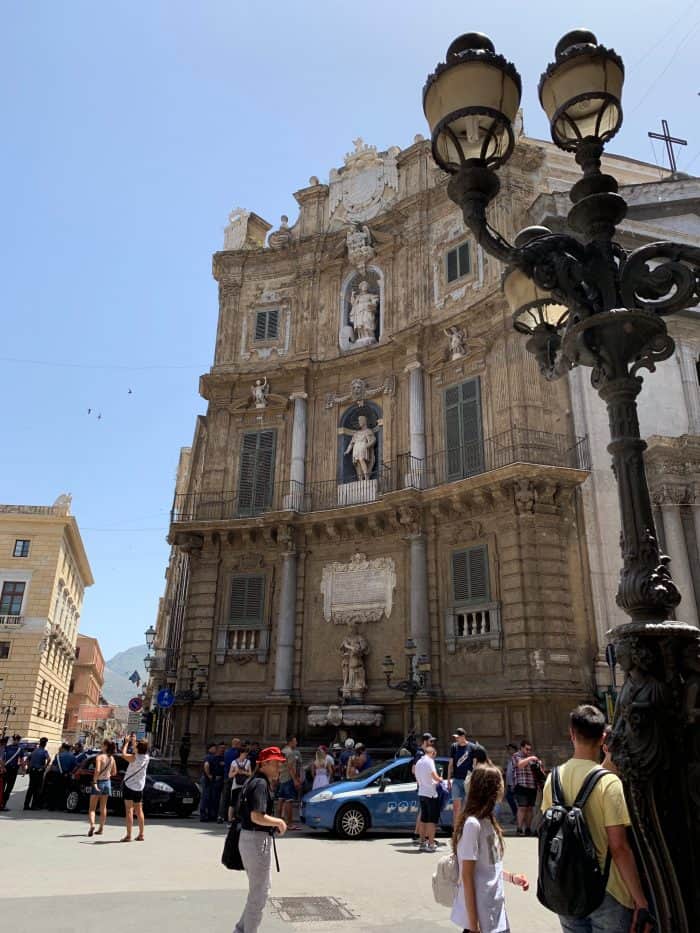 The architecture in Palermo dates back to ancient times

A great B&B in Palermo

Ernesto, one of the managers of the B&B Dietro greeted us upon arrival and carried our bags up a large flight of stairs. We lucked out with our Booking.com reservation. The reasonably-priced B&B Dietro provided breakfast each morning and is located in a perfect spot within walking distance to Quattro Canti, the town center and other tourist attractions. When not able to reach places by foot, like the beach, Ernesto was glad to call a taxi. Our rooms had a private bath and king-sized bed as well as air conditioning, which I highly suggest during a summer visit to Sicily. Unlike usual warm temperatures in June, some days reached into the 90s. 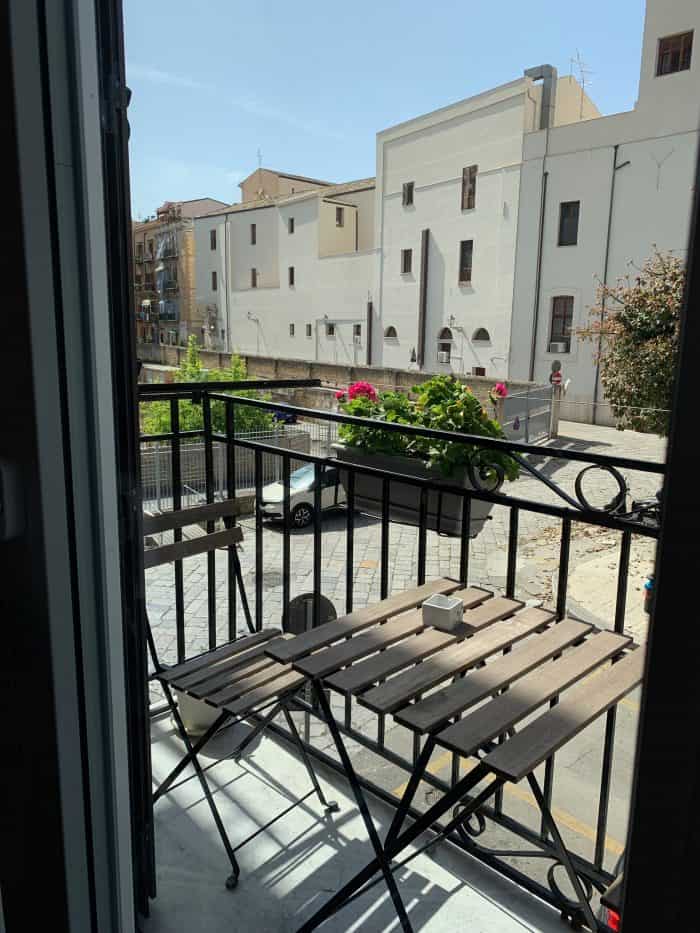 The B&B Dietro was convenient to the center of town

While our bodies were tired from our 4:00 a.m. wake-up call to catch our flight from Heathrow to Palermo, our tummies were ready to be filled with Sicilian food. “Bistro Bisso down the block has excellent food and shared tables,” said Ernesto. The restaurant was just as he described it – a homey place with close-knit tables for multiple guests. N, A and I enjoyed the aubergine tart as M ordered the first of what would be many pasta dishes during our week traveling around Sicily. Ooh, ooh, ooh, I would say this Sicilian food was one of the best eggplant dishes I ate the entire week, or maybe it was just that I was so hungry! 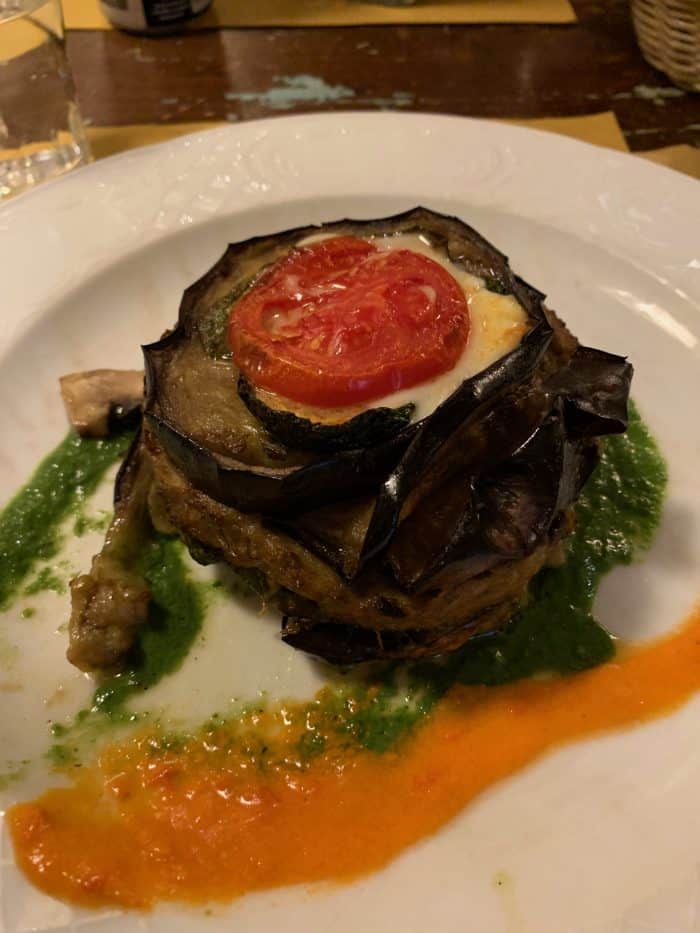 My love affair with Sicilian aubergine

A first walkabout in the city

Ernesto had given us directions to the harbor and suggested we go to the Botanical Gardens. That day the city seemed pretty gritty, with quite a bit of garbage piled up on various streets. From what we heard, it sounded like the garbage men might have been striking or slow to pick up. Nevertheless, we did venture to the Botanical Gardens — not really worth a visit, especially when it is 90 degrees with little rain to prop up the flowers and shrubs. (Note: Rick Steves didn’t have very favorable words about the Gardens either, so we were not alone in our views.) 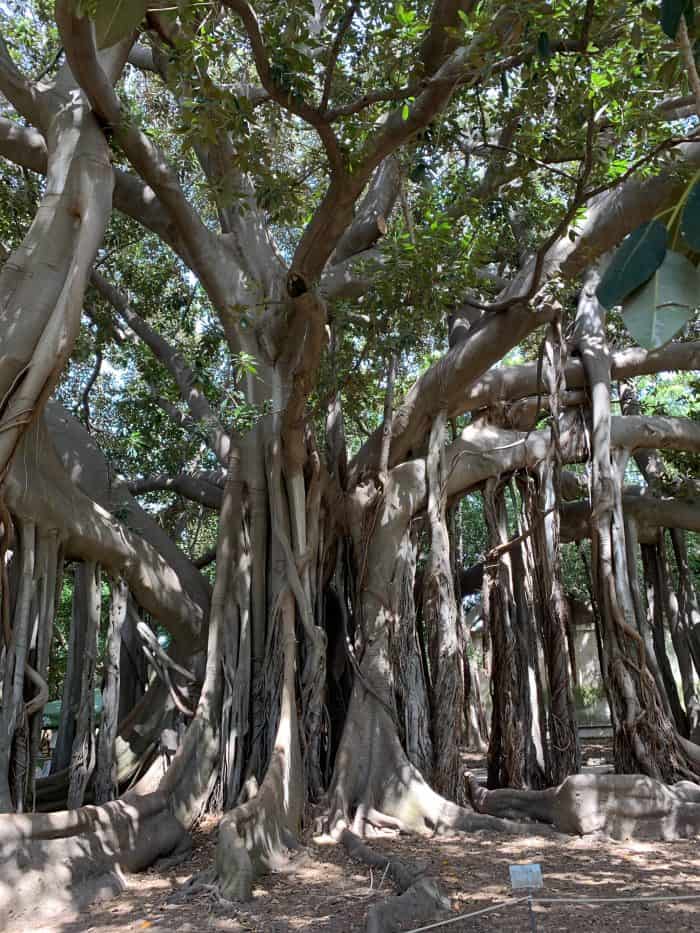 Our day ended with dinner at Bistro Cuor di Caffe with antipasti, burrata ensalata and pasta. This tiny restaurant only has about four tables inside and one or two outside. So definitely make reservations if you plan to go. 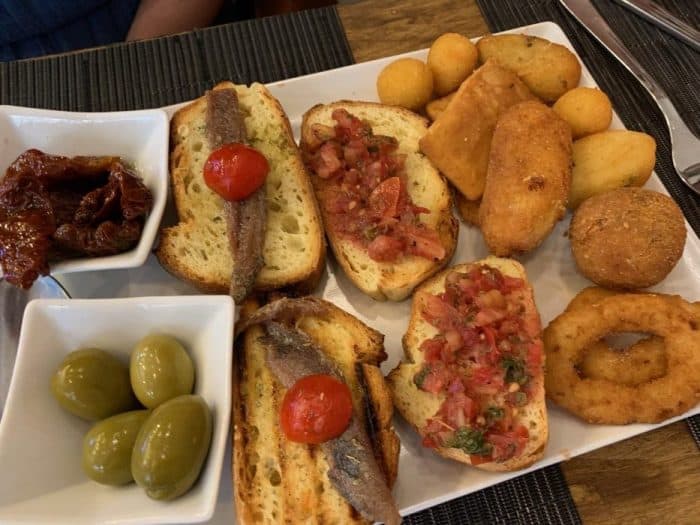 Antipasti is the best way to begin a meal in Sicily

An evening walk through the streets of Palermo

During our evening walk back to our B&B, Palermo seemed to have a different energy. The piazzas were crowded with people, the monuments were accented with lights, and the gelato stands were bustling. It felt warmer, more inviting — although we still had to take care crossing the streets with speeding cars. I wondered if I was beginning to feel more comfortable here. Perhaps the city was growing on me. As Rick Steves says: “Don’t be afraid to fully experience Palermo. Let its grime get under your fingernails. While a few timid travelers may run screaming, most dive in, fall in love with this warts-and-all city, and leave wanting more.” 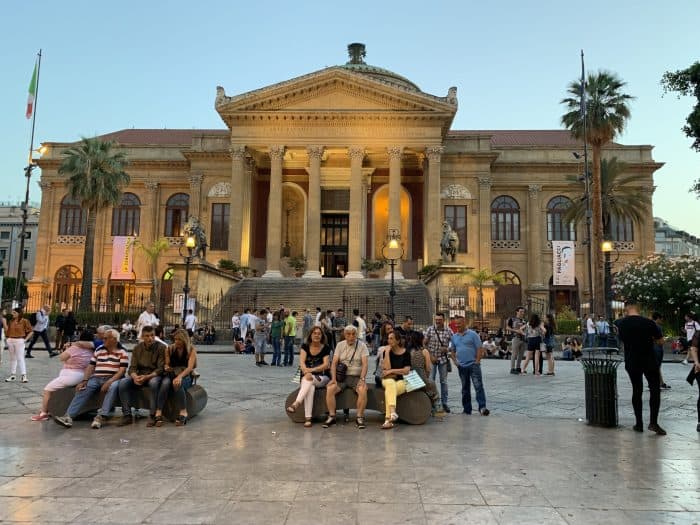 Palermo lights up at night

Indeed our female team of four were ready for more. And there is plenty more of Palermo to share — from the public beaches to a rousing night of cooking with Chef Antonio and finally our food market tour with a morning of sampling a variety of Sicilian specialties. Until then… (note for those who cannot see the video click here)

P.S. In case you missed my first posts about the London part of my trip, links are below: