More Travels In France – Off To Uzes and Nice 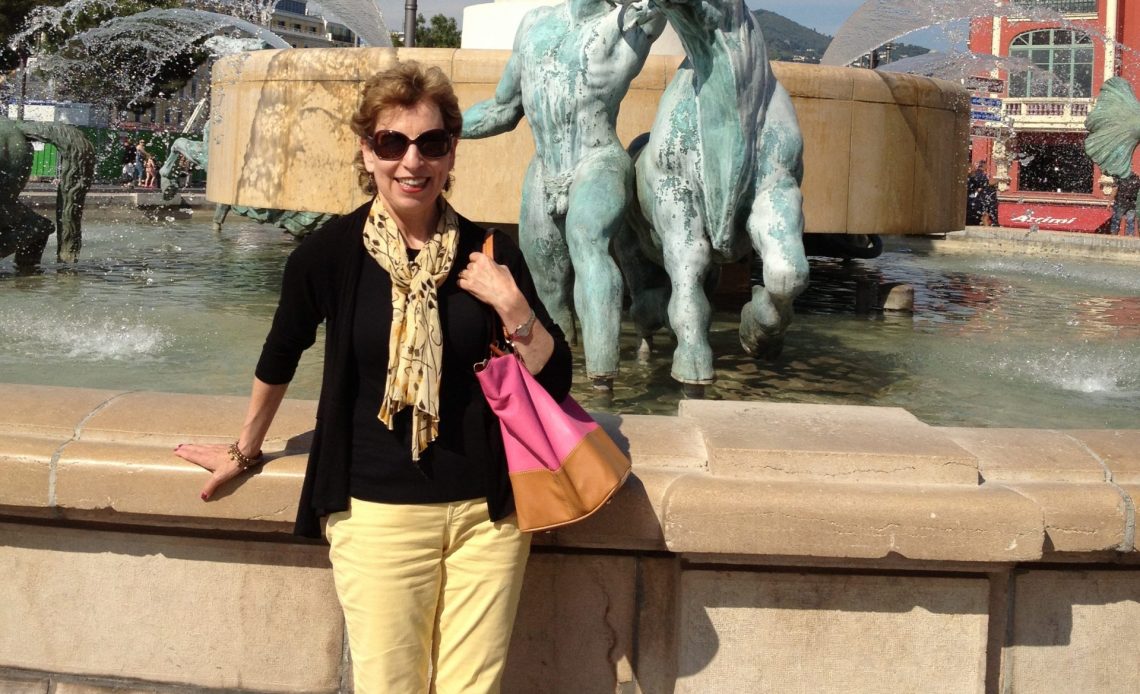 Are you tired of reading about France? I hope not. I have a few more tales to tell and then it’s back to the U.S.A. for good. I promise.

Now where was I? Off to Uzes

Ah yes, I drove through several roundabouts and itty bitty, teeny tiny streets to  get to Uzes, a charming medieval city. According to Wikipedia, “The town lies at the source of the Eure, from where a Roman aqueduct was built in the first century BC, to supply water to the local city of Nimes, 25KM away. The most famous stretch of the aqueduct is the Pont du Gard, which carried fresh water over splendid arches across the river Gardon.” 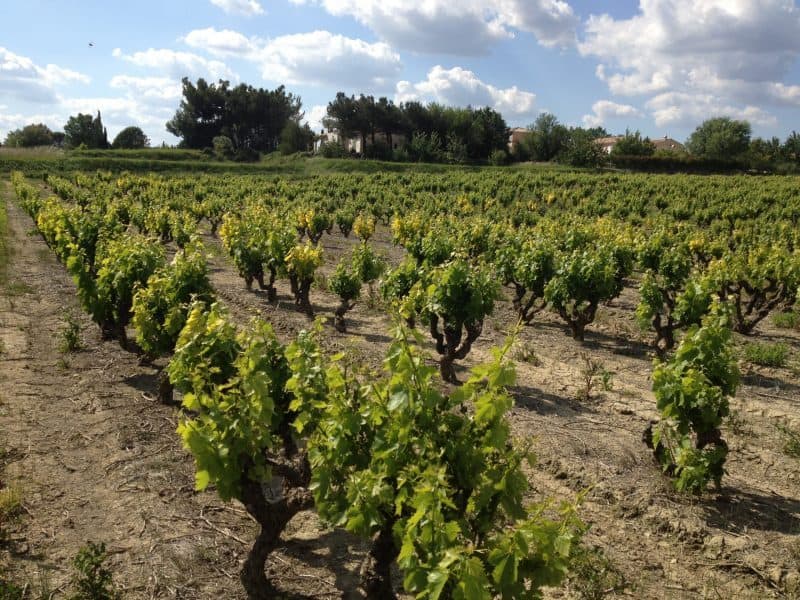 The countryside in Uzes

On Wednesday, we visited the market where stall keepers were killing live fish with their bare hands. The vegetables and fruits were so fresh and luscious. (Supposedly there is an even bigger market in Uzes on Saturdays.) Uzes is also known for its cloths and fabrics – which were quite beautiful.  My son D bought two linen pillow covers and I purchased a pretty apron.

We dined at MilleZime for lunch. (Do try it if you ever visit Uzes.) The appetizer was an eggplant caviar with the best roasted tomatoes I have ever tasted. Our entree: steak and pomme frites included a cheese sauce for dipping. OMG! OMG! Are my arteries still working? “Dessert madame?” asked the waiter. “Oui, oui, framboise sorbet, merci,” I said.

During our drive back home, we stopped at the famous Pont du Gard, which as guidebook author Rick Steves says “Though most of the aqueduct is on or below the ground, at Pont du Gard it spans a canyon on a massive bridge – one of the most remarkable surviving Roman ruins anywhere.”  D and I walked around the park and dipped our feet in the rocky waters. You can swim in the river and rent canoes for longer stays.

We capped off our last evening in Provence with more cheese, bread, olives and wine. I was sad to leave Domazan, but promised the owners Pasquale and Robert that I will return one day.

A nice trip to Nice 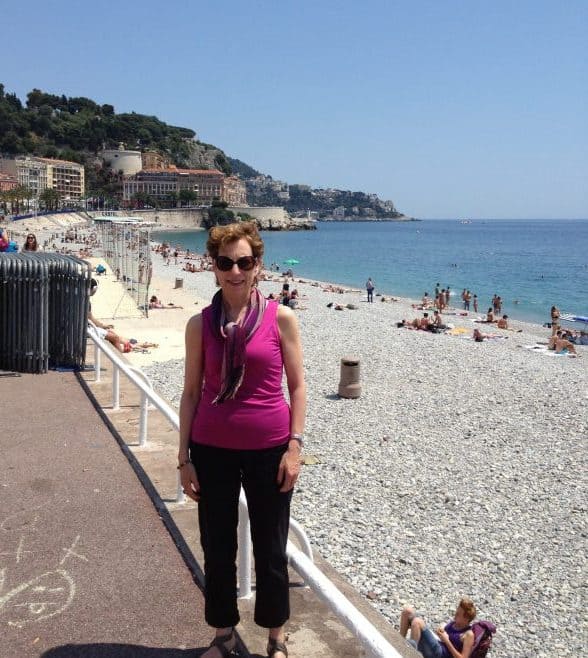 Spending time on the French Riviera

We packed our bags the next morning and Gigi GPS helped us find our way to the French Riviera. D hooked up his iPhone and put on some relaxing music. Listen to our playlist…close your eyes…can you see the Mediterranean blue waters that peeked through the mountains as we rode down the highway to Nice…listen…close your eyes and listen:

At Home by Crystal Fighters

Tonight’s the Kind of Night by Noah and the Whale

Welcome back, we’re in Nice

I did it! I drove the WHOLE way – 3.5 hours – a big accomplishment during my life after 50. Oui, oui, oui. Now where do I drop off the car? Where is the nice Hertz counter? Gigi GPS was not being too cooperative. No she was not!

“At the roundabout make a left turn,” Gigi GPS said as we arrived in the city. We must have made that left turn about 10 times but could not find Hertz. Finally, my daughter A called the Hertz office and luckily they answered in English. “The address is on the sixth floor of the parking lot in the train station,” said the Hertz lady. Now why wouldn’t we have figured that out?

A Nice apartment with two balconies

Ooh, ahh. Ooh, ahh. Our airbnb.com find was parfait. Our two bedroom apartment in Nice had two balconies and was very close to the “heart” of town. The city reminded me of an Italian village with cobblestones and many Italian restaurants. We dined at Villa D’Este during our first evening out. Seafood with pasta for A and me and a huge lasagna for D. Oui, oui, oui – an entire pan of lasagna for D! How could we possibly have dessert after a dinner like that? Oui, oui, oui – Tiramisu with Speculos biscuits and Speculos spread layered between the custard. 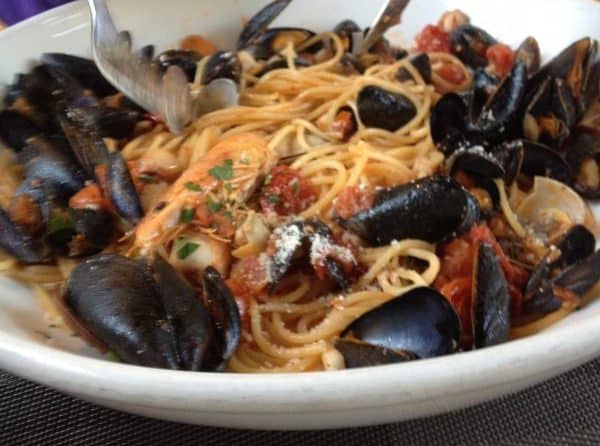 I’m was so full, so tired and so ready for a good night’s sleep. Oui, oui, oui, there are automatic blinds in the Nice apartment to block out the bright street lights.

Next stop is Monaco and Monte Carlo. And of course, you’ll want to know if A buys the Louis V at the Louis V store in Nice. There’s one more blog post for sure.  Just one. Only one…until then.