Fun Things To Do On An Afternoon In London 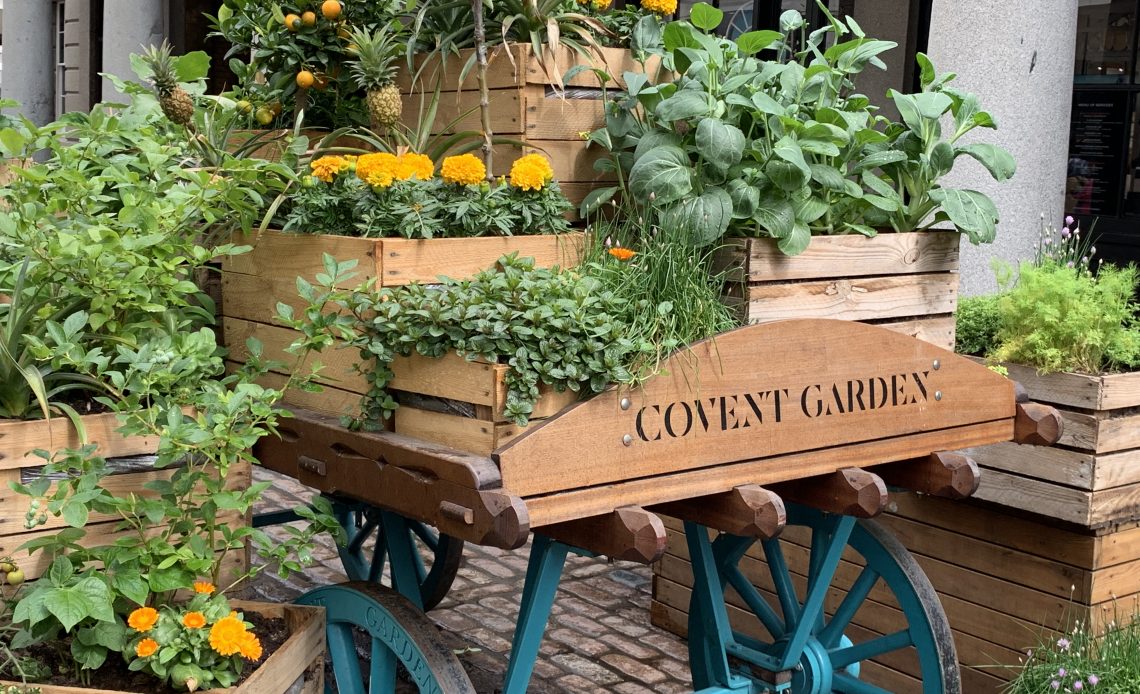 It was our final day with the Brits during our girls’ trip before we would be flying off to Sicily. Our list of fun things to do on an afternoon in London was plenty long. How would we fit in everything?

The morning had been absolutely awesome viewing the Dior Designer of Dreams exhibition at the Victoria & Albert Museum. OMG, if you didn’t get a chance to read my post about the exhibit be sure to check it out.

There was no time to waste. We hopped on the Piccadilly line to Covent Garden Market for lunch. I had not been to the Market in more than 35 years.  It was  one of my favorite spots on my first-ever visit to London back in the early 1980s. I was on the hunt for a Covent Garden mug to replace my old one which broke several years ago. Believe it or not, there was no mug to be found! 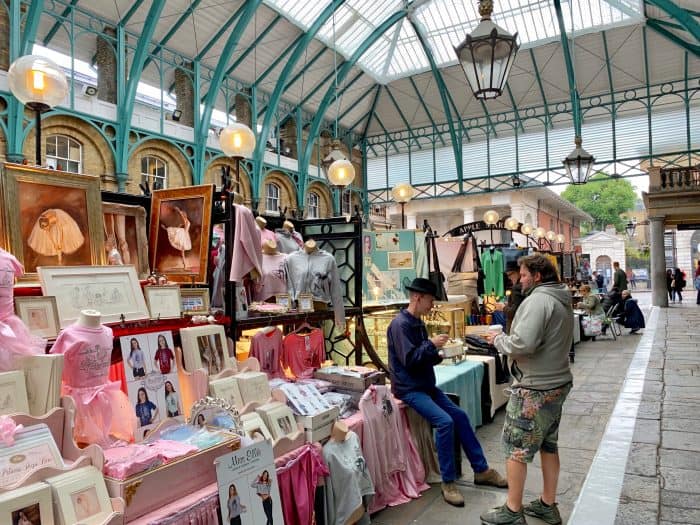 According to the wall plaque in the Market, “the building, erected in 1828-30, was for nearly 150 years the center of London’s premier fruit and vegetable market. The restored Market opened in June 1980. Today it contains restaurants and shops, along with outdoor areas for gatherings and entertainment. Another reason I’m such a big fan of Covent Garden Market is because it’s featured in My Fair Lady, along with my absolute favorite actress Audrey Hepburn, who plays Aliza Dolittle. 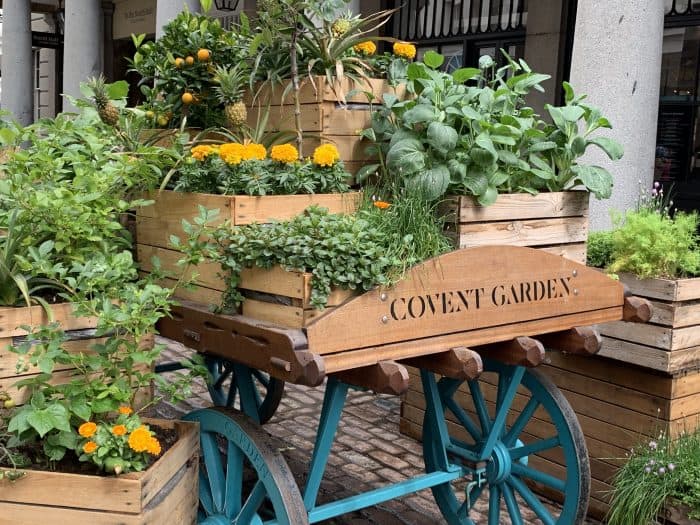 Covent Garden is known for its magnificent flower arrangements 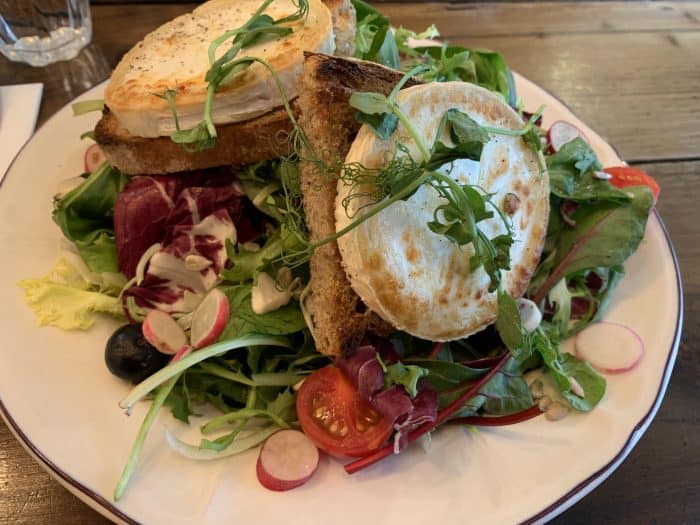 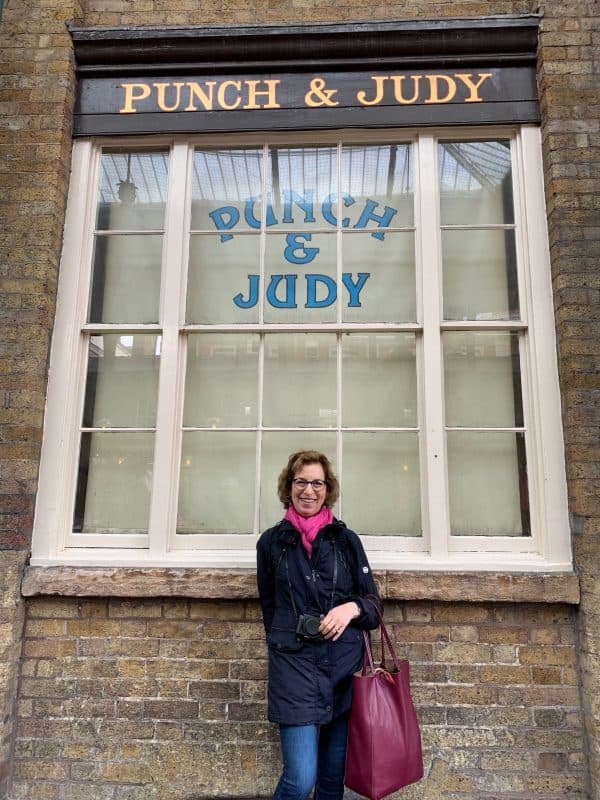 It began to drizzle but we did not let the rain deter us. We strolled to Piccadilly Circus, the trendy street in London’s West End. It’s like Times Square in NYC, with  bustling crowds and oversized billboard advertisements. From there we walked to Carnaby Street in the Soho area, about two minutes from Piccadilly Circus. Carnaby Street is known for its trendy fashion and lifestyle boutiques and many restaurants and bars. 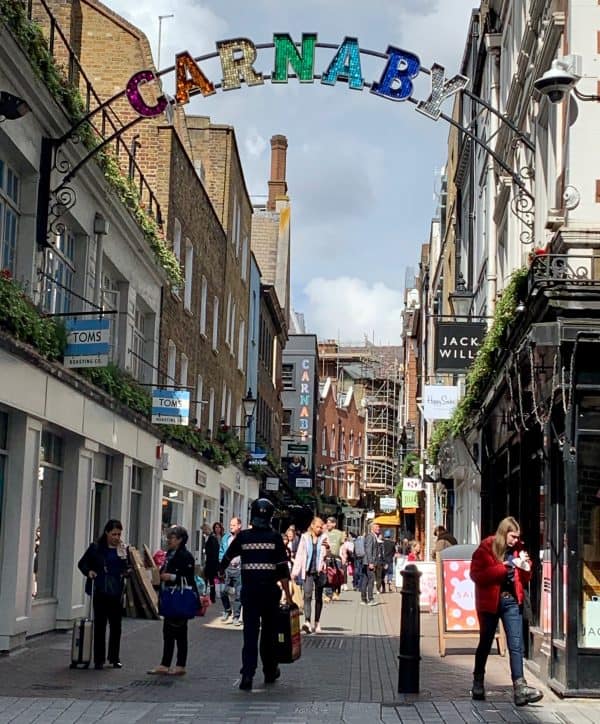 Next we hit Liberty of London, the luxury department store, known for its floral and graphic print fabrics. The Liberty name dates back to the late 1800s and the mock-Tudor store was built in 1924. It’s a beautiful building inside and out. The fabrics, housewares, and clothing are worth perusing. I remember buying Liberty fabrics years ago when I did more sewing. 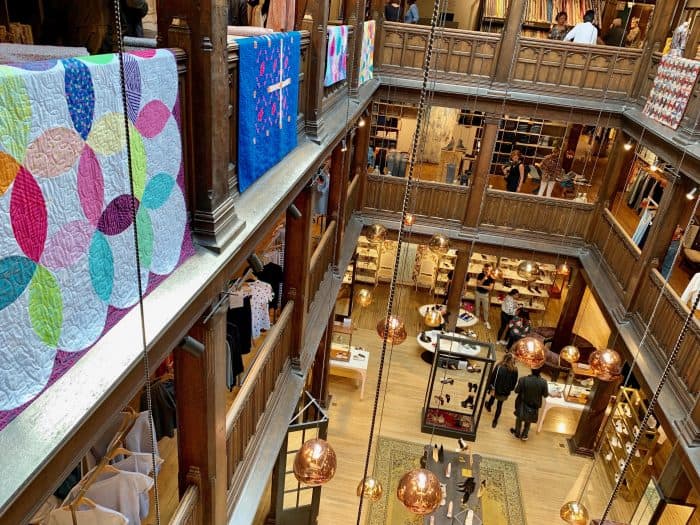 Libery of London is a luxury department store

As I mentioned in my previous post about London, my daughter A and I are big followers of chef and cookbook author Yotem Ottolenghi. He has written several award-winning cookbooks, including  Jerusalem and Plenty. Once we knew we would be in London, we made reservations to have dinner at Ottolenghi’s  high-end restaurant, NOPI. The head chef at NOPI, Ramael Scully, was born in Kuala Lumpur, Malaysia and brings Asian influence to the Mediterranean, Middle-eastern menu. 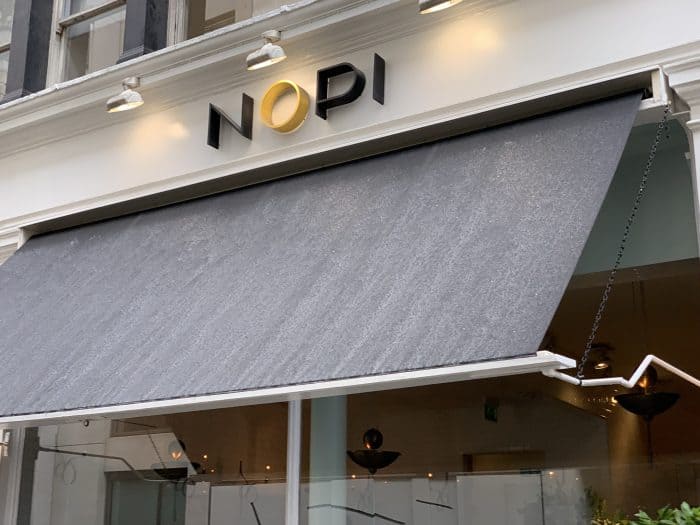 NOPI is one of Yotem Ottolenghi’s upscale restaurants

NOPI is located in the Soho section, not too far from where we were shopping. The ambiance was exactly as it says on its website featuring some of the Ottolenghi trademarks, similar to what we sampled at the Ottolenghi deli the day before, yet more upscale: “Platters full of salads greet customers as they arrive, a menu which celebrates bold flavours – but NOPI has a very different feel to the Ottolenghi delis. The marble is white, the brass is golden, the art is dynamic, the pace is a little faster.” The menu changes seasonly. Ooh, ooh, ooh, if you don’t want to purchase the cookbooks there are some mouthwatering recipes on the Ottolenghi website. 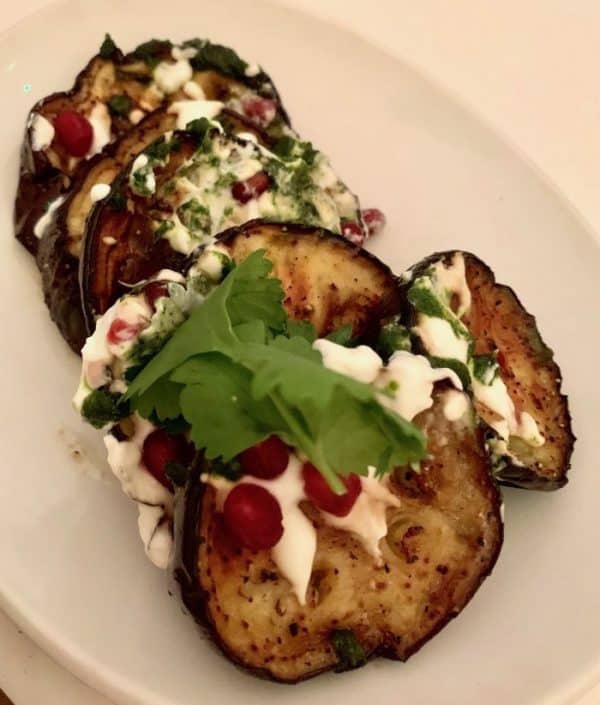 There are many vegetable dishes on the NOPI menu, including aubergine

The menu is great for sharing and there are wonderful wines and cocktails. We started with two vegetable dishes – one with roasted cauliflower seasoned to perfection and garnished with chopped almonds – and a second with roasted aubergine slices, yogurt and pomegranate seeds. For our mains we selected a chickpea pancake topped with spiced peas, tomato, pickled chili and yuzu, and a roasted salmon dish. In addition, we couldn’t pass up the truffle polenta chips with aioli. Everything was so good, so good, so good. Only tip I have is be careful when you eat the pancake – I didn’t realize how hot that chili was going to be. Wow-o-wow was my mouth burning! 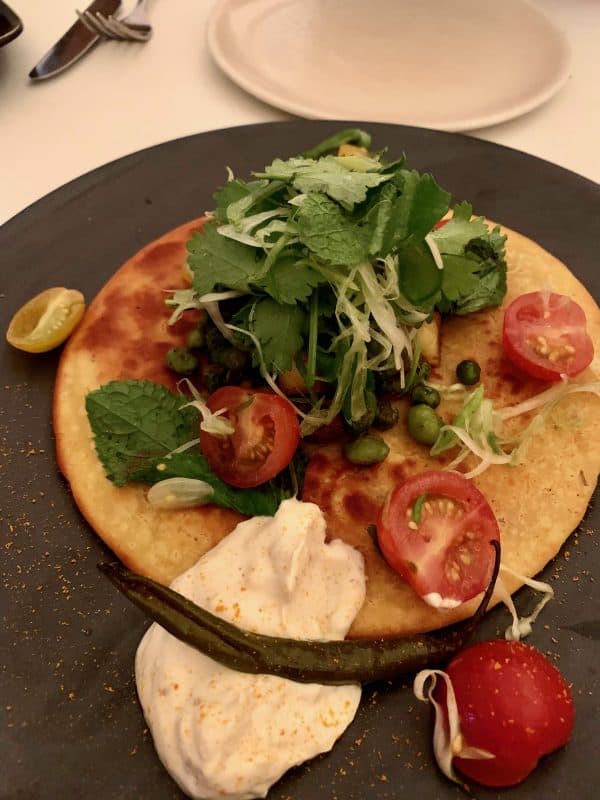 The chickpea pancake had a spicy topping

Getting ready for sunny Sicily

After 11,000 steps on my Fitbit you would think I would quickly nod out. Not my menopausal body – I was up all night. Maybe I was fearful that I would sleep through my 4:00 a.m. wakeup call. Our flight to Palermo, Sicily was at 7:00 a.m. and I wasn’t going to miss it. I was so excited for our upcoming week in sunny Sicily — from the fabulous Sicilian cooking class to the food tour of Palermo. Ooh, ooh, ooh, all the details are coming soon. 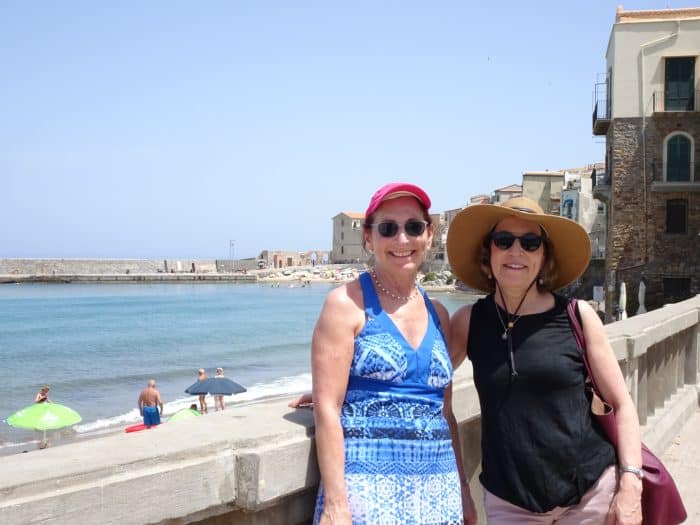 My sister N and I in Sicily

P.S. In case you missed my first posts about London, links are below: