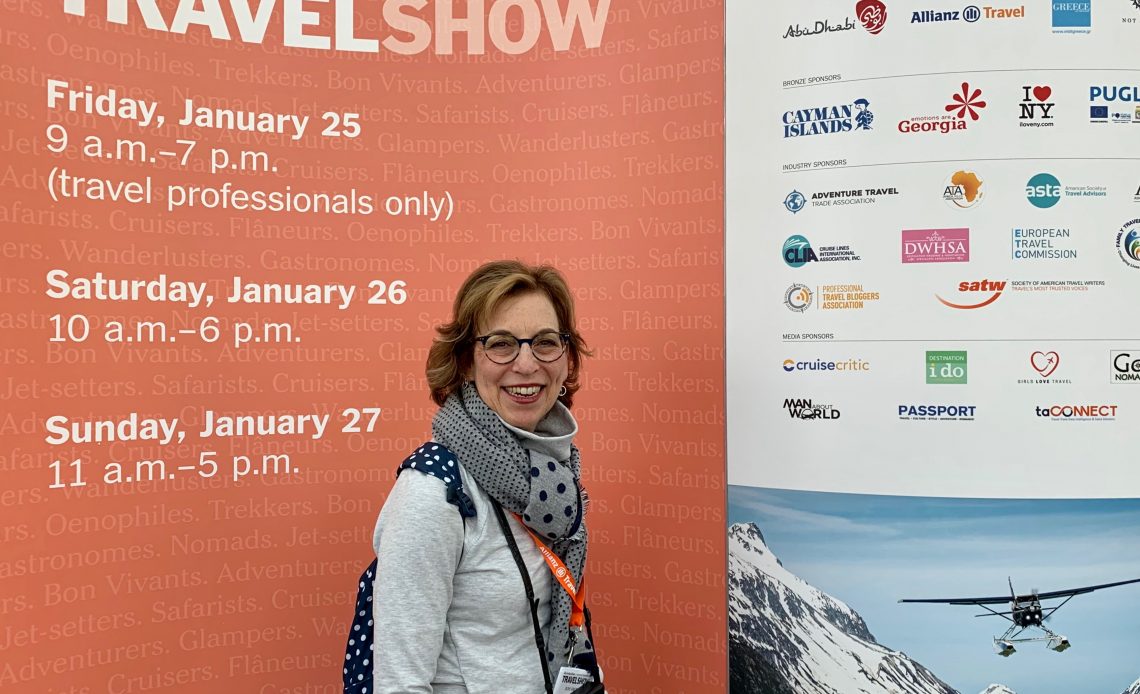 One of my yoga buddies is going to Thailand, another friend just returned from Ireland, and another is in Israel right now. Soon if all goes as planned I’ll be heading to London and Sicily. There’s no doubt about it, boomers are on the go, enjoying their leisure time by traveling the world or vacationing across the USA.

Travel is trending in the media too. When I turned on CBS Sunday Morning this weekend, the entire show was about Florence, Italy. It made me want to book a trip. If you missed the episode you should watch it. 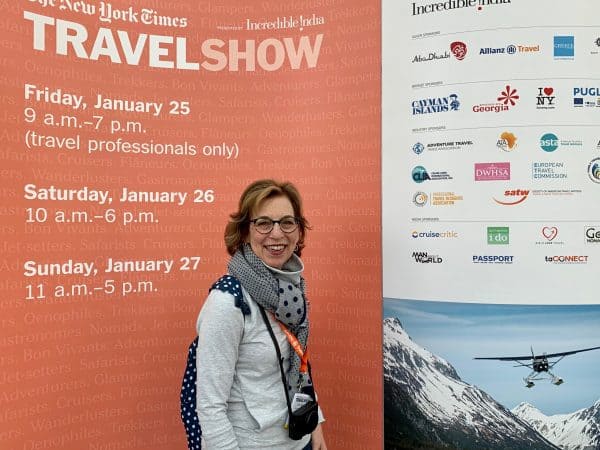 There were more than 730 exhibitors at The New York Times Travel Show in 2019.

The biggest travel show ever

My travel sharing wouldn’t be complete without reporting back on the 2019 travel trends from The New York Times Travel Show. For sure you’ll be adding to your bucket list once you’ve heard about some of these dazzling destinations.

Last year, I told you travel was a popular pastime. It’s a pastime that continues to grow. How do I know? Listen to these stats: The Show, which took place from January 25-27, 2019 at the Jacob K. Javits Convention Center, is the largest travel industry show in North America. In 2019 attendance hit a new record of 35,568 participants—the highest in the Show’s history. The number of exhibitors also hit a new record with over 730 companies representing 176 countries. (Note: If you cannot view the video below, click here.)

The New York Times Travel section has a growing readership as well with some of the paper’s most read articles, per Lisa Ryan Howard, its SVP and GM of Media. I think they do an amazing job with the annual 52 Places to Travel issue. I always enjoy going through the places to see where I’ve been and spark ideas for future travel.

Let’s see about the 52 Places to Travel in 2019. I’ve been to 11 out of the 52 – Santa Barbara, Aalborg (Denmark), Williamsburg, Las Vegas, Calgary (Canada), New York City, Lyon (France), Houston, Los Angeles, Columbus, and Wyoming. Looks like I have a great deal more traveling to do. How about you? How do you rate on the 52 list?

Boomers are on the go

“By generation, boomers are still spending the most money, followed by GenXers,” said Steve Cohen, SVP Travel Insights at MMGYGlobal, during his keynote presentation about Leisure Travel Today. Steve said that millennials spend the least but are likely to increase their spending, with 50 percent having families, 25 percent married, and 25 percent single. 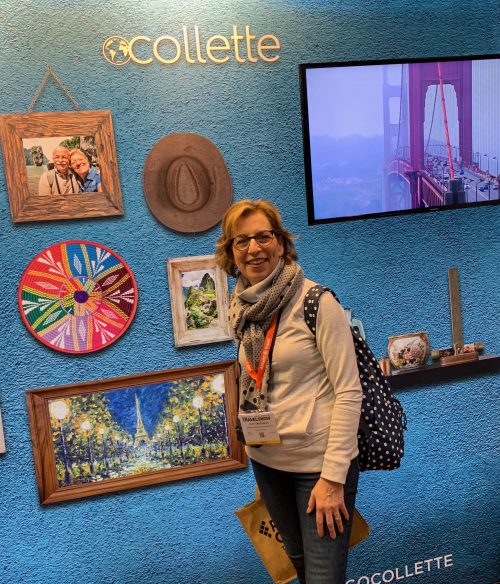 Collette Travel tours are popular with boomers. They were Show exhibitors.

Where do Americans want to travel?

According to MMGYGlobal research, the top domestic destinations of interest are Hawaiian islands, Florida Keys/Key West, New York City, Washington, DC, New Orleans, San Francisco, Boston, San Diego, and Las Vegas. How would you rate these places? Are any on your bucket list? I’ve never been to Hawaii! My boyfriend L isn’t a fan of long flights – maybe I’ll go there solo on a yoga retreat. Anyone want to join me? 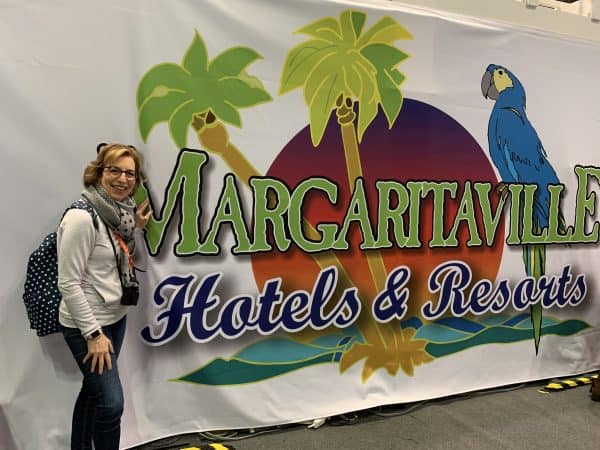 Margaritaville is a fun place to visit in Florida.

What about international destinations? Here are the top cities of interest: London (mostly because they speak the same language), Paris, Rome, Venice, Florence, Barcelona, Dublin, Amsterdam, Madrid, and Toronto. Would you agree? I’ve been to many of these cities and would go back anytime. I’ve yet to visit Venice or Dublin. Both are on my “travel bucket list.”

Food is a major draw

When it comes to traveling, food seems to be a major attraction. “People want to try authentic food eaten by locals, have new dining experiences, sample foods/dishes that are only available in the destination, eat street food and food from food trucks,” said Steve. In addition, he mentioned winery and distillery tours, food tours, and Michelin-starred restaurants as popular adds to itineraries. Ooh, ooh, ooh, do you watch Street Food on Netflix? It’s an eye-opener to Asian-style cuisine and will make you desire Thai or Vietnamese food! 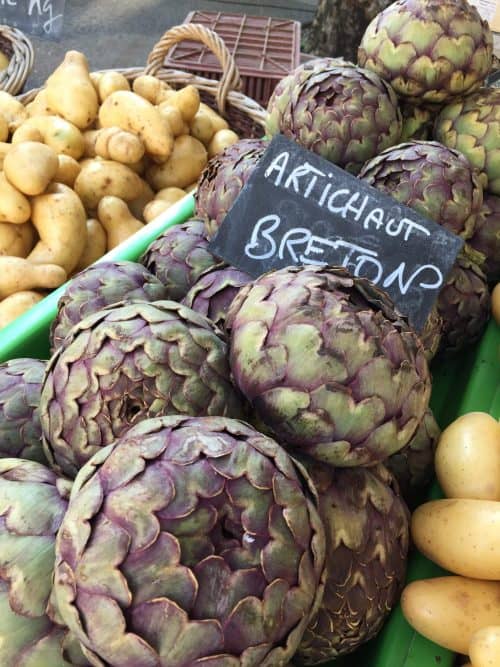 Local food experiences, like this market I visited in Lyon, France, are a big part of travel.

Other aspects to consider when booking travel

Besides the destination, there are other aspects to consider when booking a trip. When renting a car, Steve noted that people tend to choose rental cars based on price. Top 5 appealing car rental brands were Enterprise, Hertz, Avis, Budget and National (note the stats showed these all had pretty close ratings). For lodging, he said people are still staying in hotels and a smaller percentage are using shared accommodations like AirBnB, VRBO and Homeaway. Hotel brands included Hilton, Marriott, Holiday Inn, Hyatt, and Best Western. Most respondents were flying commercial flights naming preferred airline brands Delta, American, Southwest, United, and JetBlue. 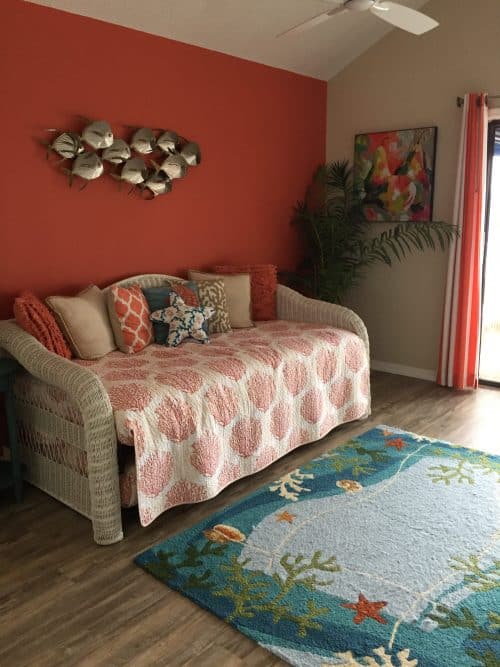 AirBnb offers lodging options, like this one where I stayed in St. Pete, Florida.

Whether it’s a multi-generational trip, a GenX or millennial family vacation, or a grandparent taking a grandchild on a trip (without the parents), Steve said “we fail to realize how much kids impact vacations.” For example, his 8 year old daughter wanted to go to Beverly Hills to see celebrities. They built a family tradition of going to Beverly Hills. Now they go every year and stay at the Beverly Hills Hilton so she can see celebrities.

Ooh, ooh, ooh, Steve, can I come along? I’ve been wanting to go to the Golden Globes for more than 10 years. I bet my son D and daughter A would love to go with me. Maybe I should start my own family tradition.

I don’t have grandchildren yet. But when I do I know I’m going to want to take them on a vacation, as long as I’m able to by then. Dream on Judi, it’s years away.

As a blogger, especially with a love of travel blogging during my life after 50, I was interested to hear how social media impacts destination decision-making. For older audiences like boomers, the social media of choice is Facebook. Most millennials and those younger are on Instagram. 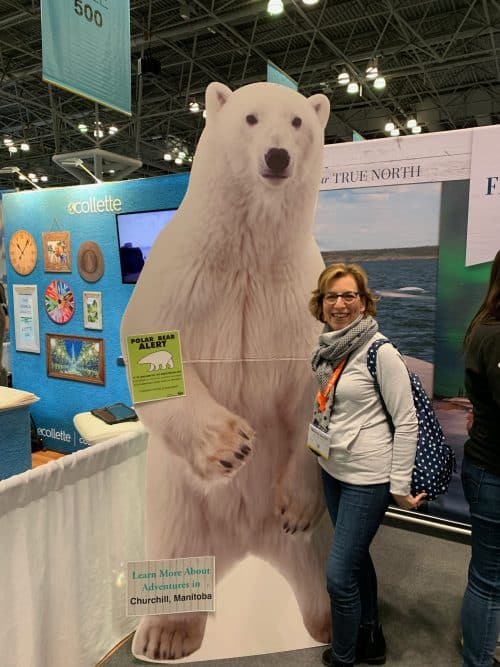 Some people go on adventure travel so they can take pictures of polar bears.

“People are picking their destinations based on social media,” said Steve. “People want to see what people are doing and not just seeing. Show yourself doing something. By posting pictures on social media you are influencing.”

Steve said that it is important for any destination to offer an Instagram-worthy picture and provide it with its own hashtag that people can add to their post. Sometimes social media gets out of hand. Steve highlighted that some influencers get carried away with social media and are traveling to certain locations just to take a picture. There’s also been instances where influencers have gotten hurt trying to take a selfie while climbing a mountain or flying solo on a cliff.

Not that I want to end on this cliff-hanger, but as I go through my notes I’m realizing that I have more information than I can share in one post. So come back next week when I’ll tell you about what I learned from the esteemed group of female travel executives that were on this year’s “State of the Industry Panel.”  In 2018, there was only one female executive on the panel, and this year boomer women occupied all the chairs. How wonderful is that?

Meantime, leave a comment and LMK where you are traveling in 2019.