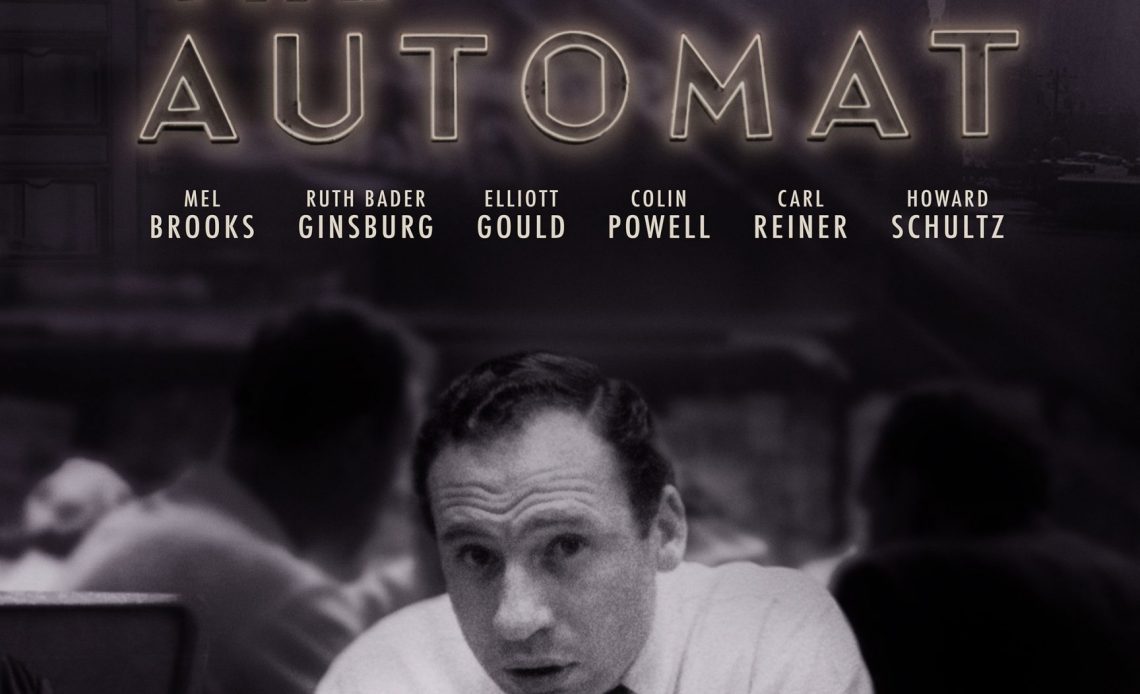 If you grew up in one of the boroughs of New York City (like me) or Philadelphia, I bet you have fond childhood memories of going to the Automat. If so, you’ll love the recently released documentary, The Automat, which recounts the lost history of the iconic restaurant chain Horn & Hardart.

Fond memories of the Automat

As kids, my mom would take my sister and me to the Automat when we would go to Manhattan during Christmas vacation. I remember going to the Automat for lunch after waiting on long lines to get into Radio City Music Hall to see the Rockettes and the Christmas movie. When it was cold outside, the Automat’s hot cocoa hit the spot. I loved tossing coins in the machines and pulling on the handle to get a cheese sandwich or a piece of cherry pie or chocolate pudding behind glass. It was so much fun. 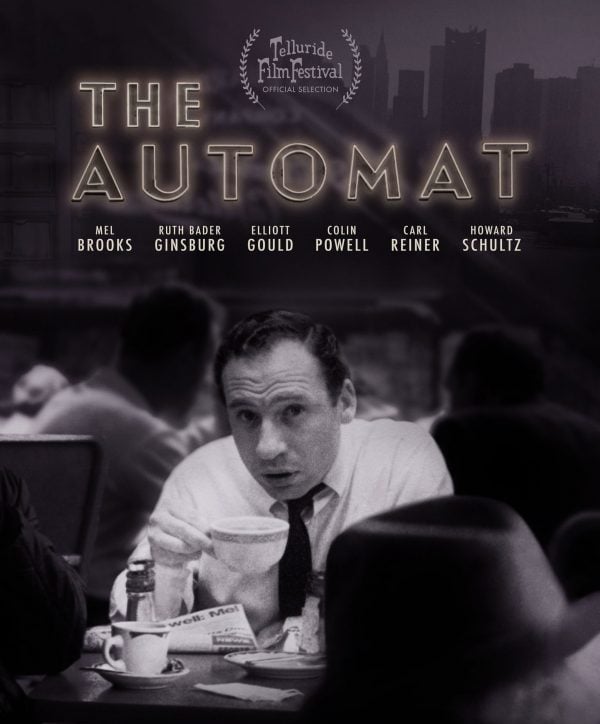 An historic look at the Automat

The documentary film, directed by Lisa Hurwitz, who spent eight years interviewing dozens of celebrities and former employees, takes you through the company’s entire history, from it’s founding by Joseph Horn and Frank Hardart in 1888, to its rise to fame through the decades, and its slow demise in the late 1950s as workers and families left city life for the suburbs, until its final restaurant closing in 1991.

It’s fascinating to learn how the Automat revolutionized the nation’s restaurant scene with comfortable interiors, quality food, and state of the art technology for the early 20th century. The documentary explains how the chain welcomed those who had been ignored, including immigrants, the working-class, Blacks, and women, all of whom were often not welcome in restaurants. The company’s advanced technology in 1900’s was magical — the customer put nickels into slots and little windows opened to reveal the customer’s pick, be it a slice of pie, macaroni and cheese, or a Salisbury steak. Coffee service, which cost a nickel a cup, dispensed pressed coffee topping off each cup with an automatic serving of cream. 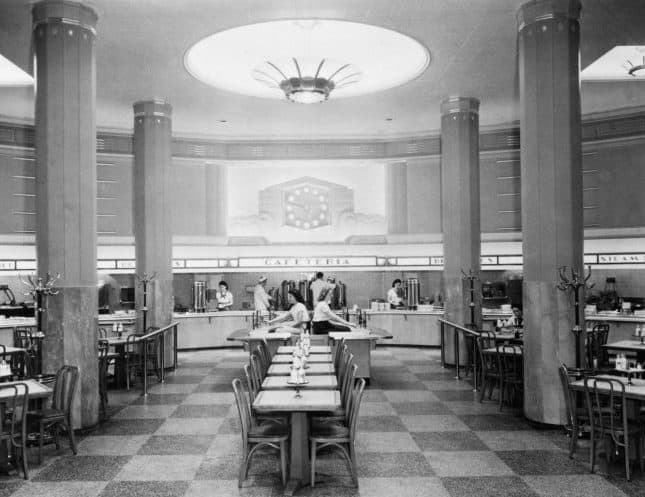 1950 Interior view of an Automat restaurant

Celebs and prominent Americans share their love of the Automat

Featured throughout the documentary is comedian and writer Mel Brooks, who grew up in Williamsburg, Brooklyn, and was a big fan of the Automat.  He also wrote the documentary’s theme song, “There Was Nothing Like The Coffee,” which he sings at the end of the film.

Other prominent Americans who pay homage to the memory of the restaurant chain include the late Supreme Court Justice Ruth Bader Ginsburg, the late Secretary of State Colin Powell, Elliott Gould, the Horn family and the Hardart family, as well as dedicated former employees.

In addition, Starbucks Coffee founder Howard Schultz talks about how he was inspired to start his company because of Horn and Hardart. OMG, Schultz mentions how his aunt took him to the Automat after going to Radio City Music Hall. He’s about my age. I wonder if we ever dined at the Automat at the same time. 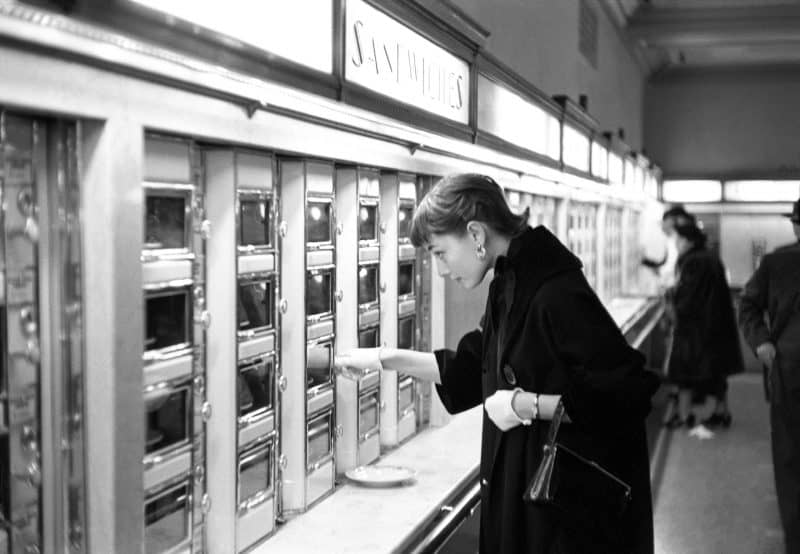 Actress Audrey Hepburn photographed in NYC as part of a photo shoot for Esquire magazine, 1951

Interesting facts and figures about the Automat

It was interesting to learn some of the facts and figures shared in The Automat, including: 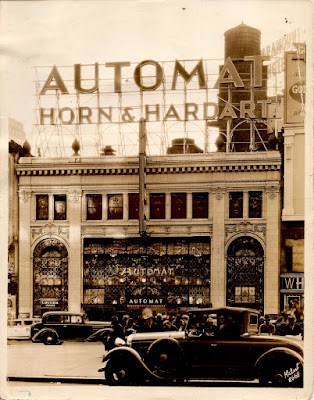 – “The Automats were also known for their outstanding décor with grand entrances and luxurious interior spaces embellished in Carrara marble and brass fixtures.”

– “Joseph Horn and Frank Hardart felt that inexpensive food should still be served in an elegant setting. Coffee dispensers featured dolphin head spouts out of which coffee cascaded, tables were marble, and windows framed in brass.” Hardart got the ideas for the coffee and dispensers during his trips to Italy.

– “A cashier mounted in the center made change so you could put your nickels and dimes into the slots of the little door windows to get your slice of pie, macaroni and cheese or a salisbury steak, which magically appeared from behind the other side of the wall.”

– “Horn and Hardart was a favorite location for dozens of movies and television shows. Jean Arthur bantered with Ray Milland in front of the three-nickel pie slot, and Cary Grant spotted Doris Day entering the store.”

– In it’s hay day, Horn & Hardart was the largest restaurant chain in America.

Thumbs up for The Automat

I give a thumbs up to The Automat, especially if you’re a current or former New York or Philadelphian baby boomer. The documentary opens in theaters this weekend. Kudos to director Lisa Hurwitz for having her film recognized as an Official Selection at the 2021 Telluride Film Festival. If you have recollections of your time at the Automat as a kid, leave a comment and LMK.