New Documentary “Rita Moreno: Just A Girl Who Decided To Go For It” Highlights 70+ Year Career 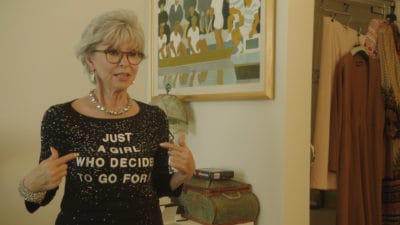 “I wanted to be a movie star from the day I saw my first picture and I think what a journey,” says Rita Moreno in “Rita Moreno: Just A Girl Who Decided To Go For It.” The new documentary opens as Rita prepares to celebrate her 87th birthday. That’s right, Rita Moreno is still acting and dancing at 87 years old. Wow-o-wow, what an amazing woman!

For me, Rita ranks high up there on my list of favorite actresses, especially those of a certain age who are still acting. That’s why when the team from Roadside Attractions asked if I wanted a screener, I jumped at the chance.

I learned a great deal about the life and 70+ year career of this beloved actress. What an eye-opener to see the relentless racism and adversity she endured during her journey. It was hard enough for women to succeed in Hollywood during the 50s, 60s and 70s but for Latina women it was even harder. 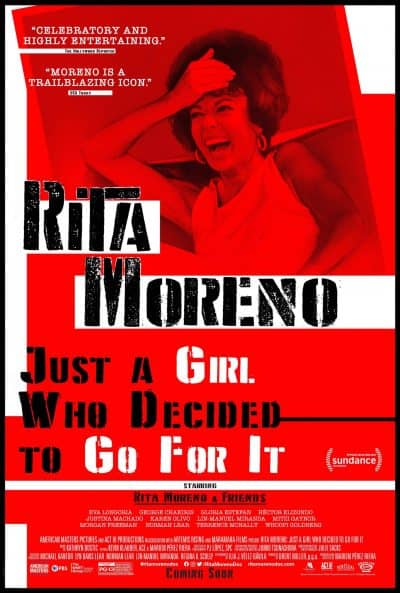 A new documentary about Rita Moreno

Rita was born (Rosita was her real name) into poverty on a Puerto Rican farm in 1931 (so she will turn 90 this year). “I was barefoot most of the time,” said Rita about her happy memories.

When she was five, her mom divorced and the two immigrated to New York City, leaving her dad and brother in Puerto Rico — she never saw them again. “We came by ship,” said Rita. “I thought the Statue of Liberty was the President.”

Rita says: “Discrimination was real for Puerto Rican’s in the city. I felt like I didn’t have value and had to be careful walking the streets in my neighborhood.”  The impact of these struggles would follow her throughout her life. 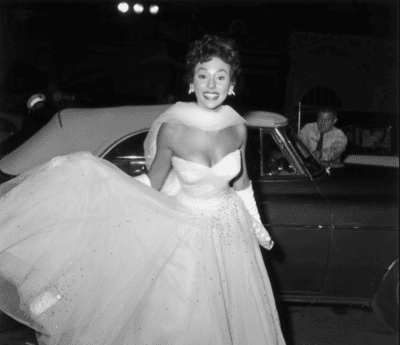 Finding dance and a future in Hollywood

When she was 15, Rita dropped out of school to pursue dance lessons. Dancing became a way to support her family. She performed on Broadway and was discovered by an MGM talent scout who thought she looked like a Spanish Elizabeth Taylor.

Moving to Hollywood brought her roles as any ethnic minority the Hollywood studios needed filled, be it Polynesian, Native American or Egyptian.  Did you know she was in “The King and I”? I didn’t remember. She played Top Tim.

“In Hollywood there was a universal accent,” says Rita. “No one knew the difference when I was cast as an ethnic character, Indian, Russian, didn’t matter.” 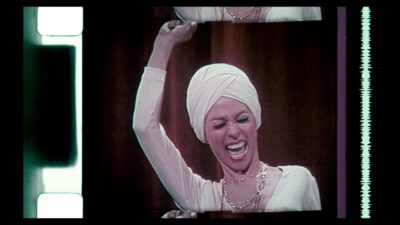 A bumpy road on her path to stardom

The documentary showcases Rita’s humor and grace despite all the struggles she faced on her path to stardom, including harmful Hollywood sexism and abuse, a toxic relationship with Marlon Brando, and severe depression after her breakup with Brando.

Even after becoming the first Latina to win an Academy Award for her iconic role as Anita in “West Side Story,” (in 1961) the studios continued to offer her lesser roles as stereotypical ethnic minorities. “Anita was a girl who respected herself. She spoke up. She became my role model. She didn’t cower like I did,” says Rita.

Thankfully she persevered and therapy helped too. “Finding yourself and becoming a whole person is through therapy,” says Rita. 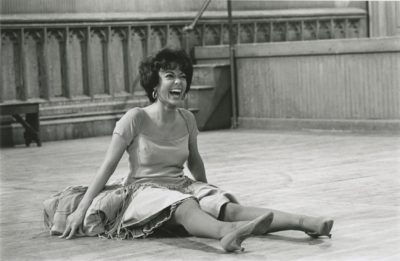 Never giving up, Rita’s talent and resilience triumphed over adversity. After Hollywood, her span widened from Broadway to television. She went on to become the first Latina to win the EGOT, an Emmy, a Grammy, an Oscar and a Tony. She also met her future husband (a Jewish doctor), had a daughter and cherished her home life as well as her work life.

At 64, she got her star on the Walk of Fame. And now later in life, is playing Lydia on the updated “One Day At A Time”series. “Lydia is my mom,” says Rita.

The amazing Rita Moreno is an octogenarian (Courtesy of Roadside Attractions)

A role model and advocate for change

In addition to being a role model for Latina women (evidenced by all the younger Latina actresses who give tributes in the documentary), Rita continues to care about civil rights and women’s rights. She stays friendly with her House representatives in California to support change.  “Wear your nationality like a flag,” proclaims Rita.

“Today she supports women’s rights and the #MeToo movement because of the abuses of power in Hollywood in her lifetime,” says her daughter. 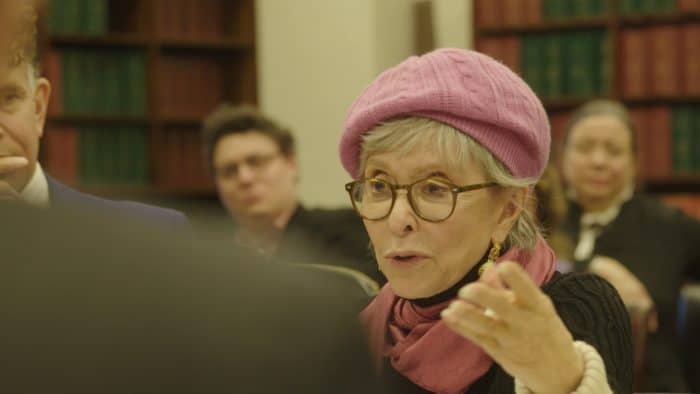 Rita Moreno in the US Senate (Courtesy of Roadside Attractions)

At the end of the documentary, now a widow and looking back on her marriage, Rita reflects: “We really weren’t a good couple. He was sincere. I wasn’t. He was a controller. When Lenny died I gave Rosita permission to leave. I don’t have to answer to anyone else anymore. Living alone is pretty neat especially when you like who you are living with.”

OMG I loved that last quote — it really hits home for me. Maybe because I too am enjoying my alone time now after my long-term relationship breakup. And I too like who I am living with.

My vote: THUMBS UP for  “Rita Moreno: Just A Girl Who Decided To Go For It.” I highly recommend you stream the documentary or find it in a theater near you.