“Nearing 90” – A Cute Compilation of Poems About Aging 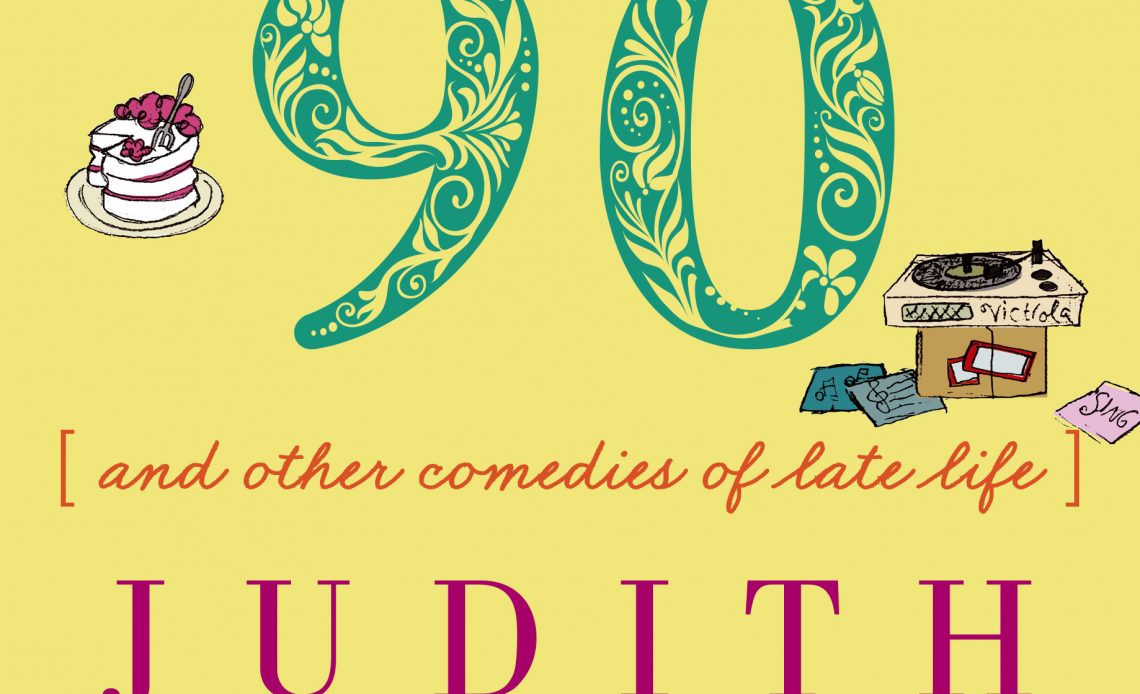 One of my favorite writers, Judith Viorst, has a new book out with poems about aging, this time about late life aging. I had a chance to review the cute compilation called Nearing 90 and Other Comedies of Late Life and chuckled after reading each page. It’s a great book to give to a parent or friend who is approaching their ninth decade.

At 88, Judith uses her well-gained wisdom coupled with savvy and humor to thoroughly entertain. She and her husband Milton Viorst, a political writer, have been partners for nearly 60 years, so she has extensive material to draw from. You can tell from her prose that her marriage is filled with  love.

Getting older and older

Even though I’m almost 30 years away from 90, and hope to reach that milestone one day, I found myself relating to some of Judith’s trials and tribulations of late life aging. For example, in “What Happened,” she writes “…And while, when the children were grown up and gone, and he had finally retired, we were – for better or worse – alone at last; And while, as the years sped past, we found ourselves listening to more eulogies than symphonies; And while I drove him to specialists and he drove me to specialists and we kept each other warm when it was cold, What happened was we got oldish, then older, then even older than that. And then we got old.”

In “Trading Places,” Judith elaborates on the Oscar Wilde quote that “All women become like their mothers.” Yep, it’s been happening to me lately too. How about you? As Judith says, “I once had these conversations with my mother. Now my kids are having them with me.”

There’s another poem called “It’s Time,” where Judith talks about accepting changes, such as “It’s time I gave up showing a little cleavage.” Or “It’s time we stopped eating at restaurants where no one can hear unless, we go on a night we’re not talking to each other.”

Similar in “I Should Be Over This By Now,” Judith laments about her body. She says “And I’m still getting up, pulse racing every morning To read the day’s verdict on my bathroom scale, When I really should be over this by now.” Me too, Judith, me too! 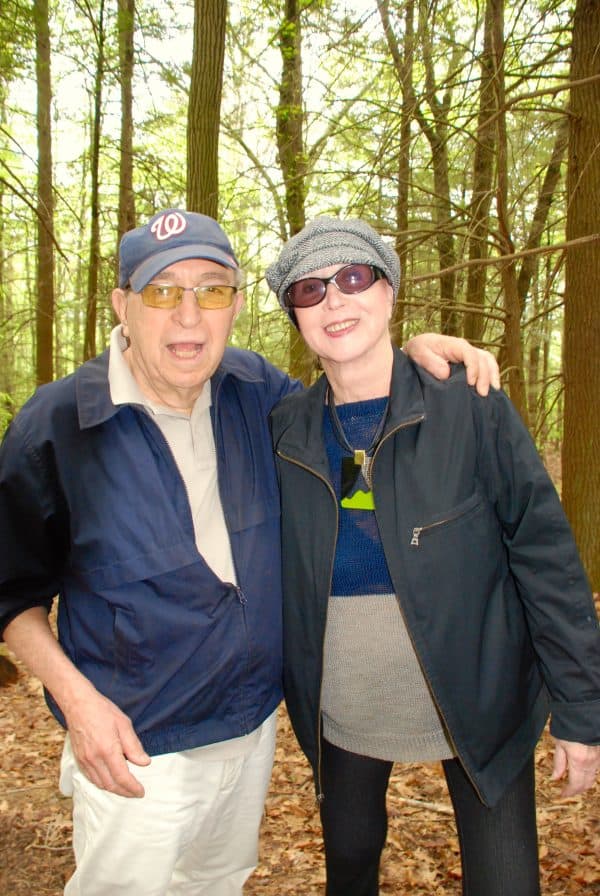 Positive aging is about attitude

The last section of the book titled “Endings” includes poems about different aspects of aging such as creating bucket lists, facing dementia, and facing one’s mortality. Even with serious topics, Judith addresses each poem with candor and grace. That’s because she has such a way with words and a positive attitude about getting older. Instead of the usual things that are on one’s bucket list, her poem about “Some of the Things That Are Not on My Bucket List,” is very funny. She writes:

“I don’t plan on writing a book that is unostentatiously profound.
I don’t plan on getting into competitive rowing.
I just plan on planting some tulip bulbs, hoping to still be around
When the tulips start growing.”

And finally about “Attitude,” which has it’s own poem, Judith says:

“Once upon a time I twinkled.
Now I’m achy, creaky, crinkled,
Also slowed-down, sideline, out of touch.
No stroke. No chemotherapy.
And (as of now) dementia-free.
What’s there to complain about? Not much.”

Thanks for the laughs Judith. I hope I can be as full of life when I’m 88.

Enter the #giveaway for “Forever Fifty” by Judith Viorst

I so enjoyed Nearing 90 that I looked up other books in Judith Viorst’s “decades” series. Most are available on Amazon and a few I found at Thriftbooks. I bought Forever Fifty and Other Negotiations, Suddenly Sixty and Other Shocks of Later Life, and I’m Too Young to Be Seventy and Other Delusions. I missed Unexpectedly Eighty and Other Adaptations. The publisher Simon & Shuster sent a copy of How Did I Get to Be 40 and Other Atrocities. There is also a volume for those in their 30s. All those I did read were entertaining, but I thought Nearing 90 was the best. (Note: I my books at Thriftbooks and they were very inexpensive. Some are used books.)

Judith is equally, if not more famous for her children’s books, specifically Alexander and the Terrible, Horrible, No Good, Very Bad Day. I remember reading Alexander to my kids. It’s a sweet story about a little boy named after one of Judith’s sons, who doesn’t have a good day. The book has sold millions of copies.

Judith has written non-fiction as well. She is a graduate of Washington Psychoanalytic Institute and wrote the bestseller Necessary Losses, which is an excellent book for anyone dealing with grief and loss.

As a tribute to the almost nonagenarian Judith Viorst, I’m hosting a giveaway for Forever Fifty and Other Negotiations. To enter fill out the Rafflecopter entry below or leave a comment about what you love about life now that you’re post 50. (Note: This giveaway is open to USA residents only due to postage.)