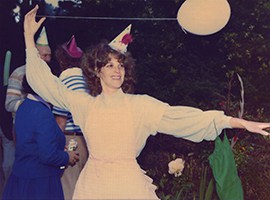 When I think about the early days of Saturday Night Live (SNL), one great comedienne comes to mind and that’s Gilda Radner. Sadly, Gilda died from ovarian cancer at 42. Thankfully, her legacy lives on in the whimsical characters she created and the many contemporary comedians and comediennes she inspired.

Last week, I had an opportunity to preview the new LOVE, GILDA documentary about the life and career of Gilda Radner. My emotions were all over the board as I watched Gilda reflecting on her comedy through never-before-seen-or-heard footage and journal entries. 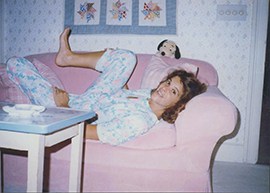 Gilda Radner was a great comedienne.

LOVE, GILDA Will Make You Laugh

I laughed when her  SNL comic characters came on the screen. Characters like Roseanne Roseannadanna, Emily Litella and Lisa Loopner. I was only in my teens when she graced the SNL stage yet I remember these characters well. Each one was priceless and made me chuckle today as much as it did back then.

(Note: If you cannot see the trailer click here.)

In the documentary, Gilda reflects: “I always felt that my comedy was just to make things be alright,” she says. “I could be people that I really wasn’t.”

LOVE, GILDA Will Make You Smile

I smiled as I listened to interviews with her fellow SNL cast and crew with members like Chevy Chase, Laraine Newman and Paul Shaffer. Also interviewed are Lorne Michaels (SNL creator and producer), Alan Zweibel (SNL writer), Stephen Schwartz (Broadway composer); Andrew Alexander (CEO of Second City) and long-time friend Martin Short. Each spoke about their love for GIlda and her outrageous comedic talent. It was nice to hear her diaries read by modern-day comedians including: Bill Hader, Amy Poehler, Maya Rudolph and Cecily Strong.

LOVE, GILDA Will Make You Cry

Beyond her brilliant career, learning about Gilda’s hardships was tough. Despite her affluent upbringing, at times I was sad hearing how her mother treated her as a child, putting her on diet pills during her teens because she didn’t like that Gilda was overweight and liked to eat.

Because of her weight, she was bullied in school. I was glad to know that she had a housekeeper Dibby who she was close to, who respected her, and who enjoyed listening to her skits. Dibby encouraged her to make fun of herself before others did. So she made comedy about her weight. “Comedy is hitting on the truth before the other person thinks of it,” Gilda says in a videotape. 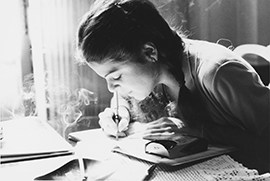 Gilda wrote in journals about her life.

She endures more tragedy when her dad is diagnosed with a brain tumor and dies when she is only 14. Never getting over some of these losses, I can see why Gilda suffered depression on and off throughout her life. (It reminded me in some ways of Robin Williams issues with mental illness.) 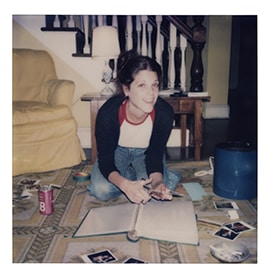 And then in her early 40s, after finally reaping the benefits of fame in television, movies and on Broadway, to see ‘one of America’s sweethearts’ succumb to cancer at such a young age, when she was finally happily married to Gene Wilder — that’s when my tears started flowing. 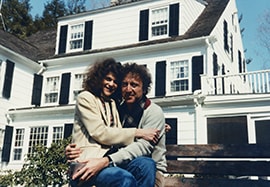 Gilda was on a mission when she got sick. After going to a Wellness Community where everyone was ill and finding support from total strangers, she decided that she wanted to help others as much as they helped her. She wrote her autobiography, It’s Always Something, which was published two weeks after she died. In 1995, her late husband Gene Wilder opened Gilda’s Club, a non-profit organization that supports people and their families living with cancer. 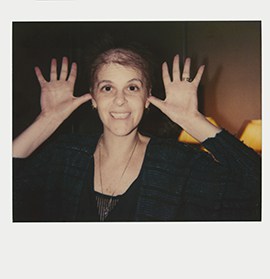 Gilda could even smile when suffering through illness.

“It’s about not knowing,” you hear Gilda narrating. “It’s about taking the  moment and making the most of it.”

Two Thumbs Up For LOVE, GILDA

LOVE, GILDA opened in theaters last week. I give it two thumbs up. If you’re as much of a Gilda fan as I am, I guarantee you will love this film. In fact, after seeing LOVE, GILDA,  I want to read her autobiography. 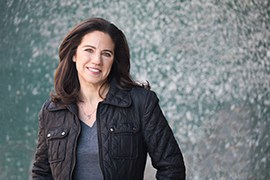 The film was directed by Lisa D’Apolito, who was named one of Variety Magazine’s 10 Documentarians to Watch in 2018. Lisa says, “My hope with LOVE,GILDA is that the audience will go on their own journey with Gilda and that people who love her, discover more about her and people who have never heard of her, are inspired by her story and grow to love her too.” LOVE, GILDA was also selected as the opening night film of the 2018 Tribeca Film Festival.

*Note: All pictures were provided courtesy of Magnolia Pictures.