Two Thumbs Up for LE WEEK-END 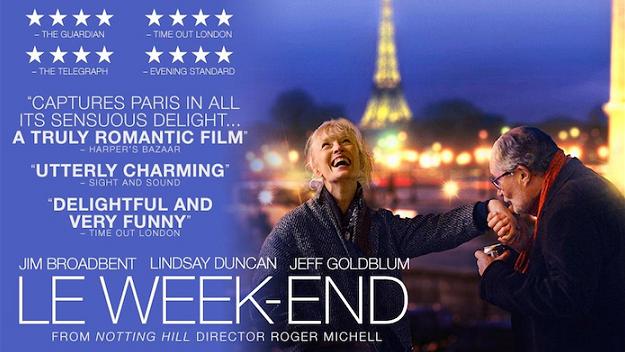 I was invited to attend a screening of the new movie LE WEEK-END. I said yes to the publicist right away when I heard it was a romantic comedy that takes place in Paris. My BFF L joined me as we ventured into Philadelphia early Saturday morning. I was glad that I didn’t invite my boyfriend L, not sure he would have enjoyed the movie as much as  L and I did – think it’s more of a chick-flick, especially for boomer girls. 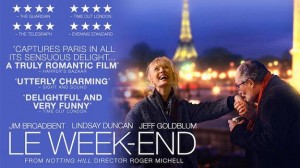 As described in the press materials: “The movie is about a long-married British couple revisiting Paris for the first time since their honeymoon in an attempt to rekindle their relationship.

During a two-day escapade, diffident, wistful Nick (Jim Broadbent) and demanding, take-charge Meg (Lindsay Duncan) careen from harmony to disharmony to resignation and back again as they take stock of half a lifetime of deep tenderness — and even deeper regret. A surprise invitation from Nick’s old friend Morgan (Jeff Goldblum), an amusingly boorish American academic with a fancy Parisian address, soon leads them to an unexpectedly hopeful vision of what their love and marriage might still become.” 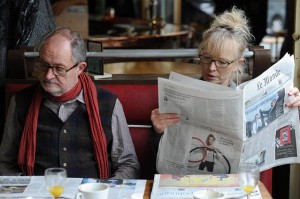 The range of emotions run deep as you watch Nick and Meg deal with the state of their marriage and their individual wants and needs as they come to terms with who they are at this point in their lives.

There are some tender and tough moments between Nick and Meg that reminded me of the ups and downs during my own 24 years of marriage. Now a widow, I often wonder what type of couple my late husband M and I would have become had we grown old together. As for my relationship with my boyfriend L – so far, so good. We’ve only been together for five years and we’re not married.

There are some precious gems from the mouths of Nick and Meg that made me ponder the essence of love and tugged at my heartstrings:

♥ “You cannot love and hate the same person,” says Nick. “usually within the space of five minutes.” 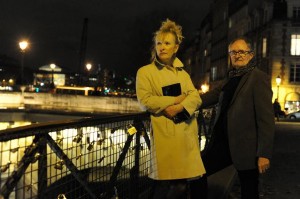 Do I give this movie two thumbs up? Absolument! If you are a Type-A boomer girl like me you will enjoy and identify with Meg, who at sixty-something, is fun, free-spirited and quite impulsive. She also looks amazing in her Parisian black lace dress.

There was a lively talk after the film ended. Reviews were mixed. Most of the women seemed to like the movie, while one man had negative comments. “I think Nick and Meg should have divorced years ago,” he said like a typical male who has no time for dialogue. A few in the audience wondered if Nick and Meg will end up staying married. We’ll have to wait for the sequel (if there is one) to find out, or if not write our own happy ending.

The movie opens on Friday, March 14 in New York and Los Angeles, then expands to cities across the country through the end of April. Should you go see it? Take a peek at the trailer and see for yourself.

As for me, I agree with Meg, “Ah Paris, who’d want to live anywhere else?“