Jackie Kennedy – My Mentor From Afar 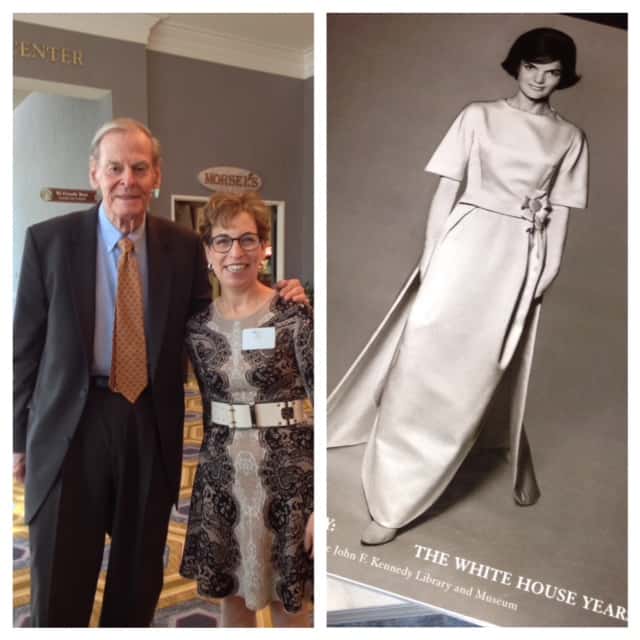 I was only five on November 22, 1963 when  Kennedy was assassinated. I don’t remember much. But growing up, I became enamored with Jackie Kennedy – her fashions, her style, her grace, and her love for her two children Caroline and John. Now, looking back on my own life, I realize that to me she was a mentor from afar. 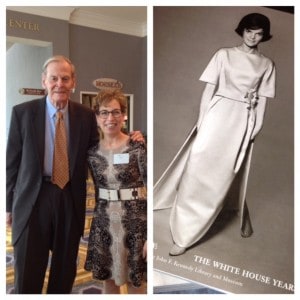 I had an opportunity to meet Julian Read, who was Governor Connolly’s press aide, when I visited Dallas this past October for a Public Relations Society meeting. He was an eyewitness during JFK’s final hours in Texas and wrote a book about it. He talked about how brave and strong Jackie was as she sat alone in the hospital while her husband lay dying from a gun shot wound. Julian said it was so quiet in that hospital hallway that you could have heard a pin drop.

I’ve read many biographies on Jackie through the years – enjoying them all. I’ve watched multiple documentaries about the Kennedy Presidential years and most recently the shows on the National Geographic Channel about the 50th anniversary of President Kennedy’s assassination.

On my coffee table sits the picture book from the exhibit “Jacqueline Kennedy, The White House Years,” which features many of the clothes that Jackie wore during her years as the youngest First Lady. I went to the exhibit when it was on view in Boston at The John F. Kennedy Library and Museum and also saw the clothes for a second time on display at the Art Museum in Washington, D.C. I peruse the book often admiring the simple, elegant fashions. Jackie was first class all the way.

The one outfit I will never get a chance to see in my lifetime is the pink Chanel suit that Jackie wore on that fateful day in Dallas. I’m glad I will never see that shattered pink suit. I would rather remember Jackie in her gowns from Camelot.

As New York Times fashion critic Cathy Horyn wrote about the pink suit, “It is subject to Kennedy family restrictions that it not be seen for almost a century more. If there is a single item that captures both the shame and the violence that erupted that day and the glamour and artifice that preceded it, it is Jackie Kennedy’s bloodstained pink suit, a tantalizing window on fame and fashion, her allure and her steely resolve, the things we know about her and the things we never quite will.”