I Had Smiles and Sadness When Watching SOME KIND OF HEAVEN 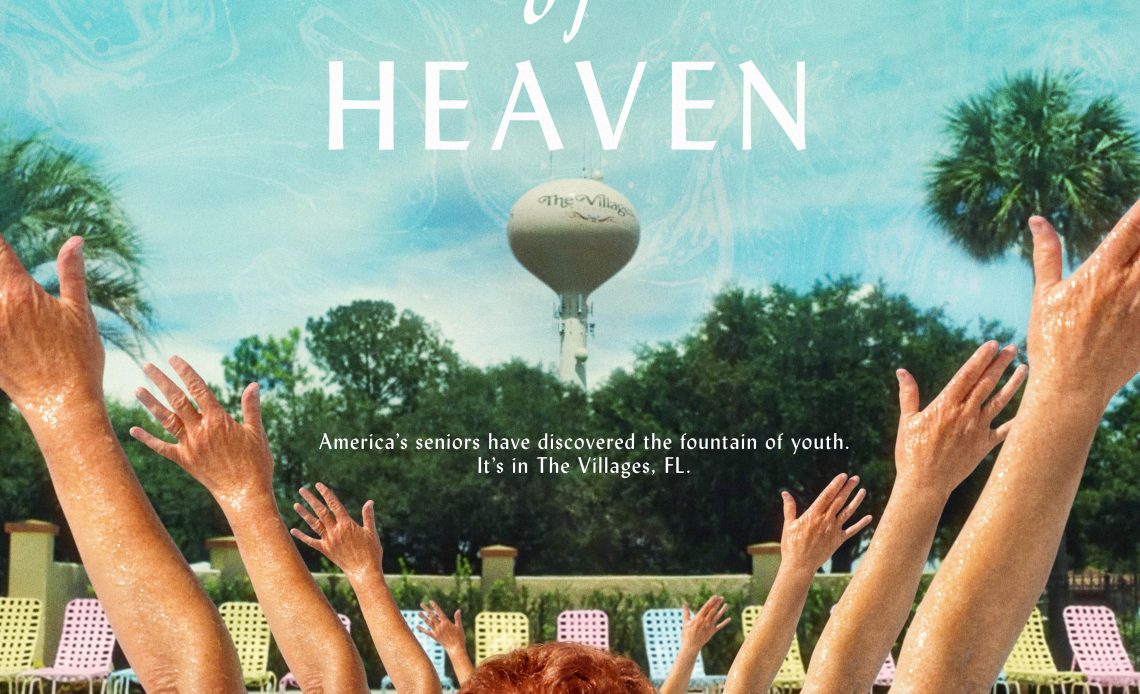 At times while watching SOME KIND OF HEAVEN, my face filled with smiles and I laughed at the The New York Times documentary about The Villages — the world’s largest residential community of senior citizens located 45 miles from Orlando, Florida. Other times I felt sadness for the characters and their struggles to survive amidst the marketing fantasy that The Villages promises.

More than 120,000 seniors live in The Villages, four of whom are at the heart of Florida-native director Lance Oppenheim’s first feature, SOME KIND OF HEAVEN.  As the press release says, “Oppenheim’s portrait peels back the community’s perfectly manicured veneer with incisive wit and surprising warmth.” Or as producer Jeffrey Soros puts it, it’s a film both “for old people, and for everyone who plans on getting old.” 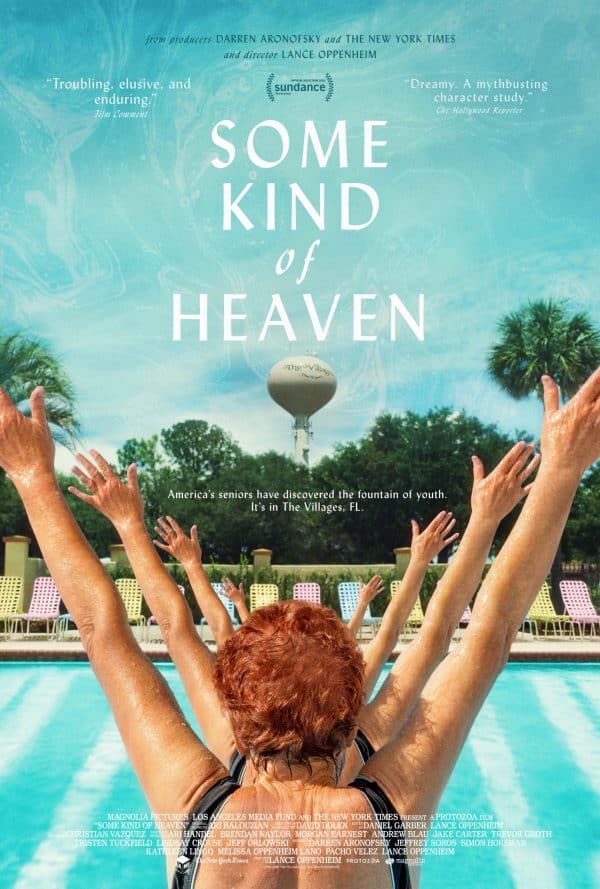 This documentary is about The Villages, a retirement community in Florida

A “Disneyworld-Like” fantasy world for retirees

The idea for “Florida’s Friendliest Hometown,” as it is advertised today, was created more than 35 years ago. As Belinda Carlisle was singing about heaven being a place on earth in the late 1980s, Harold Schwartz and his son Harold Gary Morse decided to build one in central Florida. They dreamed of creating a community that would resemble a “Disneyworld for retirees.” They added an old-fashioned town center with a complete storyline of its made-up history, hoping to appeal to Baby Boomers as a sort of fantasy that reminded them of their youth. Today, The Villages is larger in square mileage than Manhattan and spans across three counties.

If you watch SOME KIND OF HEAVEN, you’ll discover all the attractions The Villages has to offer. In the opener residents tout: “Everything is so positive.” “You’re not going to be tomorrow the same age you are today.” “When you live here you kinda become younger.” (Note: If you cannot view the trailer above: click here.)

There are bowling leagues, rowing, synchronized swimming, karate, tennis, square dancing, acting, pickle ball and many, many more activities. Everyone rides around in golf carts and plays golf. There are clubs for every craft and interest. My favorite group is the Parrot Heads for all the Jimmy Buffet music lovers. One of the biggest is The Villages Singles Club run by Pinkie. There are 20,000 single people who live here, including lots of widows and widowers and lots of women named Elaine! 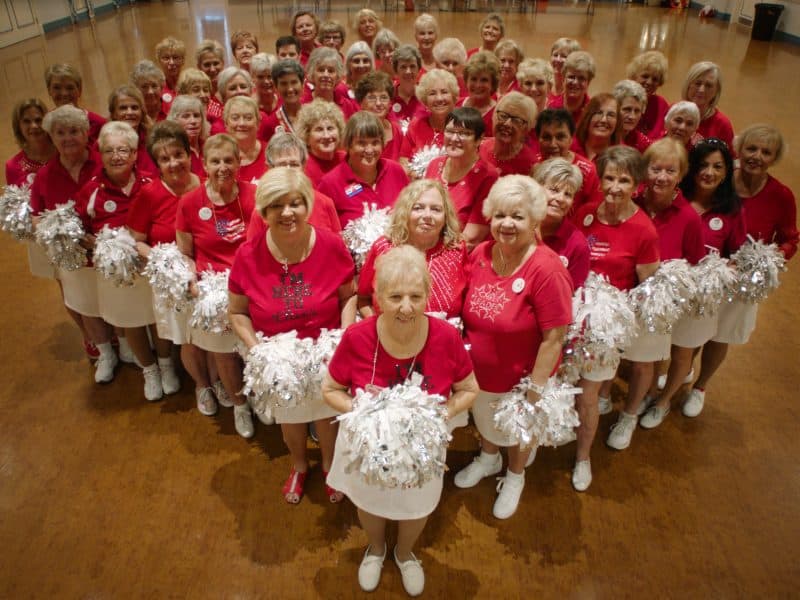 Missed being a cheerleader in your youth? You can be one at The Villages, FL

Oppenheim says he had heard about The Villages since he was a 12-year-old. “If you’re from Florida, it’s almost impossible not to hear about it. On a slow news day, there would be salacious articles about the place with headlines like ‘Seniors Arrested for Public Sex,’ or New York Post articles infamously reporting unfounded rumors about the community’s growing STD-rate. The place – and its residents’ sexcapades – was always treated as the punchline of a joke. To me, that missed the point. I was fascinated that over a hundred thousand retirees were uprooting their lives to cocoon themselves inside this kind of Truman Show-like fantasy world that was designed to remind them of their youth.”

Characters who struggle to realize the dream

All was well until the narrative starts to delve into four spotlighted characters. We learn, as one of the leads Barbara says, “Surely everybody’s life in The Villages is not perfect all the time.” These people and their challenges are real. I think that’s why I got so emotional listening to their stories. Some I wanted to hug and some I wanted to give a kick-in-the-pants. See if you can pick who is on which side, it will be easy as I share their stories.

First, there’s Anne and Reggie Kincer who appear to be a quintessential Villages’ couple until we learn that Reggie has developed a drug problem and gets in trouble with the law.  BTW, they are approaching their 47th anniversary. “When we first moved here it was like being on vacation every day. But it’s not the real world. We live in a bubble,” says Anne. By the end, Anne reflects on her years left: “There’s just less time. You think my life isn’t an indeterminate length of time anymore. You think about what is really important. Maybe things that would bother me before, maybe that’s not really important.” 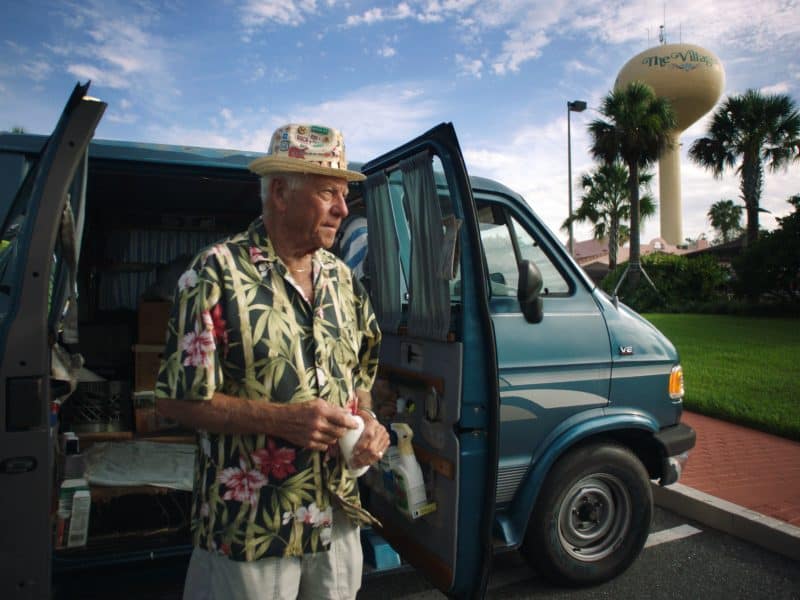 There’s perennial bachelor Dennis Dean, who lives out of a van that he illegally parks on The Villages’ property. An 81-year-old single man on the run from legal trouble in California, he spends his days hustling wealthy widows into letting him stay in their homes and his nights evading security guards. “Comfort or freedom. That’s the way it works. You can’t have both,” says Dennis. He’s not a bad looking guy for his age, but I was angry seeing him take advantage of these women.

Finally, there’s recently widowed Barbara Lochiatto, whose dreams of living out her golden years with her husband Paul ended when he died shortly after they moved to The Villages. Filled with grief and lacking money to enjoy her later years, she struggles to fit into the upbeat life of a Villager. Her hunt for a man did bring me some smiles, especially when she went to The Parrot Head event. 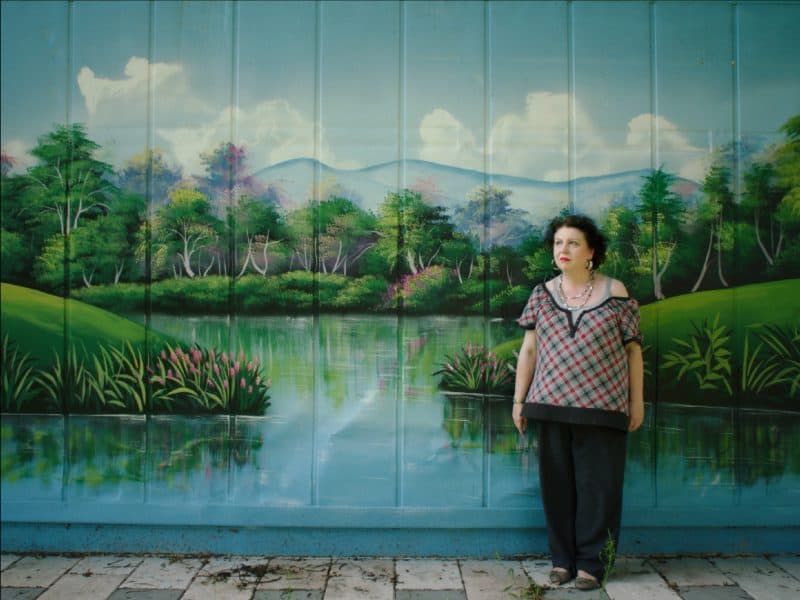 Thumbs up or thumb down 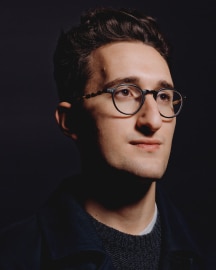 Oppenheim reveals, “The Villages – by design – offers a decidedly conservative vision of the American Dream, and my goal in making this film was to inhabit that fantasy and call it into question. By documenting the experiences of those who didn’t fit into the community’s advertised way-of-life, I was able to explore something more honest, open, and universal about how the human struggle – no matter how much you try to evade it – continues throughout the rest of life.”

In closing, I’d say bravo to Oppenheim and his team for a job well done. Congrats on your documentary’s official selection at the 2020 Sundance Film Festival and other Film Festivals around the world. I hope your first feature wins you many awards. But I give it a thumbs sideways. I was glad to have previewed SOME KIND OF HEAVEN, however it’s not one I’m likely to put on repeat. Plus, even though I might be a bit curious, The Villages is not a place I ever desire to visit during my life after 60.

If you would like to watch SOME KIND OF HEAVEN you can stream it now on a variety of streaming channels.

Note: All photos were provided by Magnolia Pictures.