Would you like to attend a preview of the new television show, Grandfathered, with John Stamos?” asked C from the BlogHer team. The preview was a special event during the BlogHer ’15 Conference held at the Hilton in New York City.*

“OMG, is John Stamos really playing a grandfather?” I exclaimed. “How is that possible? Wasn’t it yesterday that he was Uncle Jesse on Full House?” I watched that TGIF show with my daughter A and son D. It was one of their favorites, even on syndication. 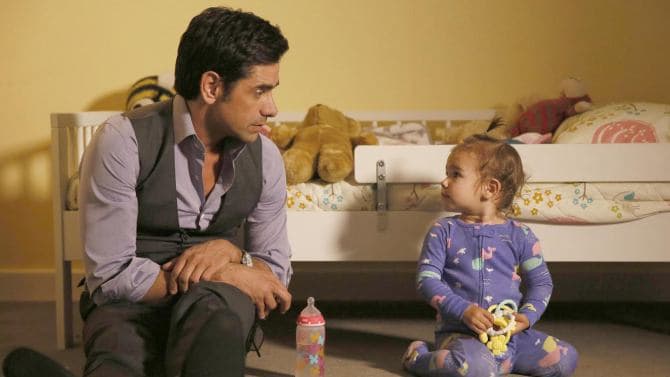 Flash forward 20+ years and Stamos is now fifty-something with a “likely dyed” full head of jet black hair. Grandfathered follows a longtime bachelor, Jimmy, played by Stamos, whose life is turned upside down when he learns he’s not only a father, but also a grandfather. Josh Peck, another child star (from the Nickelodeon duo Drake and Josh), stars as his son Gerald. The series airs on Tuesday evenings on FOX beginning September 29th.

The sitcom is cute. Being a foodie, I liked that Jimmy is a restauranteur. It’s sweet to see how this ultimate bachelor sheds his independence and eventually warms up to his new family.

I had a chance to meet Josh Peck at the preview. He has grown into a handsome young man – almost felt like I was talking to my son D, as they are close in age. I told Peck that D was a big fan of Drake and Josh during his pre-teen years. Peck said that the show still airs on Nick-At-Night. No longer a chubby kid, Peck was dressed in a tailored suit for the occasion. 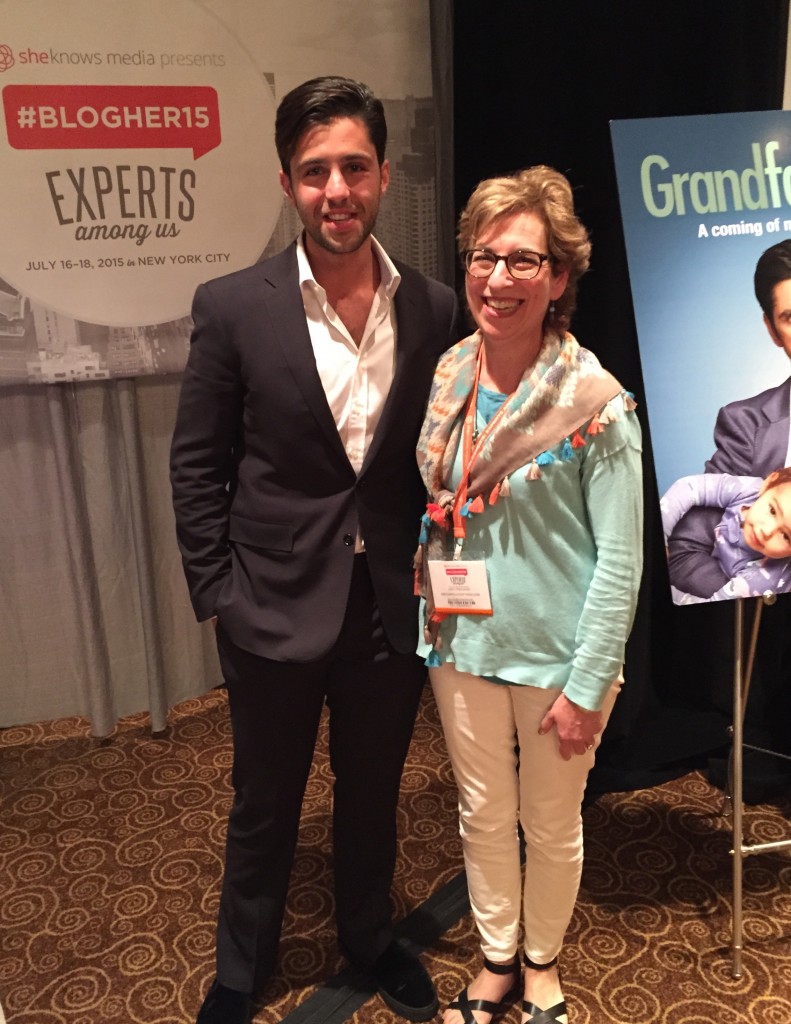 I met actor Josh Peck at the “Grandfathered” preview.

I had a chance to meet Josh Peck at the @Grandfathered preview. #joshpeck #BlogHer15

When Will I Be “Grandmothered?”
As I watched Grandfathered, I thought of my own adult children and how much they both have matured in recent years. I wondered if and when I will be blessed with grandchildren during my life after 50 — likely not until I’m in my 60s. But then again, perhaps I may be “grandmothered” in different way.

“@JohnStamos is @Grandfathered post 50, but when will I be #grandmothered #lifeafter50

I could fall in love with this cockapoo grand pup.

“I really want to get a puppy,” said my daughter A last weekend. “I saw this adorable cockapoo. You will love her.” “You’re way too busy to have a dog,” I said to A. “That’s not true,” said A. “I can walk it early in the morning and when I come home from work. If necessary, I’ll get a dog walker during the day. Plus, I can purchase pet insurance if she gets sick.”

I was hesitant to approve. Then there was more chatter. “You’ll come and babysit or I’ll bring her home sometimes. A puppy is a great conversation piece and maybe I’ll meet a guy while I’m walking the dog.”**

“Hmm, hmm, hmm,” I started to waiver. “Maybe this is not such a bad idea,” I thought as I passed by Biscuits & Bath dog retreat near A’s apartment. I could take my “grand pup” to the local spa when I’m babysitting. Might be nice to introduce her to Grandma Judi’s favorite spa delights early on in life. Just no mani-pedis for my baby cockapoo!

Meantime, I look forward to seeing how John Stamos manages through the trials and tribulations on Grandfathered in September. Maybe I’ll learn some good tips.

*Disclosure of Material Connection: This is a “sponsored post.” FOX and SheKnows Media who sponsored it compensated me via a cash payment to write it. Regardless, I only recommend products or services I use personally and believe will be good for my readers.

** Disclosure about my potential “grand pup”: While I think that this baby cockapoo is absolutely cuddle-proof, I do not recommend that my daughter A get a dog at this time in her life. If she can rent one on weekends, then maybe I’d say “yes.” And her mother (aka moi) is not going to adopt the “grand pup” after A realizes that she is too busy.