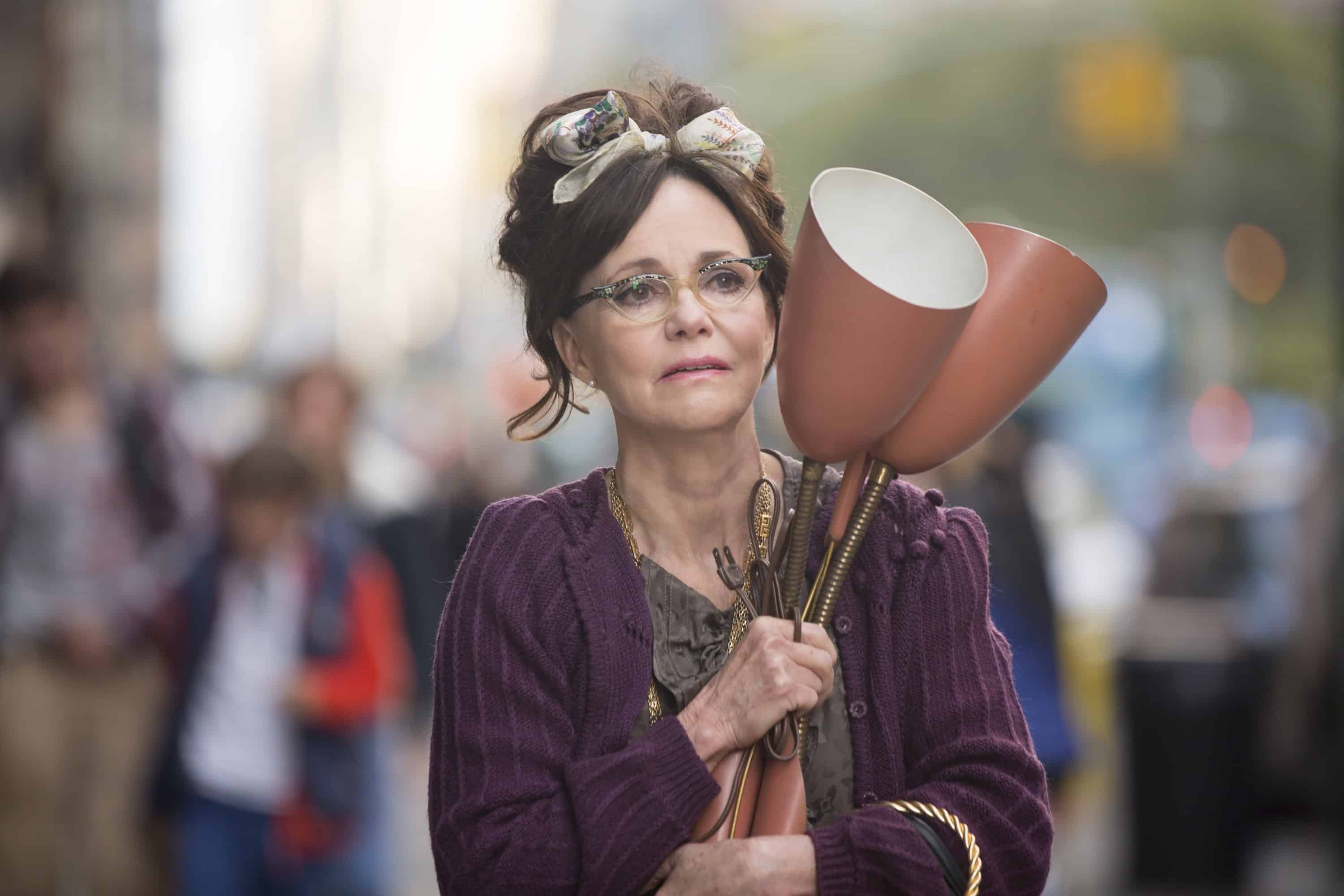 Much has been written in the media about the post 50 invisible woman. It’s been said that women of a certain age fade into the woodwork or fall out of favor as they age.

In the new movie, Hello, My Name Is Doris, I bet you’ll do the opposite and fall in love with the endearing post 50 (actually post 60) female character named Doris. Played by two-time Academy award-winning actress Sally Field, Doris is far from invisible. You’ll also warm to Doris’ handsome co-worker John, the much younger man she pursues, played by the charismatic Max Greenfield.

My BFF L and I went to a special preview of this grownup chick flick this week, which opens nationwide March 18th. It’s a great movie to see with your girlfriends and equally good to take mom to. (Wish my mom was still around, she would have enjoyed this movie.)

Sally Field does a superb job as the eccentric, ever-single Doris, who works as an administrative assistant at a design firm by day and goes home alone to her Staten Island stuff-filled home each night.  When we meet Doris, she is engulfed in grief after losing her mom. Unlike her brother who married and had a family, Doris remained a caregiver to her mom during her entire adult life. 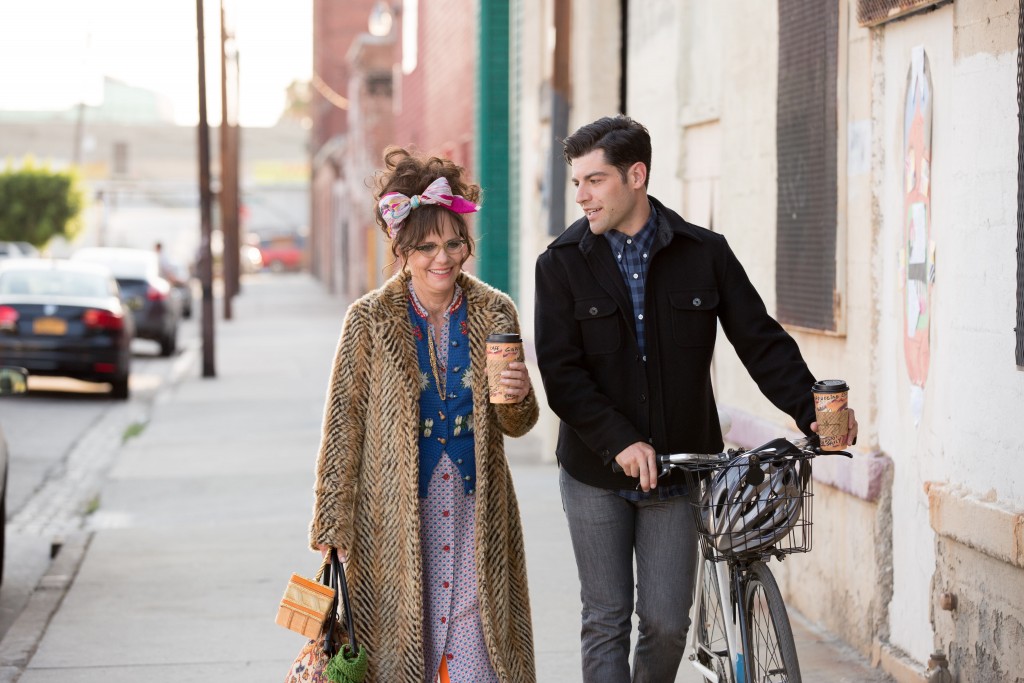 Soon after the movie starts, Doris’ world is turned upside down when thirty-something John joins her office as art director. They meet in the elevator and there is instant attraction. Doris daydreams about John in several amusing scenes and strikes up a friendship. She attends a self-help seminar too, which inspires her to take a chance on their relationship.

The fun begins as Doris listens to advice from best pal Roz’s 13-year-old granddaughter (Roz is played by the marvelous Tyne Daly), who shows her how to use the internet to become a fake friend with John on Facebook. From there Doris learns more about John, pursuing his favorite haunts and whereabouts. 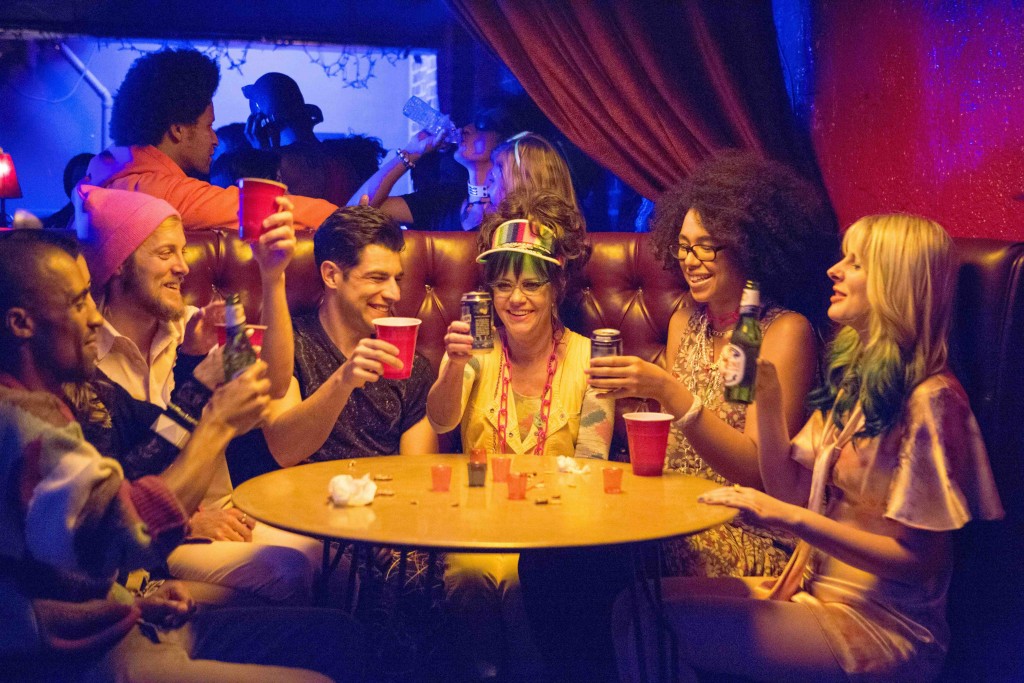 It’s entertaining to follow Doris’ escapades and her ever-evolving vintage attire, as she navigates her way through romance with a guy half her age. When she decides to follow John to a popular techno-music concert in Williamsburg, her wardrobe brightens even more with a neon outfit and matching cap. Not only does she win over John and his hipster friends, she also becomes a model for the band’s album cover.

(Note: if you cannot see the official trailer above, go to Hello, My Name is Doris to view.)

Will her heart be broken or will she end up with John? I can’t tell you or it would spoil the story. Just know that whatever happens, Doris is changed forever by following her heart for the very first time — and that’s all that really matters.

For me, I give Hello, My Name is Doris, two-thumbs up! Go see it and let me know your thoughts.