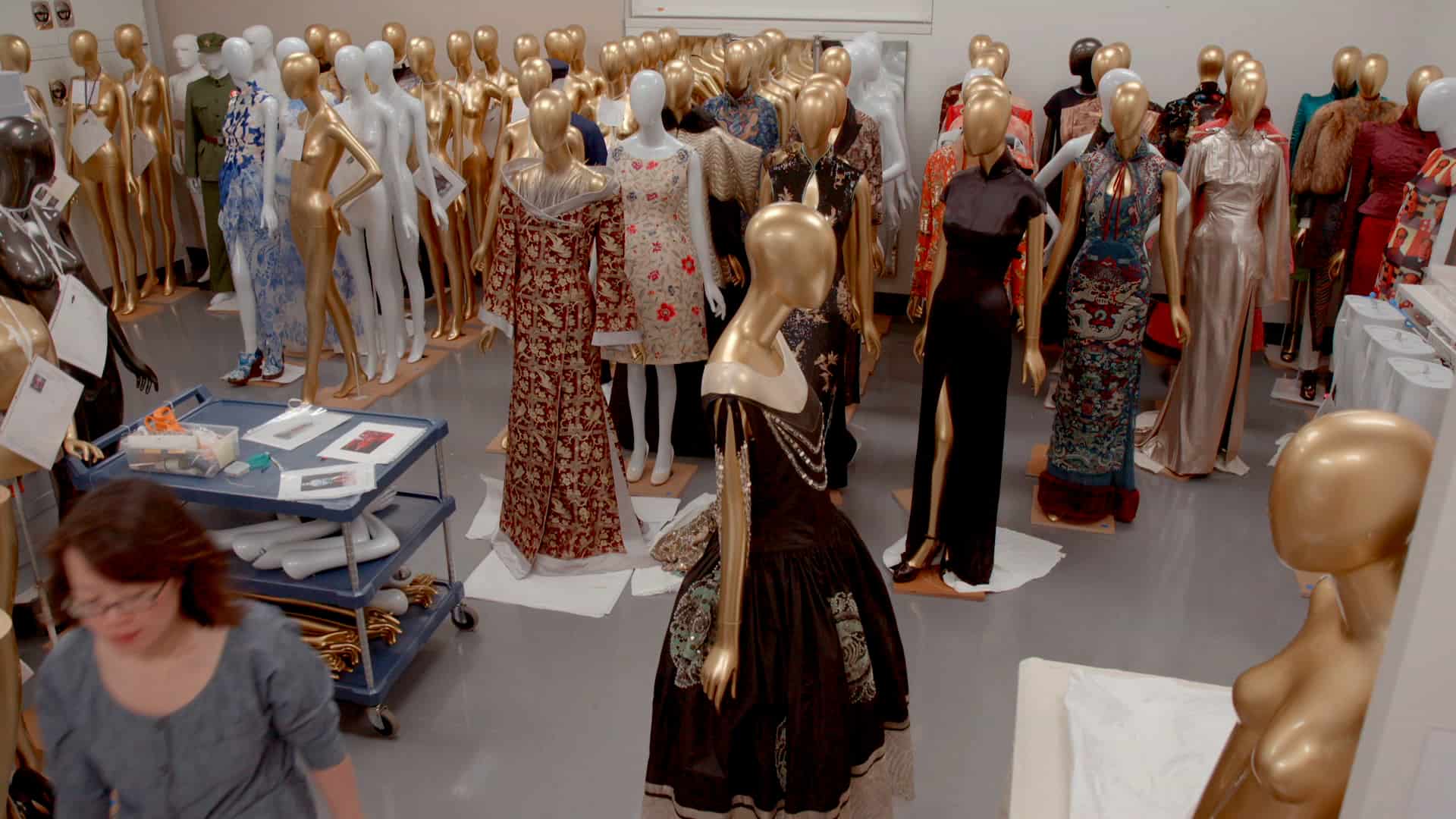 Despite the fact that Vogue editor Anna Wintour did not invite me to the Tribeca Film Festival’s kickoff, or that she declined to send an invite for the 2016 MET (aka. The Metropolitan Museum of Art) Costume Institute Gala which is happening on May 2 (mind you there is still time for an invitation to arrive), I could not wait to watch the new documentary, The First Monday in May. The film is a mesmerizing look at the creation of the MET Costume Institute’s 2015 exhibit “China: Through The Looking Glass,” and the star-studded fundraiser that celebrates the opening. 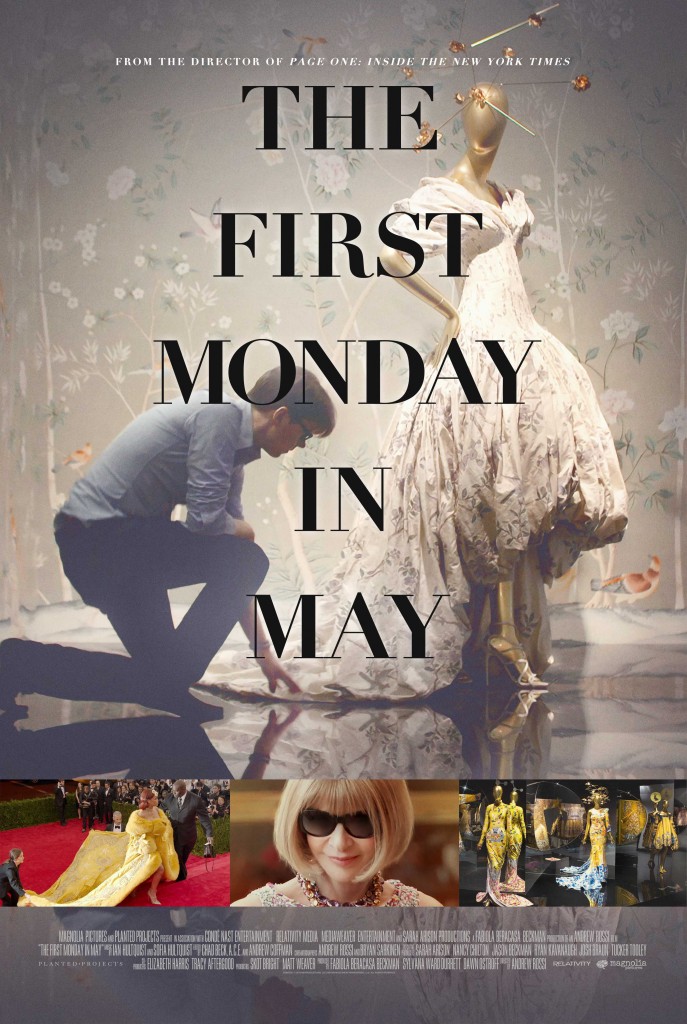 A Preview of The First Monday In May
Thanks to the nice people at Magnolia Pictures, I was able to preview the film on my iPad last week. And I’m here to say that If you’re a fashionista like me, and you missed last year’s exhibit, sadly like me, I encourage you to see The First Monday in May, which opened in select theaters on April 15. While watching the film, I felt like I was an insider on what the former Vogue editor-at-large Andre Leon Talley says, “has become the SuperBowl of…fashion events.” 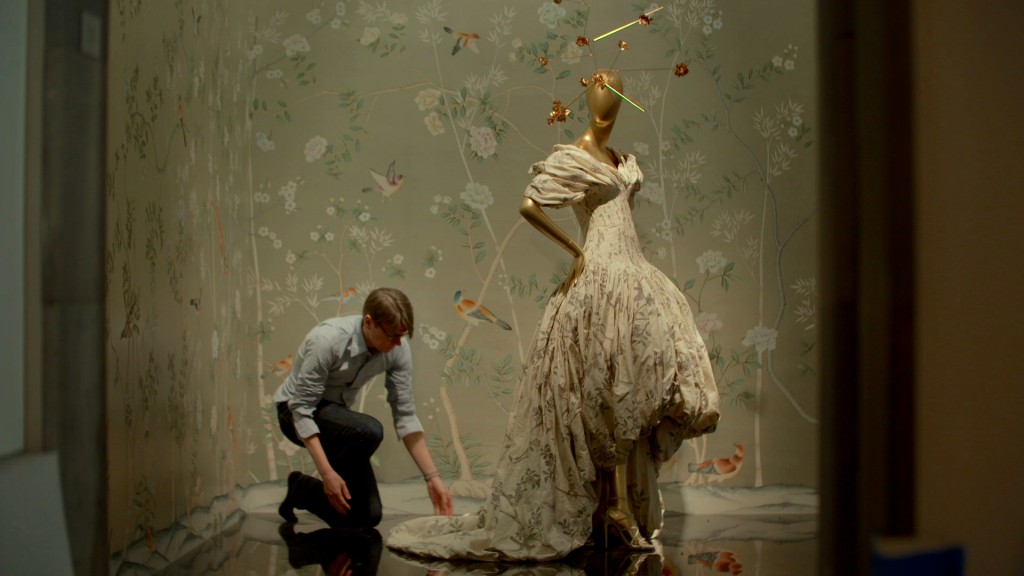 I look forward to my annual trip to see the MET Costume exhibit with two of my BFFs and was disappointed that I had to miss last year’s show. The China show turned out to be the MET’s most attended fashion exhibition ever.

The Making of A Remarkable Fashion Exhibition
In the film, acclaimed documentarian Andrew Rossi takes you behind the scenes of the blockbuster exhibition alongside curator Andrew Bolton and Gala co-chair Anna Wintour. Bolton who recently became head of The Costume Institute, is an incredibly talented curator with a love of fashion since boyhood. It’s fun to learn more about Bolton’s British background and follow he and Wintour as they travel from New York to Paris and then to Beijing to build support for their audacious endeavor. Bolton explains that “this is one of the MET’s most ambitious projects ever, bringing contemporary and historical fashion together with fine art, world history, and film.” 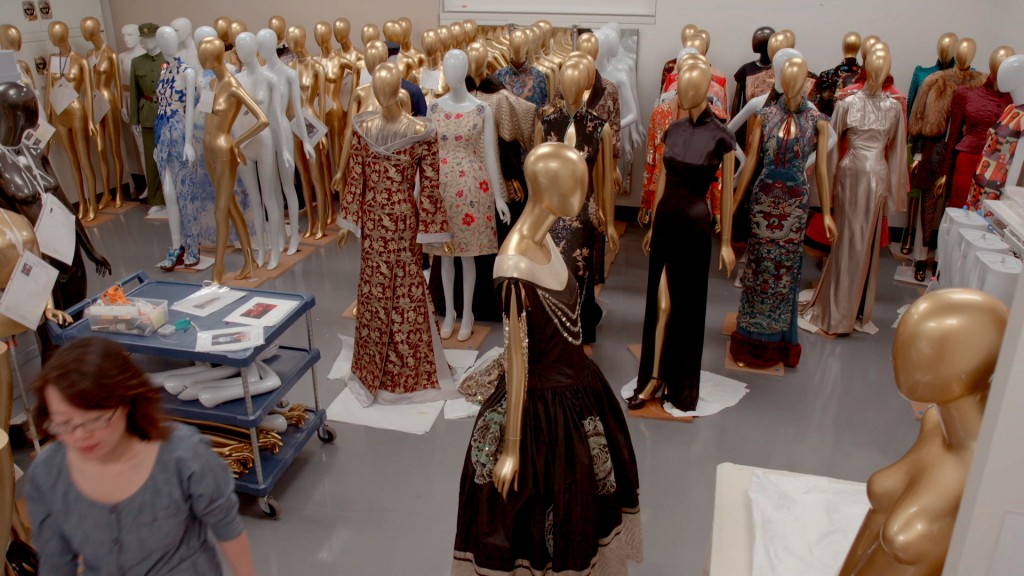 Rossi does a superb job of capturing the mammoth production — with 140 haute couture and ready-to-wear fashions set against a backdrop of Chinese paintings, porcelains and other fine art, as well as films depicting the ongoing cultural dialogue between East and West. (Rossi also directed Page One, another fantastic documentary which follows reporters on the media desk of The New York Times. If you haven’t seen it, I highly recommend it — especially if you are as addicted to reading the Times newspaper as I am. It’s one of my favorite things to do each morning.) 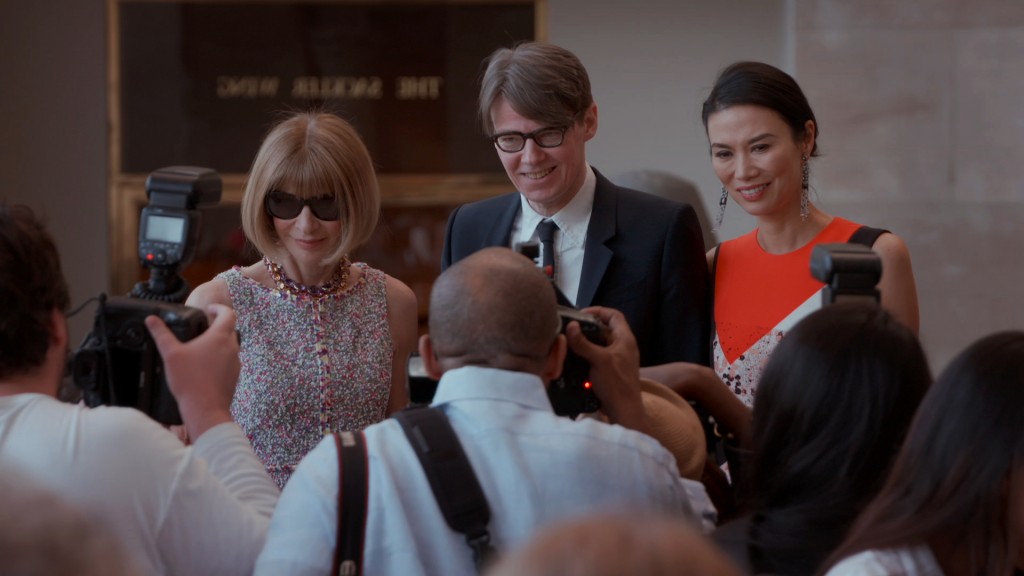 The “Super Bowl” of Celebrity Galas
One of the best parts of the film was seeing the amount of detail that goes into the preparations for the First Monday In May Gala. As one who produced many large-scale events during my former corporate career, the preparations brought back vivid memories of what it takes to create a successful affair.

Which celebrity is sitting where? Which designer outfit is each celebrity wearing? What food is being served, on what plate, and with what silverware? What type of decorative decor is on display in each area of the museum? What type of ambiance is planned for the entrances, the exits and everywhere in-between. It’s clear from the film that Wintour has a hand in every minutiae, including the 250,000 roses used in the centerpiece of the Grand Hall. (Note: If you cannot view the film trailer below click here.)

Is Fashion Art?
What do you think? Is fashion art? As Anna says, “Fashion should be recognized. It touches people. What more can you ask from art?”

The MET has been my favorite museum since I was a child. I loved when my mom would take me to see the Egyptian mummies. We also went to a few Costume Exhibitions too — many years ago when Diana Vreeland was the editor of Vogue. The exhibitions were much smaller then. Perhaps it was the costume exhibitions that drew me to fashion as a teen,  While my ambition to become a famous fashion designer never materialized, to this day I adore clothes and do agree with Wintour that fashion is art.

“We can’t miss the exhibition this year,” I said to my BFF N. “We’re planning our yearly trip to The Costume Institute exhibition for mid-May,” I called to tell my BFF J. Can’t wait to see the exhibit in person this year.

Maybe next year I’ll be invited to the Gala. Please Anna, pretty please! I promise I’ll wear a designer dress, even if I have to Rent the Runway!