When The Girls Outperform The Boys 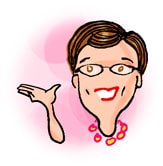 I am pleased to present a guest blogger this week from California. As I mentioned, I will be sharing some posts from talented writers from time to time. This week’s writer is Howard Baldwin, a baby boomer guy. I met Howard at the 2013 American Society of Journalists and Authors Conference (ASJA) in April in NYC. Howard blogs about the aggravations of being a baby boomer at Middle Age Cranky. Check out his blog and also let me (and Howard too) know what you think about his guest post. He went to school with some pretty famous people! 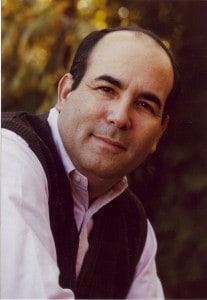 As it turned out, Diane – who is now a professor of ecology and evolutionary biology at UC Irvine — was just preparing me for the rest of my life. Like many of us, I wanted to be a prodigy. If not a prodigy, then at least the one that classmates pointed to at reunions as being the most famous person our class produced.

Didn’t happen. Not only didn’t happen, but if you want to talk about famous people at my schools, they’re not even guys. If there is an inaugural generation where women achieved liberation, mine is it. And, in my circles, they’ve capitalized on it. 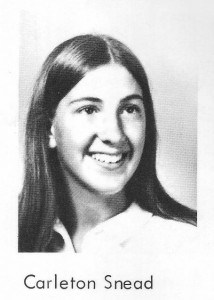 Do you recognize this famous boomer girl from Howard's class?

If you look at the ninth graders in my eighth-grade yearbook – that is, the class ahead of me – under S you’ll find the name and rather nondescript photograph of a girl named Carleton Sneed (the name is misspelled in the yearbook). If that name doesn’t ring a bell, her current name will: Carly Fiorina, former CEO of Hewlett-Packard.

One of my other secondary school classmates, Persis Drell, spent 12 years as a professor of atomic physics at Cornell. She left Cornell to become the director of the Stanford Linear Accelerator Center (SLAC), a job she held for five years. Her father, a storied physicist in his own right, served as only deputy director. Another high school classmate, whom I knew as Peggy, is now better known as Margaret Hamburg, M.D., whom President Obama named as Commissioner of the Food & Drug Administration in 2009.

At Stanford, you’d think that my era would have produced some famous guys, if only traders indicted in some Wall Street scandal. Nope.. The most famous people in the Stanford Class of ’77 are Mae Jemison, the first African-American woman to travel in space, and Gale Anne Hurd, who wrote or produced some of the biggest science fiction classics of the last 20 years, including The Terminator, Aliens, Alien Nation, Armageddon, and more.

Of course, there are distinct advantages, for a guy, to having grown up among and competed academically with such women. You get comfortable with women who are smarter than you are, which always helps in a relationship. The best advice my mother gave me was to marry a smart woman, one who’d always be able to help me through life. Following that advice was the smartest move I ever made.

As a mature, politically correct boomer, I relish and appreciate the smart women in my life. The third-grader inside me, on the other hand, is still a little jealous.

Thank you Howard for sharing your story with us. I’m glad that you appreciate the smart women in your life. There are so many talented and smart baby boomer women in the world.