Remembering Mom With Her Sweet Poetry on Mother’s Day

It’s been three years since my mom passed away at 91 and not a week goes by that I don’t think about her. Oftentimes I wish I could pick up the phone and call to tell her about my day, or about my kids, or discuss my fears, so that she can tell me everything is going to be okay.

When my sister and I packed up my mom’s condo after she moved into an assisted living residence, I found 11 small pieces of paper all folded up neatly in an envelope in her desk drawer. The papers were brown around the edges and tattered from age. I opened each one very slowly, being careful not to tear the seams. Inside each folded paper was a sweet poem. Seems my mom was a poet and I didn’t even know it. 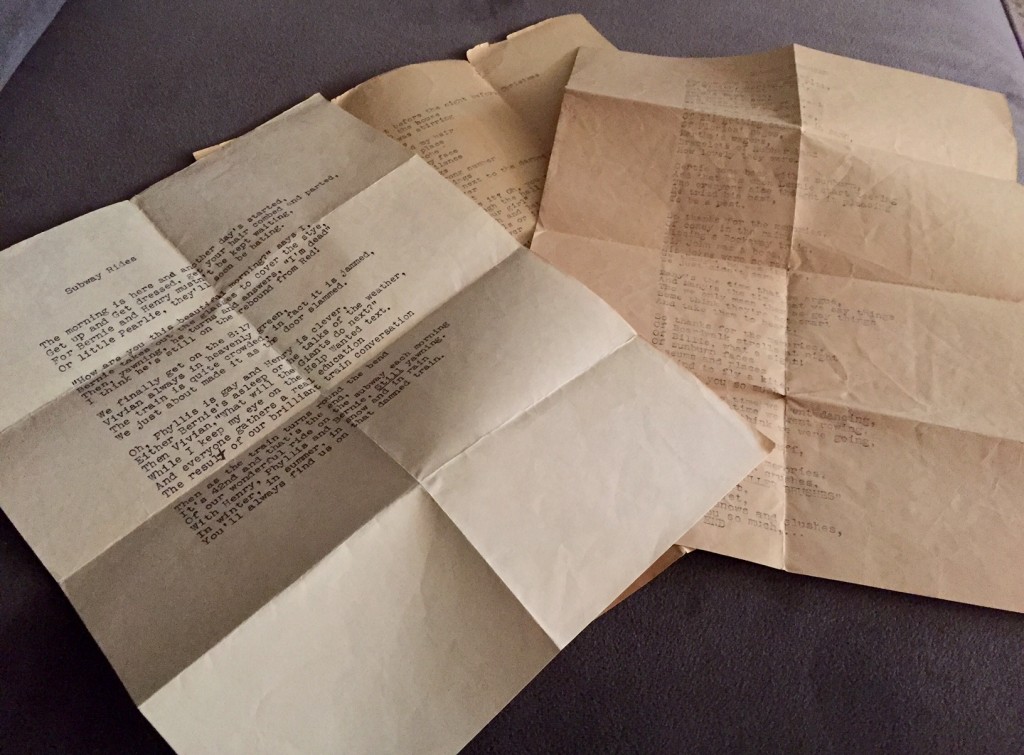 I found 11 pieces of tattered paper with poems my mom had written in the 1940s.

Composed in the 1940s when my mom was in her 20s, her poems tell stories of men going off to World War II with hopes that they return. There are verses about young love and friendships, and about what family life was like in those days. There are tales of summer outings and frolics at the beach. From her words you can tell that mom was a keen observer of her surroundings and enjoyed having fun with rhyme.

There were no computers or mobile phones in the 1940s. Mom hand-typed each poem on a typewriter, sometimes crossing out words and replacing them with others. I don’t even think there was white-out back then.

Mom grew up in the Bronx and traveled by train to her job in Brooklyn. She would be very surprised to see what a hipster place Williamsburg and its nearby neighborhoods have become today.

I’ll be celebrating Mother’s Day with my daughter A and my son D in NYC this Sunday. We’re having brunch at a hot new restaurant in town. Maybe when we’re done, we’ll take a ride on the subway in honor of my mom, their late grandmom Pearl.

My mom wrote a poem called “Subway Rides” that I’d like to share with you. Go ahead and read it. Then close your eyes and see if you can picture what it was like to be young, single, and living in NYC more than 70 years ago. 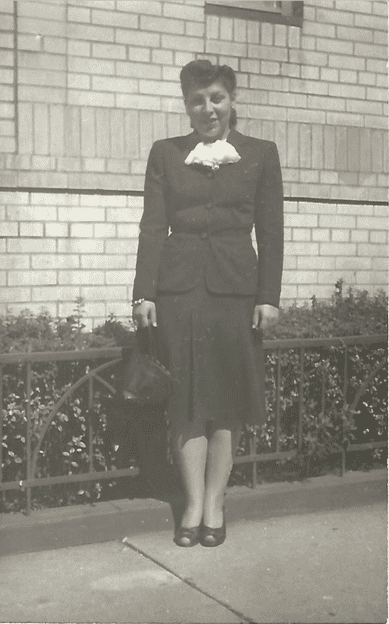 My mom took the subway to her job in Brooklyn during her 20s.

SUBWAY RIDES
The morning is here and another day’s started,
Get up and get dressed, get your hair combed and parted,
For Bernie and Henry mustn’t be kept waiting,
Or little Pearlie, they’ll soon be hating.

“How are you this beautiful morning?” says I,
Bernie takes out the glasses to cover the stye,
Then, yawning, he turns and answers, “I’m dead,
I think he’s still on the rebound from Red!

We finally get on the 8:17
Vivian always in heavenly green,
The train is quite crowded, in fact it is jammed,
We just about made it as the door slammed.

Oh, Phyllis is gay and Henry is clever,
Either Bernie’s asleep or he talks of the weather,
Then Vivian, “What will the Giants do next?
While I keep my eye on the Help Wanted text.
And everyone gathers a real education
The result of our brilliant train conversation.

Then as the train turns round the bend
It’s 42nd and thats the end,
Of our wonderful ride on the subway each morning
With Henry, Phyllis and Bernie, still yawning.
In winter, in summer, in snow and in rain
You’ll always find us on that damned train.

Did you close your eyes? Did you see Pearl and her pals on the subway in their 40s outfits chatting away? 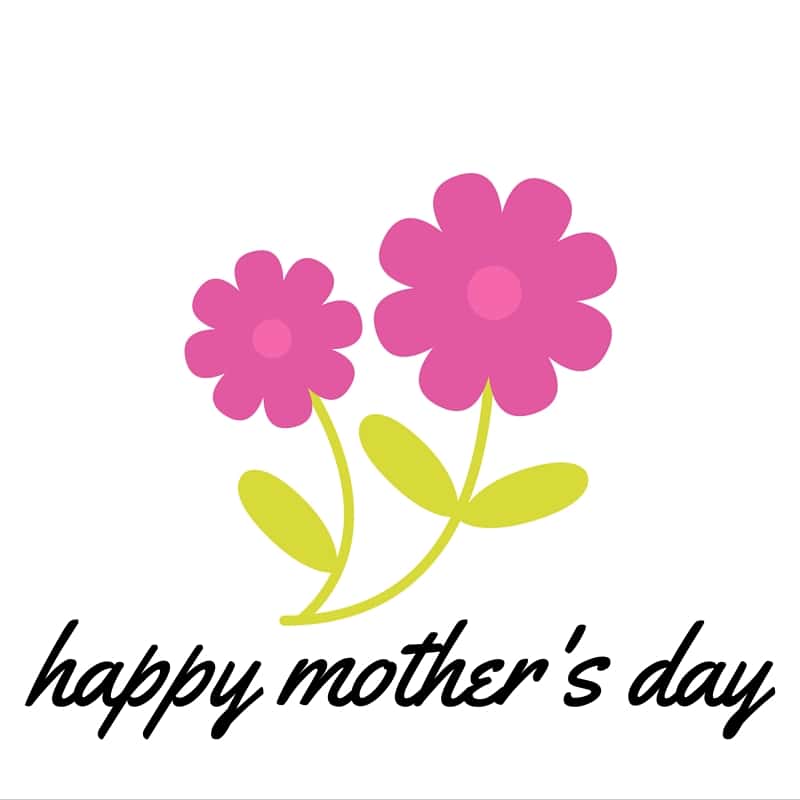 Have a wonderful Mother’s Day.