My Big Boy Moves To The Big City

Today is Father’s Day and tomorrow would have been my late husband M’s 61st birthday. I’m missing M. So much has changed since he passed away almost five years ago, especially our son D, who graduated from college last month, who got a job in NYC and who moved into Manhattan yesterday. 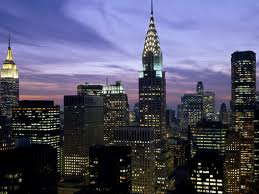 “We missed the exit to the Lincoln Tunnel,” said D as we drove around Jersey City. “My bed is scheduled for delivery between noon and 4:00 p.m,” he added as we turned the car around and headed back to the NJ Turnpike to find the Lincoln Tunnel. It took us over two and a half hours to get to Manhattan, but I was zen and just kept breathing.

I had been running around the day before to get everything on D’s list for his new bachelor pad that he will be sharing with two other bachelors – mattress cover to protect his mattress from bed bugs, mattress pad to make his bed more comfortable, bed skirt to cover his new box spring, sheets for his new full size bed, towels for the bathroom, pots and pans for the kitchen, and an air conditioner for the bedroom (since there is no central air in his apartment).

“We’ll never find a parking space,” said D as we arrived on his street on the east side of Manhattan. “There is a police station on my block so there is no place to double park.” Surprise, surprise, surprise – there it was, right opposite the police station, an open spot. (“I know your dad is looking out for us,” I muttered as I thought of my late husband M. After I met M in the early ’80s, we lived almost exactly one block away from where D is now about to live.)

D emptied out the car. Carrying boxes and clothes up the three flights of stairs. His sister A came along for support. She too moved to NYC almost four years ago. It felt like just yesterday that D and I were moving A into her apartment.

“I’m here to help,” said A as she dropped her purse in the car and pulled out a few items to carry. “What number is D’s apartment?” “Eleven,” I said and off she went.

“Where is A?” asked D when he came back to the car for more stuff. “I don’t know, I thought she took things up to your place,” I replied somewhat perplexed. D tried to call A, until we both realized that her smartphone was in her handbag which was in the car. She had left about five minutes ago, so I wondered where she was.

“WTF,” yelled A as she stomped out of another building. “I thought you said it was apartment 11. I was ringing the doorbell and knocking on the door wondering why no one was answering. “Ooh, ooh, ooh, close call, glad no one was home. That was the wrong building, how did you even get through the front door?” I said. “A girl let me in,” said A.

I sat in the car under the bright sunshine as D and A emptied the car until only one pair of dress shoes was left for the taking. “I want to see your apartment before I take off,” I said. I walked up the three flights. There was the small kitchen (which D said can fit a table for two or three). There was the small bathroom (it was long and narrow and the medicine cabinet almost came off the wall when I opened it). There were the three teeny tiny bedrooms (D took the mid-sized bedroom, although I couldn’t really tell the difference between the three bedrooms – but I didn’t say that.) There was the tiny living room (which will eventually fit two futons and a coffee table). “Yes, this will be a fine new home,” I said to D.<

I walked back down the three flights of stairs being careful not to trip on the one step that was uneven.  I got back into my car that was parked illegally in front of the police station. I drove back across 34th Street from the east side to the west to enter the Lincoln Tunnel (my heart was beating fast and thank you M, I know you were looking out for me – I didn’t hit anyone while driving across town).

Instead, I called D and I said, “Hi sweetie. I love your new apartment. It reminds me of my first apartment in NYC. I had some of the best years of my life back then and so did your dad. I know you are going to have great times in your new apartment.”

“Empire State of Mind” came on my iPod when I was exercising at the gym this afternoon. I couldn’t resist singing along in dedication to D’s new digs:

One hand in the air for the big city
Street lights, big dreams all looking pretty
No place in the world that can compare
Put your lighters in the air
Everybody say yeah, yeah, yeah, yeah
(Come on, Come on)
In New York, concrete jungle where dreams are made, oh
There’s nothing you can’t do, now you’re in New York
Big lights will inspire you, let’s hear it for New York
New York, New York

M and I loved New York when we were young. I still love New York. I do. I do. I’m so glad my daughter A and my son D love it too.